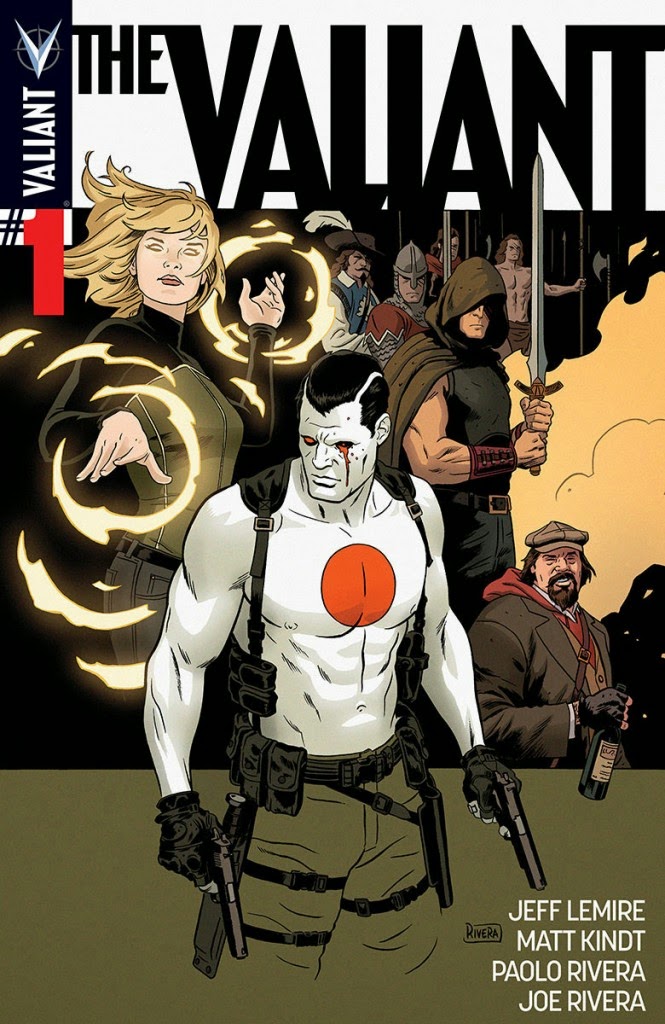 An epic struggle between the protectors of Earth and chaos that spans centuries and civilizations has unfolded with every battle ending in the same way. Can the pattern be broken? Can entropy and decay be defeated? Is it good?

Writers Jeff Lemire and Matt Kindt spend the first ten pages of The Valiant portraying a multitude of battles between Gilad, the immortal protector of the Geomancers, and a force of entropy and decay. The narration takes the voice of Gilad giving the reader a good view into his unflagging determination and belief he can adapt to overcome the Immortal Enemy. However, outside of the narration, Kindt and Lemire adopt a different tone. The Immortal Enemy taunts Gilad and challenges his belief and determination with the power of a law of nature. In just ten short pages Lemire and Kindt introduce a strong stalwart character only to bring doubt and defeat to break this potential hero.