A group of magicians known as the Society of United Magicians has had a number of members go rogue in pursuit of Harry Houdini’s secrets regarding The Last Illusion. The only man who can stop these magicians from continuing their murderous spree is The Shadow! Will he be able to put an end to their killing before they acquire Houdini’s secret?

Cullen Bunn begins  by introducing the antagonists led by a magician named Fritz. However, the way he introduces him is really odd. A doctor, who has been treating another magician, has decided to leave for the night and what does Fritz say when he runs into the doctor? “Your services are no longer required here.” It just doesn’t make sense given the fact the doctor had already relayed this information to Carlini, the magician he was treating, and the fact the doctor was leaving!

Bunn makes a similar mistake when introducing The Shadow. After a somewhat comical and engaging action sequence, The Shadow questions a clown with, “Had you just answered my questions, we could have avoided this unpleasantness.” However, The Shadow had never asked any questions.

If you thought he could be forgiven for these two errors, it happens a third time. A fleeing magician relays he is being chased by The Shadow. What does his driver ask? “What kinda trouble did you bring with you, Fitzwig? The Shadow?” Duh! he brought The Shadow because that is what he just told you! 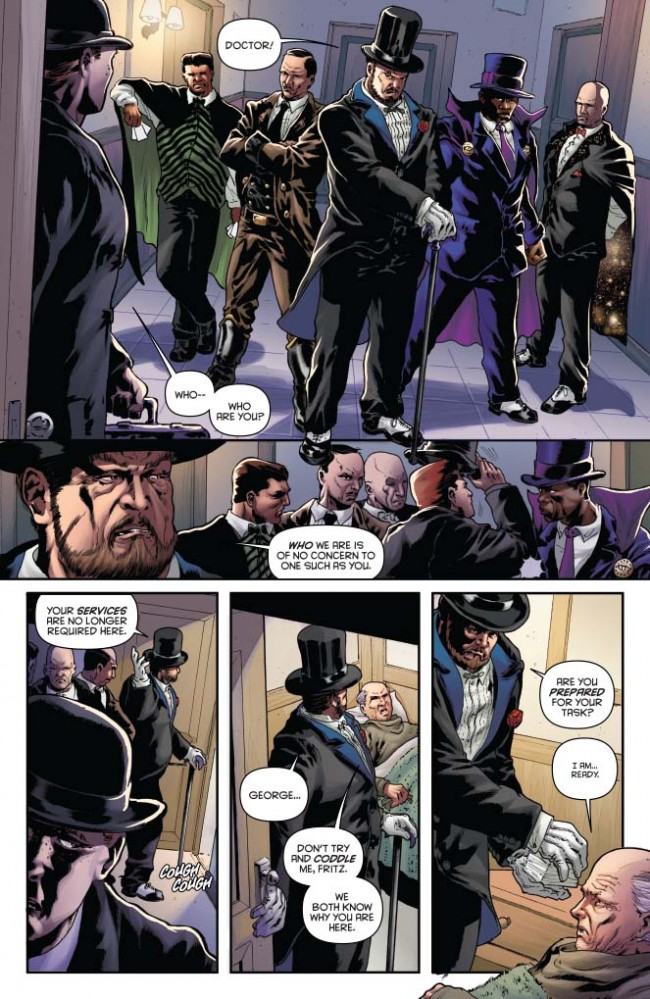 The sloppiness in the dialogue isn’t the only drawback to this issue. The first ten pages have you jumping between stories without any context or reason for what is happening. You have a vague idea that Fritz is the villain, but he hasn’t actually done anything evil yet. The Shadow is hunting down the magicians and we aren’t really sure why. This goes on for about ten pages before Bunn finally relays some exposition and gives us a back story on why the magicians are such bad guys. Given, there is a short introduction on the title page which provides some context for the events.

Artist Giovanni Timpano excelled during the action sequences. In the first one, The Shadow combats a multitude of enemies. The way he lays out the panels with almost a different opponent in each panel encapsulates The Shadow’s speed and quickness in combat. He was also able to quickly add tension after providing comic relief. He builds the tension by bringing in a thunderstorm that first appears distant in the background, but quickly is upon The Shadow and a fleeing magician.

Colorist Marco Lesko does an excellent job of switching his color palette between the two scenes from lighter browns and purples to almost a dark sea green and a good use of lighting with white and yellow to brighten the darker colors.

The art wasn’t without fail though. Timpano uses a technique where instead of cutting a character’s bottom torso off because of the panel, he extends it into the panel below. However, while doing this, it makes the character appear as if they are on thin air or they are stepping on an actual wall instead of the floor. It is rather jarring and distracting as you read through the book. 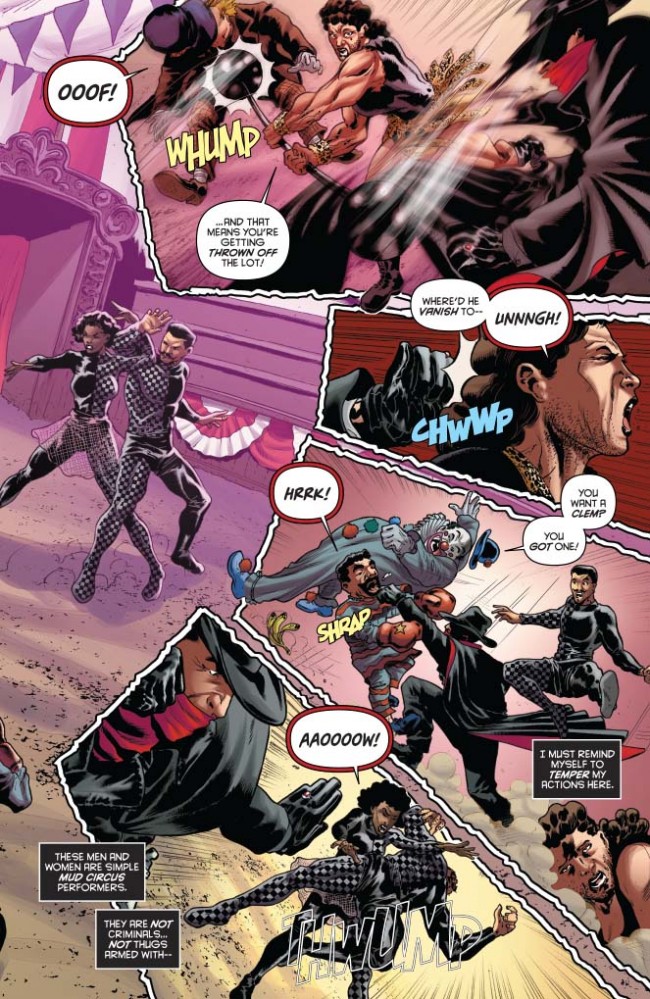 The Shadow Volume 2 #1 struggles to find itself until the very last pages, but those last pages really draw you in showing the true horror of the villains and the reason The Shadow is in pursuit. There were a number of sloppy dialogue choices referencing plot points that don’t exist or asking a question after the answer already had been provided. The artwork was decent except for the use of the panel overlap technique where characters knees will end up on other faces in a different panel or their feet will be on a wall instead of the floor. The coloring did a fantastic job of shifting the mood and tone of the issue from a light-hearted almost comical action sequence to a serious chase scene.