Author Chip Reece was inspired to create [easyazon_link identifier=”1934985384″ locale=”US” tag=”bounintocomi-20″]Metaphase[/easyazon_link], a graphic novel about a super-powered child with down syndrome, after having the privilege of raising a son with the disorder. He noticed that there weren’t too many super-heroes with disabilities, and looked to Kickstarter to get things going.

The resulting graphic novel is a straightforward origin story. Ollie, like many children born with down syndrome, has a congenital heart defect. Despite this, he dreams of someday being a super-hero like his father, Sentinel. The boy seeks out a company offering to give people powers via a day-time infomercial, which is run by the villain of the tale.

Unsurprisingly, there’s a lot of heart to this story. While it’s a bit disappointing to see Ollie written without any of the cognitive impairments that most children with down syndrome experience, his disorder is portrayed well. It really lends to the way we see the relationship between the father and son. Their interactions create the most heartfelt moments in the book.

Reece’s passion can be felt throughout the novel, even as it transitions from scenes at the family’s home to more “comicy” locations, like the scene of a supervillain attack, or a bad-guy’s laboratory. The characters and setting are presented with enthusiasm, making what would otherwise be a dull and cliched backstory into a warm and inviting experience. 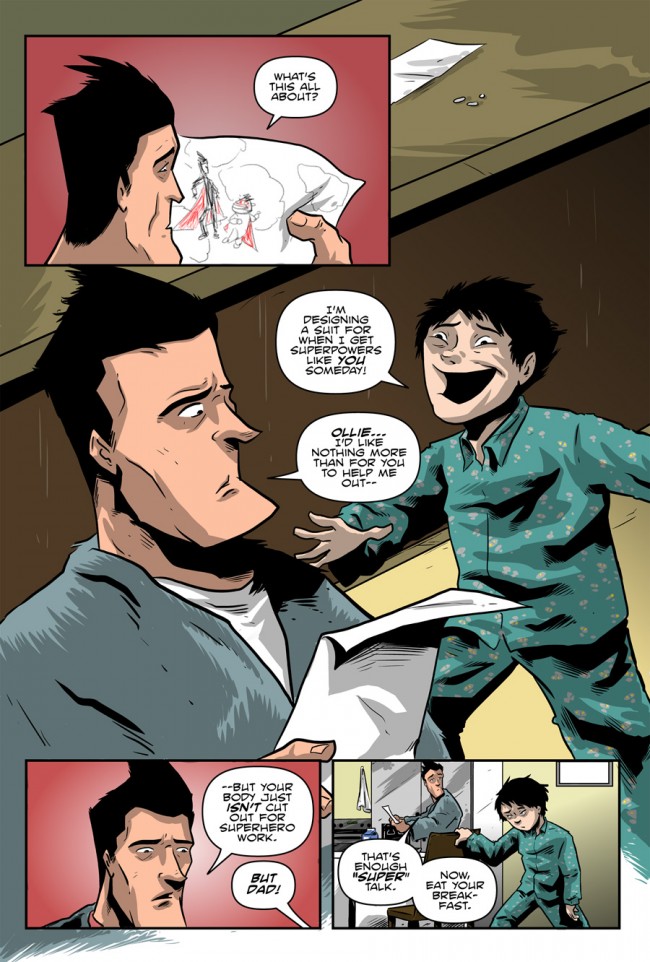 Much of this is accomplished with Kelly Williams’ unique, understated art. The panels are simple and elegant, often really only showing the focal points of each scene – the characters themselves, or some objects they are interacting with – leaving other details out of the picture. It works well for this kind of story, as characters and their experiences are brought to the forefront of the reader’s mind, distracting them from the barely-explained mechanics of the super-hero setting.

Unfortunately, though, I found it impossible to ignore those details altogether. I often found myself wondering what exactly Sentinel’s powers were, or how exactly a hack scientist discovered that he could give average people super-powers. Questions like these never receive an answer, or even much attention in [easyazon_link identifier=”1934985384″ locale=”US” tag=”bounintocomi-20″]Metaphase[/easyazon_link].

A similar problem exists with how the panels are drawn. While the art style itself is great, it is often difficult to keep track of where characters are when they transition from scene to scene, and the action can be hard to follow. 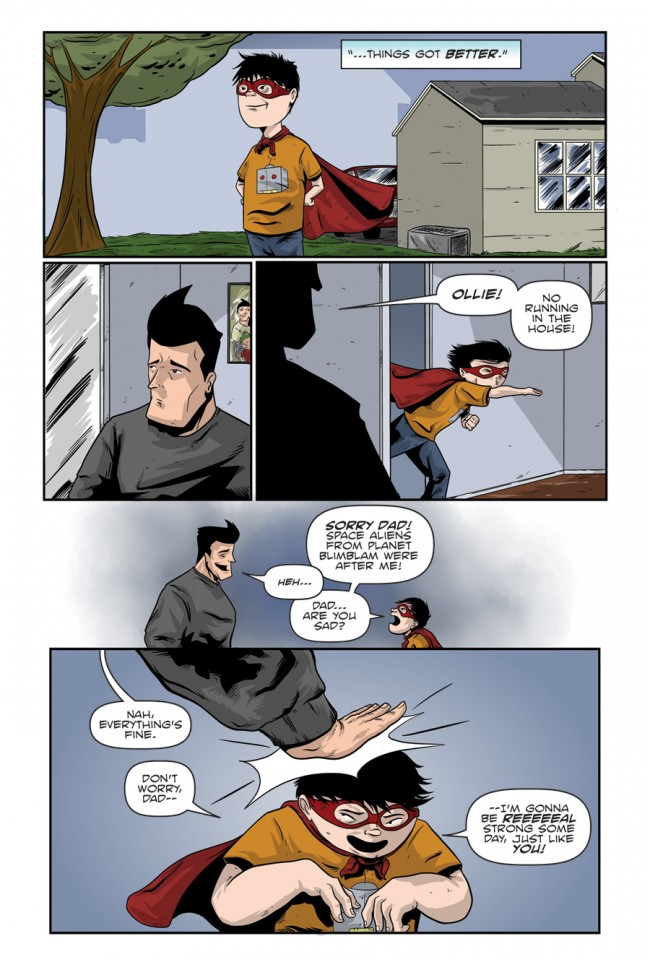 While some problems detract from the enjoyment of [easyazon_link identifier=”1934985384″ locale=”US” tag=”bounintocomi-20″]Metaphase[/easyazon_link], it is easy to let the imperfections be overshadowed by the heart and passion that was obviously poured into this project. Its unique premise, simple art style, and portrayal of a young boy with down syndrome make it a great read. The promise of another issue in the future is icing on the cake.