Jem and the Holograms #9 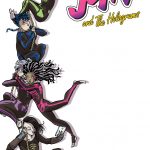 Kelly Thompson (w) • Emma Vieceli (a & c)
VIRAL PART 3! Jem and The Holograms commemorate their new video with a huge house party… but that may have been a mistake, as more than one party crasher isn’t looking to celebrate their success!
FC • 32 pages • $3.99

Jem and the Holograms #9—Subscription Variant 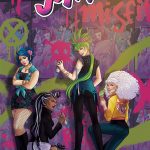 Bullet points:
• The second outrageous arc ends with showdown of a completely different sort!
• Leads in to next month’s life-changing story!
• Variant cover by Tula Lotay! 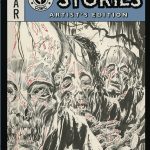 Various (w) • Graham Ingels (a & c)
EC Comics produced what is arguably the finest line of comics ever, and of all their titles, the horror books were the most popular. And the most acclaimed of the horror artists was Graham “Ghastly” Ingels, whose particular talents influenced and inspired several generations of artists, including the great Bernie Wrightson. This Artist’s Edition will include a sampling of Ingels’ best stories, and a selection of some of his most terrifying covers–this volume will make a worthy companion to the Wally Wood, Jack Davis and the Best Of EC editions!
HC • BW • $95.00 net discount item • 152 Pages • 15” x 22” • ISBN: 978-1-63140-496-2 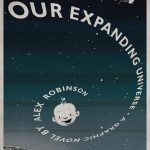 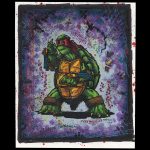 Kevin Eastman (a & c)
The Teenage Mutant Ninja Turtles, one of the world’s most popular and successful comic book creations, began with a single sketch drawn more than thirty years ago by co-creator Kevin Eastman.

The San Diego Comic Art Gallery and IDW Publishing have delved deep into the artist’s own archives to create this inaugural exhibition celebrating Kevin Eastman’s creative genius and his motto: “Imagination is the greatest adventure.”

The assembled artworks and manuscripts include preliminary drawings and finished art, illustrating Eastman’s meticulous approach and dedication to his work, including his earliest sketches and most recent covers. Cowabunga, Dude!
TPB • FC • $24.99 • 140 Pages • ISBN: 978-1-63140-503-7 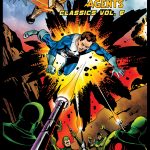 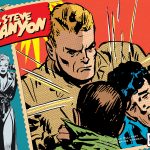 Milton Caniff (w & a & c)
Things take a decidedly domestic turn in our sixth volume. Can Summer and Steve rekindle their love amidst the action of…high school basketball? Can Poteet find happiness on the polo field? Since this is Steve Canyon, not all the action takes place at home, and old friends unexpectedly pop up in new places. Miss Mizzou feels overdressed on Finger Island—Colonel Sam Index reappears at Higgs Air Base—Princess Snowflower comes to America as a pawn in Doagie Hogan’s plan to attack Communist China—and Savannah Gay teams up with none other than Bob Hope in a special Christmas story. Everyone’s favorite Light Colonel dodges death and femme fatales alike in volume six of The Complete Steve Canyon!
HC • PC • $49.99 • 336 Pages • 11” x 8.5” • ISBN: 978-1-63140-469-6 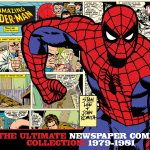 Stan Lee (w) • John Romita and Larry Lieber (a) • John Romita (c)
The exciting second volume of the wondrous wall-crawler’s long-running newspaper strip by Stan Lee, John Romita, and Larry Lieber, with all Sundays in color and integrated with the dailies—just as they originally appeared in newspapers worldwide. Edited by Bruce Canwell, this book includes more than 700 sequential comics—the complete run from January 1979 through the January 1981!
HC • FC • $49.99 • 320 pages • 11” x 8.5” • ISBN: 978-1-63140-498-6 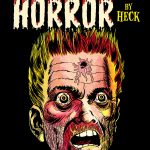 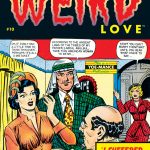 Unknown (w & a & c)
If you LOVE your comics WEIRD, then Weird Love is for YOU! We find the kinkiest and kookiest ROTFL romance comics of the 1950s and assemble them into a lurid Good Girl Art package! This issue features a deplorable comic about a plus-size woman titled “My Heavy Heart” that will make you glad we’ve come a long way, baby! “Innocence Was My Angle” is anything but innocent! Finally, we just have to share with you the so-bad-it’s good “I Suffered For Love”—it’s as if Ed Wood created comics, and trust us, you’ll suffer—from fits of laughter!
FC • 32 pages • $4.99 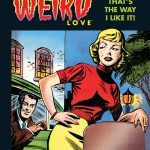 Bullet points:
• USA TODAY opines about Weird Love, “The comic book industry’s most obscure and outrageous stories of the fifties!” 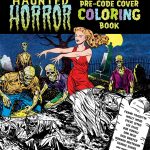 Various (a) • Frank Frazetta (c)
Beware horror fan, for the blood(-red marker) is on your hands in this brand-new coloring book for adults! Featuring Pre-Code comic book cover frights from Frank Frazetta, Wally Wood, L.B. Cole, Dick Briefer, Don Heck, Lee Elias, Bob Powell, Howard Nostrand and many more! This do-it-yourself deluge of dark delights is sure to send goosebumps of tittilation and stand hairs straight on end for fans of the gruesome, gross, and macabre! Nearly 60 full page scare-filled classic horror covers for you to color from the creepiest, most sordid publishers of the time!
TPB • BW • $9.99 • 64 Pages • 8.5” x 11” • ISBN: 978-1-63140-497-9 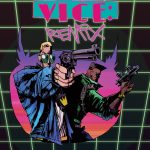 Bullet points:
• “Explodes with wall-to-wall color and style but does so with a flamboyance and attitude all its own.” –Comic Book Resources

Andre The Giant: Closer To Heaven 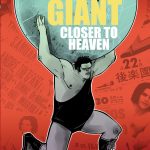 Brandon Easton (w) • Denis Medri (a & c)
Jean Ferre. Monster Eiffel Tower. Fezzik. These were alter egos for the internationally acclaimed pro wrestling superstar known as Andre the Giant, who thrilled audiences worldwide with his unmatched charisma and remarkable athleticism. Despite his astonishing popularity, few really knew the man behind the curtain–the man born in the French countryside named Andre Roussimoff. Showing signs of gigantism at an early age, Andre decided to use his size to his advantage and entered the wild world of professional wrestling. From his first day in the squared circle, those close to him knew that a legend was born.

This lavishly illustrated biography of Andre the Giant charts his entire life from the earliest days on his family’s farm to his blockbuster feuds with the biggest wrestling stars of all time, exploring the dark side of fame and fortune along the way.
TPB • FC • $12.99 • 104 pages • ISBN: 978-1-63140-400-9

Bullet points:
• Officially sanctioned by the family and estate of Andre The Giant.
• Written by Eisner Award nominee Brandon Easton. 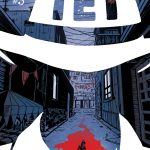 Paul Allor (w) • Paul Tucker (a & c)
1984. The war is over. Eugene is wounded, inside and out. And now, he finds himself going back to Vietnam, to set things right, and maybe even start again. But as Eugene sinks deeper into a 16-year-old murder investigation, he finally understands how wrong he’s been. And that some wounds never heal.
FC • 32 pages • $3.99 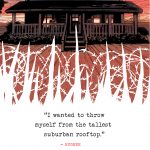 Bullet points:
• Fans of True Detective will love this tale of a murder investigation that spans decades.
• Features a minor character with the most glorious moustache in all of comics! 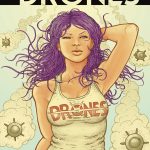 Chris Lewis (w) • Bruno Oliveira (a) • Ramon Villalobos (c)
Join pilots Stinger and Angel Eyes for a wild night in Las Vegas’ finest terrorism-themed hotel. Collecting all five issues of the hit miniseries, this book is a satirical look at a world in which terror and entertainment have begun to blur.
TPB • FC • $19.99 • 136 pages • ISBN: 978-1-63140-437-5

Bullet points:
• “The Complete Little Orphan Annie has raised the bar against which such compilations will be judged.” –Scoop