The intellectual descendants of book burners and witch hunters are at it again. This time they are going after a young girl named Laura and her Wonder Woman lunchbox.
According to a letter produced by reddit user twines18, Laura’s Wonder Woman lunchbox violates the dress code of the school. The letter reads:

The dress code we have established requests that the children not bring violent images into the building in any fashion – on their clothing (including shoes and socks), backpacks and lunchboxes. We have defined ‘violent characters’ as those who solve problems using violence. Super heroes certainly fall into that category.

Check the letter out for yourself. 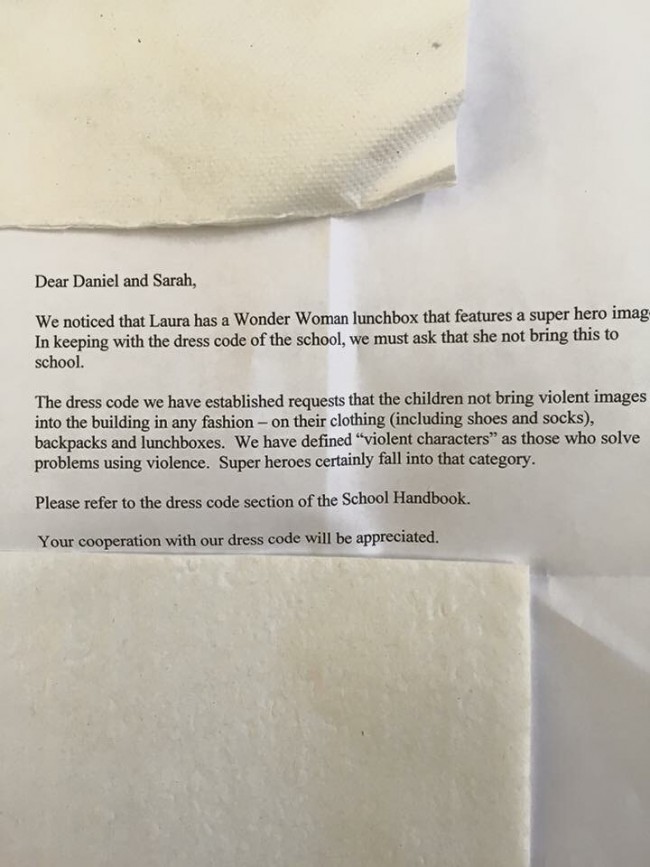 This is cause for concern because images of superheroes are not necessarily violent to begin with and the lunchbox in question is anything but. 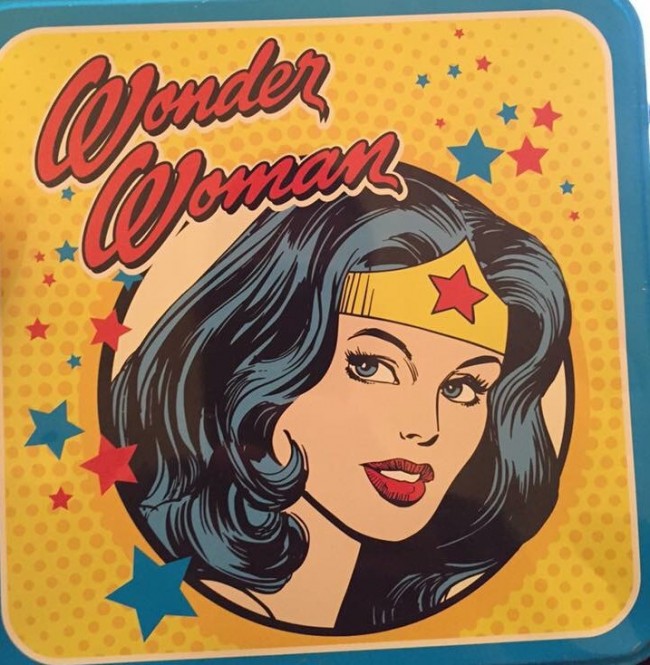 Many superheroes are symbols of what is right and good and serve as excellent role models for kids and adults alike. Wonder Woman is one of those superheroes. She stands for justice, love, and peace and is a strong, independent woman. She even wields the Lasso of Truth and the lunchbox promotes her wisdom!

On a different note, violence is not inherently bad or evil. Many times violence is necessary to stop a person from committing an evil or bad act. Police officers use violence regularly to arrest suspected criminals. Many people use violence to defend themselves from individuals breaking into their homes or attempting to steal their belongings. The threat of violence in the form of nuclear weapons is also used as a deterrent in world politics.

I’m really not sure what the school is hoping to accomplish by censoring Wonder Woman and images that they have defined as violent. It doesn’t really make sense. What’s next? Maybe they will ban images of humans because many of them behave in a violent manner or they will just ban children from attending the school altogether because they may behave violently? One thing is for sure this type of thinking has gotten completely out of control and as a culture we need to do a massive course correction.

This being said, if the school is a private institution, they have the right to express and enforce their policy. Laura’s parents chose to enroll her in the school and possibly unwittingly consented to the School Handbook. However, this does not make their policy immune from criticism.