Marvel has unveiled that Amadeus Cho will be the all-new Jade Giant in an all-different Marvel Universe coming this december in Totally Awesome Hulk #1. Greg Pak returns to helm the story and the character he created. Accompanying him will be artist Frank Cho.

The story hopes to take on a different aspect of the Hulk as Amadeus Cho will not be tormented or conflicted like Bruce Banner. Instead Cho enjoys being the Hulk.

Marvel Editor-in-Chief Axel Alonso weighed in on the story, “Come December, the one true Hulk will be a 19-year-old Korean-America “Boy Genius” who is going to carry the burden of being the Hulk like it weighs a feather.” Alonso continued, “He’s going to love every minute of it. In this new series, we are going to lean hard into the fantasy aspects of being the Hulk. It can’t be all bad, can it?”

It sounds like there is going to be plenty of smashing in this new series. Will you be picking it up come December? 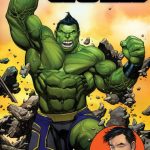 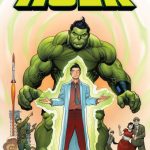