Private Investigator Nate McCoy has found himself on the wrong side of a gun during his investigation into the disappearance of Tatiana Kreschen. Unbeknownst to Nate, he has a supernatural ability that will give him a distinct advantage in his investigation. How does it fare? 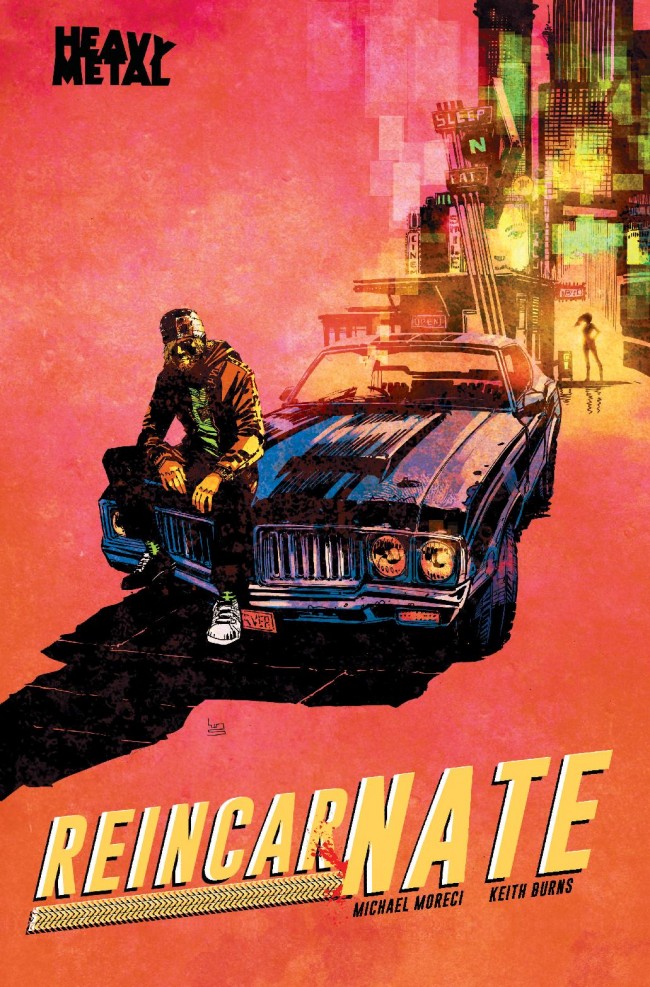 ReincarNATE #1 is a mystery noir story at its heart with one big supernatural overtone. Writer Michael Moreci is upfront about the supernatural nature of the story, but as with his other works such as Roche Limit or Transference, he doesn’t dive into the details in the first issue, keeping it primarily a mystery.

Not going into the details of the supernatural, allows Moreci to focus on character development, world building, and story creation. Moreci introduces two main characters in Nate McCoy and his police detective friend, Autumn. Nate is a motivated and determined character who is willing to defy authority. His determination can also lead to stubbornness and some not so smart decisions. His motivation may also stem from a troubled past involving the death of his brother, but Moreci only hints at this.

Autumn puts on the façade of a tough cop, but when push comes to shove she has a big heart and deeply cares about Nate. She also has decent street smarts and knows when to keep her mouth shut. With both Nate and Autumn, Moreci is not only able to effectively characterize them, but while doing so he also builds up the seedy, and dangerous world they inhabit.

As for the writing, there is some decent, self-deprecating humor from Nate while Autumn’s witty replies are refreshing. There is also a good name-calling line. The humor breaks up the overall tense tone of the book and gives the characters a more human element.

Not everything is great though; there are some odd story choices. One that stands out is Nate answering a phone call while he chases a perp down an escape staircase. It is pretty impressive to not only run down the staircase, but answer your phone as well. The actual conversation on the phone detracts from the chase. 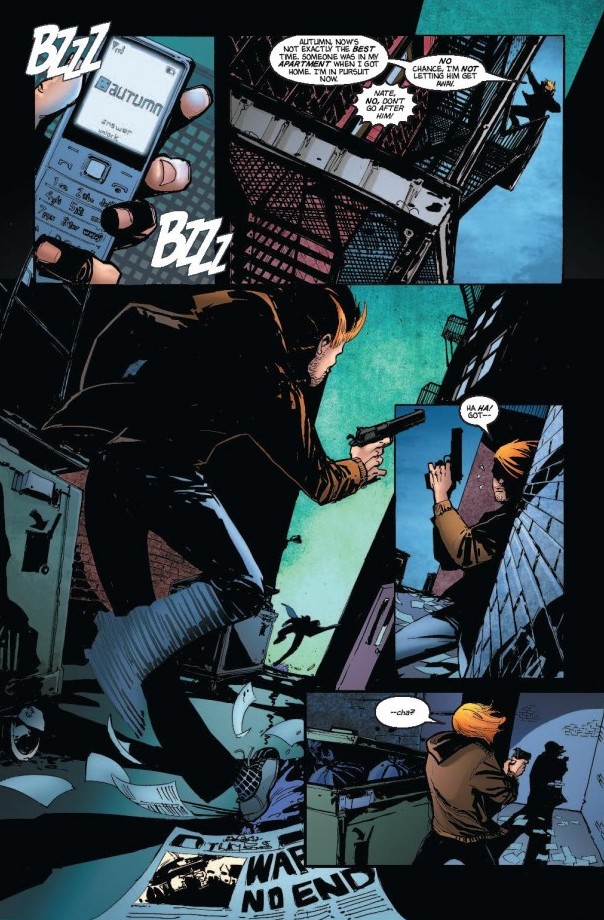 Keith Burns’ artwork is difficult to look at and at times it is cringe-worthy. Our first look at Autumn reveals a way too thin neck. She looks like she could be a bobblehead. He also struggles a lot with facial expressions. In some panels Nate looks like he has a lazy eye while in others he looks normal. Autumn’s facials aren’t any better and in one panel her features look distorted and out of place on her face. He also chooses to put in a weird shadow on a doctor’s face having the doctor’s glasses cast a shadow that takes up his entire cheeks. First off, the shadow is out of place according to the direction of the light and secondly it would be extremely difficult to have that kind of shadow even be cast on his face with the positioning of his glasses. There is also an inward facing sign inside a convenient store that should be outward facing. My last complaint about the artwork involves a background advertising sign where the lettering of the sign doesn’t appear to have been done during the art phase, but instead plastered on afterwards. It looks sloppy and unrealistic.

Not everything about the artwork is bad. Burns really helps build the world through minor details on newspaper printings that are found scattered in Nate’s office or in the alleys of the city. When he doesn’t have to focus on facials, the characters’ body language conveys their attitude and emotions. One part where Burns really excels is in the depiction of the actual city. His buildings are very well done.

Burns also captures the dark atmosphere of the city and the story. Much of the art is done with heavy shadowing which builds that atmosphere, but also allows Burns to mask some of the difficulties he has with facial features. His layouts are well done especially during the alley chase scene. He gives you a blow-by-blow as Nate attempts to chase down the perp. 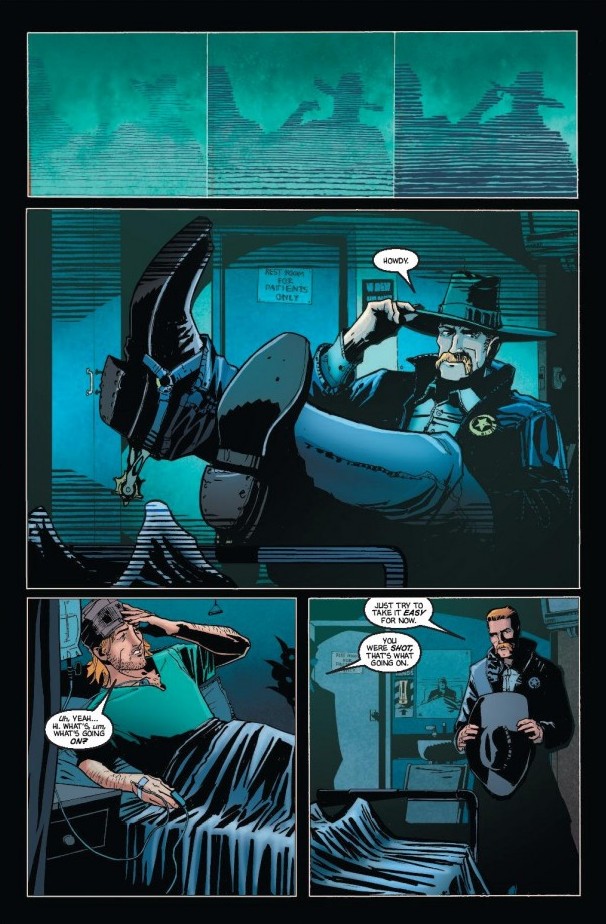 ReincarNATE #1 is a good mystery noir with a unique supernatural element to it. The main protagonist is compelling with plenty of backstory and drama that really humanizes Nate. There is a mysterious, yet powerful and dangerous villain that makes a great antagonist despite not even being depicted in this issue. Unfortunately, the artwork has way too many mistakes from errors in facial expressions to weird choices in shadow placement. There are also quite a few plain sloppy mistakes such as the lettering on a sign. Despite these mistakes, the supernatural element is a great hook that will want you coming back for more.