It has been recently reported by Bleeding Cool that a push towards “Positive Reinforcement” has been made at DC Comics in order to bring more female and ethnic creators into their creative pool. But while Bleeding Cool’s Rich Johnston would like to classify all criticism as racist and sexist, it is actually easy to criticize such methods, and their current context, as they may indeed have a negative impact on diversity and creativity.

It has been heavily documented and discussed in the past months that the comic book industry is, at large, dominated by white male creators, that much is undeniable. And another undeniable fact is that more diversity in terms of creativity and books is bound to attract a wider audience, and that diversity was simply not there in any satisfactory manner until fairly recently at least in terms of race and gender.Yet wonderful comic books like Strangers in Paradise or Fables succeeded in attracting a great number of women towards the world of comic books. As did books like Blade or Black Panther for black readers. In all those cases, the gender or ethnicity of those books creators were absolutely, utterly irrelevant.

As the diversity in readership grows, the diversity in creators is bound to grow as well, people who write and create comic books now, are the people who read and discovered comic books for the first time 10, 15 or 20 years ago. But for today’s social justice activists, diversity in stories, characters and thematics is not enough. See, today if a white creator writes, however wonderfully a black lead character, he is accused of a new great evil called “Cultural Appropriation” (insert Dramatic Chipmunk music here).

So for example when Tim Seeley was chosen to write the new “Blade” book, he seemed like a perfect choice, he has a long track record of writing comic books with occult and horror themes (Hack/Slash, The Occultist and, of course, the amazing Revival) and has more than 15 years of professional experience. Putting him on a book such as Blade is a no-brainer. However, Social Justice activists actually had a lot to say about the choice of creator : namely, that it was all wrong. It turns out Tim Seeley has the wrong skin color.

I personally didn’t know Tim Seeley was white, and I would expect most readers to be as ignorant of that fact as I was. But you can trust the internet’s Tumblrites and slacktivists to check the privilege (whiteness of skin hue x number of testicles + total income of parents at birth, or so I’m told) of every creator out there. On top of that, the new Blade book will focus on Blade’s daughter, so Tim Seeley’s genitals are bound to oppress some female readers as well. Of course, to please the Social Justice crowd, Marvel would have needed a black female writer, unfortunately, it turns out even in indie comics there is barely such a thing. The solution to that problem is called “Affirmative Action”, or as I like to call it “Positive Discrimination”. 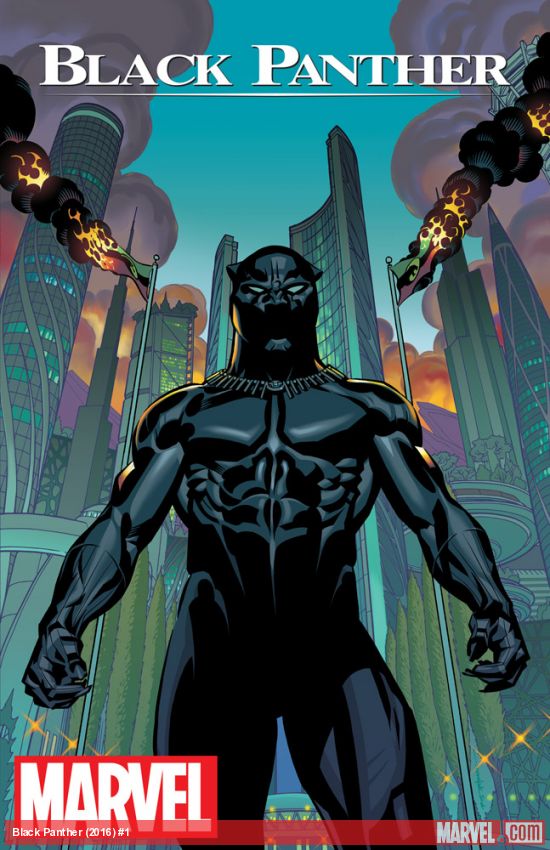 Marvel took the hint fairly quickly, and just announced the new Black Panther book would have a black writer (Ta-Nehisi Coates), and a black artist (Brian Stelfreeze). And there was much rejoicing. Of course, when you take a pragmatic look, you could wonder how a man who has never written a comic book in his life suddenly got his own ongoing series at one of the biggest publishers in the world? Those are the miracles of positive reinforcement.

Now don’t get me wrong, Ta-Nehisi Coates may very well write a better comic series than Tim Seeley, he has a few novels up his sleeve so he has some experience, especially since Coates’ father was an actual Black Panther. But from a pragmatic standpoint giving an ongoing series to a writer with zero comics experience should be considered madness and commercial suicide. The odds are not in Coates’ favor. In the end, you’ll have to judge each book for what they are, and Marvel’s bet might pay off. After all, Chip Zdarsky had little experience as a writer before taking over Howard the Duck and went straight to dominating the sales. So you never know.

But the fact is, readers in their vast majority will not care about the ethnicity or gender of comic book creators. They will care if the story is great and the art beautiful. A wonderful book with diverse characters will bring a diverse readership, which will in turn create a diverse pool of creators. Creators that will have time to have their own experiences and grow as they start at an indie publisher, the way most current writers at Marvel and DC got their start. But books by inexperienced creators, selected mainly for their ethnicity or gender, will most likely end up being mediocre and turn away potential readership. The potential negative and damaging results of affirmative action have actually been documented for a long time. And so the outcome, in this situation, might be the opposite effect of what they are looking for. And if the behavior that we’ve seen toward Tim Seeley continues, or the outcry of “cultural appropriation” when Marvel dared offer covers inspired by Hip-Hop albums, then most of their creators might be discouraged to talk about diverse characters and subjects. That too, would most likely lead to catastrophic results. Such behavior might have discouraged someone like Ed Piskor to write Hip Hop Family Tree and heck, who would want that?

So to all comic publishers out there please, turn a blind eye on creators’ skin colors, genders, orientation, hell even political affiliation. All of this is irrelevant. Besides, I have to heavily question the good intentions of someone who would scan and analyze such things, who would tell anybody not to write anything based on those factors. But if you’re willing to put your most diverse books in the hands of your biggest names, your most famous and experienced. If you’re willing to advertise them heavily, give them the most enchanting and thrilling stories, the most wonderful art, regardless of any other factor then, THAT’s what I call Affirmative Action.