The Alterna AnniverSERIES celebrates 10 years of quality creator-owned comics. A perfect starting point for some of our most popular titles!

Richard Sullivan is an innocent man facing execution. As he witnesses savage killings at the hands of the prison’s sadistic Warden, Sullivan realizes that he must fight to survive. But with the violence and carnage mounting, Sullivan begins to lose his grip on reality. There are no zombies or vampires here – on death row, the only monster is man.

[easyazon_link identifier=”0979787424″ locale=”US” tag=”bounintocomi-20″]The Chair[/easyazon_link] is for mature audiences, ages 17+. It is written by Peter Simeti with artwork by Kevin Christensen and Peter Simeti. The Chair was originally published in October of 2008 and released digitally two years later in 2010. 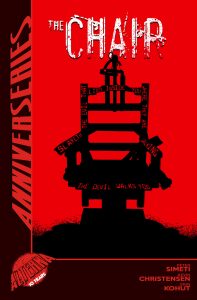 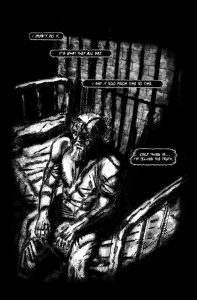 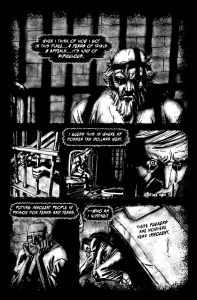 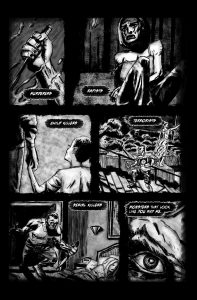 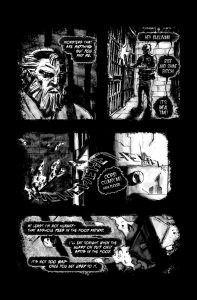 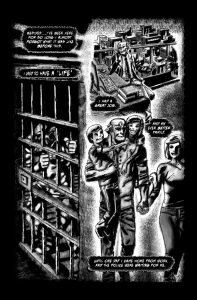