Today I would like to talk about the ever growing list and types of Achievements that you can earn in World of Warcraft. For many players earning a specific reward even if it’s just recognition of completing a goal is pretty motivating. That’s why you see a similar system used on X-Box and PlayStation today. Similar to those consoles WoW has its own ever growing list of Achievements that players can earn from completing quests to just exploring the landscape. Achievements in WoW are a fantastic way of keeping track of your progress in the game and even as a way to see what kind of player you are.

The Achievement system debuted in the Wrath of the Lich King Expansion From there it expanded not only to take on a way to earn titles or mounts, but as a way to earn other rewards such as maps, or even unlock other Achievements. So lets get to the nitty gritty of the subject at hand.

In WoW the game is basically divided into two main types of content. The first is Player vs. Player (PvP) and the second is Player vs. Environment (PvE). From there you can track other Achievements into subgroups. Some of these subgroups are further divided into their own PvP and PvE content; for example in the pet battling system or World Events, which I will explain later.

Now to the real question, why should you care about the Achievement system? It shows players that WoW is a complex game with a ton of different types of content that will keep a player occupied for a long time. It also lets you track the type of game play you spend doing in game and since the game has been around since 2004 there are a number of different types of content you can participate in.

For example you have the PvP system which lets you fight against other players in battlegrounds with specific goals in mind, from there the system is further divided into Arena, Rated Battlegrounds, and finally just battlegrounds. Each of these sections has their own unique achievements that players are able to unlock with their own special rewards. One of my favorite achievements is 250,000 Honorable Kills which gives you the title “The Bloodthirsty.” Nothing says badass like “Roidneg, The Bloodthirsty.” Other achievements allow you to earn cosmetic items like gear or mounts. 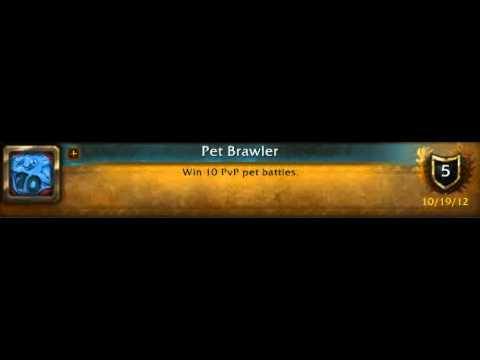 On the PvE side of things, (Boooo ) Achievements reflect how you completed goals and actions related to dungeons, raids, events, or other environmental factors. One of the funniest, Achievements was the “Safety Dance” in WotLK Naxx, which I can personally say has ruined guilds. In order to acquire this achievement you have to fight a boss and keep your entire raid (ranging from 10-25 players) alive. Can you say corralling cats?
From there, you have achievements based outside of the normal content trees of PvP and PvE, though they have certain aspects of them. The Battle Pet system was introduced during the Mists of Pandaria expansion. This aspect of the game shares from both content trees, you can PvP with other players by battling teams of pets through the random queue system. One achievement you can earn is the Merciless Pet Brawler which is awarded by defeating ten players.

You can also go out in the world and PvE by fighting random pets you find in Azeroth. You can also earn achievements by collecting pets in the world or even by going into old raids such as Sunwell Plateau and defeating bosses which drop rare battle pets. You can also explore the world to find special pets that only come out in certain times of the year, or even certain weather conditions. Try finding that damn Baby Ape in Strangle Vale Thorn, it still eludes me…. 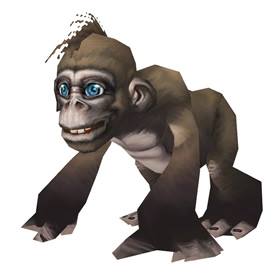 So as you can see the achievement system in World of Warcraft not only can give you goals to shoot for, which in turn gives you plenty to do, but it also can tell other players what kind of content you prefer. It’s also a fun way to meet new friends in order to complete goals which cannot be done alone; it’s even a nice way to relive old content with new characters as you’re leveling. It may be similar to other systems that are seen today, but in my opinion the WoW achievement system still stands alone in how complex it is, and the amount of content goals you can earn within the game.