In the first article of this series I touched on the new Hero class, the major changes to the Hunter class, artifact weapons, and Class Halls that were revealed at BlizzCon 2015. In this follow-up article I will be going over the new honor system, the Transmog system, and the new leveling experience for the “Broken Isles”. 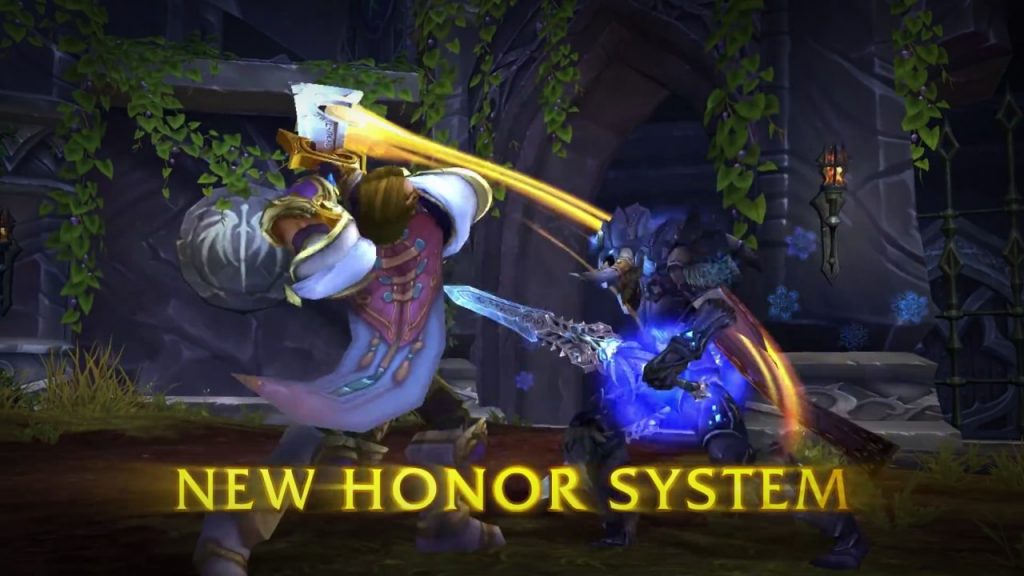 In “Legion” we will see the honor point system re-worked in favor of a system similar to Diablo 3. What does this mean? You will earn new talents and experience based off of your activity while PvPing. By gaining honor you will work your way through the new talent system, unlocking new spells and cosmetics for your toon. Some of the talents will be spells that had been previously cut due to lack of use in PvE content. You should expect to see some interesting mixes being played in the future. I can personally see old school WoW players bring back older talents for the nostalgia. For example, totems had been pruned in the past. These talents will come from the new 50 level ranking system which will unlock these talents, and even some cosmetic gear.

One thing to keep in mind is that this will build a wall of separation in PvE and PvP in the form of the talents. The talents you unlock for PvP combat will not be active during PvE combat. The same will be for enchants, trinkets, and possibly other PvE specific spells during PvP combat. This type of balance will help players better balance PvP and PvE more independently, something that has been requested for some time.

Now a big question that I had and I am sure many of you have as well is, “What about the gear?” What we know right now is that PvP performance will be based more on skill than gear. You will also not have to PvE in order to acquire gear. As more details come out, we will have them for you.

It seems that Blizzard is finally trying to separate both forms of content to the point that they are their own parts of the game with minimal splash over. Not only are they separating PvE and PvP content, but they will be separating PvP content based on their talent system. There will be a queue system that will match you with other players who have a similar amount of their talent system unlocked. This should help with both the queue times and the quality of the fights. I know it’s never fun being under geared in a battleground full of geared players. It’s like taking a fork to a gun fight at times.

Finally, taking a note from their parent company we will see a prestige system that looks very familiar to Call of Duty (CoD) players. Much like in CoD you can level to max, and re-start again into a new prestige level. This seems to be more for the cosmetic aspect of what can be earned which include mounts, skins, and other items designed to incentivize players to keep climbing the ladder. This type of motivation will keep players interested in PvP combat at the Pick-Up Group (PUG) level, much like we see in the rated level for Rated Battle Grounds. For a player like myself who spends most of his time queueing for random Battle Grounds, I look forward to these changes. It will greatly expand the game for those of us who love PvP but don’t really enjoy the rated aspect. 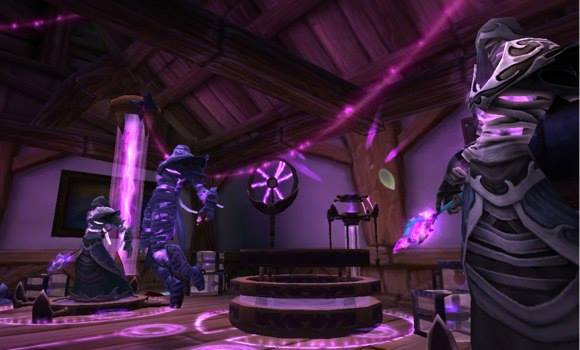 One thing that players have asked for has been a system in which we could keep the items we have acquired in the world in a place which doesn’t take up all of our bank space. I for one feel this pain. For example, my Paladin has a full bank, and a set of filled void tabs. Keeping all of my old armor has become painful on all of my toons, because I’ve enjoyed transmoging them a great deal. The transmoging system allows players to take old armor they’ve won through their game play and take it’s likeness and put it on newer armor. If you really loved the old tier two Mage set, you could always wear its likeness no matter the content you are playing.

Blizzard has heard our prayers. In Legion, once we win an item, its appearance will become unlocked for us to use when we are transmoging at any time. It is unclear whether this change will be account wide , but even if it’s not, this new system will free up a ton of bank space that many players won’t know what to do with it all. Like armor, tabards will also go this route in which once earned, their appearance will be unlocked for the player to use at any point.

Now the only question that is left is what will be done with all of that extra space? Personally I see myself collecting old quest items from older raids like Molten Core’s Sulfuras, Hand of Ragnaros so I can finally get legendary weapons. 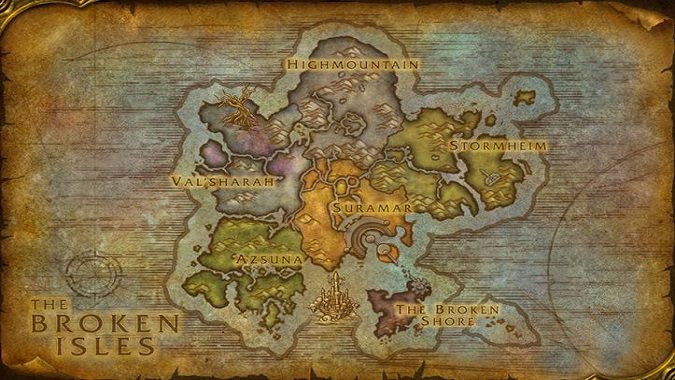 As someone who has made leveling an important part of my gaming experience, the new questing system is something I am very excited about. In “Legion” the “Broken Isles” zone will let you level in any map you like. This is the only place in Azeroth that will allow the different maps to scale with your level, so you cannot pull a “South Park” and just kill boars in Goldshire to level up. The way this will work is that the monsters, quests, and other NPCs will scale with your own level. This means you can take the journey to fight the Legion in any way you wish. You can try one end of the zone with one toon and then with your next toon you can go another way.

This is a fantastic way of solving the old issue of starting zones overflowing with players at the beginning of every expansion. Heck there have been times when the concentration of players crashed servers, which is something I believe the development team had in mind for “Legion.” I know when a zone has too many players it can quickly turn something that was enjoyable into a nightmare. With scaling zones the players have complete control over their own path, and it can potentially mean you can level in ways that will always make the journey something new for each toon.

While monsters, quests, and other NPCs will scale with your level, there are a few exceptions. World Bosses and special elites will not scale, so beware! Blizzard has made it known that we could see more Fel Reaver like panic attacks.

Hope you enjoyed wrapping your head around all these new changes. But there are more! Stay tuned for Part 3!