A shadowy paramilitary group is after people with powers while a radical religious group with advanced robotic technology preaches purity. These occurrences create an unlikely family of powered misfits who just happen to be at the center of a prophecy. How does it fare?

[easyazon_link identifier=”B018QPKI4S” locale=”US” tag=”bounintocomi-20″]The Troop #1[/easyazon_link] is an origin tale. It tells the story of how a small family of four came together and the personal challenges each of them faced in doing so. Writer Noel Clarke breaks the issue into four different segments focused on each member of The Troop and concludes each of these segments with one or more of the team members meeting up with each other.

This set up does a decent job of introducing the individual characters with each of them facing a different hardship whether it is domestic abuse or surviving a mass slaughter. However, the transitions are a little rough and it can take a bit of time to readjust to the new storyline. Even within each character’s story there can be large time jumps that can make it difficult to follow.

Aside from these transitions and large time jumps, Clarke does a good job of really characterizing each of the individual characters. Their stories are deeply impactful. You feel sorry for each of them in their own different way. Despite their own individual tragedies, Clarke gives you a small sense of hope once they come together. 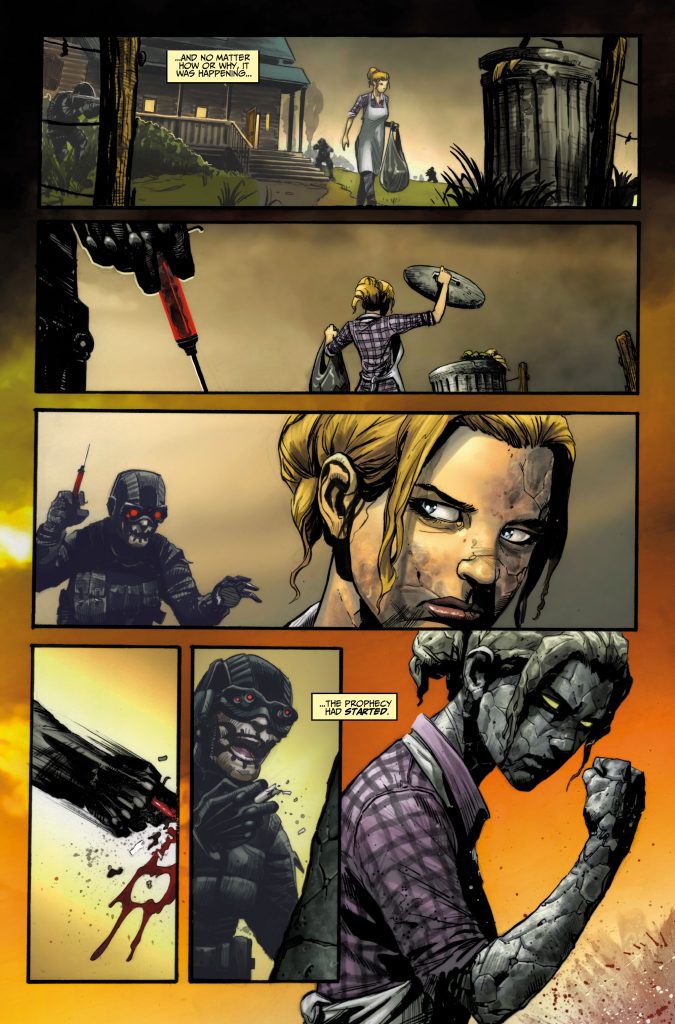 However, this sense of hope is fleeting as he reinforces the dark nature of the world The Troop inhabits. Probably the stand-out point of this comic is the characterization of the villains. Clarke provides just enough detail to make these villains scare the shit out of you, but keeps them shrouded in secrecy so you don’t really know what their end game is.

Joshua Cassara’s artwork and Luis Guerrero’s colors reinforce the dark nature of the story. Cassara’s combat sequences are extremely violent with blood, armor, and human appendages flying across the page. He also doesn’t shy away from showing the horror of domestic abuse. In addition, he evokes complete disgust with certain panels when one of the characters unleashes her biohazard abilities causing huge boils to appear on her target’s skin. You can see the character dying before you. 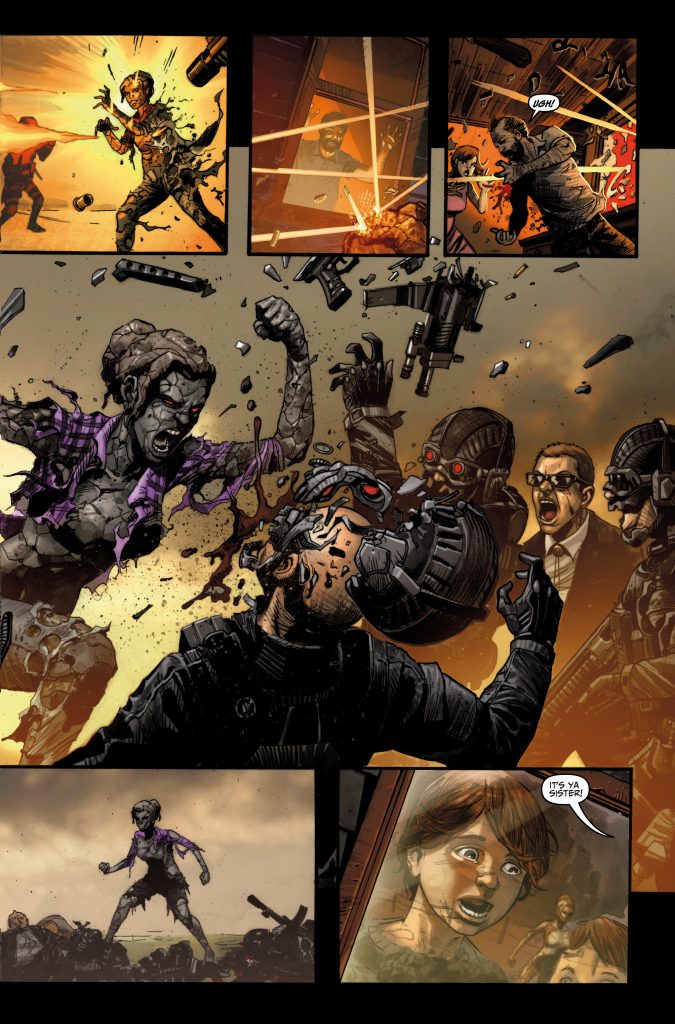 There are also more touching, adult-themed scenes depicting the budding relationship between two of the members of The Troop. However, my favorite panel is the one showing The Troop together at the kitchen table as a family. It captures what we will hopefully see in forthcoming issues, a family and all the good and bad that come with it.

Luis Guerrero gives the book its dark tone using lots of blacks and dark blues throughout the issue, only brightening certain panels that are truly uplifting or show joy or happiness. Otherwise, much of the story is dark whether it is in the basement of a facility or out in a shadowy field. The world The Troop finds themselves in is fraught with malevolence.

[easyazon_link identifier=”B018QPKI4S” locale=”US” tag=”bounintocomi-20″]The Troop #1[/easyazon_link] is a dark, violent story centered around The Troop, a misfit family of four who have survived horrors in order to find each other. Clarke struggles with his transitions both between the separate storylines and within the storylines themselves. Despite these struggles, he does a good job of characterizing the protagonists and providing just enough for us to be really intrigued about the antagonists’ motivations. If you are looking for dark, violent, and super-powered, this book delivers.