IDW March 2016 Solicitations are here! Leading the way is IDW’s spring event series showcasing an alternate universe for five of their big titles including the Teenage Mutant Ninja Turtles and the Transformers. There is also a new supernatural western, 3 Devils, that will debut with issue one. A number of series debuting in January will also continue including Victorie City, Gutter Magic, and Luna the Vampire. There are also some good trades coming out including Danger Girl: Renegade and String Divers. What will you be picking up in March from IDW? Sound off in the comments below!

Ghostbusters Deviations One-Shot—GEM OF THE MONTH 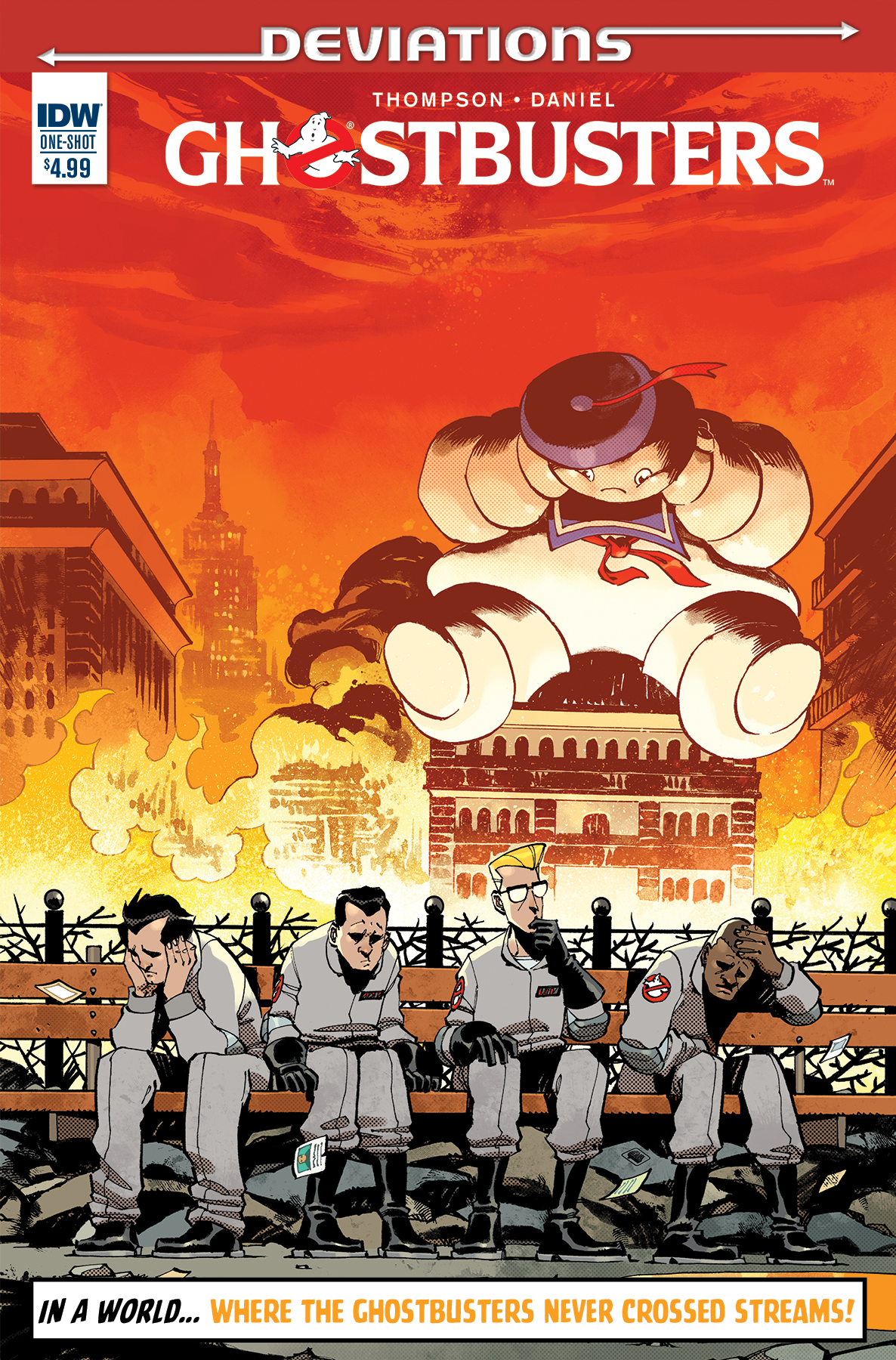 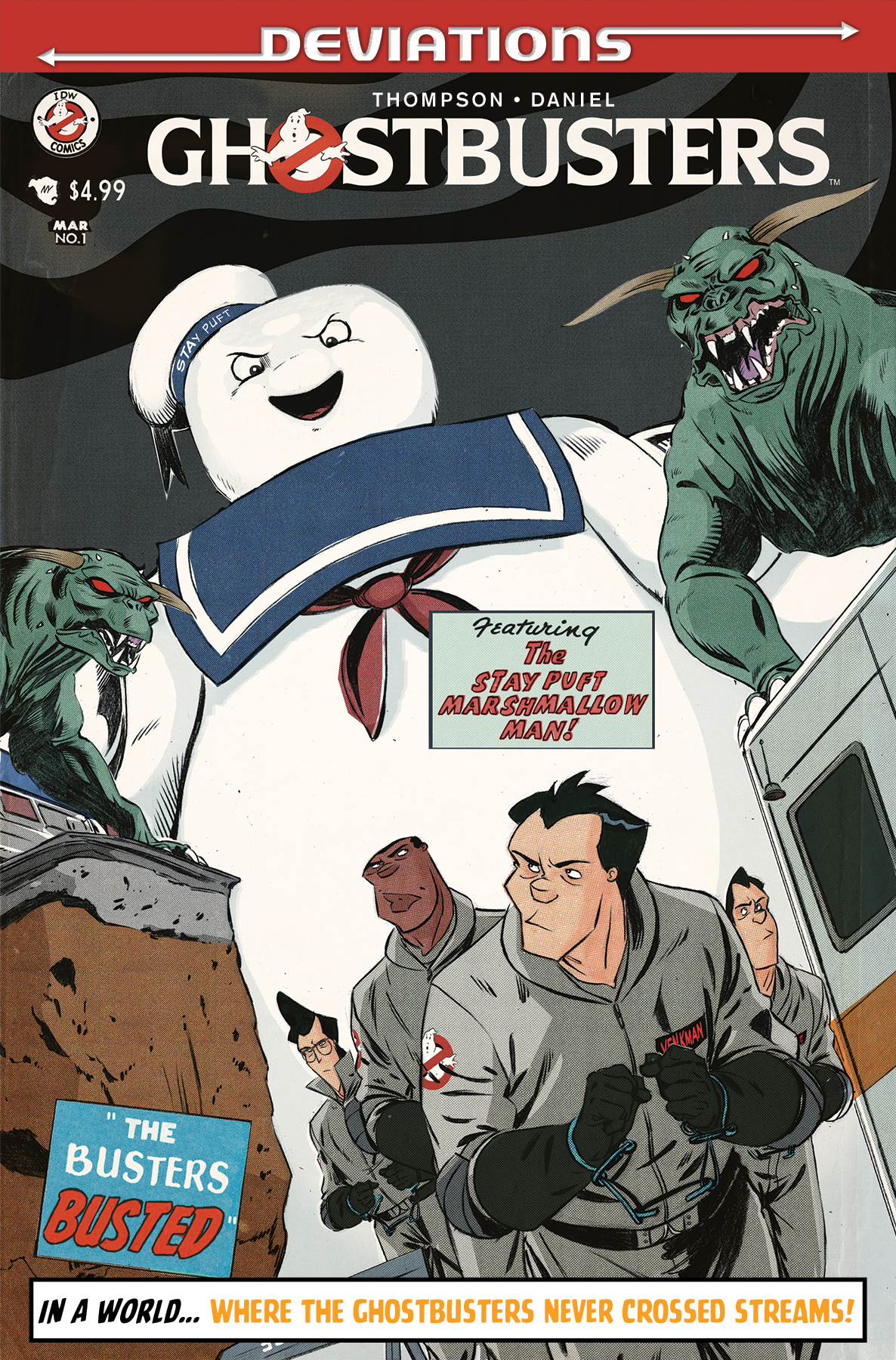 In a world, where on that fateful day in New York, the Ghostbusters did NOT cross streams, and were thus unable to destroy Gozer or close his portal. Now, 31 days later, NYC has descended into chaos and ruin, ruled with the deliciously soft fist of… THE STAY-PUFT MARSHMALLOW MAN!

Bullet points:
One event changes everything in the world of DEVIATIONS!
Extra-length one-shot!
Find out what happens in a world… where the Ghostbusters NEVER crossed streams!
Part of IDW’s Deviations 5-week event! 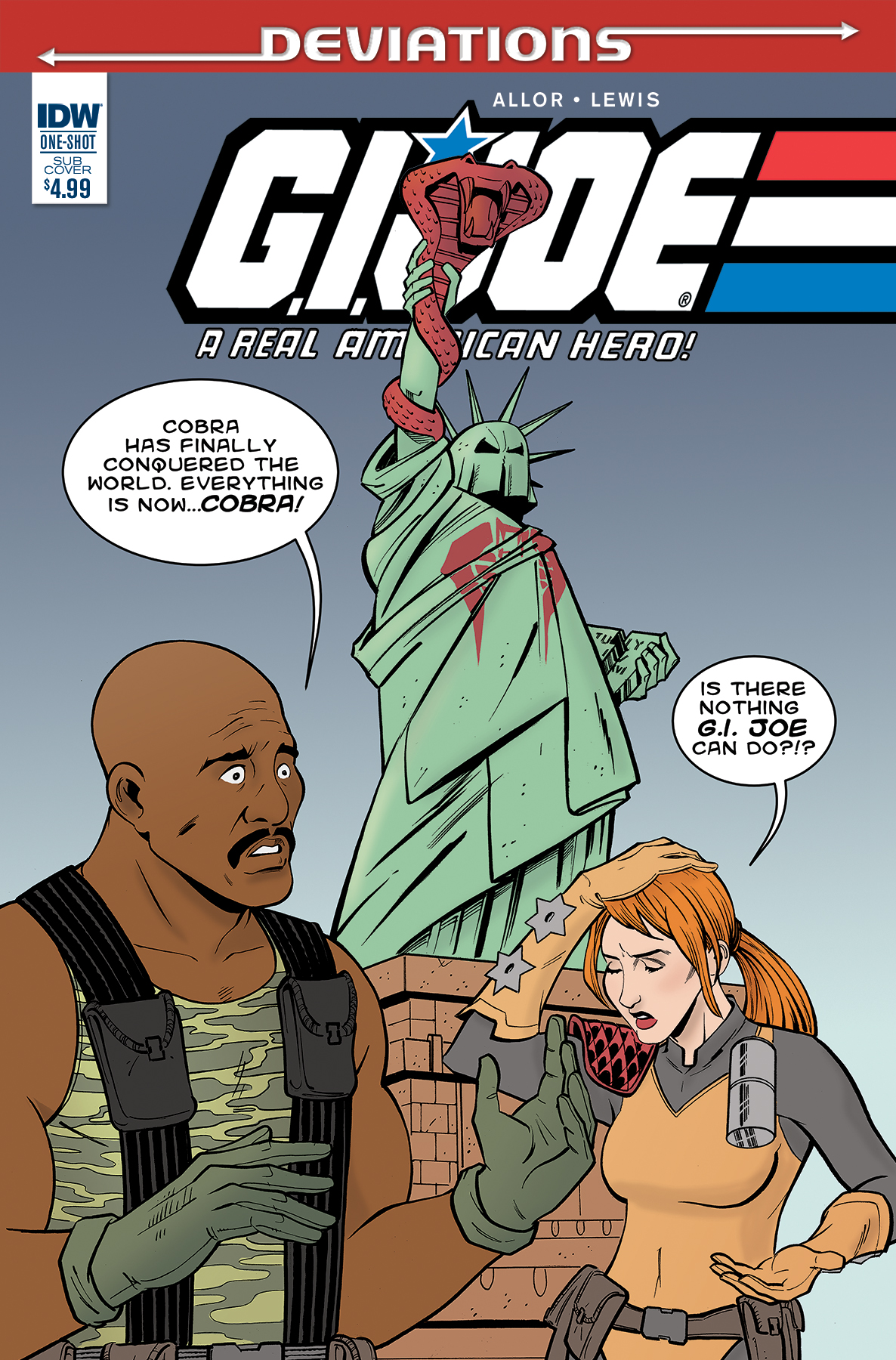 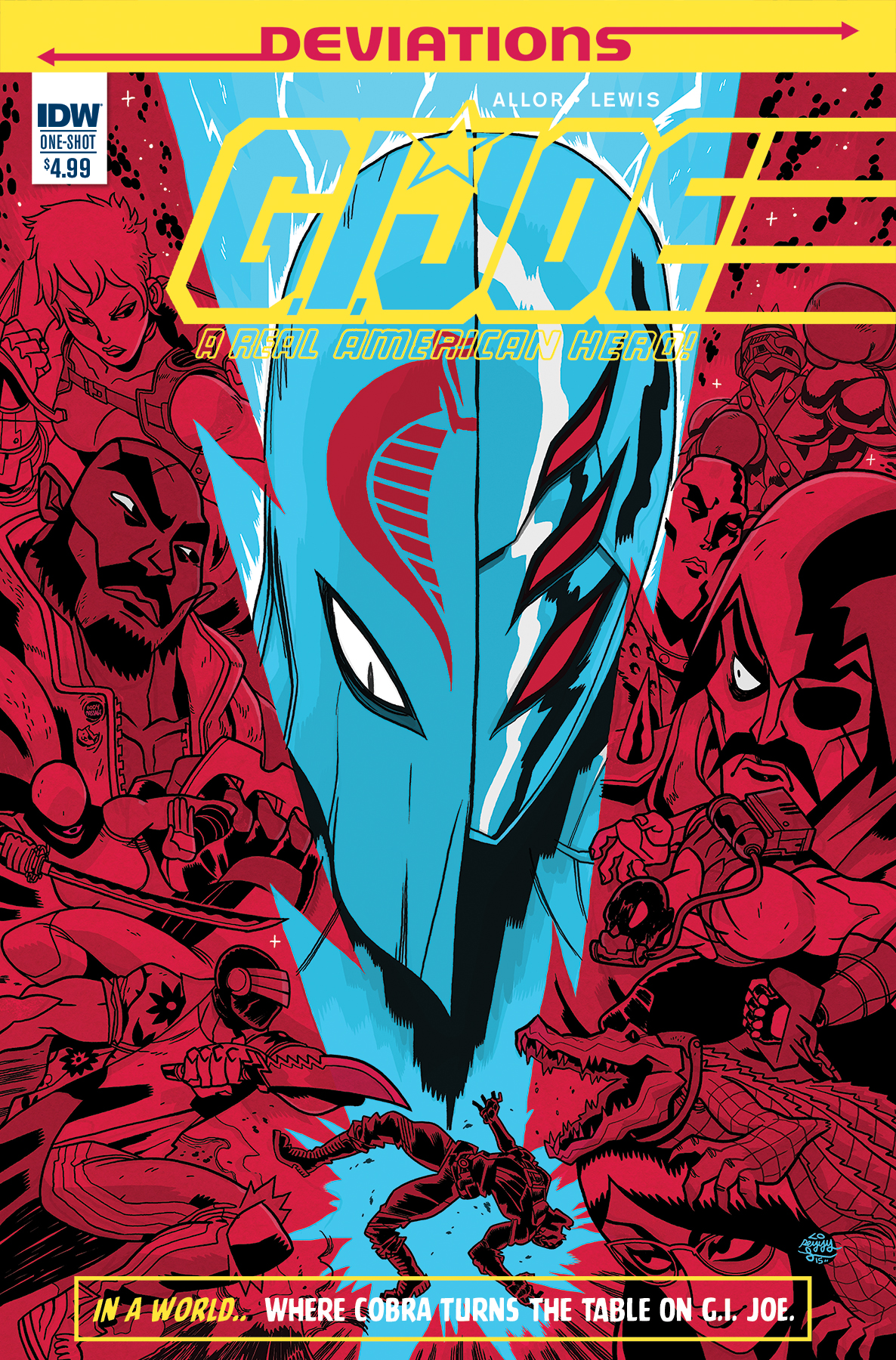 In a world… where COBRA rules the planet! COBRA COMMANDER’s forces have won, the entire planet Earth now submits to COBRA rule… but the burdens of ruling over billions of people make COBRA COMMANDER anxious to the good old days. And he decides there’s just one group that can bring chaos back to this totalitarian order: G.I. JOE!

Bullet points:
Extra-length one-shot!
Find out what happens in a world… where COBRA turns the table on G.I. JOE… but they can’t wait to bring them back!
Part of IDW’s Deviations 5-week event! 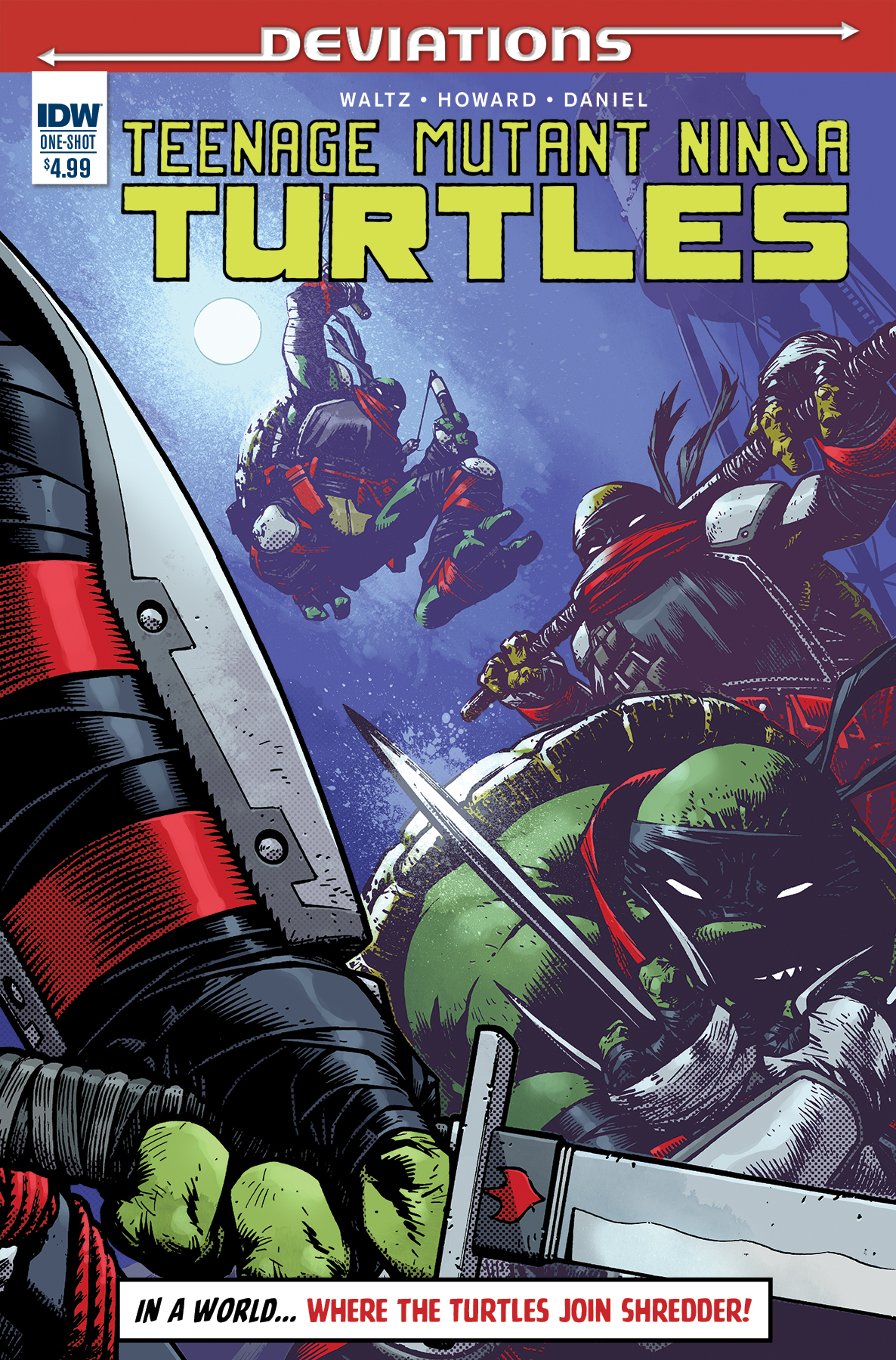 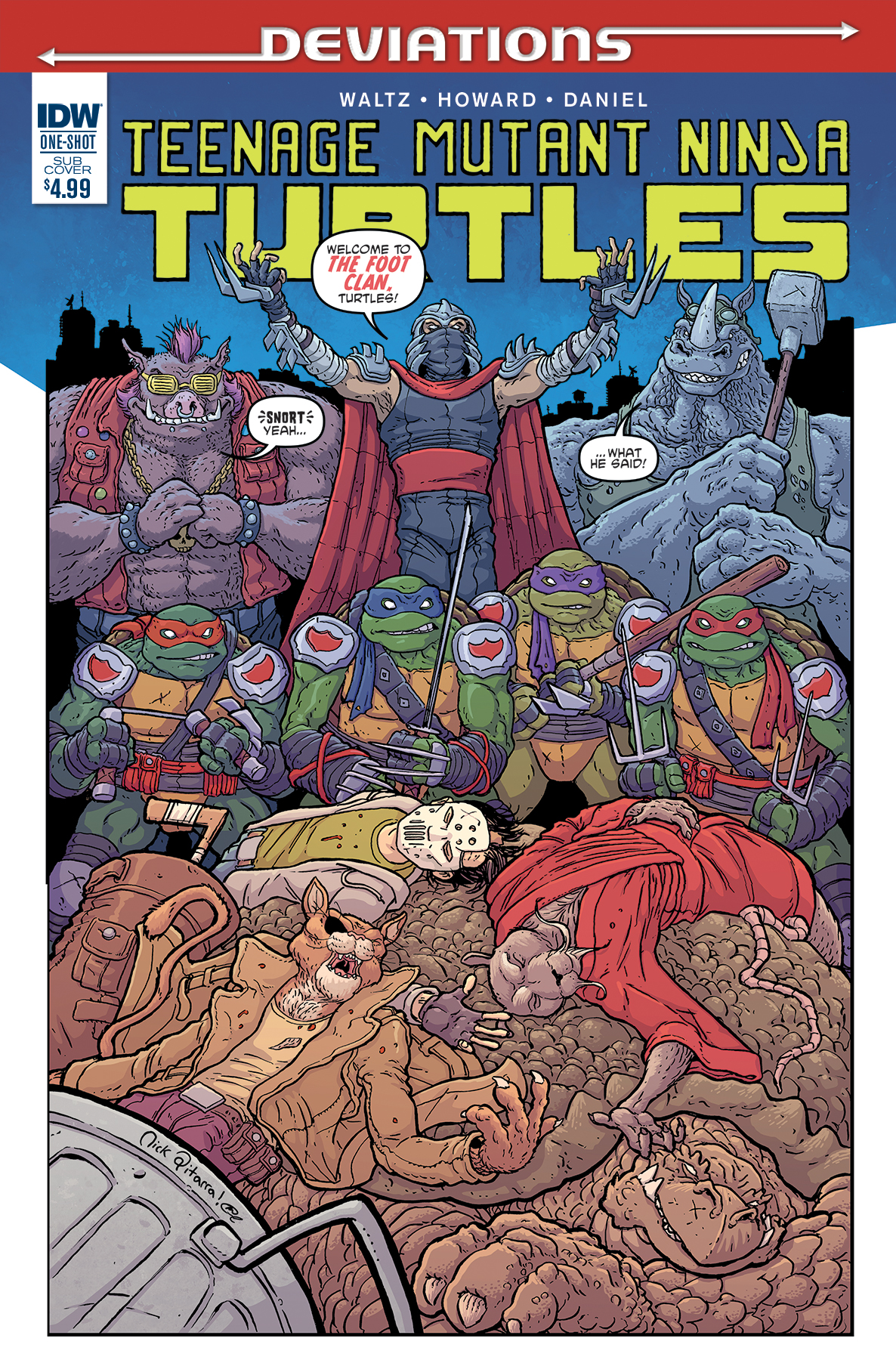 Tom Waltz (w) • Zach Howard (a & c)
In a world where Shredder leads the Turtles, all hope seems lost! With the Turtles brainwashed to follow Shredder, Splinter forms a new group in a last ditch effort to save his sons… and New York City!

Extra-length one-shot!
Find out what happens in a world… where the Shredder leads the Turtles! A twist on the classic “City Fall” storyline!
Part of IDW’s Deviations 5-week event!

Transformers Deviations One-Shot—GEM OF THE MONTH 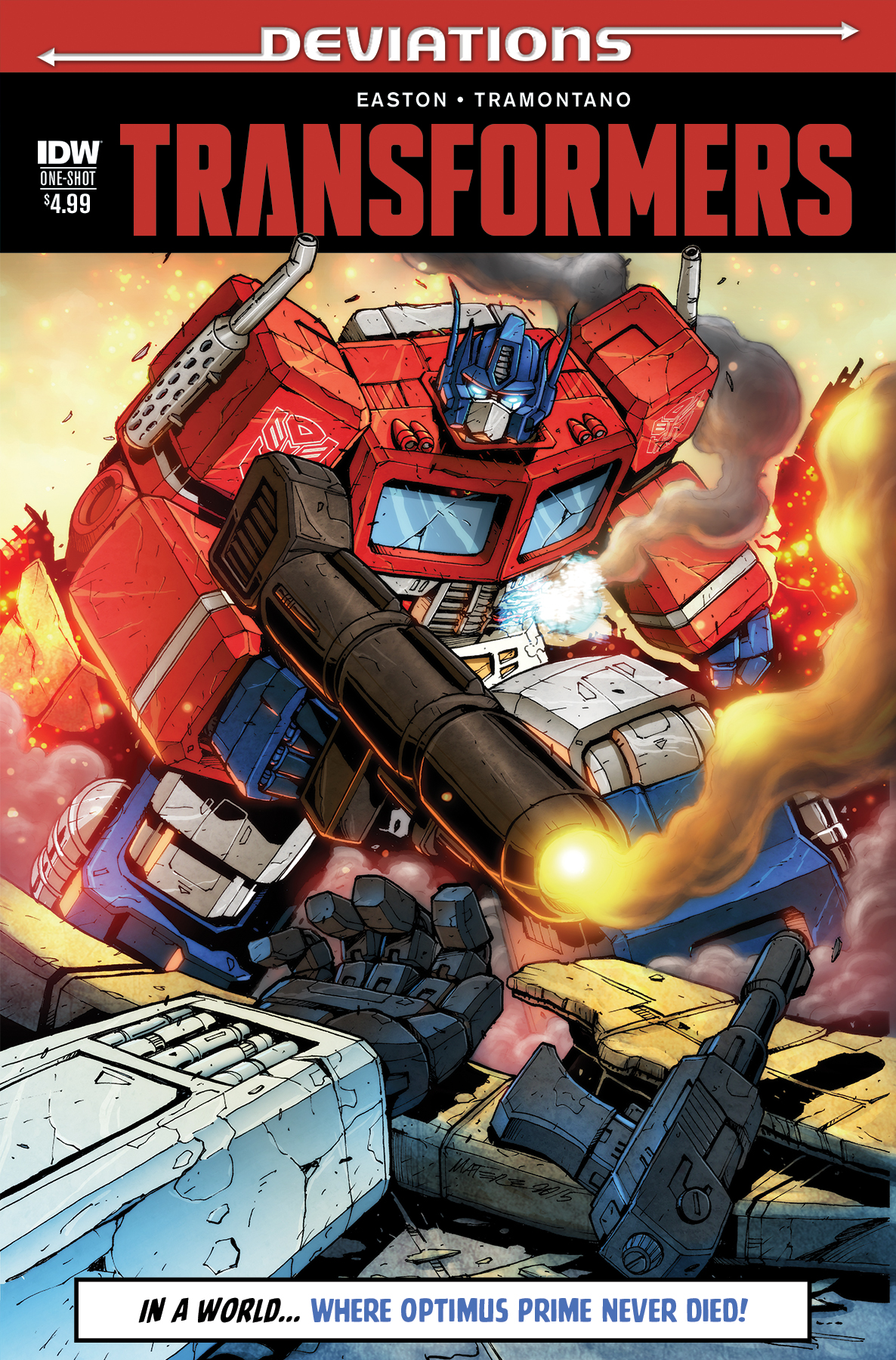 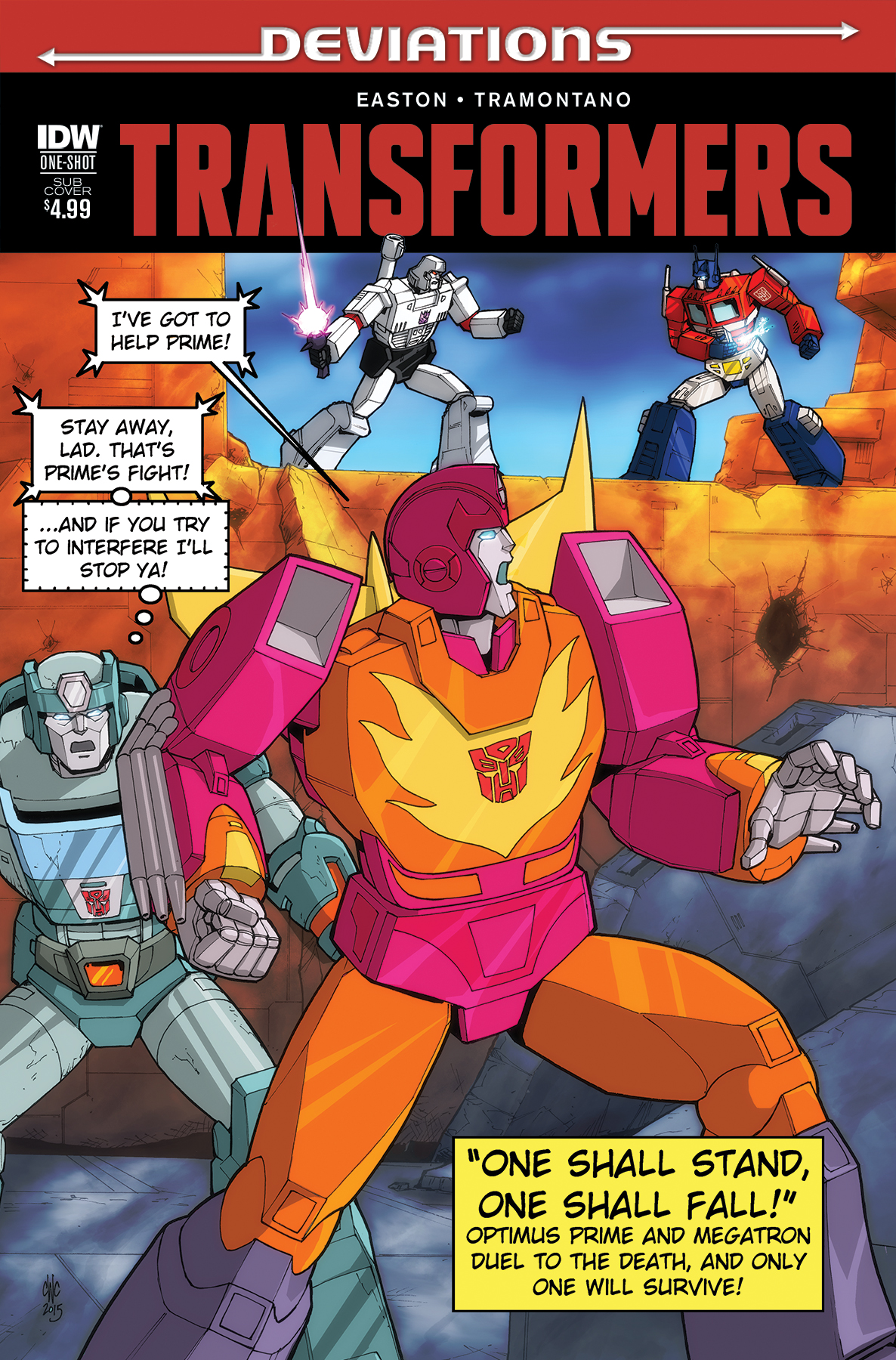 Brandon Easton (w) • Priscilla Tramontano (a) • Marcelo Matere (c)
In a World… Where OPTIMUS PRIME Never Died! One would stand and one would fall… and we all know OPTIMUS PRIME fell. But how would history have played out if he hadn’t? Would the AUTOBOTS have still stood triumphant in their darkest hour… or would UNICRON have reigned supreme?!

X-Files Deviations One-Shot—GEM OF THE MONTH 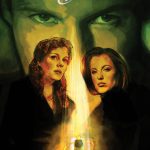 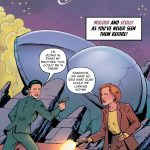 In a world where young Fox Mulder was abducted by aliens and never returned, another Mulder takes up the crusade against deception! Meet Samantha Mulder, a believer who won’t stop until she finds out the truth about her brother!

Bullet points:
Find out what happens in a world… where young Fox Mulder was abducted by aliens!
A gender-bending twist on The X-Files team!
Featuring a variant cover by classic The X-Files artist Gordon Purcell!
Part of IDW’s Deviations five-week event! 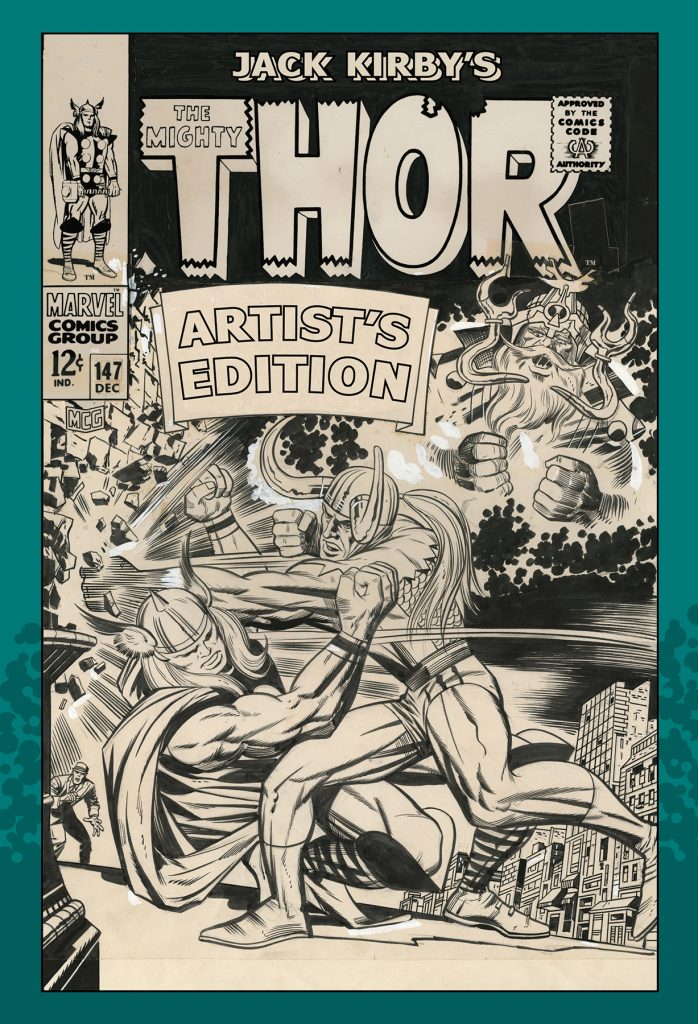 IDW Publishing is pleased to present the first Marvel Artist’s Edition featuring the King of Comics—JACK KIRBY!
Jack Kirby was the most important and influential artist in comics history. He co-created most of the Marvel Universe, including Captain America, The Fantastic Four, The X-Men, The Incredible Hulk, Ant-Man, Iron Man, The Silver Surfer, and so many others—as writer, artist, innovator, his legacy is unparalleled. This very special Artist’s Edition features The Mighty Thor, one of the key characters from the fabled Marvel Age of Comics—all the grandeur and energy that infused Kirby’s work is evident here. Classic complete stories are included from Journey Into Mystery #111, #117, #118, and more, plus a beautiful gallery section!

Back to the Future #6: Continuum Conundrum Part 1—SPOTLIGHT 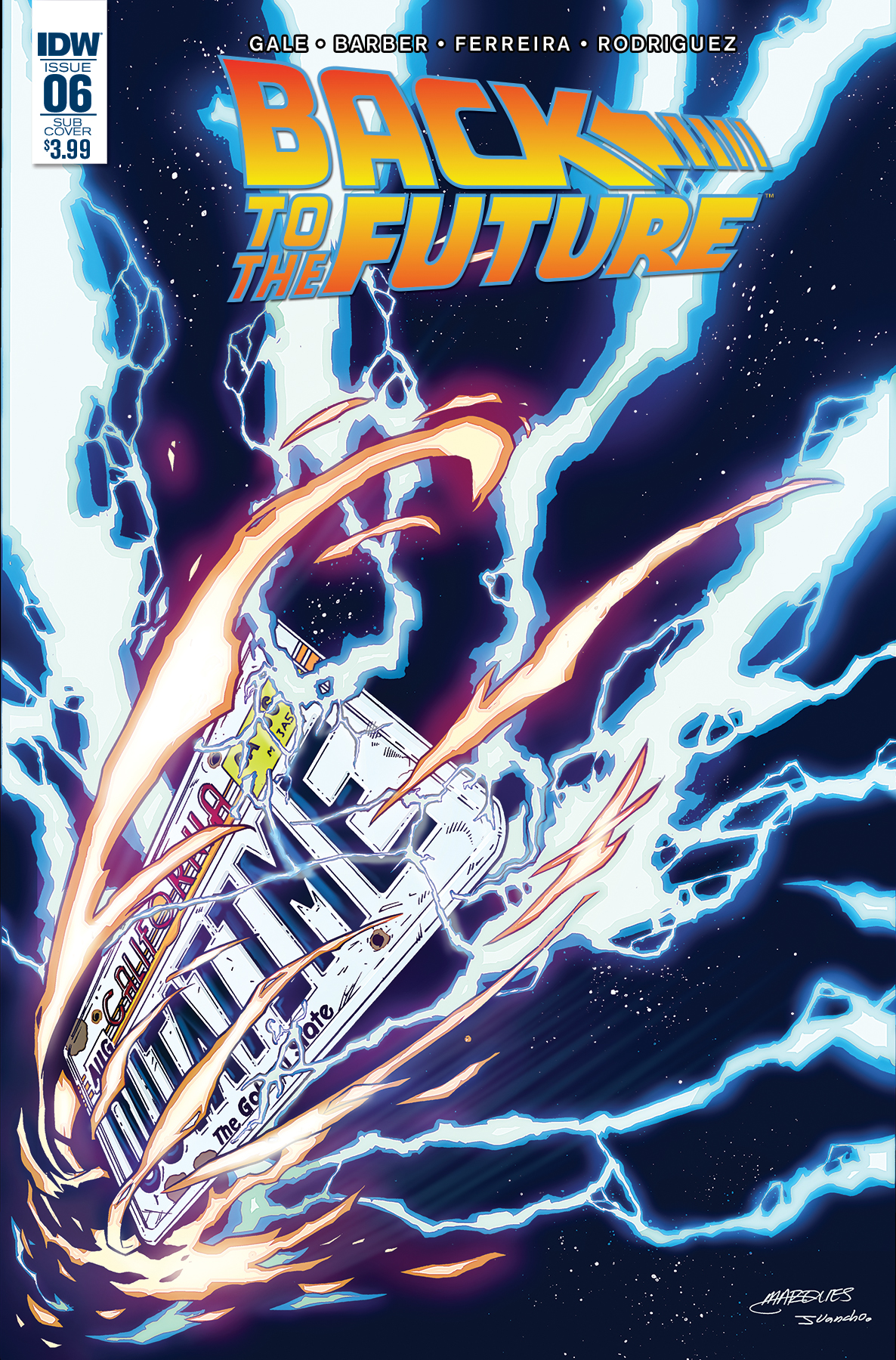 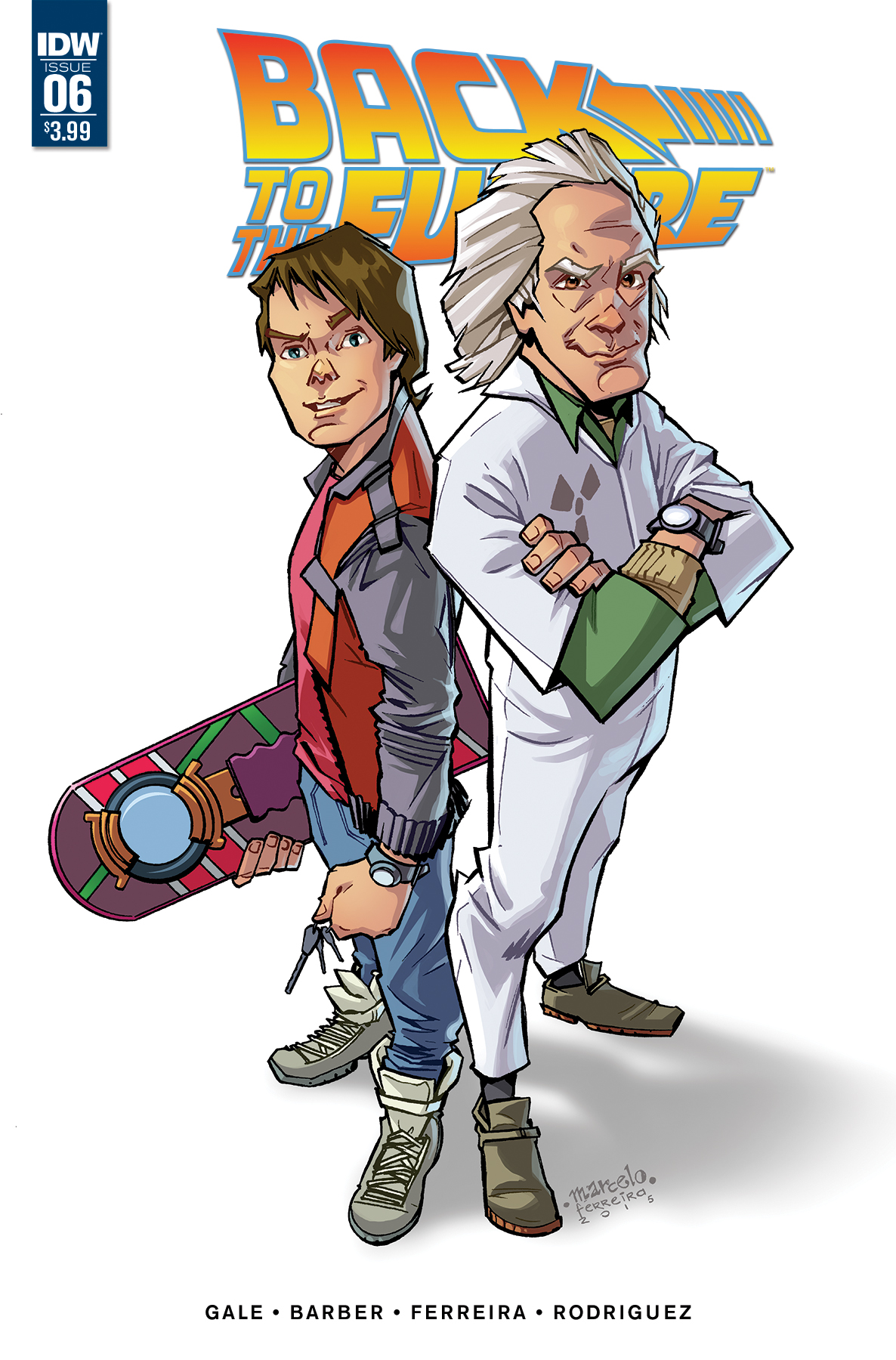 An all-new, multi-issue, multi-continuum story starts here, courtesy of Bob Gale, John Barber, and Marceo Ferreira! We’d tell you more but in the words of Doctor Emmett L. Brown, “No one should know too much about the future.”

Bullet Points:
Jump into the DeLorean here! The beginning of a brand-new multi-issue story arc!

Back To the Future: An Adventure Through Time Game

Fire up the DeLorean and prepare for 1.21 Gigawatts of fun! In Back To The Future: An Adventure Through Time, 2-4 players compete to move Doc Brown’s time-traveling Delorean between three timelines (1955, 1985, and 2015) in order to make sure that key events from the movie’s plotline take place. Manuever key characters like Marty McFly and Biff Tannen through the different timelines, ensuring they meet at just the right moment to set off iconic scenes. The player who does the best job repairing the timeline wins.
THE FIRST 5,000 COPIES OF THIS GAME COME WITH A HOT WHEELS™ DELOREAN!
45 minutes of fun!
2-4 players
Playable from ages 10+
UPC: 827714009279
Case Pack: 12
MSRP: $34.99 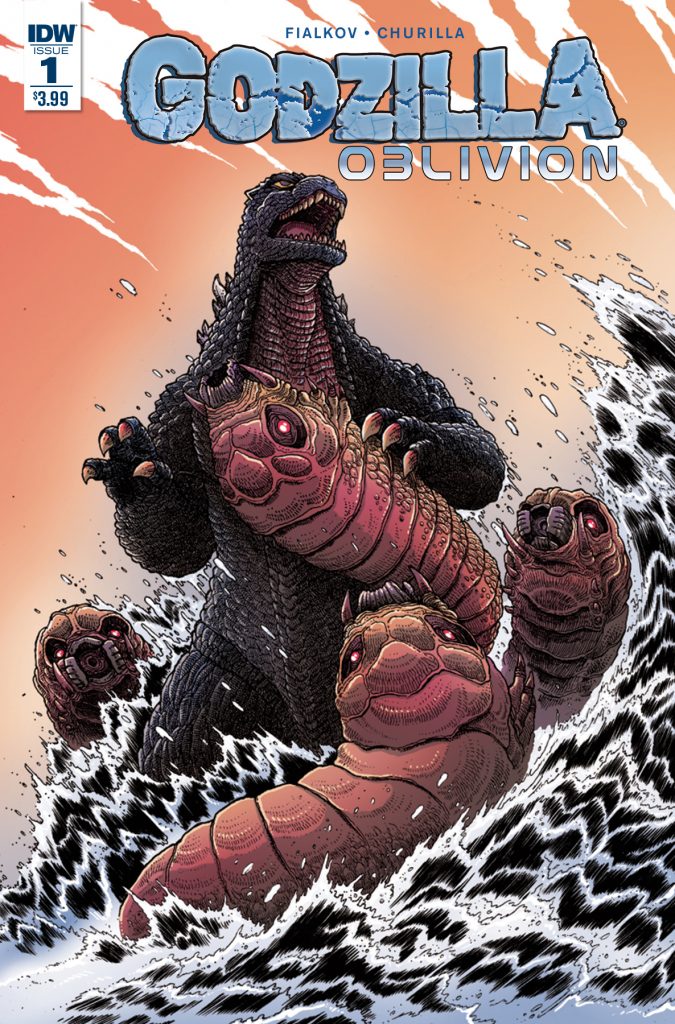 A scientist has created a portal to another dimension—one where monsters rule supreme! A terrifying expedition begins into a world where hope has died and Godzilla is the unrivaled King of the Monsters. But what happens when a baby kaiju hitches a ride back to the original, monster-less dimension?