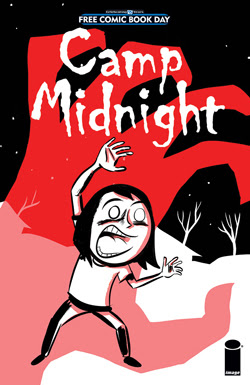 Camp Midnight comes from Ben 10 and Big Hero 6 creator Steven T. Seagle and New Yorker Magazine cartoonist Jason Adam Katzenstein. It tells a spooky story featuring Skye who is dead-set on not fitting. However, not fitting in will be the least of her worries when she is accidentally sent to the wrong summer camp – Camp Midnight, where everyone attending is a full-fledged monster. Camp Midnightcomes from the Man of Action imprint on Image Comics. 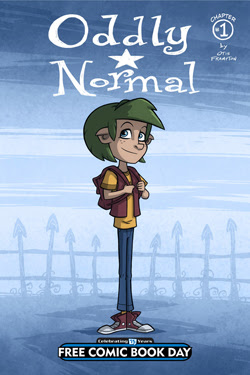 Oddly Normal comes from creator Otis Frampton and follows Oddly Normal, a ten-year-old girl with pointed ears and green hair—a half-witch who will be the first to tell you that being a little different doesn’t make it easy to make friends at school! On her 10th birthday, Oddly bows out her cake’s candles and makes a disastrous wish. Now, she must travel to Fignation to uncover the mystery of parents’ disappearance. Oddly navigates a strange new school, monstrous bullies, and Evil itself on an unforgettable adventure through the vibrant world of Fignation!

The creators of Camp Midnight and Oddly Normal were excited to have their works chosen to be included in Image’s Free Comic Book Day Offering. Here is what they had to say:

Steven T. Seagle said, “I love that Image has made both its FCBD books all-ages comics. Camp Midnight is a book about kids that’s for kids and adults alike. And best of all, the full 248 page graphic novel will be released right at the same time so anyone who likes the FCBD edition can dive right back in for the whole story.”

Jason Adam Katzenstein also added his thoughts, “I’m so happy that Image has made Camp Midnight their Free Comic Book Day book—it’ll be a great introduction to the spooky world of the comic, and hopefully leave everyone wanting more!”

Finally Otis Frampton concluded, “I’m thrilled and very honored that Oddly Normal will be a part of Free Comic Book Day in 2016. I hope that everyone who picks up a copy of Chapter 1 enjoys meeting Oddly and reading the start of her adventures!”