Young FBI Agent Thomas “Sharpshooter” Jennings has been called in from Cleveland to help investigate a string of murders involving mafia leaders. His main objective is to find the latest victim’s kids before the murderers beat him to them. How does it fare?

[easyazon_link identifier=”B018W46JW8″ locale=”US” tag=”bounintocomi-20″]Seduction of the Innocent #2[/easyazon_link] starts to live up to its title, with an opening sequence depicting how easy it is to seduce the innocent with just a few short words. It also is a nice little flashback showing how one impact moment can be taken to heart and influence how you begin to think about the world and react to certain situations.

In addition to this opening sequence, writer Ande Parks continues to develop the main protagonist, Agent Jennings. He is anything but your typical FBI Agent brimming with confidence or driven by an inner fire to get the bad guys. Instead, he is a panicked, nervous wreck and a stickler for the law even at times of duress. Parks puts this on full display when he has Jennings rush home in full freak-out mode after his wife left a message saying it was an emergency. His mind went straight to a home robbery or maybe even something worse. The great thing about this scene is how Parks also brings it back to the overall theme of the book and how individuals can be easily manipulated by mere words to take certain actions.

Probably the greatest part of Jennings’ character development is the fact he actually reflects on his actions and realizes how he was acting and faces a truth he sees within himself. Not only is he able to see this truth about himself, he is also able to share it with his wife, detailing the strength of their bond. It is a great moment where the character is fully exposed, bearing his soul to us. 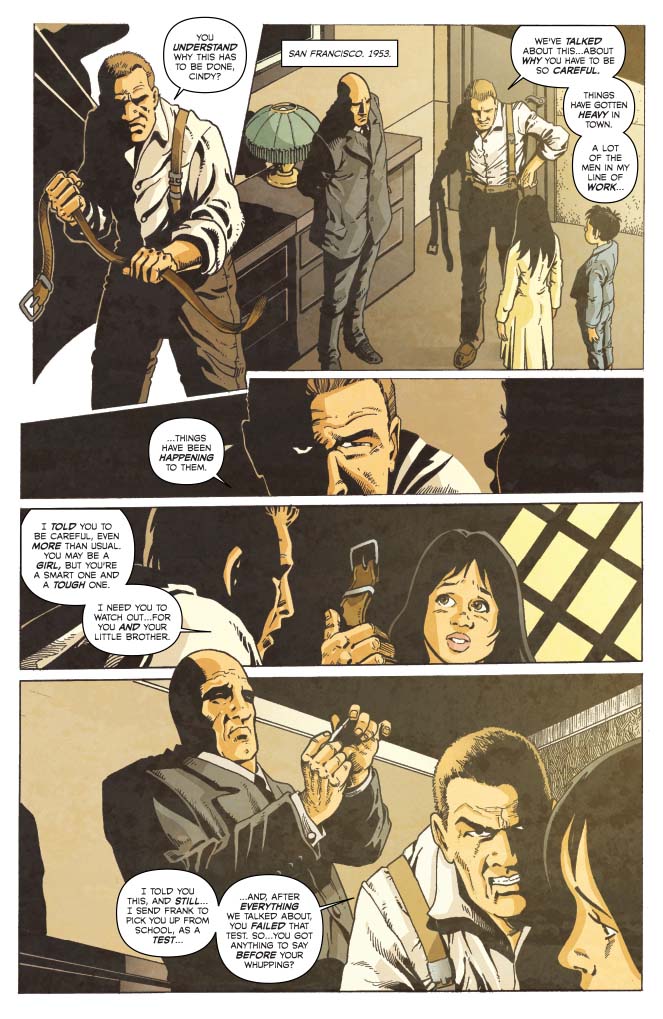 Not only does Parks give us greater character moments through dialogue with the other characters, we also see it shining in the actions Jennings takes, whether it is confronting his boss about his assignment or going head-to-head in a grappling match with one of the murderers.

There are some odd moments. One in particular is Agent Jennings’ realization regarding a map. Unfortunately, whatever that realization was is never explained to us. We just have to accept that he made some kind of connection.

Esteve Polls does a great job of building Jennings’ character through his artwork. I loved the layout he used depicting Agent Jennings as he rushes home. It’s an unconventional four-panel page that hides Jennings’ face until the very last panel, instead focusing on his body language as he runs towards the apartment door with a clenched fist or how he stands in the middle of the room after he wildly slams it open. Finally, he shows us his face and it is pure emotional chaos. You can see the panic almost rising within him. He creates this effect by keeping one of his eyes doused in shadow, appearing to blend in with the background while bathing the other one in light. It makes it look like his eyes are getting bigger, working towards that eye-popping moment. 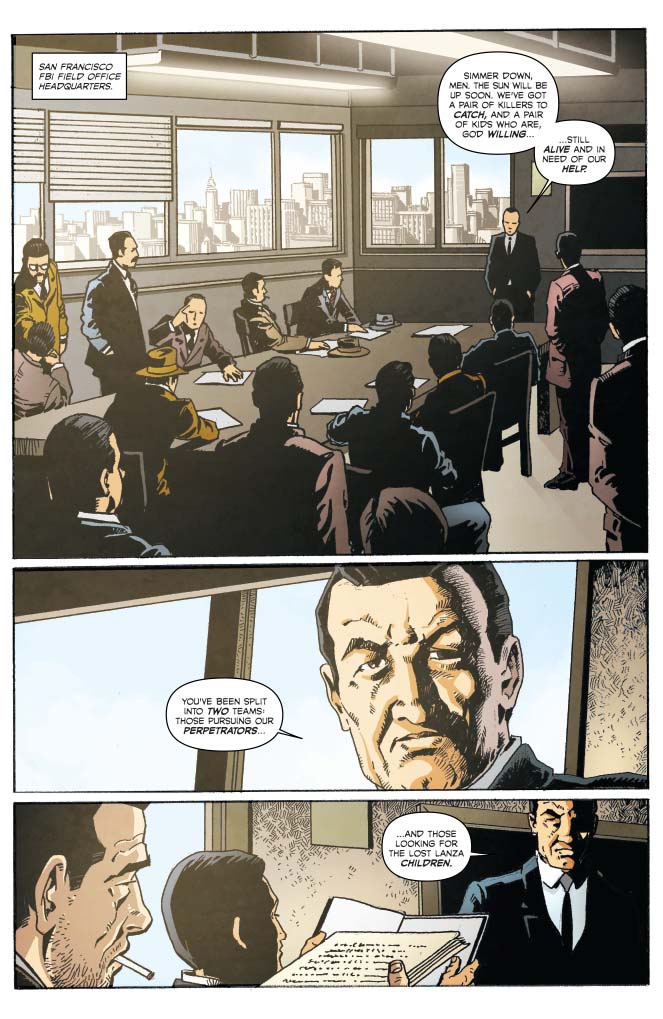 The art style is very typical of a crime noir book with heavy shadowing and nuanced lighting. There are some panels where the architecture or layout of the rooms looks off. One in particular depicts a lighting fixture inside a conference room. It looks off center and appears to be directly on top of a far row of chairs. It’s a minor issue, but does skew the panel and throws it out of whack a bit.

[easyazon_link identifier=”B018W46JW8″ locale=”US” tag=”bounintocomi-20″]Seduction of the Innocent #2[/easyazon_link] is a solid entry in the crime noir genre with one of the strongest and most compelling protagonists in Agent Jennings, not to mention the overall dark tone of the book. It also has a mysterious and suspenseful plot with a number of intriguing supporting characters. The artwork is solid and even includes some innovative panel layouts to convey how certain characters are feeling. I definitely recommend this one, especially if you are a fan of crime noir.