DC Comics has announced their Free Comic Book Day 2016 offerings with a special edition issue of Suicide Squad #1, the first chapter of the Suicide Squad Vol. 1: Kicked in the Teeth, and a sneak peak inside the upcoming original graphic novel DC Super Hero Girls: Final Crisis.

The Suicide Squad #1 FCBD Special Edition will be written by Adam Glass with artwork from Marco Rudy. Ryan Benjamin did the cover. The original Suicide Squad Vol. 1: Kicked in the Teeth was illustrated by Federico Dallocchio. The story looks to follow Harley Quinn, Deadshot, and King Shark as they lead a lethal team of death-row super villains recruited by the government on missions so dangerous – they’re sheer suicide!

The DC Super Hero Girls #1 FCBD 2016 Special Edition is written by Shea Fontana with cover art and interiors by Yancey Labat. The story is set in a new universe, DC Super Hero High. It will include two stories from the upcoming graphic novel where the student body is hard at work, the day before finals. However, nothing is going right. Wonder Woman is sparring with Cheetah in gym class as Batgirl and Supergirl watch from the sidelines. The second story looks to show the girls in the classroom but one seat is unfilled. Where could Supergirl be?

You can get both of these books at Free Comic Book Day on May 7, 2016 at your local comic book shop! 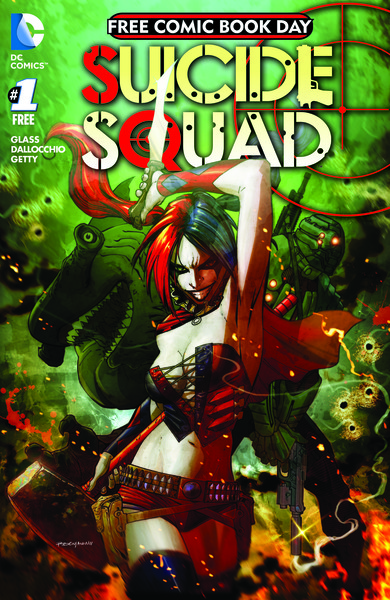 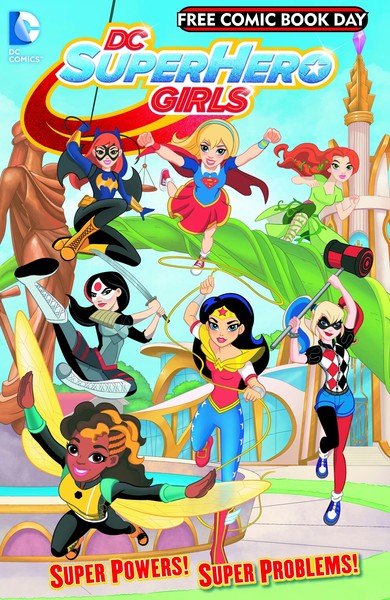