Black Magic follows Detective Rowan Black as she has become entangled in a decidedly occult investigation. The investigation has bled over into her private life despite her best efforts to keep her work and private lives separate.

Black Magic #5 brings the arc to a close with a trial by divination.

“This issue concludes the first half of the first ‘act’—and it upends the table,” said Rucka. “We start to see more of what not only what Rowan can do, but what Alex is capable of, as well; but more crucially, we get the first real reveal of what it is they’re up against. And it isn’t pretty. Literally and figuratively.”

“Rowan, Alex, pretty much everyone, has way more to fear than they thought,” said Scott. “Something’s creeping through the cracks and the manipulation has just started.” 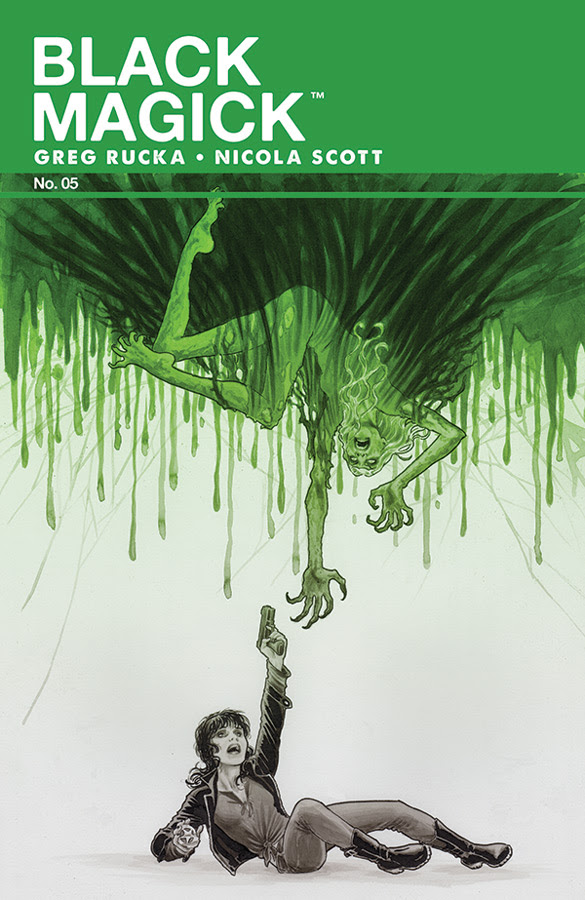 Cover A by Nicola Scott 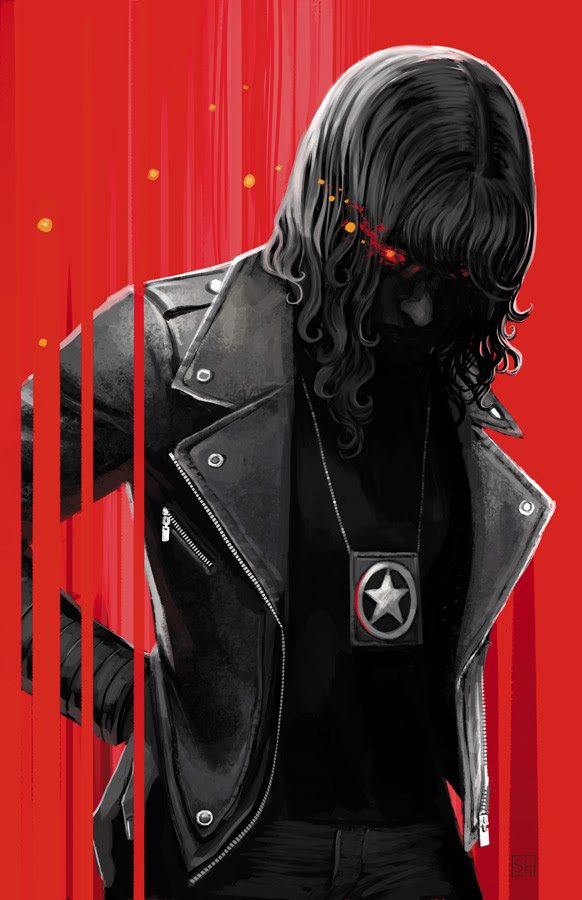 Cover B by Stephanie Hans