What do you get when Jesus, his pregnant lover Satan, their best friend Maria, and a pissed off Hercules come together? [easyazon_link identifier=”163229124X” locale=”US” tag=”bounintocomi-20″]Holy F*cked[/easyazon_link] that’s what you get.

From Action Lab: Danger Zone Comics, Nick Marino and Daniel Arruda Massa bring you one insane story that will either cause you to head to confession or get you laughing like crazy. I came across the story by accident. When the app Comic Blitz debuted, I was scanning through the titles and came across a series called Holy F*cked. The story involves Jesus, Satan, and Maria taking on Zeus and other gods who are looking to drop a nuclear bomb on the world in order to force people to have faith in them again. Major hijinks ensue and when all is said and done, this series is set up for us.

To start off, this comic is not for everyone. You have to know what you’re getting into when you start this. When you’re dealing with humor centered around religious figures, not everyone will get the jokes. There’s nothing wrong with that because humor at the end of the day is purely subjective. What I find funny, others may be insulted and vice versa. What I like about the world that Nick has created is for all the dumb, enjoyable silliness in the two Holy F*cked stories, there’s a study of faith and its importance. Think of Mel Brooks’ Blazing Saddles. That movie had some of the most vile, disgusting, and of course funny jokes a movie has probably ever had. Through that humor, Mel and the writers involved were able to talk about racism and showcase how stupid it is by simply laughing at it. 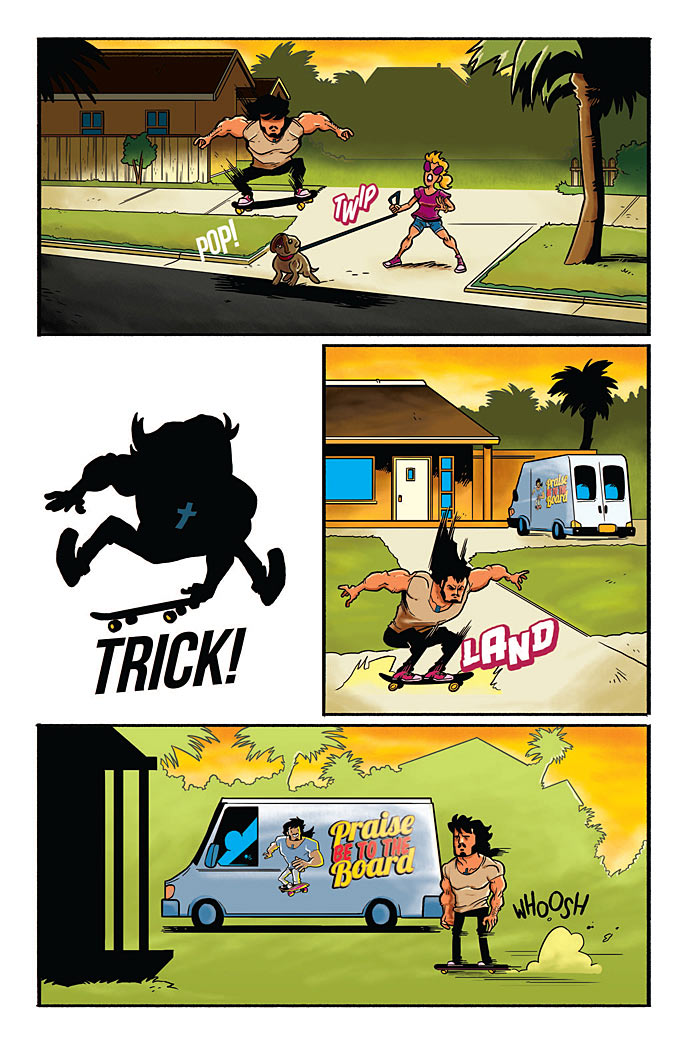 In Holy F*cked you have much the same. It takes the premise of an 80s action film and shocks you with religious figures doing some crazy stuff. Nick and Daniel are able to show us why people hold these figures like Jesus in such high esteem.

The only real issue I had with the comic was a subplot involving a group called The New Apostles. A whole issue is spent building up these characters as the be all, end all warriors Jesus and the others need in order to defeat Zeus. However, once we finally see them in action they are easily waylaid. Having no payoff for these characters came across as a time killer. Being that they are cosmic beings, there is every chance they could be resurrected and brought back but their inclusion in this story was pointless. I am a bit frustrated at how those characters ultimately went nowhere.

The artwork from Daniel Massa is great. While it may come across as simplistic, don’t let it fool you. Sometimes comics or animation have to have devolved looking characters and landscapes in order to allow the audience to subliminally get the point the writer and artist are trying to do with the story. Take South Park. A lot of what makes that cartoon enjoyable is the fact that the animation is as simplistic as it is. If South Park were drawn like a Disney cartoon, a lot of the humor would be lost and we the audience would probably be more uncomfortable than we are entertained. 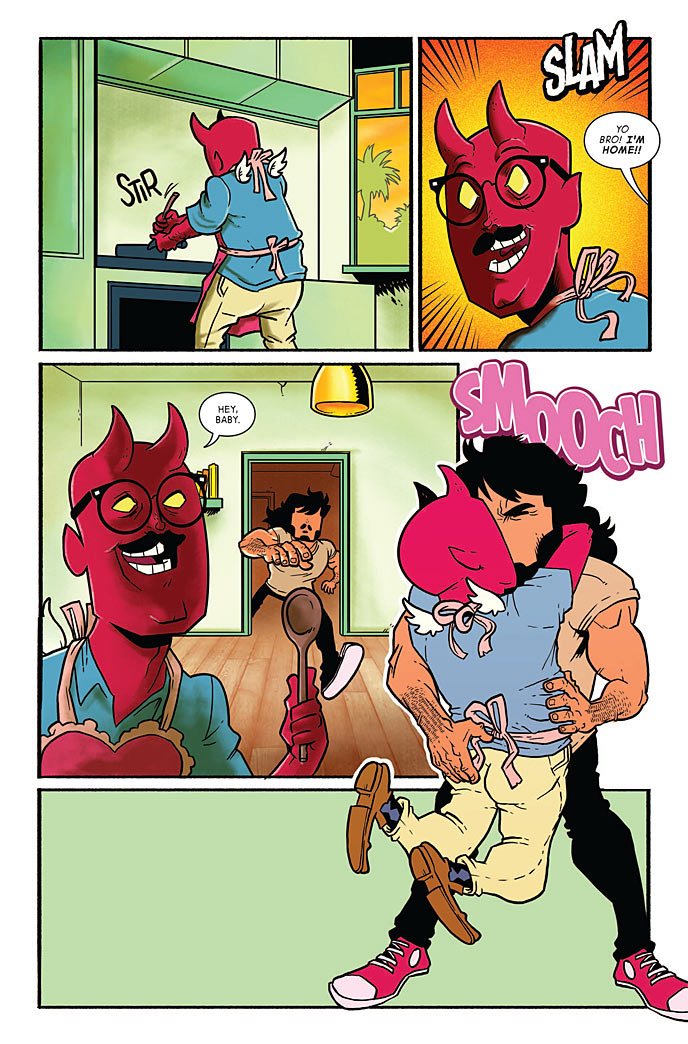 Likewise, in Holy F*cked, we have artwork that on the surface is simplistic but does a lot to add to the mood of the story whether it be visual gags like Jesus in the shower (If you’re going to have a savior, you want him well armed!) to over exaggerated action. The art does a lot to bring out the humor in the script as well as make it better. The sign of a good comic book artist is one who can make the script better and in this case Massa does just that, well done.

If you find stuff funny that would make an old lady call a priest to start an exorcism, [easyazon_link identifier=”163229124X” locale=”US” tag=”bounintocomi-20″]Holy F*cked[/easyazon_link] is the comic for you. Don’t let the humor throw you off though. While the story is admittedly not for everyone, it actually celebrates the characters they go out of their way to make so silly. You would do well by checking it out.