X-O Manowar and Ninjak cut deep into “THE KILL LIST”!

Dispatched by MI-6 to dismantle a Vine terror cell before its next deadly attack, the Valiant Universe’s fiercest warrior and most elite master assassin have reunited to locate their target…and they might already be too late! But as Commander Trill’s master plan comes to fruition, he may discover that his greatest enemy is within!

Epic storytellers Robert Venditti (WRATH OF THE ETERNAL WARRIOR) and Robert Gill (BOOK OF DEATH) plunge into the world of espionage and intrigue as X-O Manowar’s latest page-turner hunts the heroes of the Valiant Universe! 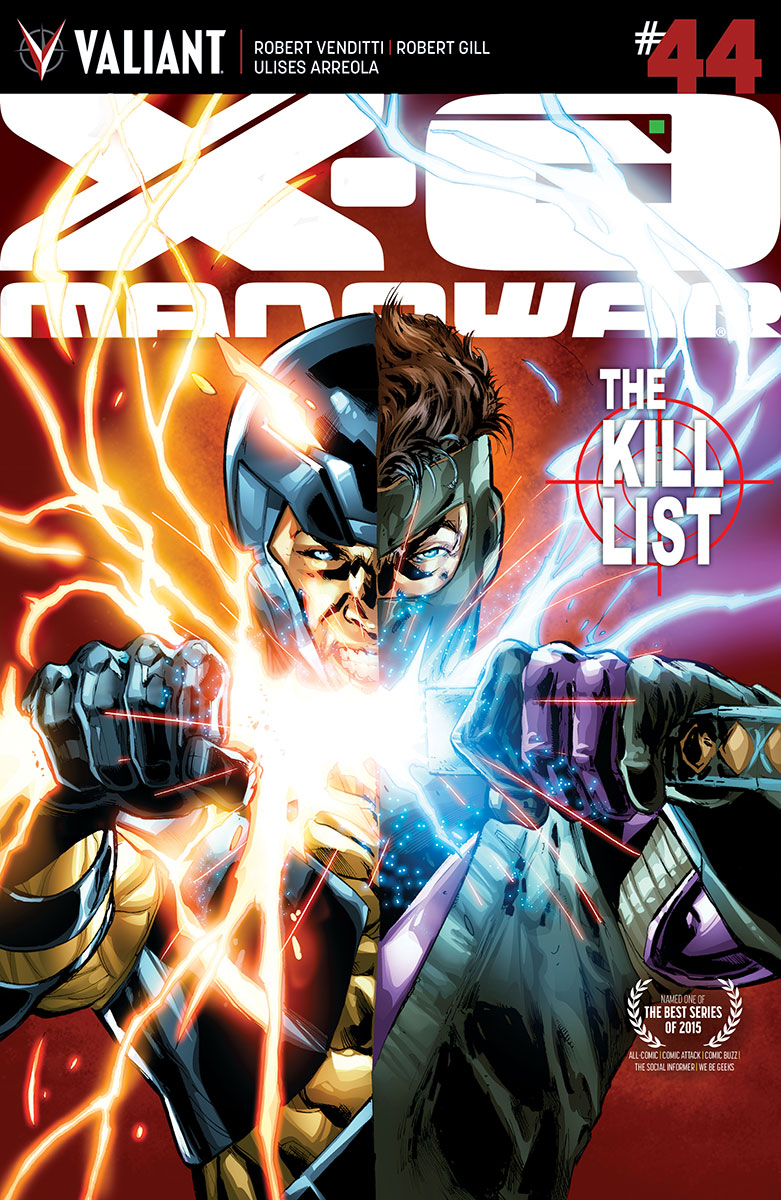 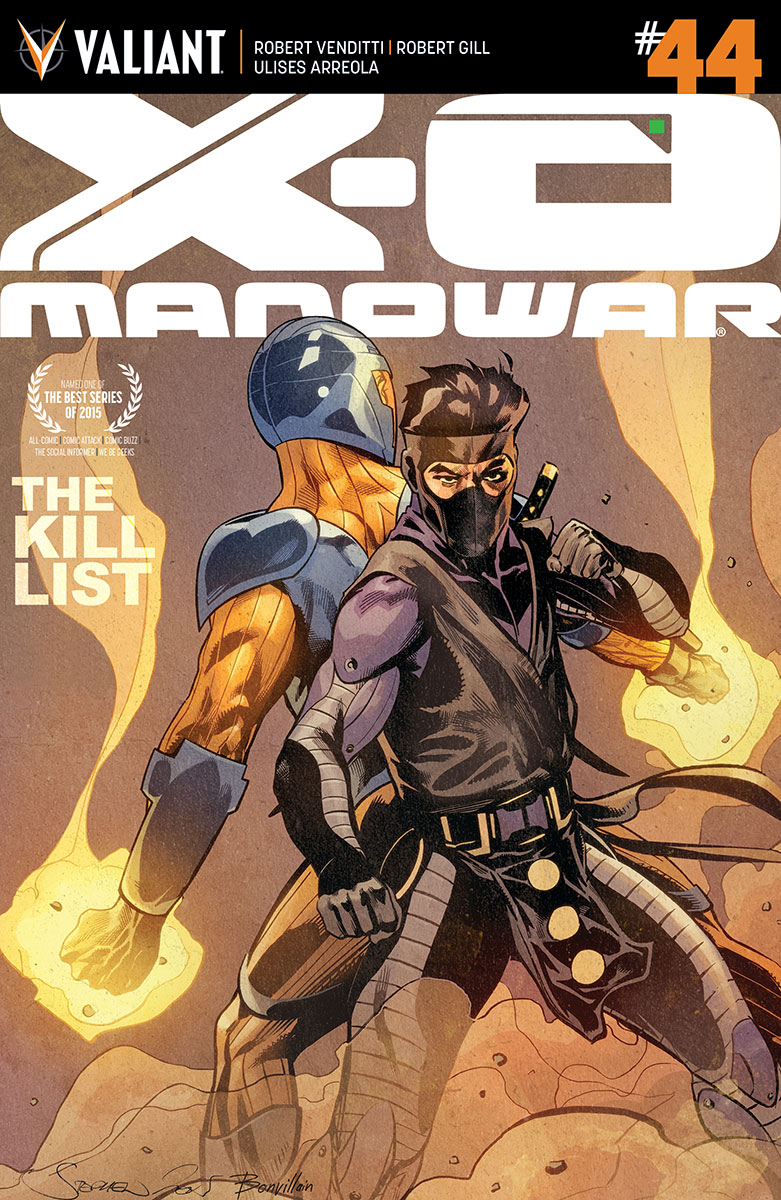 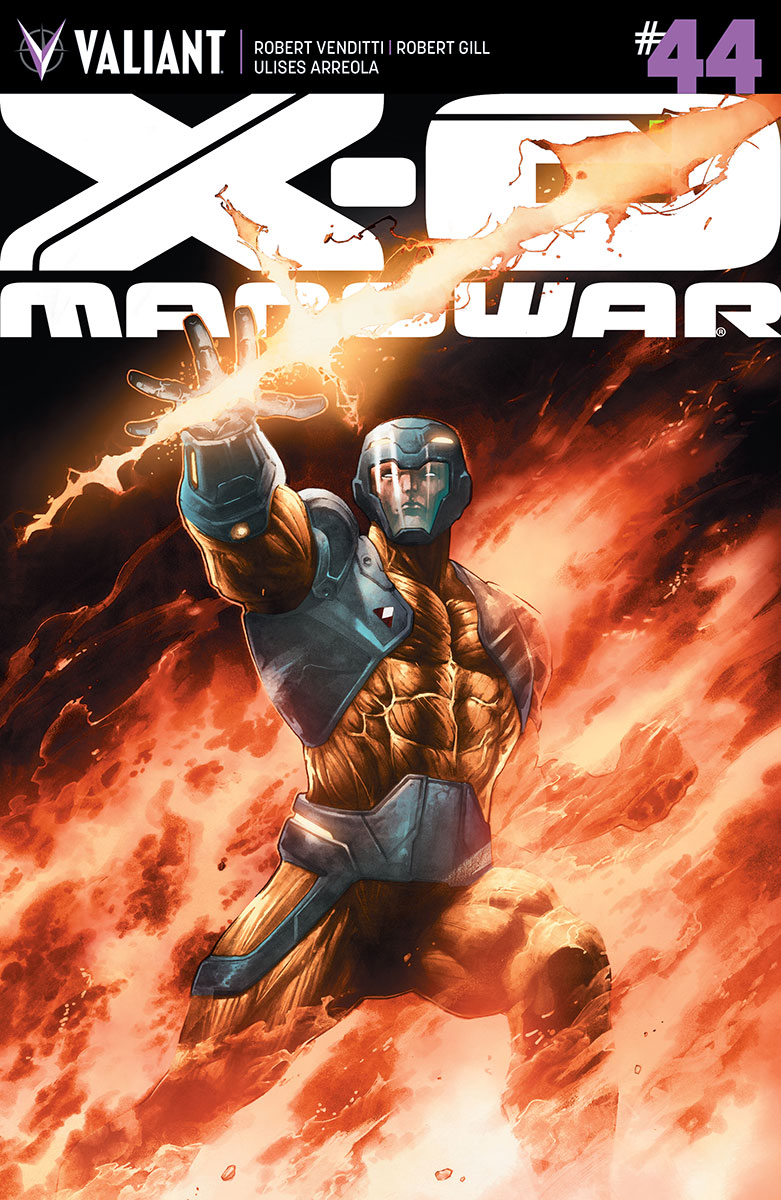 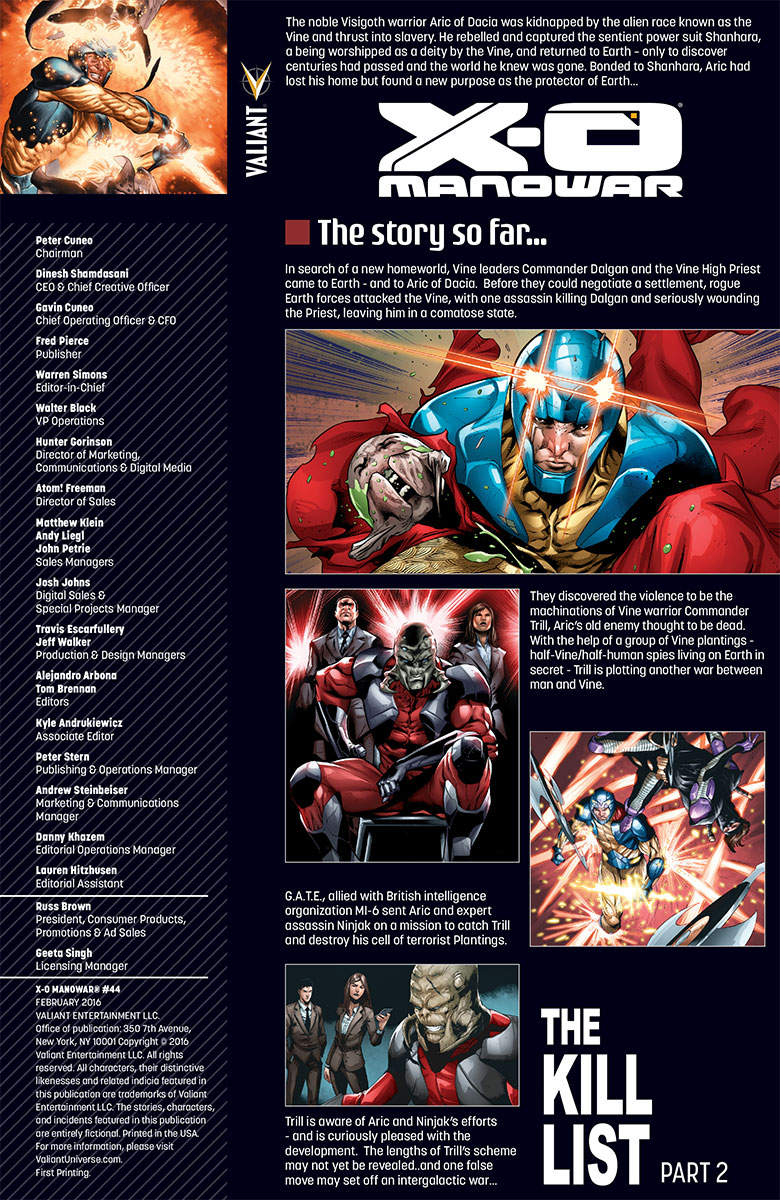 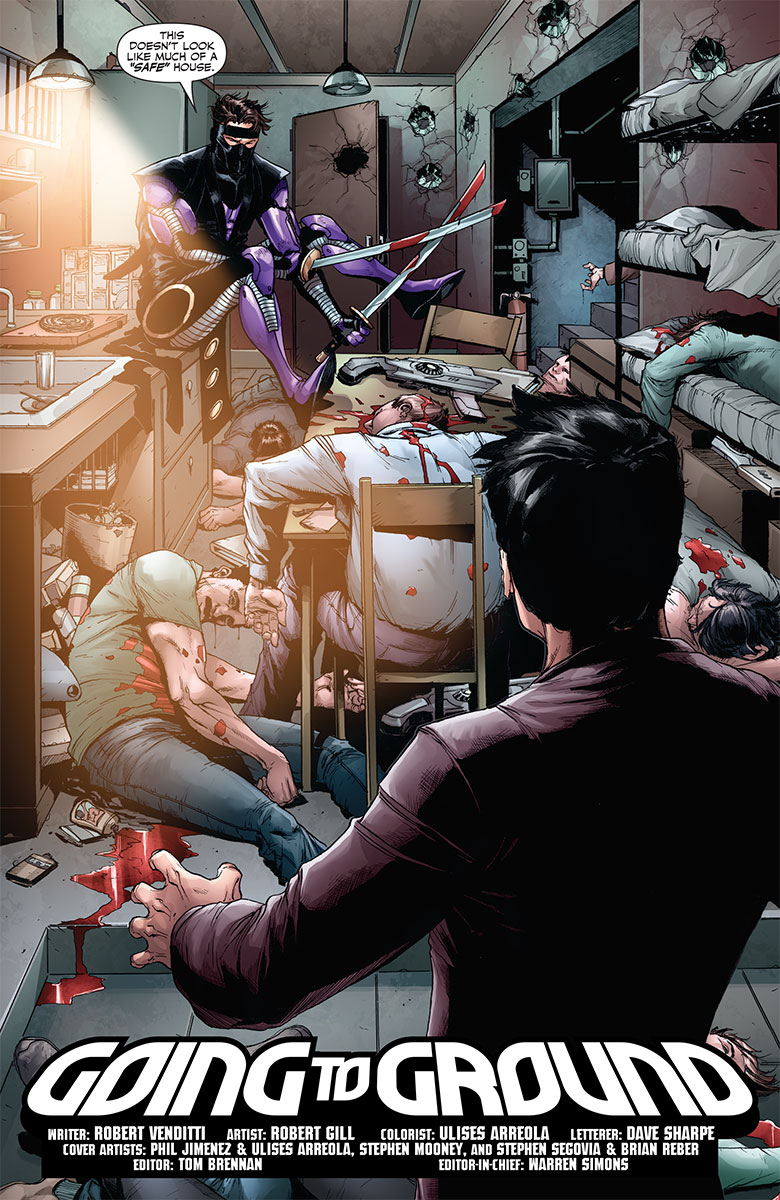 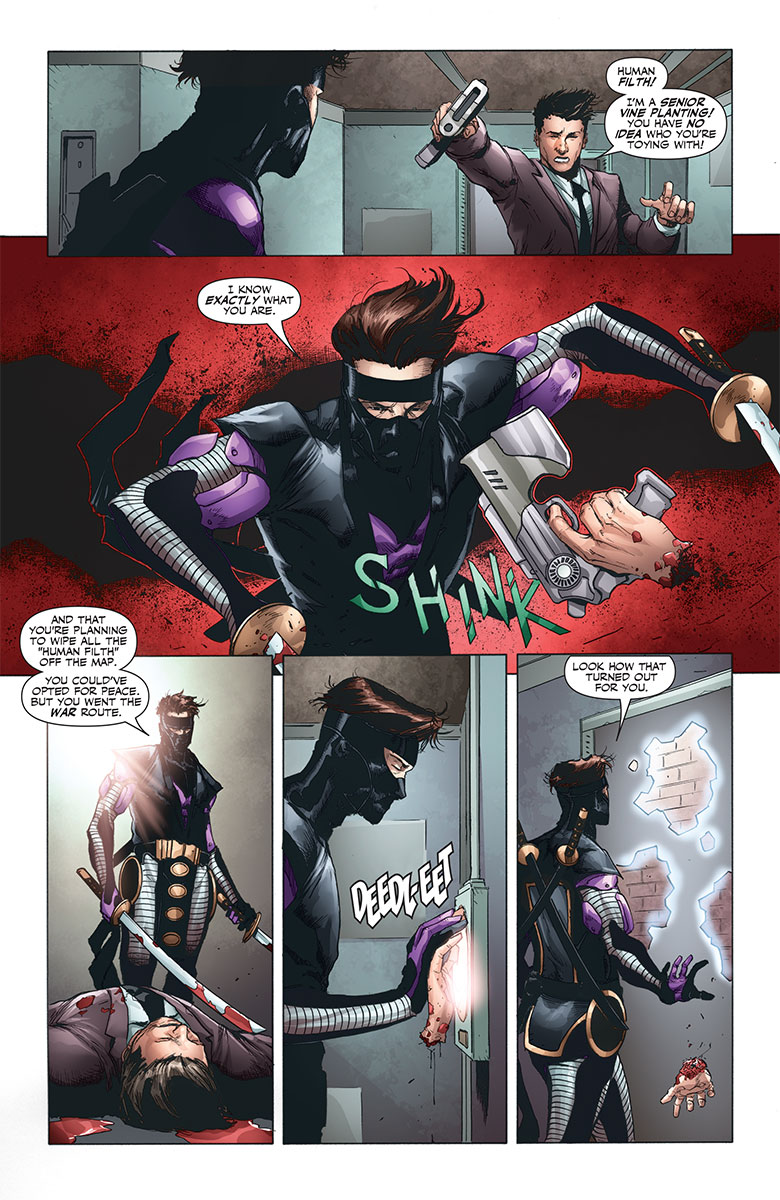 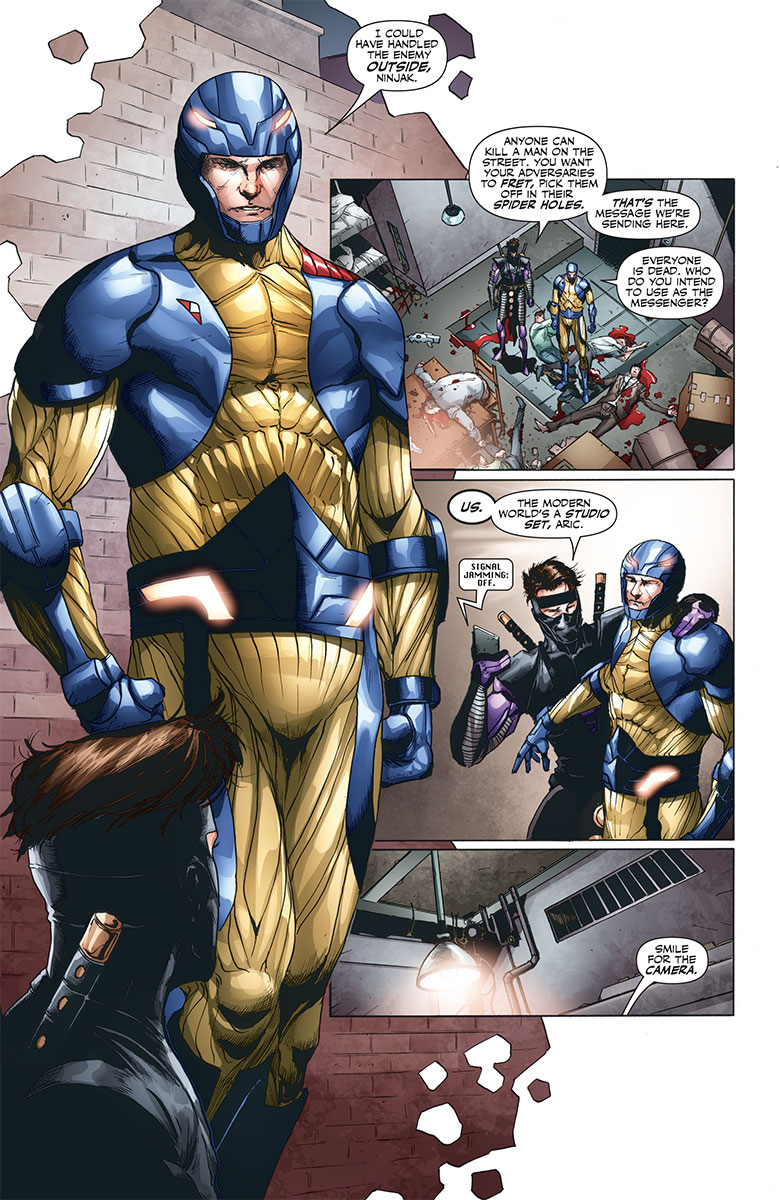 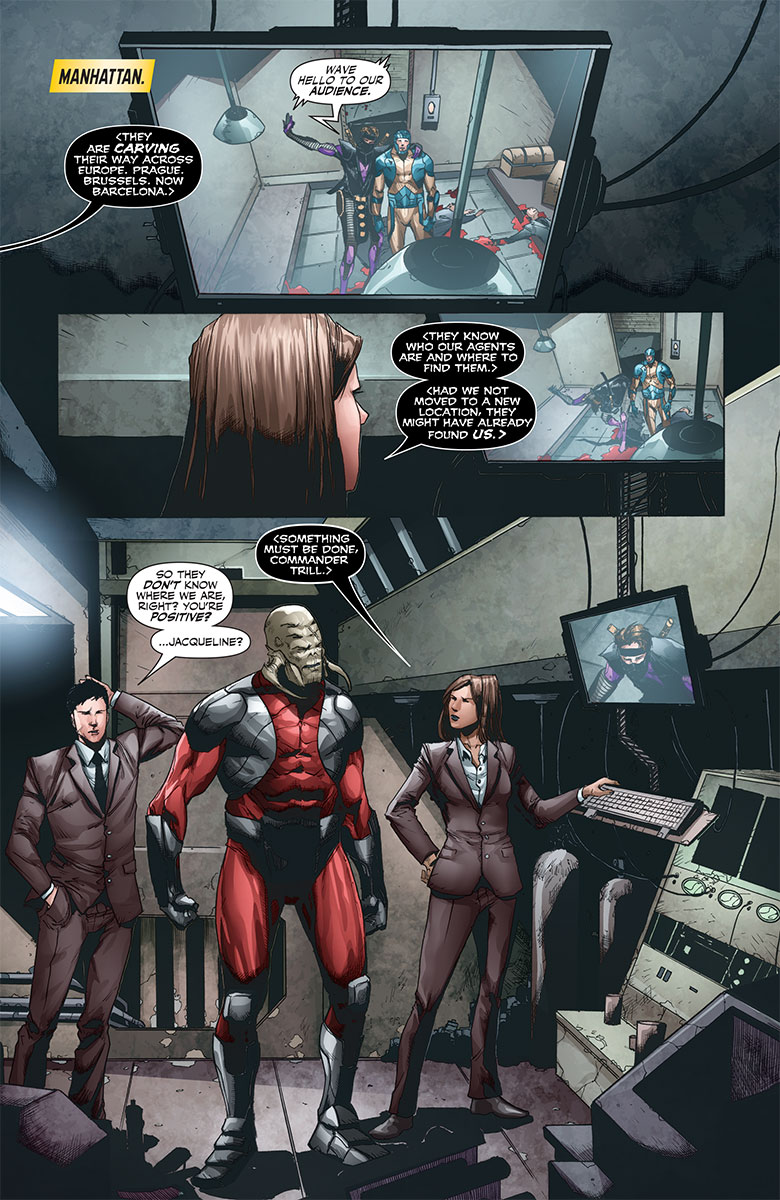 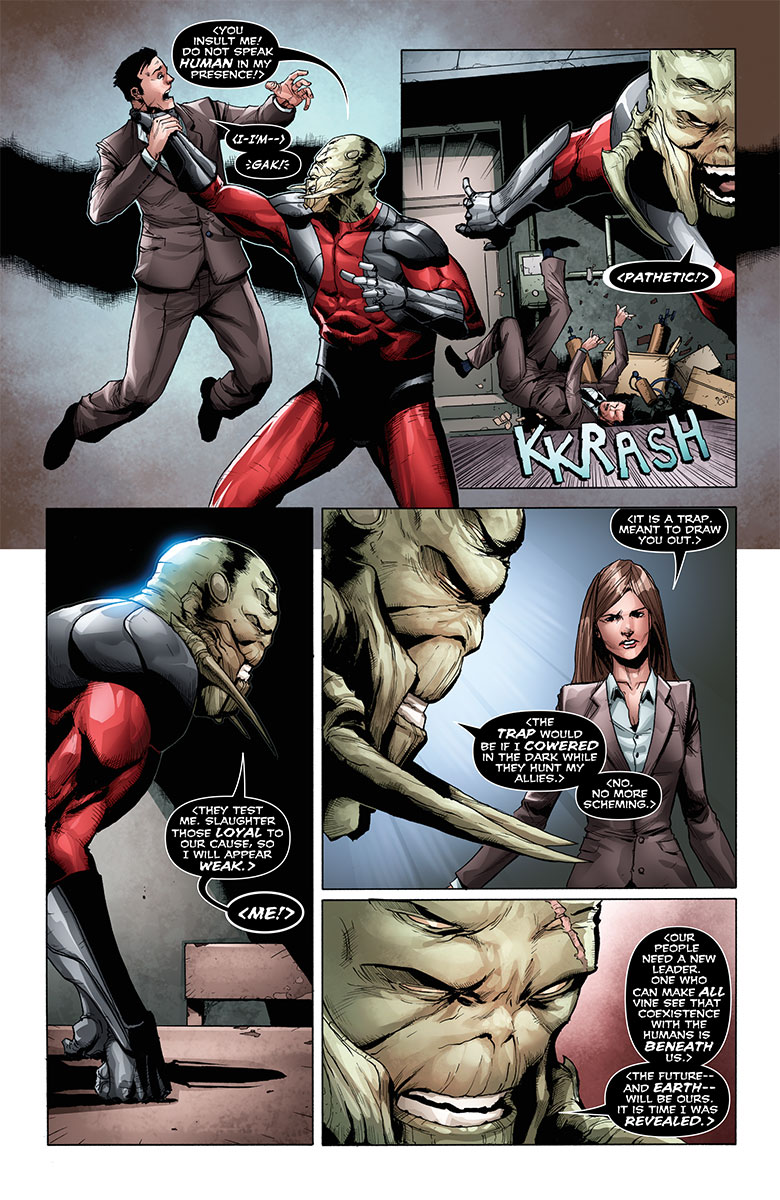