Miles Morales has come to stay in the Marvel Universe with Spider-Man #1 arriving on comic book shelves this Wednesday.

The story follows Miles as he becomes a full-fledged resident of the Marvel Universe. He swings alongside Captain America, Thor, and Iron Man as a member of the Avengers as well as patrolling New York City’s rooftops. However, Miles is still getting accustomed to the new Marvel Universe and he will encounter new friends and foes alike. Will he be ready for this new universe? Is the new universe ready for him?

Brian Michael Bendis spoke with Entertainment Weekly about the upcoming series, “Writing Spider-Man is truly a responsibility. It’s not just a gig. It is something that profoundly affects people. One of the great joys of my life on levels I never thought would happen are people’s responses to this book and to this character.” 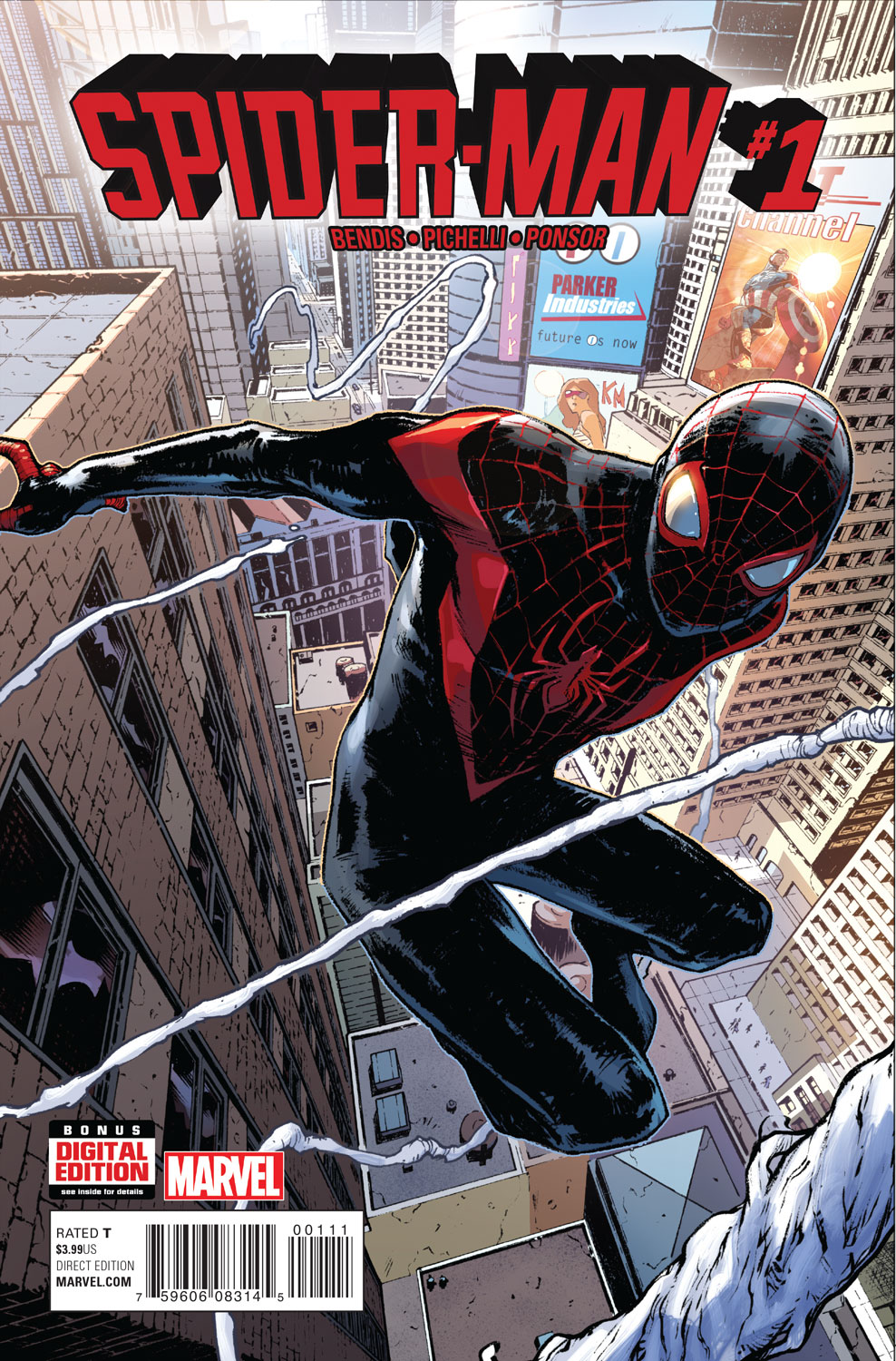 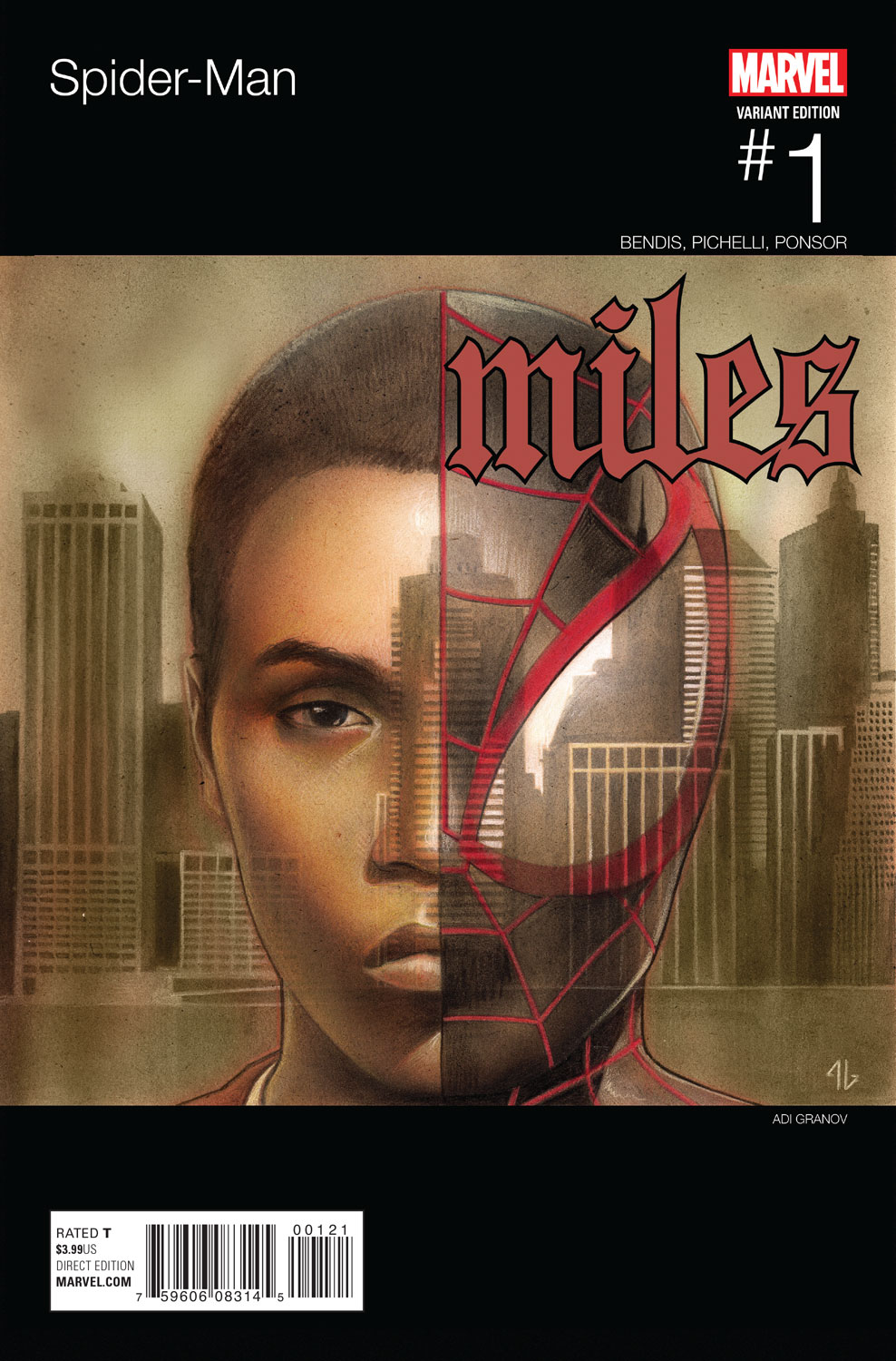 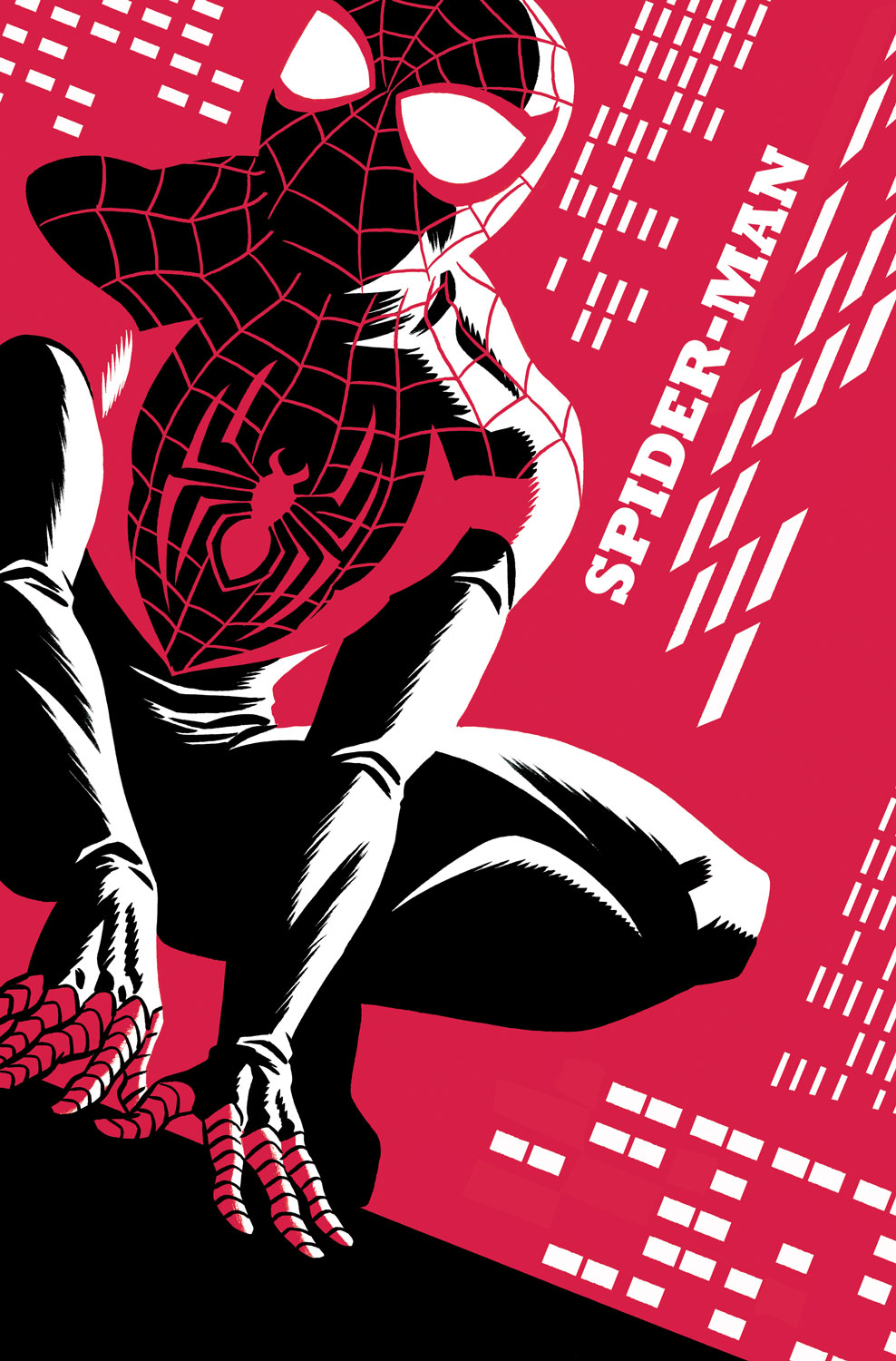 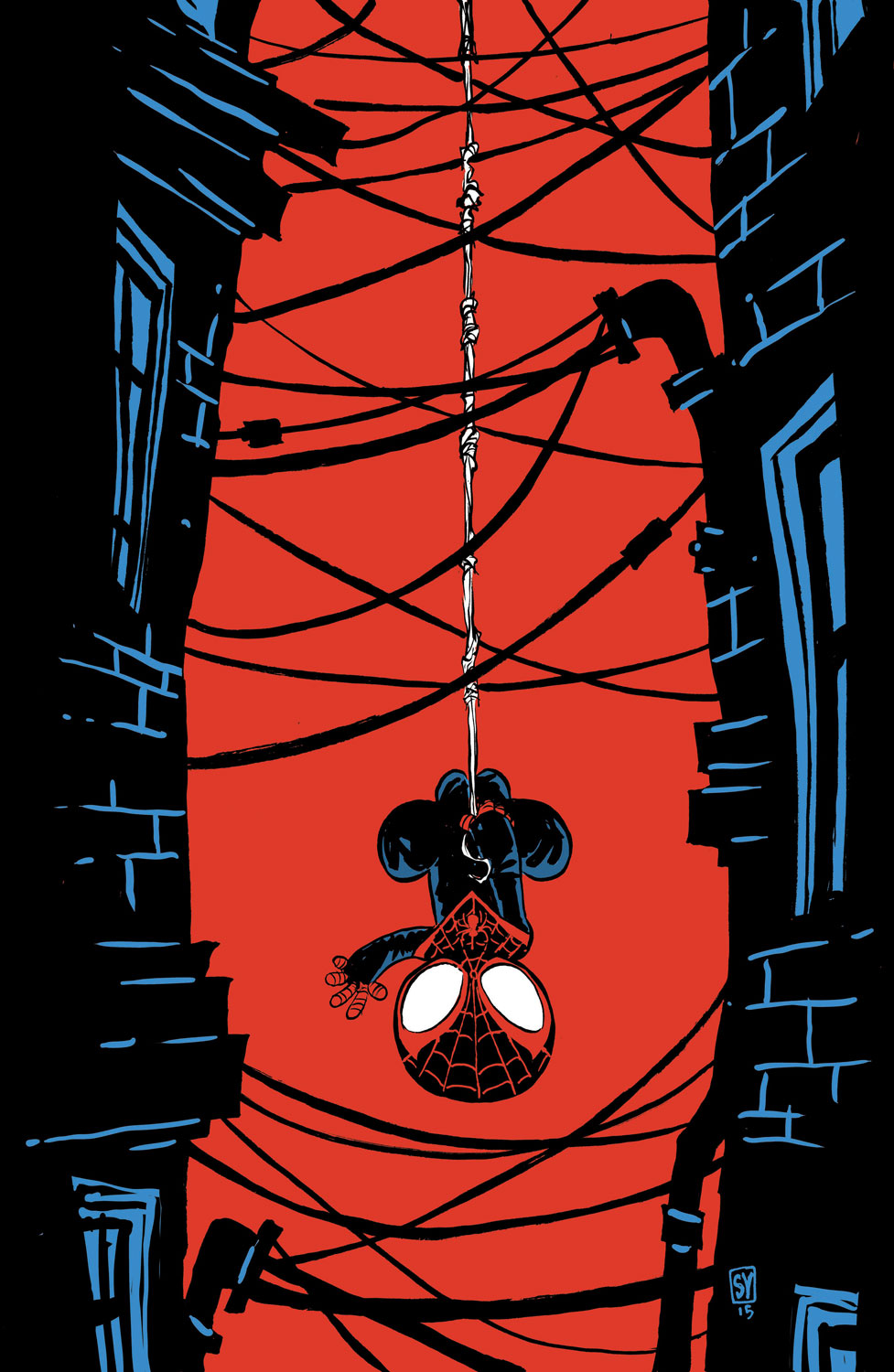 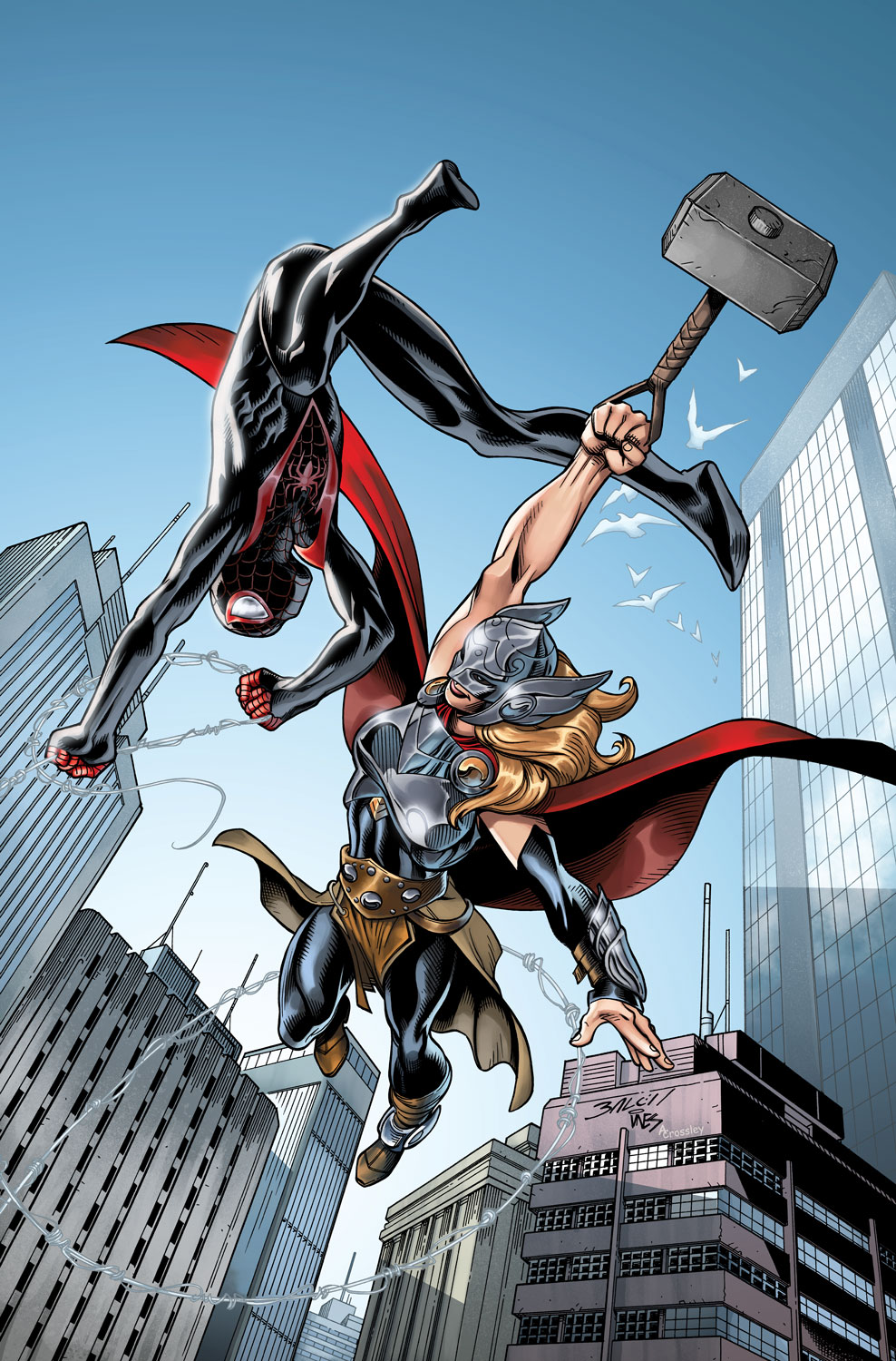 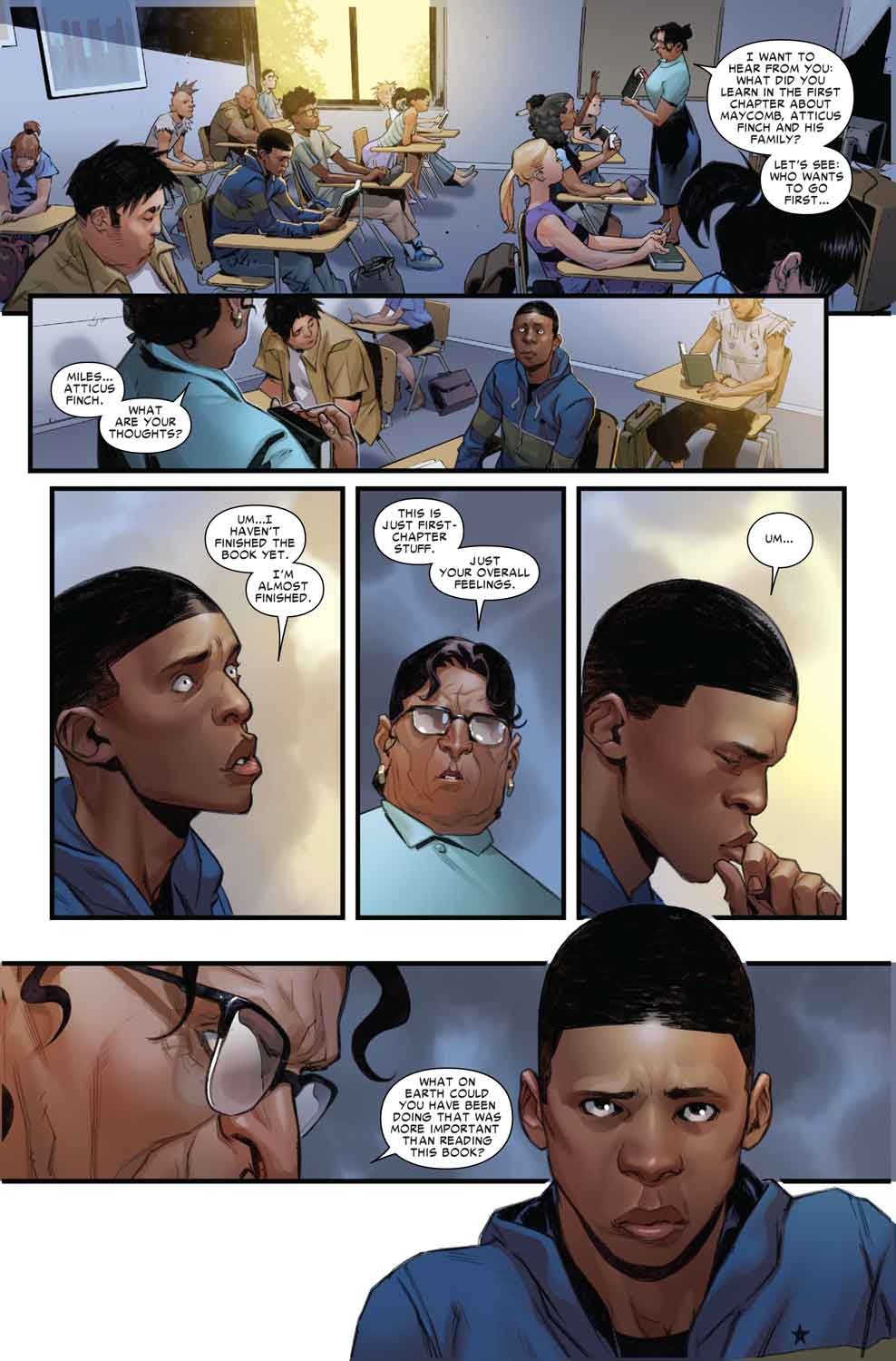 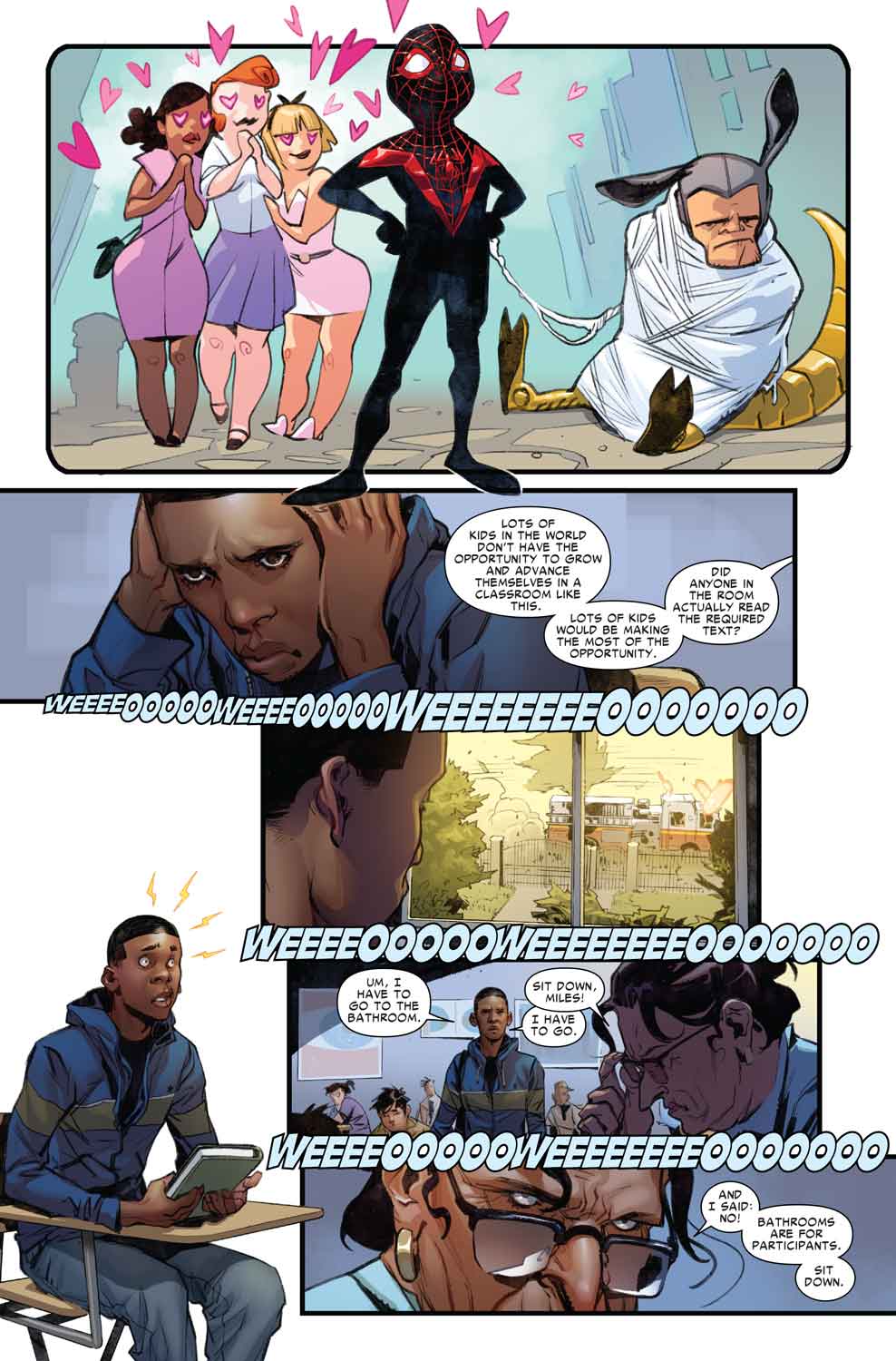 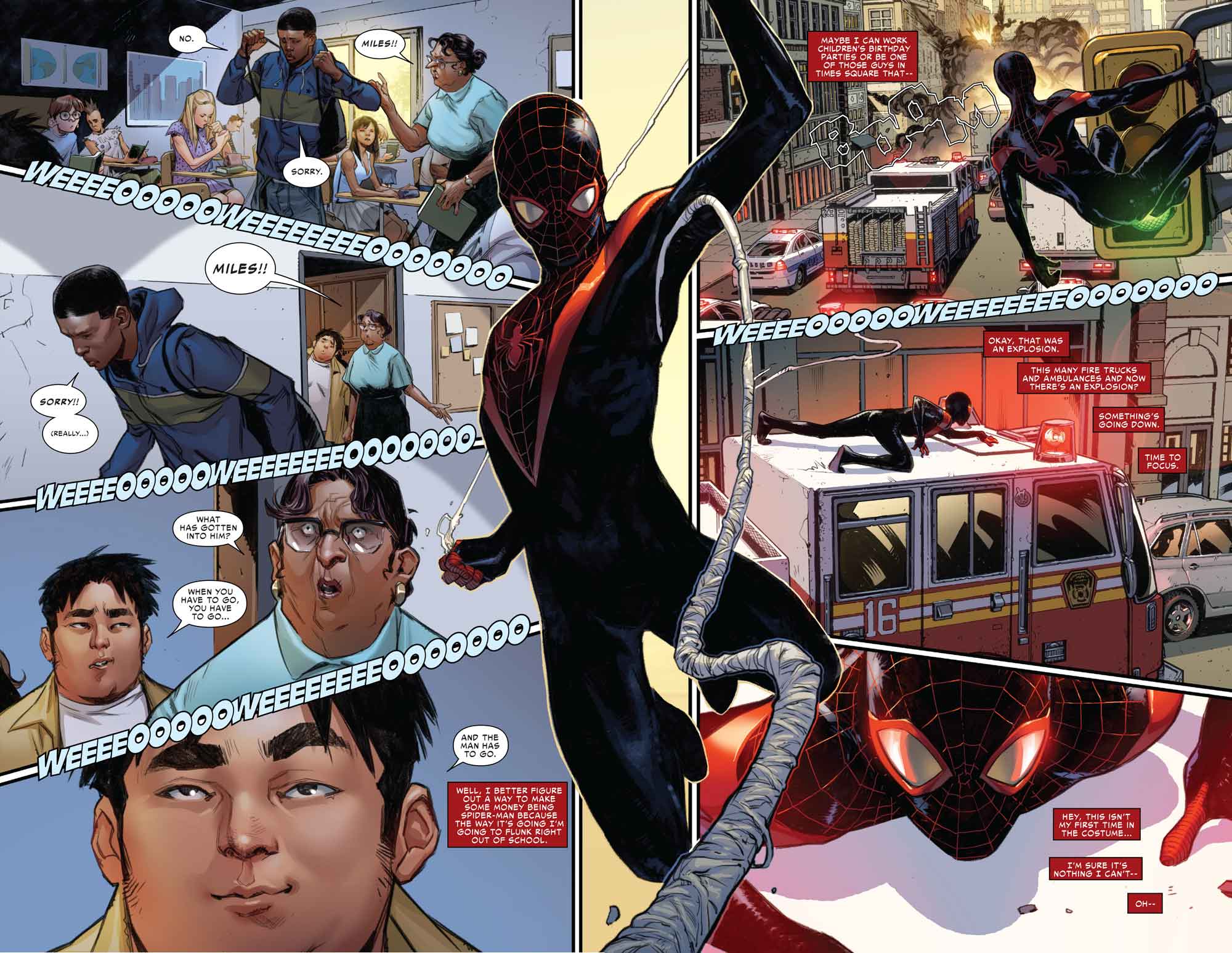