Agent Jennings continues to run afoul of his new boss, but is determined to find the Lanza children. However, his recent fight has severely weakened him. Will he be able to continue his search for the children? How does it fare?

[easyazon_link identifier=”B01BCI21P0″ locale=”US” tag=”bounintocomi-20″]Seduction of the Innocent #3[/easyazon_link] begins by providing a brief recap of the final action scene from the last issue. However, writer Ande Parks and artist Esteve Polls depict the action from the perspective of the Lanza children. It’s a good way of reminding readers what happened in the previous issue without resorting to a prose recap. Instead, they use the actual comic medium.

Ande Parks’ dialogue is once again top notch especially in its subtlety. You will need at least a second read through to catch onto just how good it is. For example, when Jennings and his boss are having a very blunt discussion his boss notes, “This badge is good for two things…and knowing it exists helps the average, poor dumb sonofabitch get to sleep at night.” This line foreshadows an entire sequence depicting Agent Jennings having a horror-filled nightmare. It shows that Jennings is not the average person, but also provides a critique on the chief. The badge doesn’t actually help one get to sleep at all. 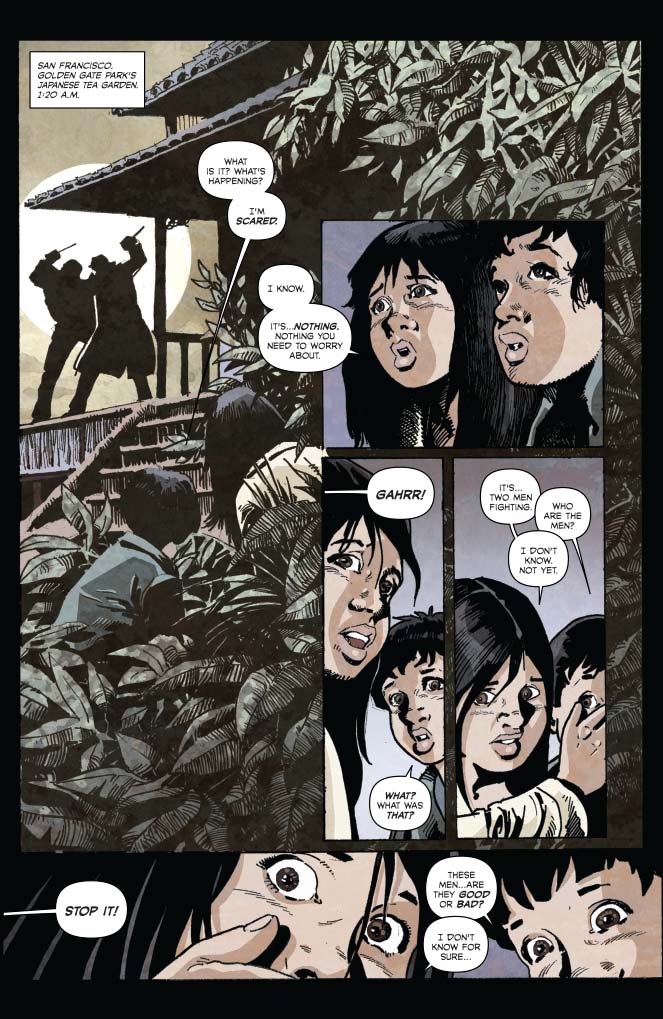 Parks does a fantastic job of showing the perils of this world even within the FBI apparatus. The interaction between Jennings and his chief is fantastic. I really love the wordplay used. It made the scene completely believable. It is top-notch dialogue.

Parks and Polls struggle about halfway through the issue. There are two scenes which really jump out and hamper the flow of the book, mainly because there are absolutely no transitions into these scenes. They just plop them in front of us with no reference. It can make it difficult to get your bearings and figure out what exactly you are seeing and reading.

The second instance is even worse than the first. It feels like a completely different story. Fortunately, by the end of the scene you figure out it was just a nightmare sequence, but when you are first reading it, you really have no clue what exactly is happening.

Parks and Polls also fail to build sufficient suspense towards the end of the issue. I’m going to put the blame on Polls for this one. He depicts Jennings exiting down a set of stairs in one panel with a shadowy bulk in the foreground. It is difficult to make out on a first read through what that bulk is, but on closer inspection it appears to be a coat. The lack of sufficiently detailing that an individual is following Jennings can really throw the final scene into confusion. 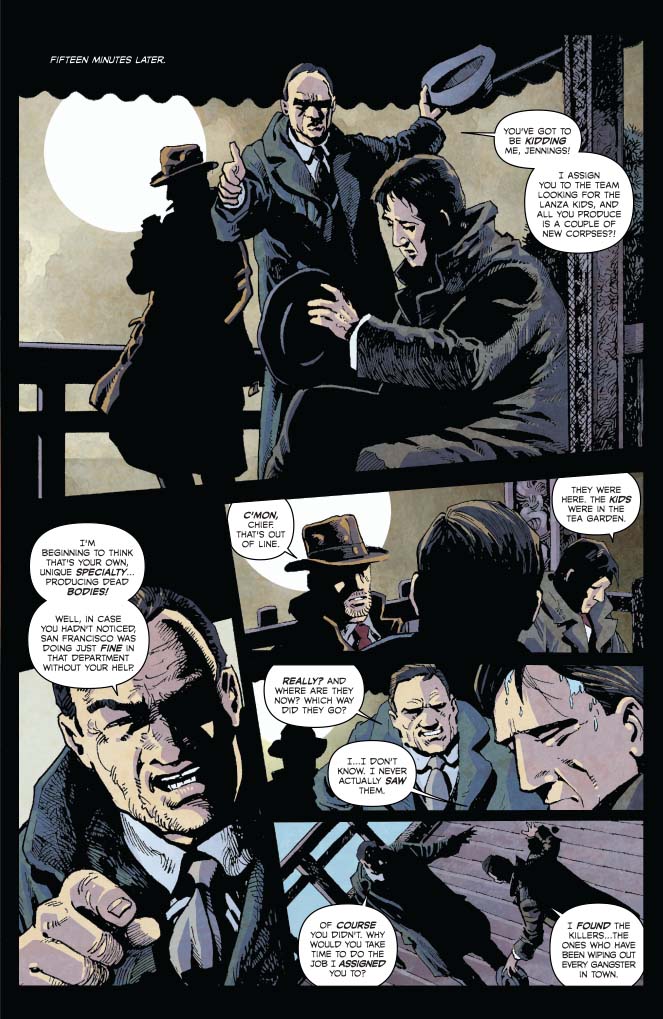 Overall, Polls’ artwork is rather solid. However, there are some minor nuances such as blood dripping on the outside of Jennings’ coat or, when Jennings makes a pointing gun sign with his fingers, his thumb looks almost as long as his index finger. Not to mention Cindy’s face is a little distorted and almost elongated in certain panels.

There are some fantastic scenes. The nightmare scene is dark and ghoulish. Polls’ use of shadows and the dark lightning clouds in the background capture Jennings’ troubled, haunted, and fearful mindset. The scene is made even more terrifying by the inclusion of such innocent objects such as a toy train set and ball. There is one fantastic scene where Polls really plays with shadows to transition from one panel to the next. He takes one character’s coat decked in shadow and transitions into a subsequent panel depicting a silhouetted profile shot of Jennings.

[easyazon_link identifier=”B01BCI21P0″ locale=”US” tag=”bounintocomi-20″]Seduction of the Innocent #3[/easyazon_link] is a solid noir entry. The dialogue is fantastic with some great foreshadowing; it keeps the tension high. The story flow was a little too choppy especially with the two scenes lacking any transitions. The artwork was for the most part solid with some really awesome creative panel connections, but it also had its faults with odd proportioned appendages. The cliffhanger and total mystery will have you coming back for more.