Dark Horse Deluxe will be offering an array of new items based on characters and stories from the hit Starz show Outlander. The collectibles are licensed through Sony Pictures Television in a deal brokered by Knockout Licensing.

Dark Horse senior product development manager Rebecca Dudeiros said, “With our new collectible line we hope to convey the lush and mysterious life that Claire is thrown into. We want to bring the consumer into the world of Outlander with items that make them feel like they are part of the story.”

The line showcases a stainless steel stein and the beautifully sculpted Crown and Thistle pin. It will also include a coaster set, magnetic bookmarks, a magnet four-pack, a Crown and Thistle journal, and an embroidered patch.

This first set of collectibles will be available this March at retailers everywhere.

Outlander tells the story of World War II army nurse Claire Randall who is transported to 1743 during her honeymoon. In order to survive in this era she marries Dashing Scots warrior Jamie Fraser who has his own complicated past as well as a disarming sense of humor. Claire finds herself caught between two vastly different men in two inharmonious lives. The Starz television series is based on the novels by Diana Gabaldon.

The second season of Outlander based on Dragonfly in Amber debuts on April 9, 2016. It is produced by Tall Ship Productions, Story Mining and Supply Company, and Left Bank Pictures in association with Sony Pictures Television. 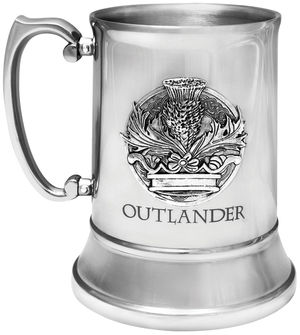 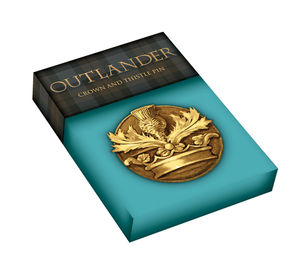 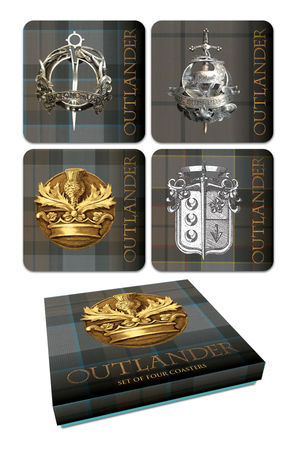 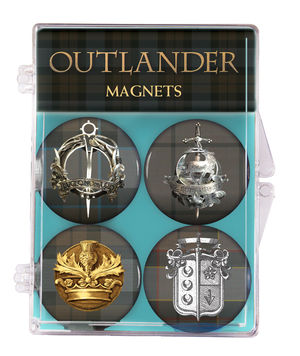 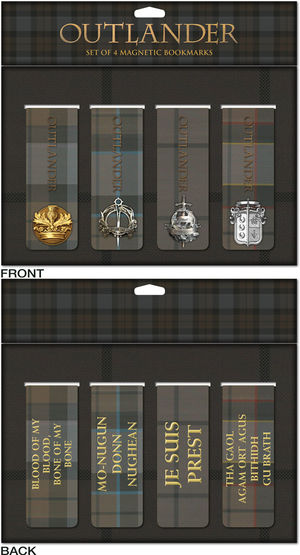 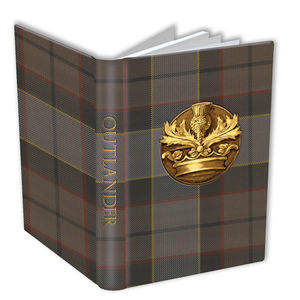 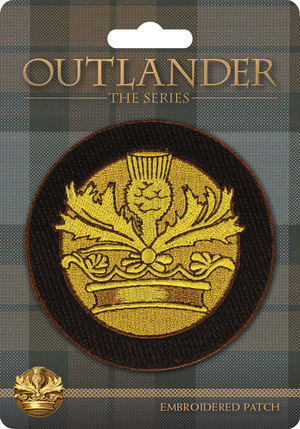