DC Comics May 2016 Solicitations have arrived and they are led by the new Hanna Barbera series Scooby Apocalypse and Future Quest. This month also sees a number of DC books hitting that #52 mark as DC gears up for Rebirth. What will you be looking to pick up in May from DC? 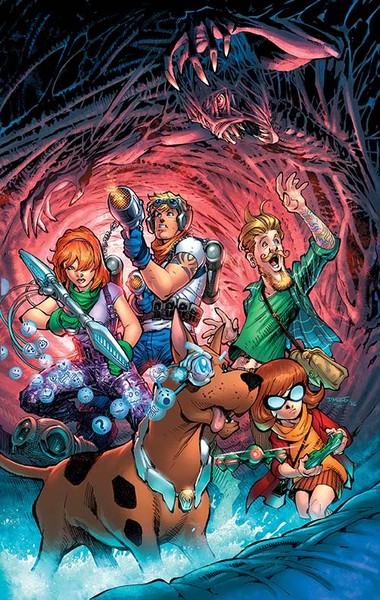 On sale MAY 25 • 32 pg, FC, $3.99 US • RATED T
Those meddling kids—Fred, Daphne, Velma, Shaggy, and their dog, Scooby-Doo—get more ghost-debunking than they bargained for when faced with a fundamental change in their world. The apocalypse has happened. Old rules about logic no longer apply. The creatures of the night are among us, and the crew of the Magical Mystery Machine has to fight to survive—because in the apocalyptic badlands of the near-future, the horrors are real!
This new monthly series takes Scooby and the gang to a whole new level and features character designs by comics superstar Jim Lee! 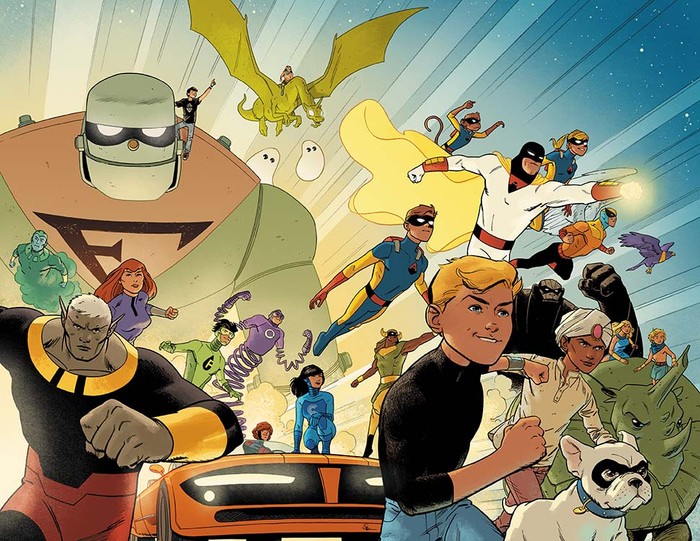 When the adventurous and inquisitive Jonny Quest and his adoptive brother Hadji make a startling discovery in the swamplands of Florida, they are pulled into an epic struggle between the Space Rangers and a dangerous villain who threatens the galaxy. Now it’s up to the combined forces of Team Quest, Inter-Nation Security, Space Ghost, and a host of Hanna-Barbera’s greatest action heroes to stop him and save their universe!
Don’t miss the start of this new, monthly series that features character designs by comics superstar Darwyn Cooke and kicks off with an extra-sized story and a wraparound cover! 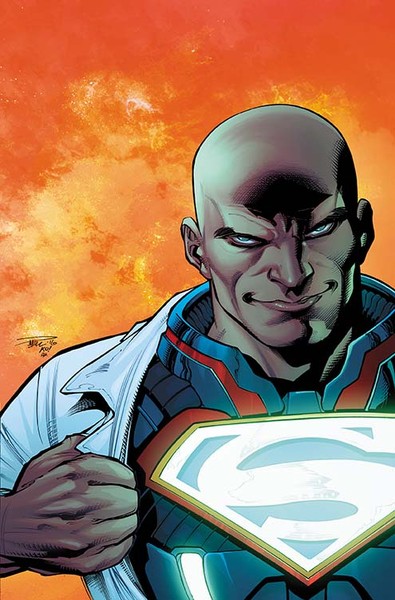 It’s a brave new world in the devastation that follows “DARKSEID WAR.” 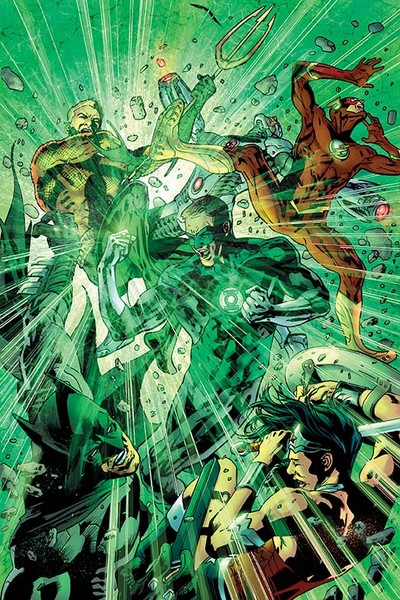 The conquest of Rao may be over, but the League must pick up the pieces of a rattled populace. It makes them vulnerable to another attack—this time from within their own ranks! 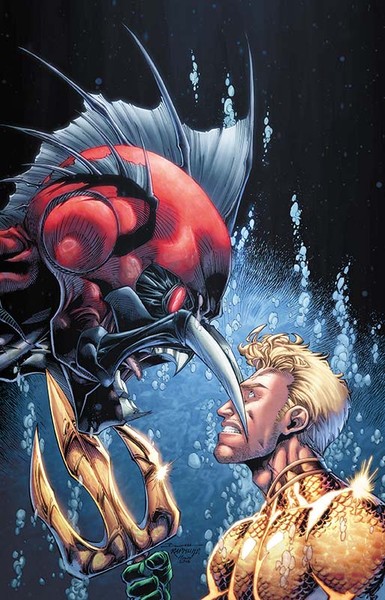 Aquaman faces his old enemy, Scavenger, who now has seriously upgraded armored tech! And if that wasn’t bad enough, there’s a third party in the fight…the ravening and vengeful Dead Water! Caught in the middle of this brutal free-for-all, Aquaman’s world is about to be rocked! 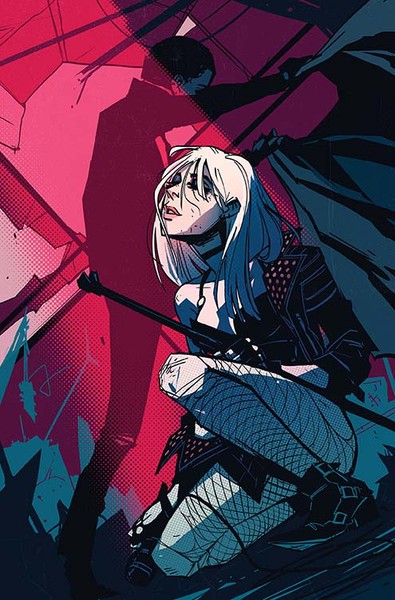 Black Canary’s European tour comes to an end as Dinah and her crew bring the fight to the sinister cult that’s taken control of her mother’s legacy! But there’s one more secret about her past that Dinah has yet to learn… 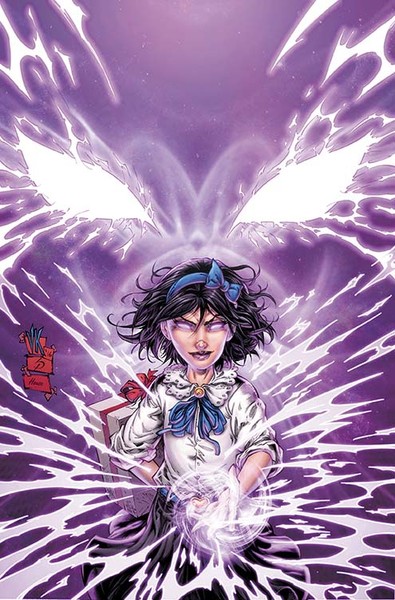 BLOODLINES continues! Eddie and the rest of the town struggle to cope with the tragic loss of one of their own, but something else is plaguing Eddie. What exactly happened to him in the forest—and what does it mean? He’s not the only one dealing with the fallout from the bizarre alien infestation, either. Others are starting to discover some strange and haunting abilities that seem more like curses. And there’s one who’s all too eager to embrace these newfound powers, with horrific results. 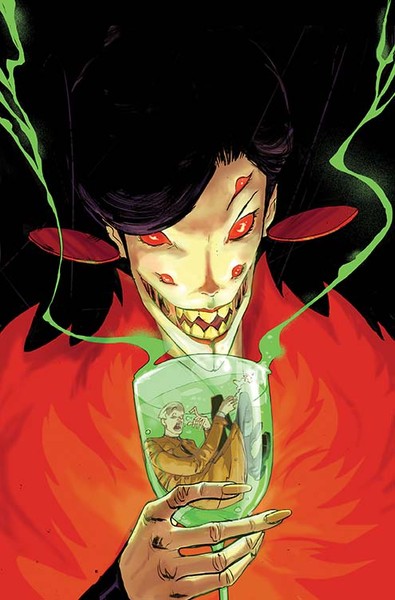 Lord Neron has joined forces with John Constantine’s own infernal ex, the demon Blythe, to make New York City an offer it can’t refuse: the magic the Hellblazer has sought his whole life in exchange for the city’s immortal soul. How can John defeat not one but two devils when even he can’t deny their dark allure? 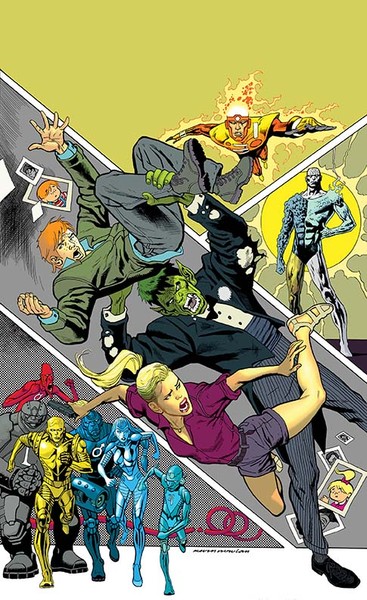 The legends continue with four acclaimed teams bringing you all-new thrills and adventure!

Metamorpho and Sapphire have been transported to another planet, one torn apart by war over the orb that gave Metamorpho his powers! Meanwhile, the alien criminal Kanjar Ro isn’t too far behind, planning to steal the orb by any means necessary.

Ronnie and Stein are back together as Firestorm! But as they struggle to work together again, Major Force shows up with nothing but punches and fists to the face—don’t miss this all-out action fight issue!

When an ex from Wonder Woman’s past threatens to expose their relationship on daytime television, Sugar & Spike are on the case! Will our heroes uncover the secret and horrible agenda that guides this menace’s hand before it’s too late?

The Metal Men face off against a threat who might make them lose their breath and their chance for escape! Meanwhile, General Scaletti begins her own plan to capture the Metal Men! 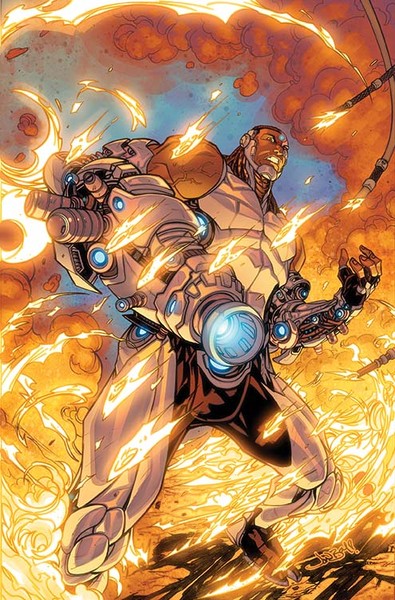 The epic conclusion of the “Cybernetic Registration” epic is here! The Cyforce’s true masterminds are finally revealed! How will Cyborg ever regain the trust of our citizens, the government or the JLA again?

Written by MARV WOLFMAN
Art by FELIPE WATANABE and ALBERT OCLAIR
Cover by JONBOY MEYERS
On sale MAY 25 • 32 pg, FC, $2.99 US • RATED T