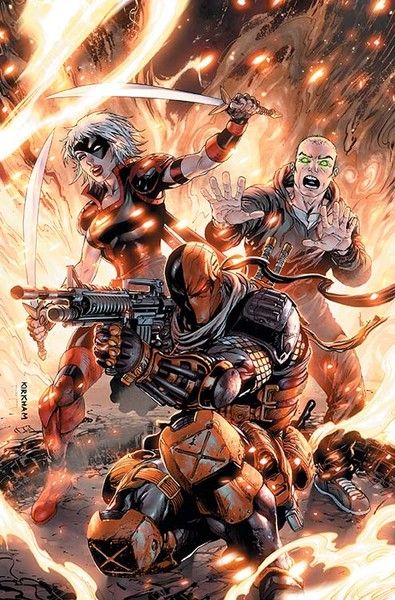 After a bitter betrayal by a trusted comrade, Slade Wilson finds reluctant allies in his estranged children, Rose and Jericho. But as an all out battle looms, he must also join forces with the one and only Ra’s al Ghul…who may have his own hidden agenda. Could this uneasy family reunion spell doom for Deathstroke? 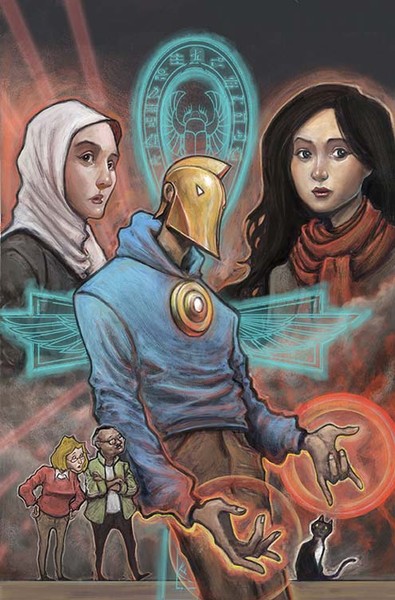 The victorious Khalid returns to Brooklyn determined to get on with his life, but that’s easier said than done when you’re a novice superhero juggling romance, homework, and the untold powers of Doctor Fate. Fortunately, help comes in the form of a man who might know something about it: Uncle Kent Nelson. 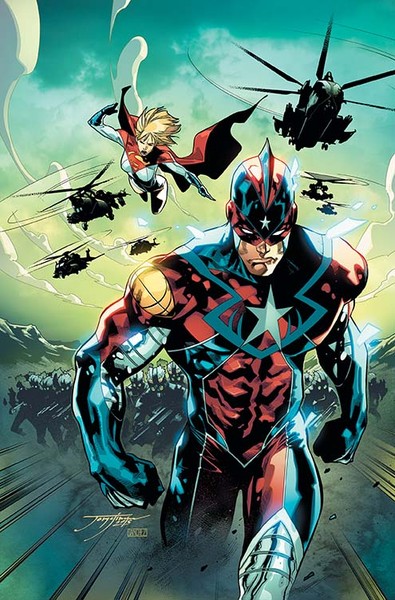 What role do superheroes play on a new world where society has to rebuild itself from the ground up? Two cities are about to go to war over limited resources and this new Earth-2 is beginning to look as familiar as the old one. Can Captain Steel and Power Girl stop the fighting before it starts? 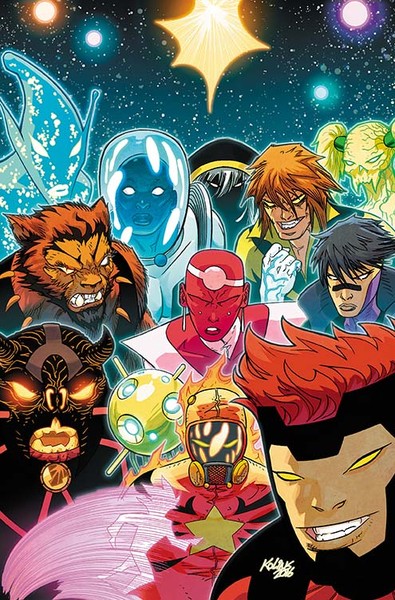 The end of the future may be in sight! Eclipso and the Legion of Death have the Justice League cornered—now, who will live…and who will die? 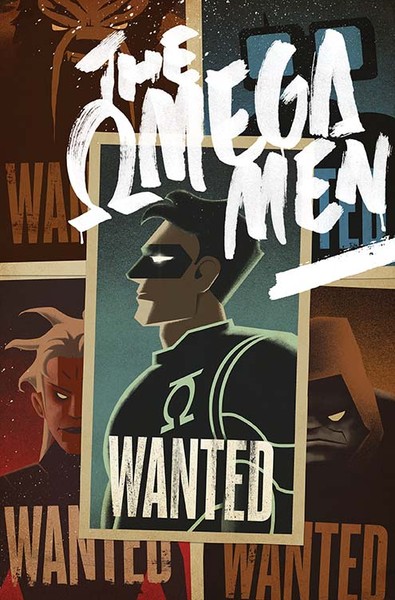 On sale MAY 25 • 32 pg, FC, $2.99 US • RATED T+
Beset on all sides by his former slaves and imperial rivals from across the galaxy, the Viceroy of the Citadel makes a last, desperate stand against Kyle Rayner and the Omega Men! 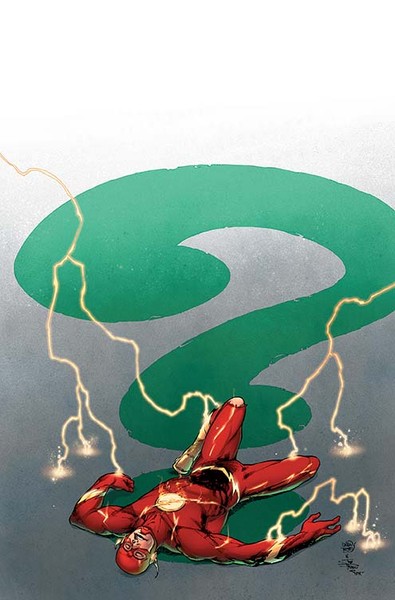 The Riddler has seized control of Central City. If The Flash moves, he’ll put everyone he loves in mortal danger. To save the city—and himself—he’ll need help from the unlikeliest of allies. 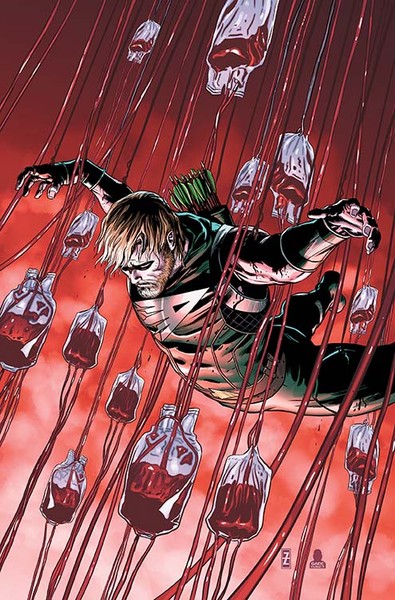 Green Arrow is dead. Deathstroke has won, and now he’s returning to the states to deliver Dr. Miracle to the man known as Blood Bag. And in Seattle, the war between the Berserkers and the Patriots has led to the Wargs being rounded up and sent to internment camps—which sparks an uprising among the Wargs! 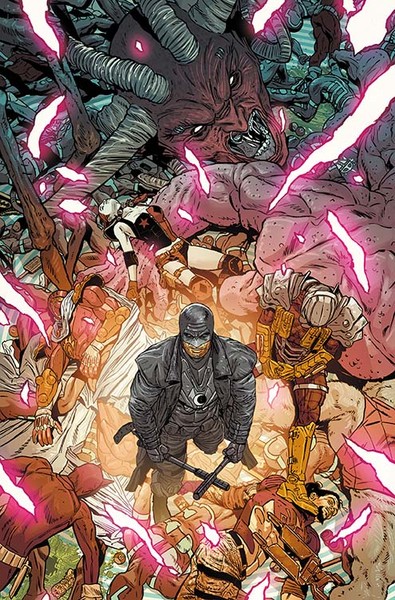 Midnighter, Apollo and the Suicide Squad square off against The Unified—one of Henry Bendix’s most dangerous creations! Is their combined strength enough to stop a being as powerful as Superman and as intelligent as Midnighter? 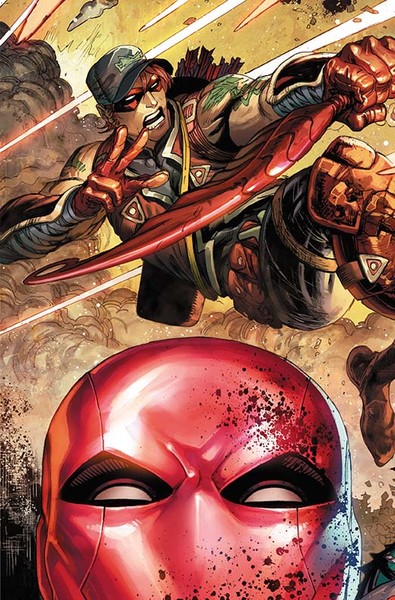 Arsenal confronts his greatest mistake: the mercenaries known as the Iron Rule! Good thing Red Hood is there to help him—but will Jason’s methods tear down the partnership they’ve been trying so hard to build? Plus, Joker’s Daughter faces her greatest challenge yet: high school! 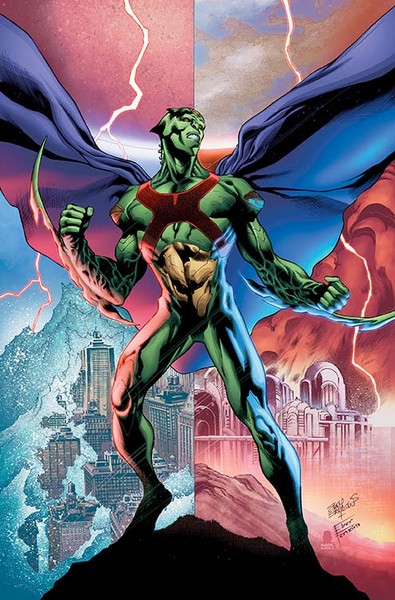 With the Living Mars and Earth only minutes away from an apocalyptic collision, the epic story of J’onn J’onzz takes a shocking turn that will change the course of the Manhunter’s life forever.