Ta-Nehisi Coates and Brian Stelfreeze have unveiled the first images for their upcoming Black Panther series over at The Atlantic.

Along with actual pages and panels from the upcoming book, Coates also shared concept drawings from Brian Stelfreeze. He also discussed how he first approached the series:

The absurdities of comics are, in part, made possible by a cold-eyed approach to sentence-craft. Even when the language tips toward bombast, space is at a premium; every word has to count. This big/small approach to literature, the absurd and surreal married to the concrete and tangible, has undergirded much of my approach to writing. 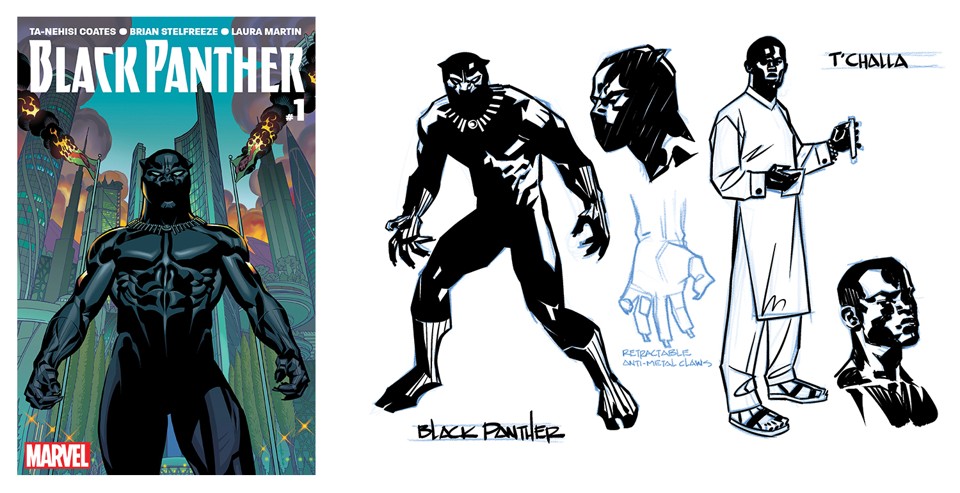 However, he discovered when he actually decided to set pen to paper he found it was a very different experience altogether:

But when all the fantasy and reverie faded, and the time to actually write Black Panther came, those principles turned out to be not as primary as I’d thought. An old saw in art and in journalism holds that one should show and not tell. In comic books, the notion is doubly true. Unlike in prose or even poetry, the writer has to constantly think visually. Exposition and backstory exist, but the exigencies of comic-book storytelling demand that they be folded into the action. 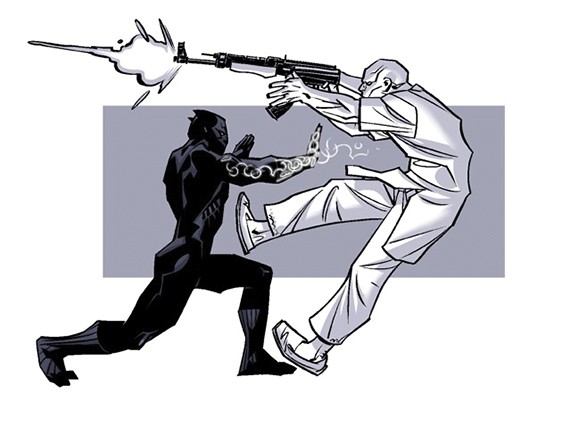 He went on to describe his experience scripting Black Panther:

I decide the overall arc of the story, and the words used to convey that arc—but Brian ultimately decides how the story should look. The script for the second page of Black Panther #1 called for a big, splashy panel depicting a massacre. Brian drew that panel, but he also drew two other, overlapping panels that depicted T’Challa’s realization of the tragedy unfolding around him. Our partnership doesn’t end with the art, either. Brian’s concept drawings for Black Panther ultimately influenced the plot. 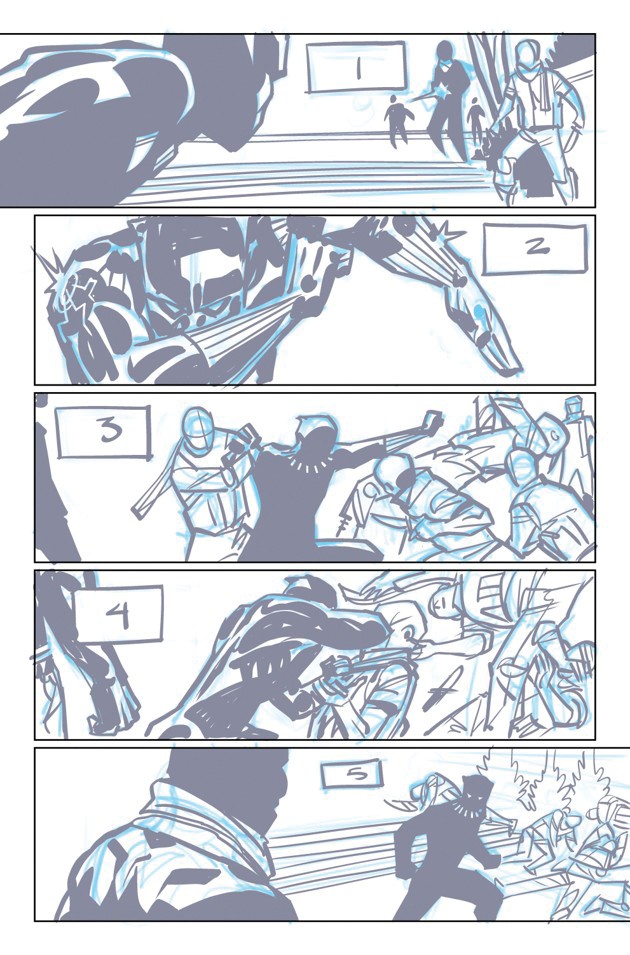 Finally, Coates compared his journalism to his comic book scripting:

In both forms, I am trying to answer a question. In my work for The Atlantic I have, for some time, been asking a particular question: Can a society part with, and triumph over, the very plunder that made it possible? In Black Panther there is a simpler question: Can a good man be a king, and would an advanced society tolerate a monarch? Research is crucial in both cases. The Black Panther I offer pulls from the archives of Marvel and the character’s own long history. But it also pulls from the very real history of society—from the pre-colonial era of Africa, the peasant rebellions that wracked Europe toward the end of the Middle Ages, the American Civil War, the Arab Spring, and the rise of Isis. 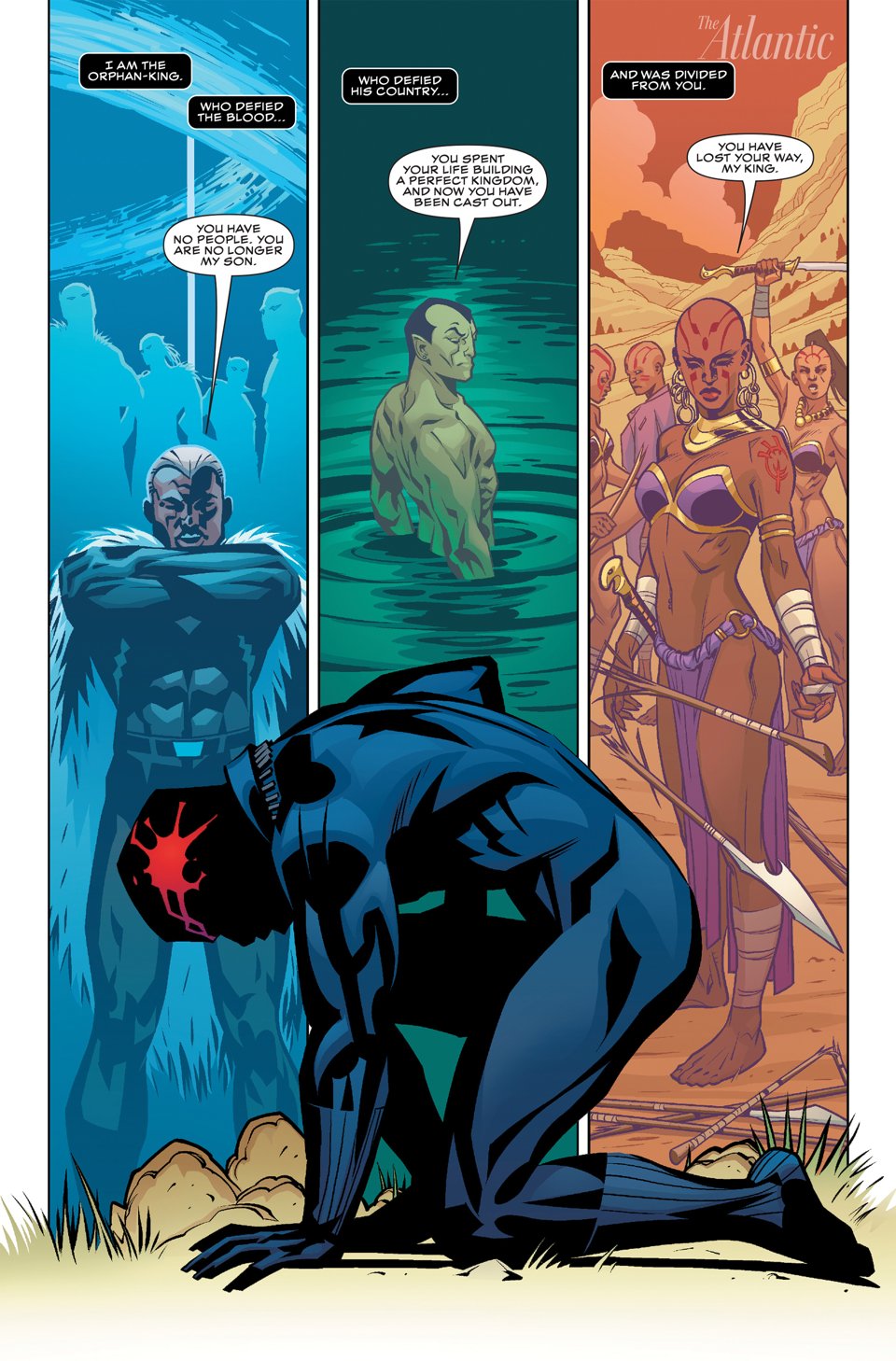 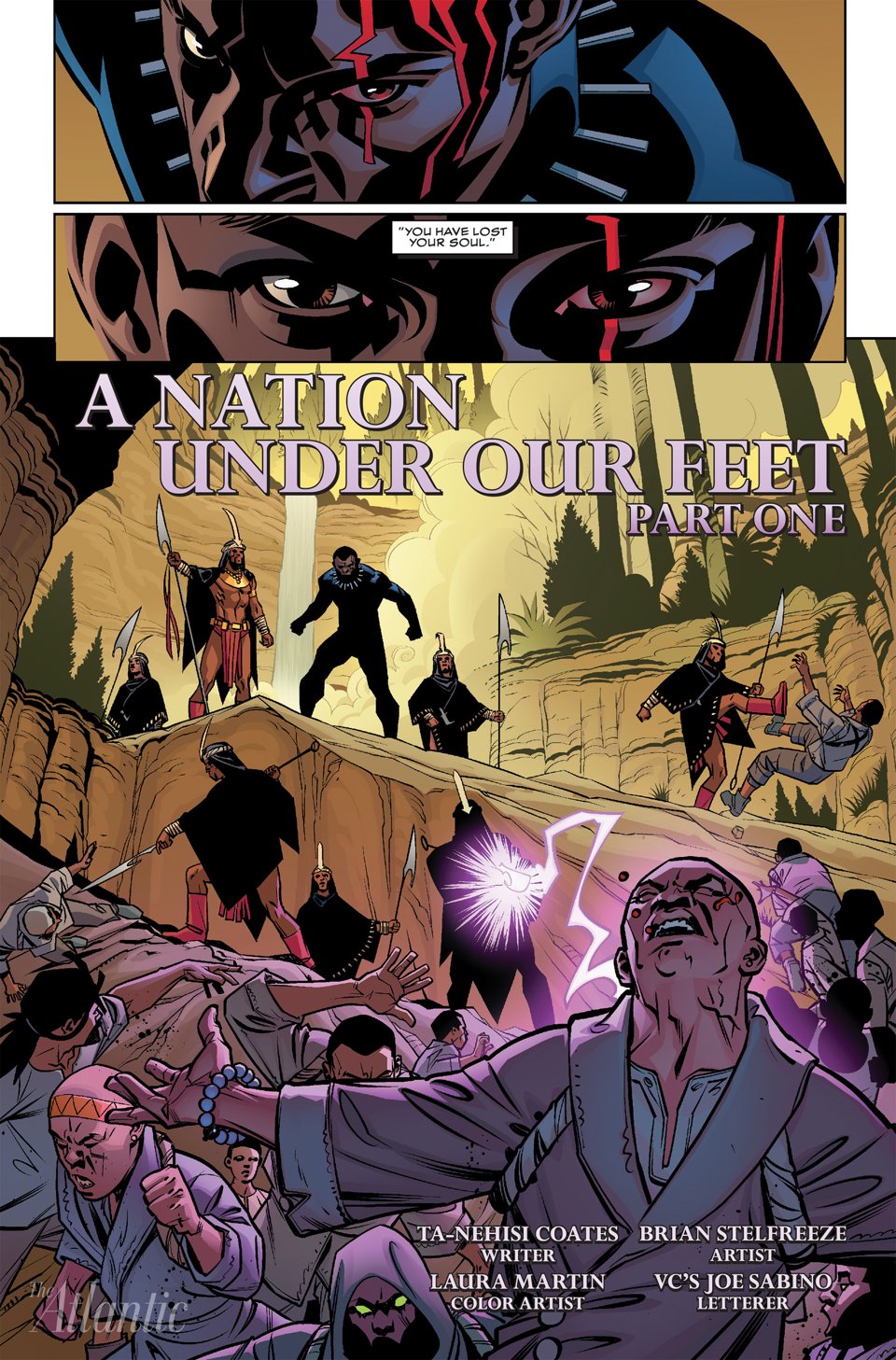 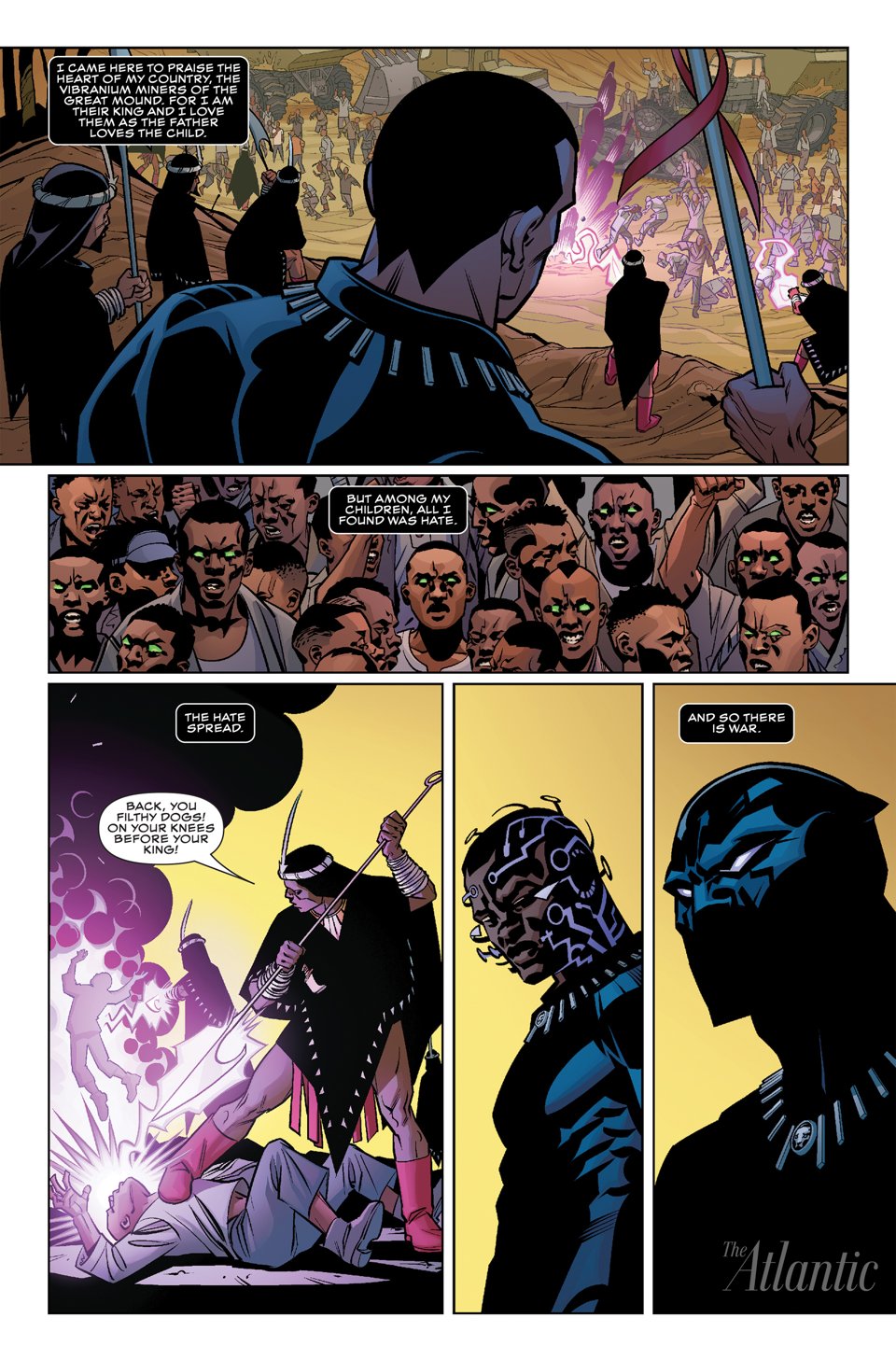 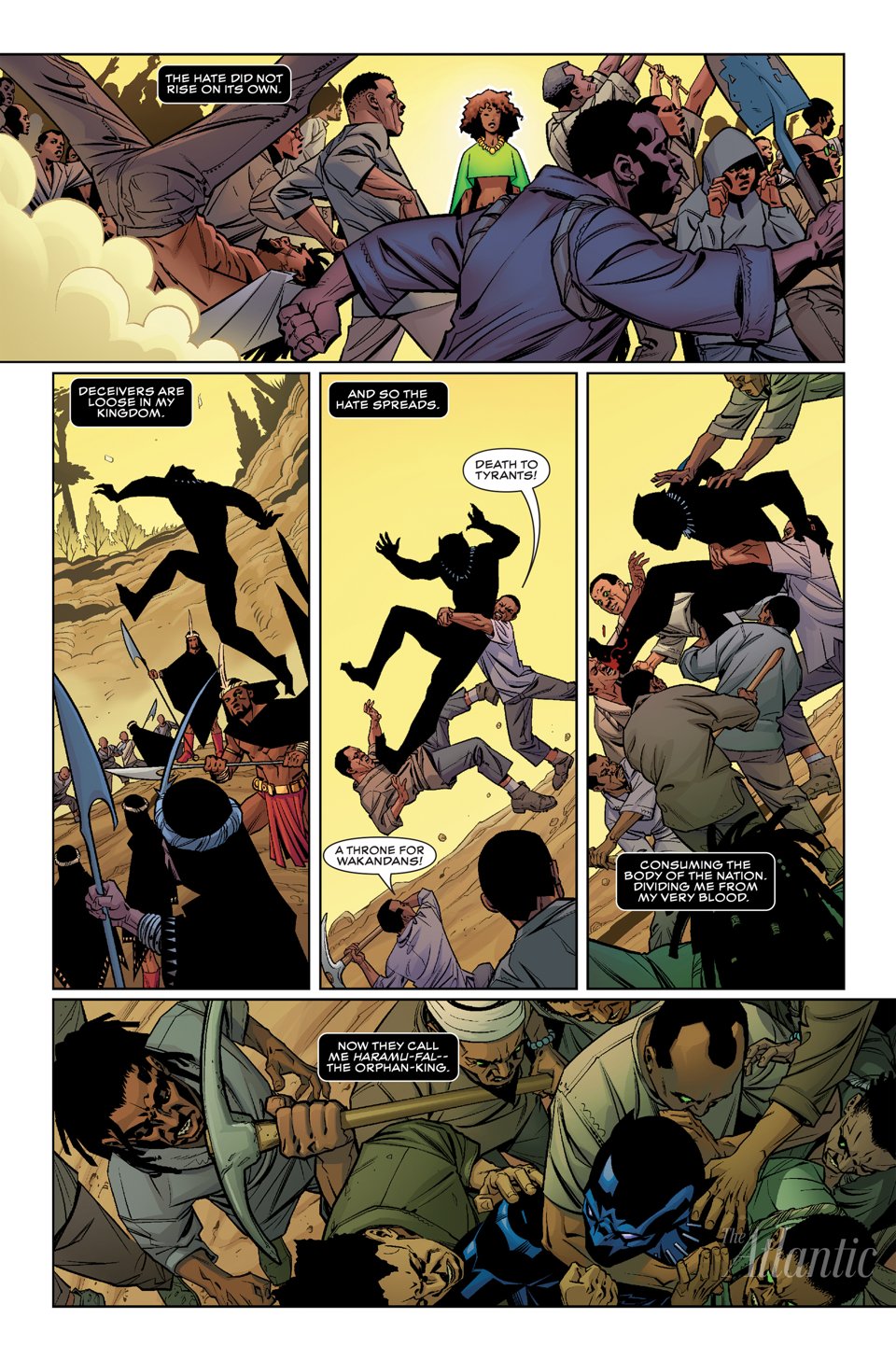 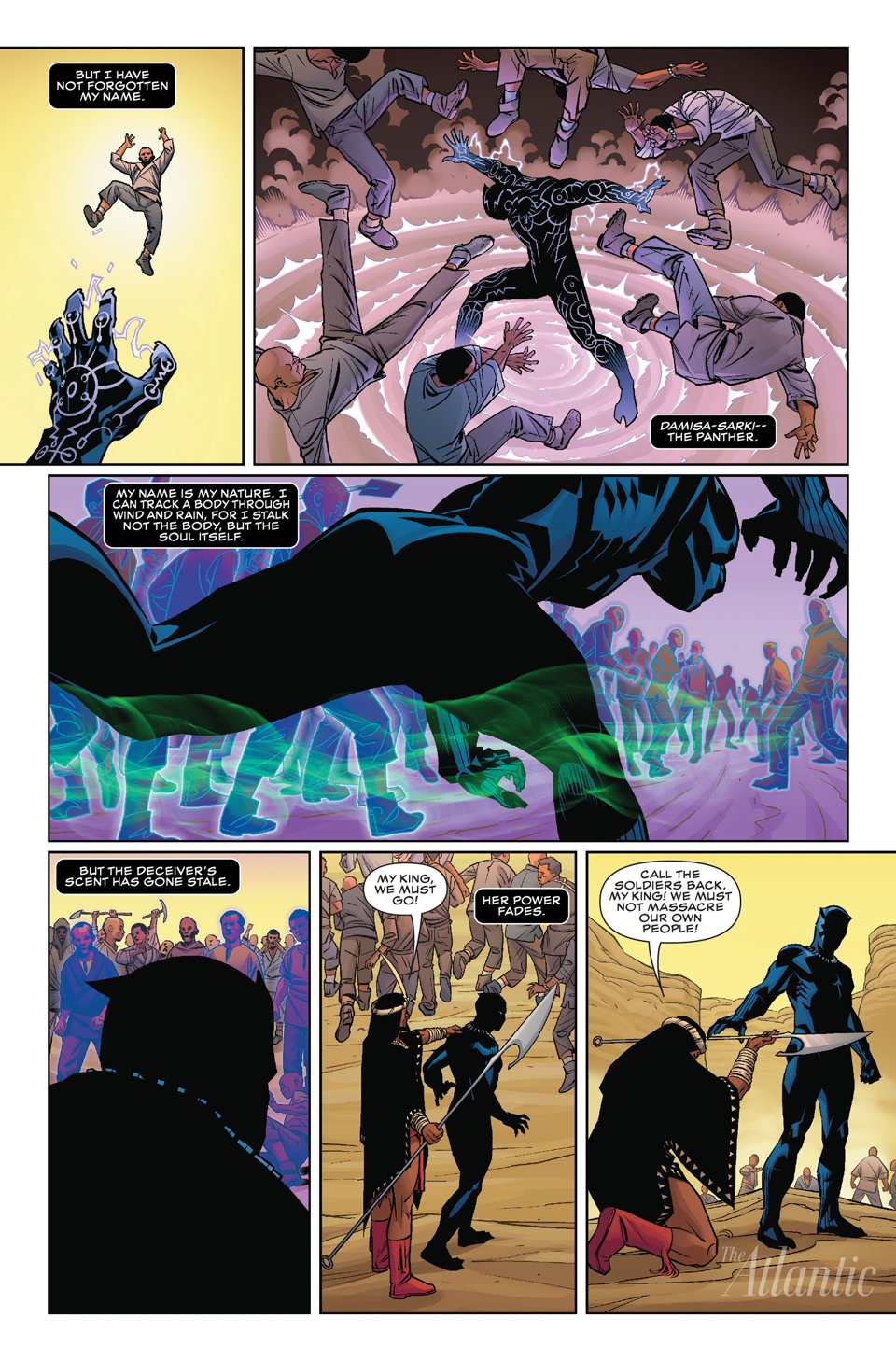 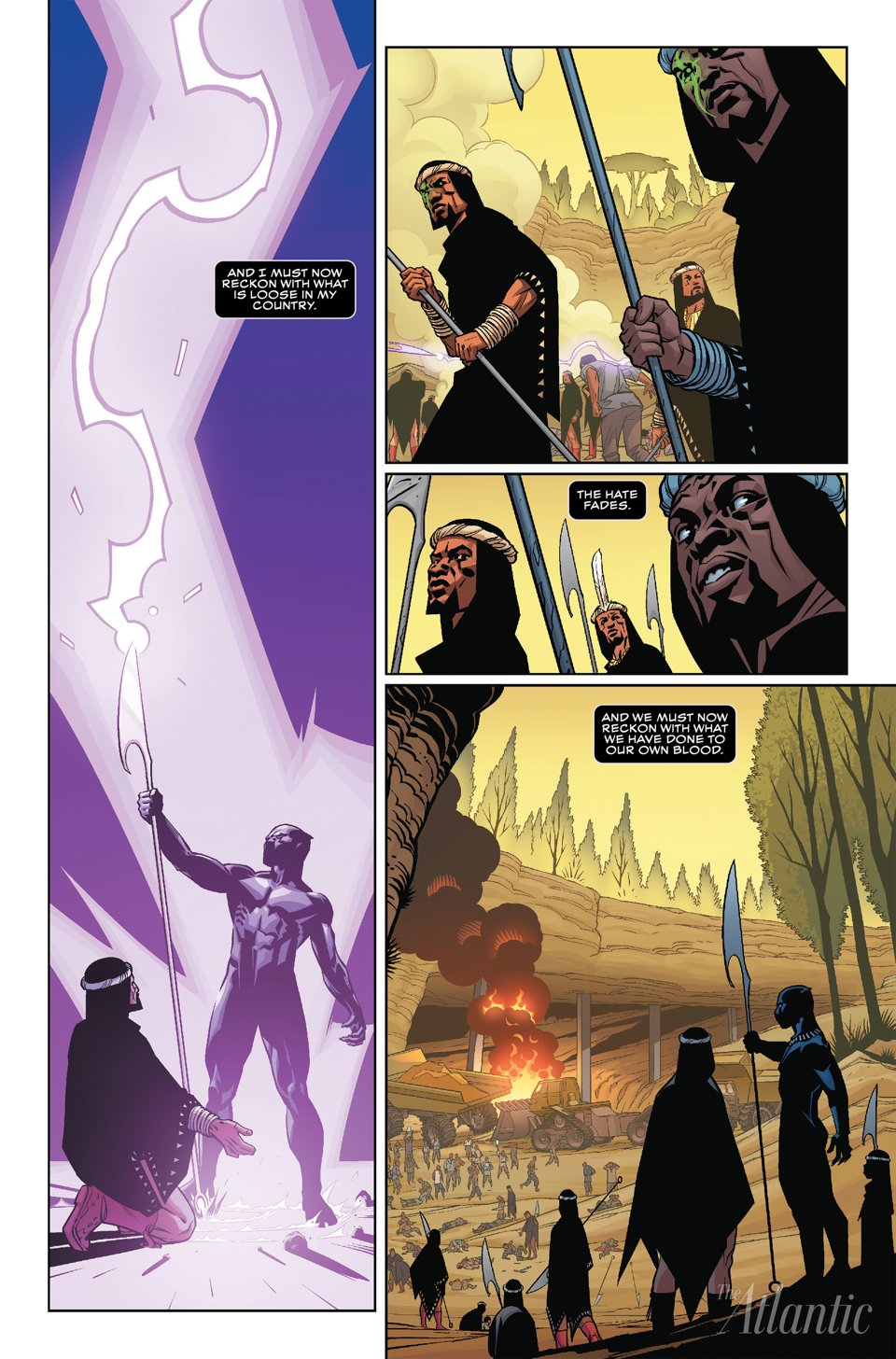