Back in the 1980s there was an animation explosion and few cartoons were bigger than the tech-heavy Japanese imports that led to timeless classics like Voltron. The same team that worked on Voltron also made a few seasons of the gloriously cheesy Saber Rider and the Star Sheriffs. It was a sci-fi/western genre mashup with its own giant transforming robot voiced by none other than Peter Cullen. You might know him as Optimus Prime!

Lion Forge Comics is rebooting Saber Rider and the Star Sheriffs next week in comic book form. The new limited series stays true to the adventure, intrigue, and mecha awesomeness of the original while starting completely fresh for new fans.

The story takes place with humanity settling the outer reaches of the galaxy in a new frontier. Pioneers are kept safe by the Star Sheriffs, an elite law enforcement agency led by chief weapons designer April Eagle. Top-gun Saber Rider performs his duty to stop a train robbery while also finding an ally in the bounty hunter Colt. He also finds a clue to the whereabouts of a notorious traitor who might be helping the enemy Outriders. 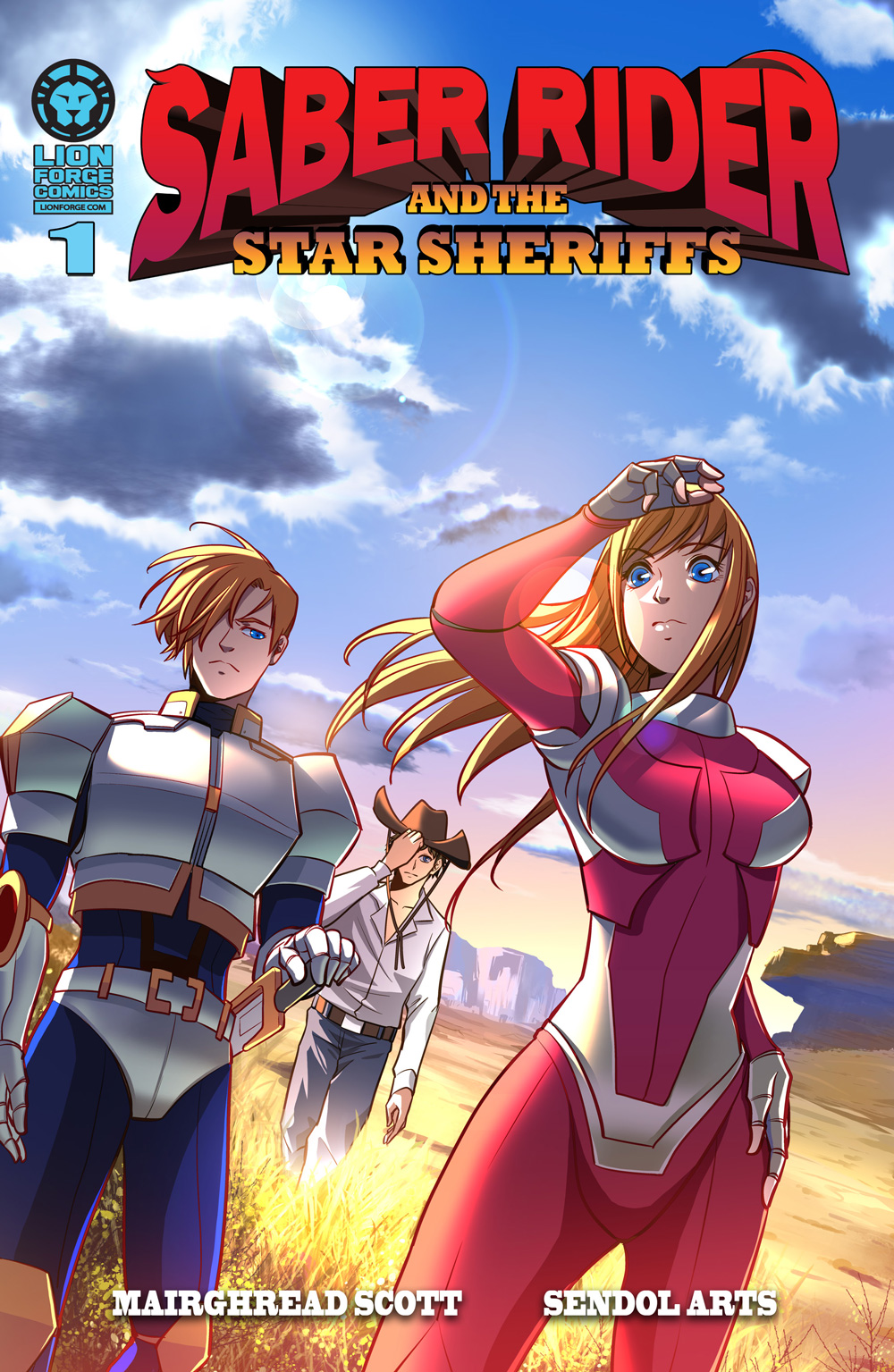 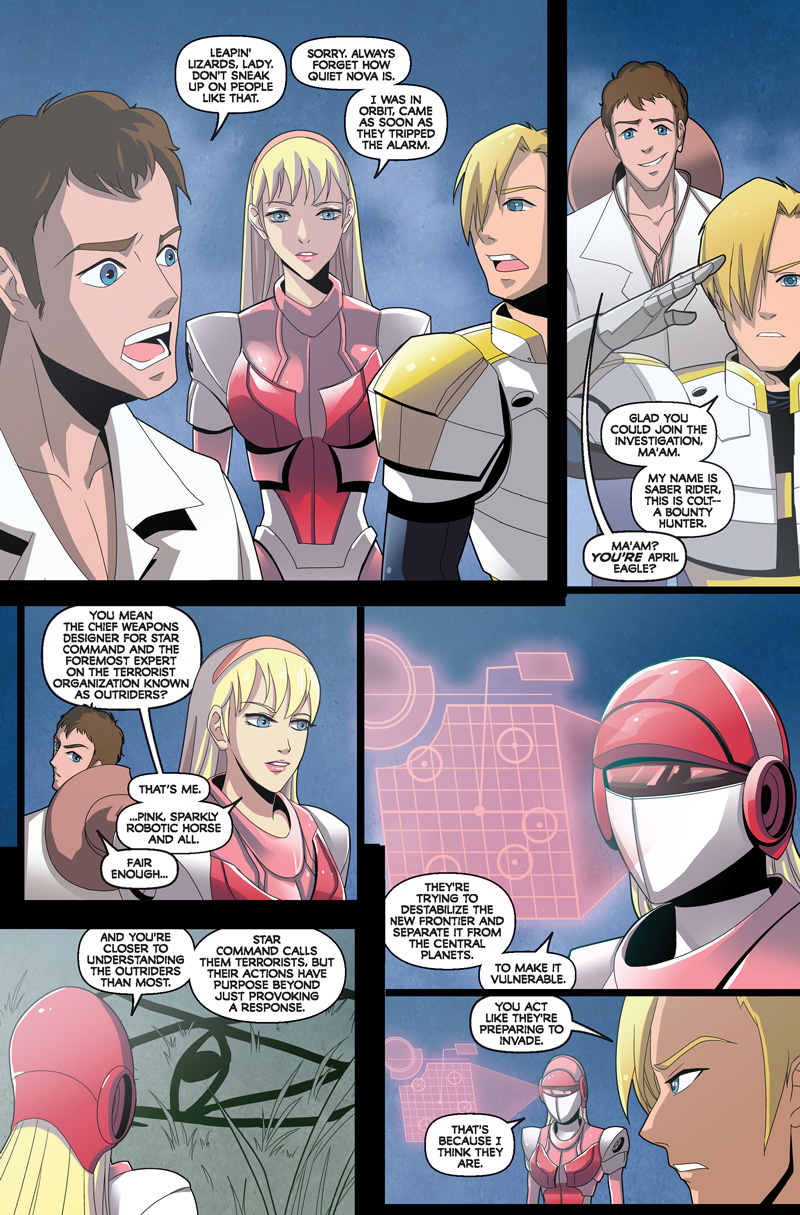 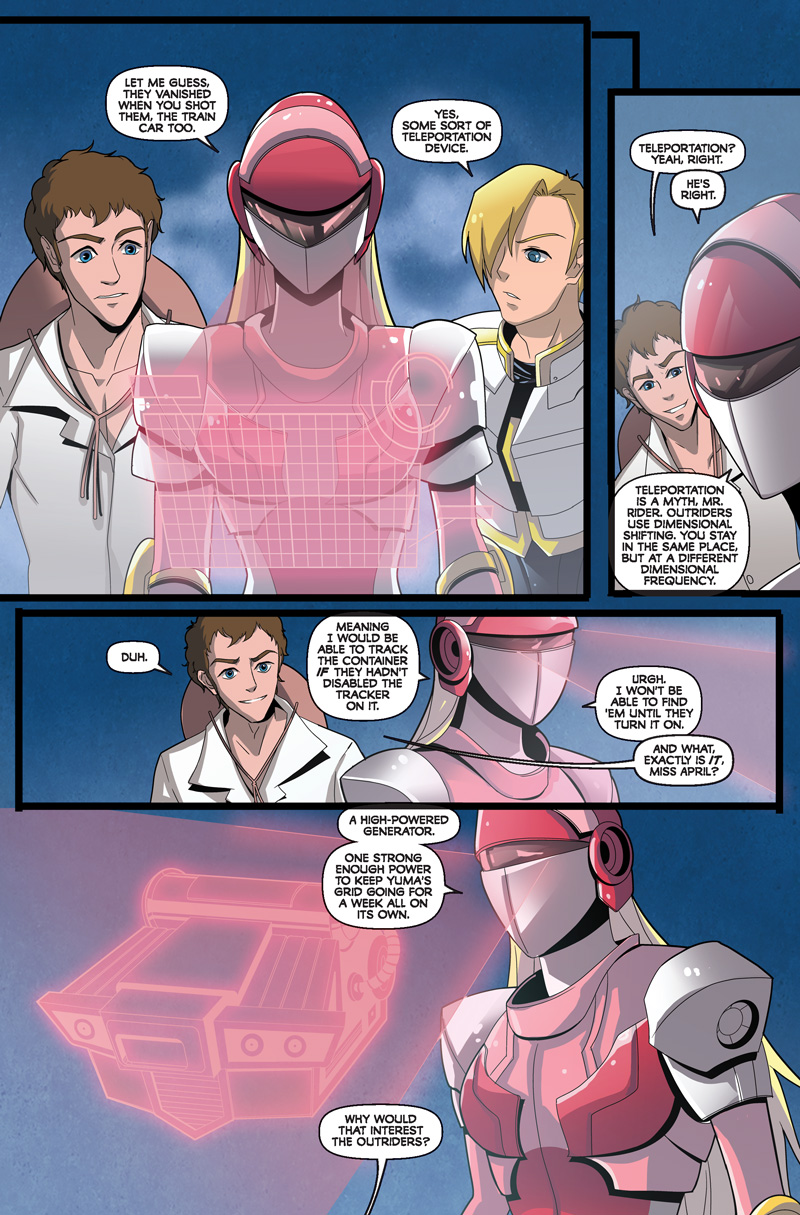 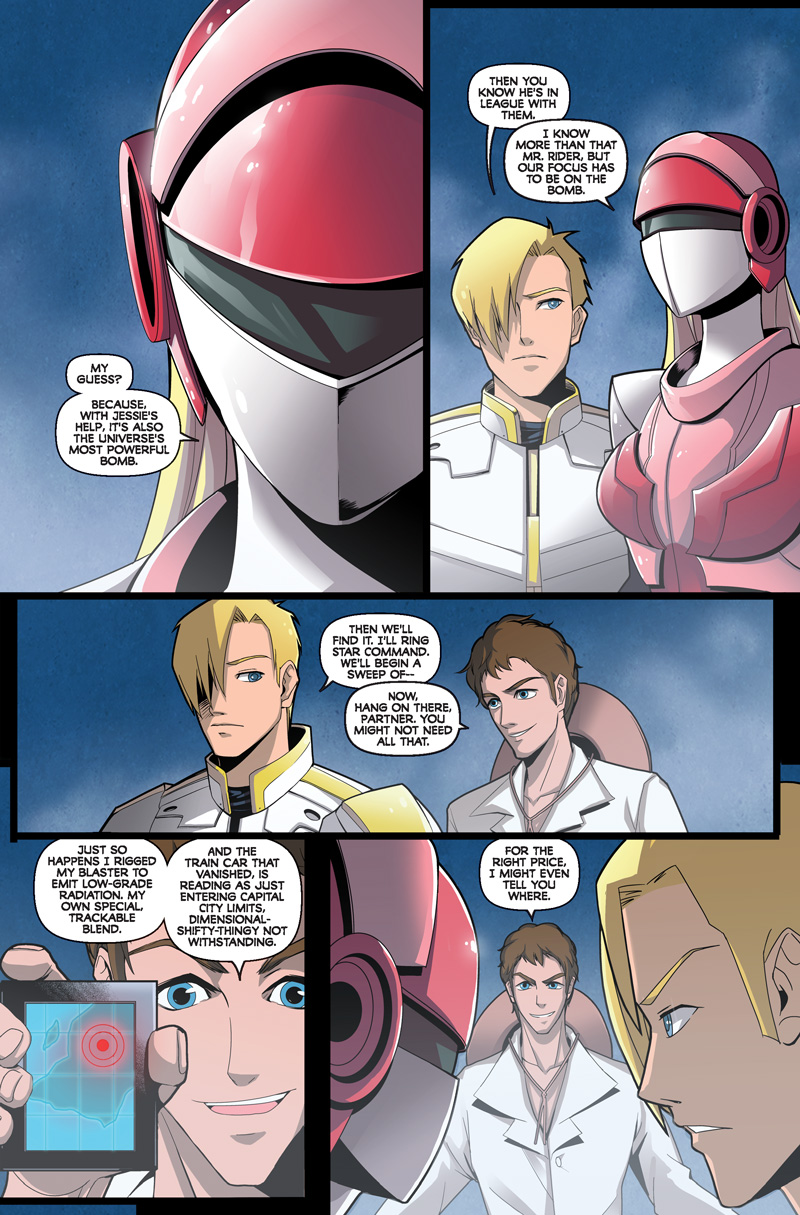 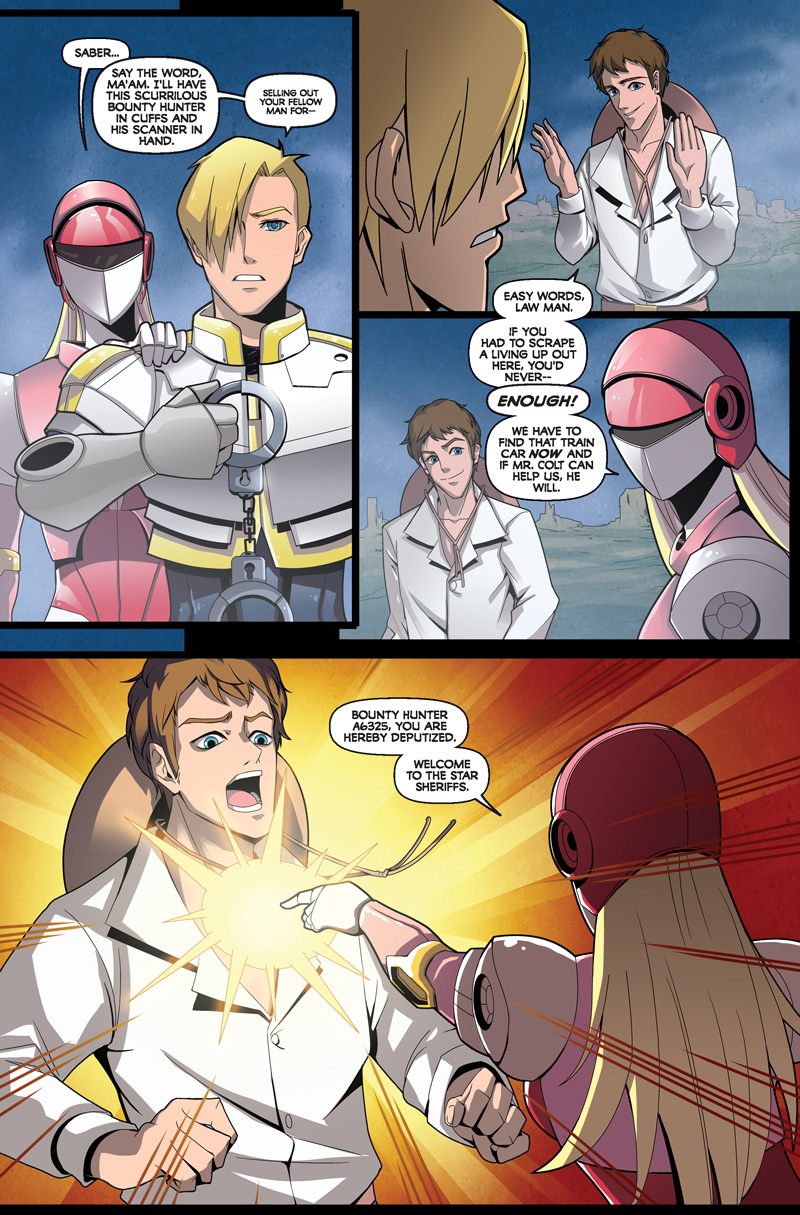 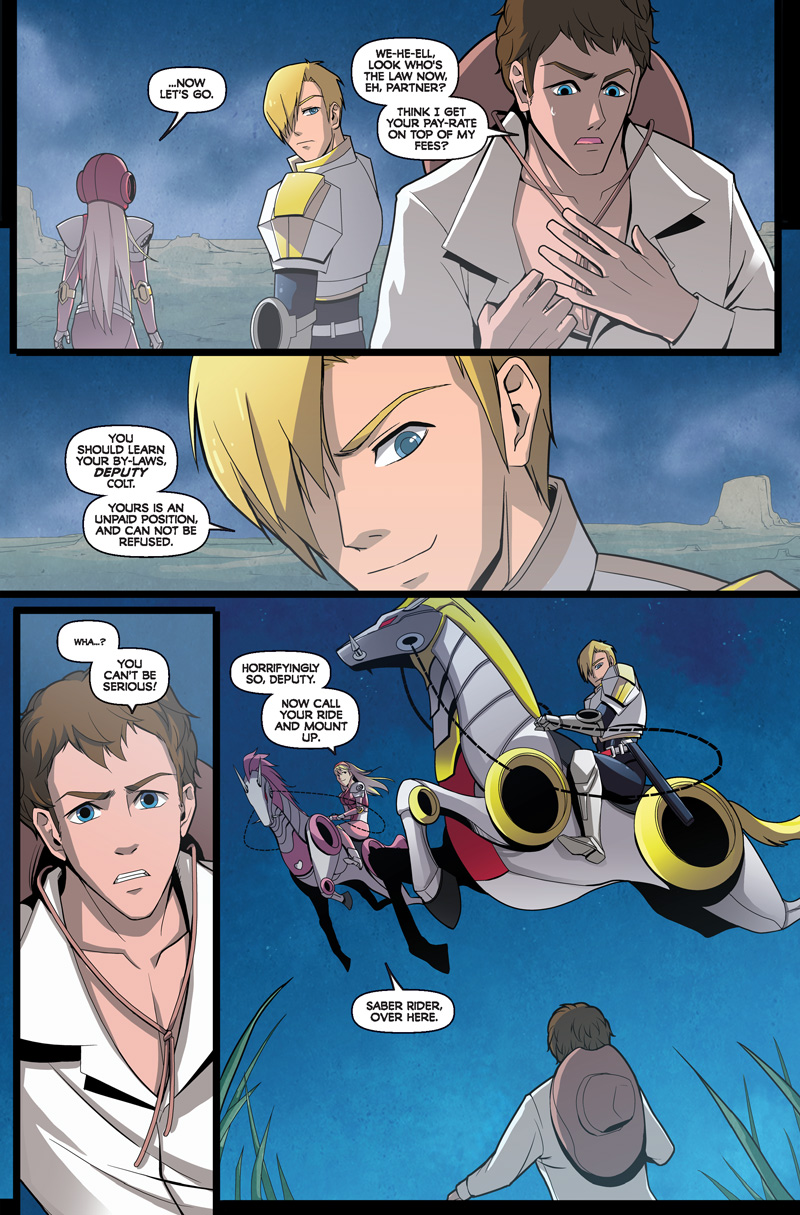 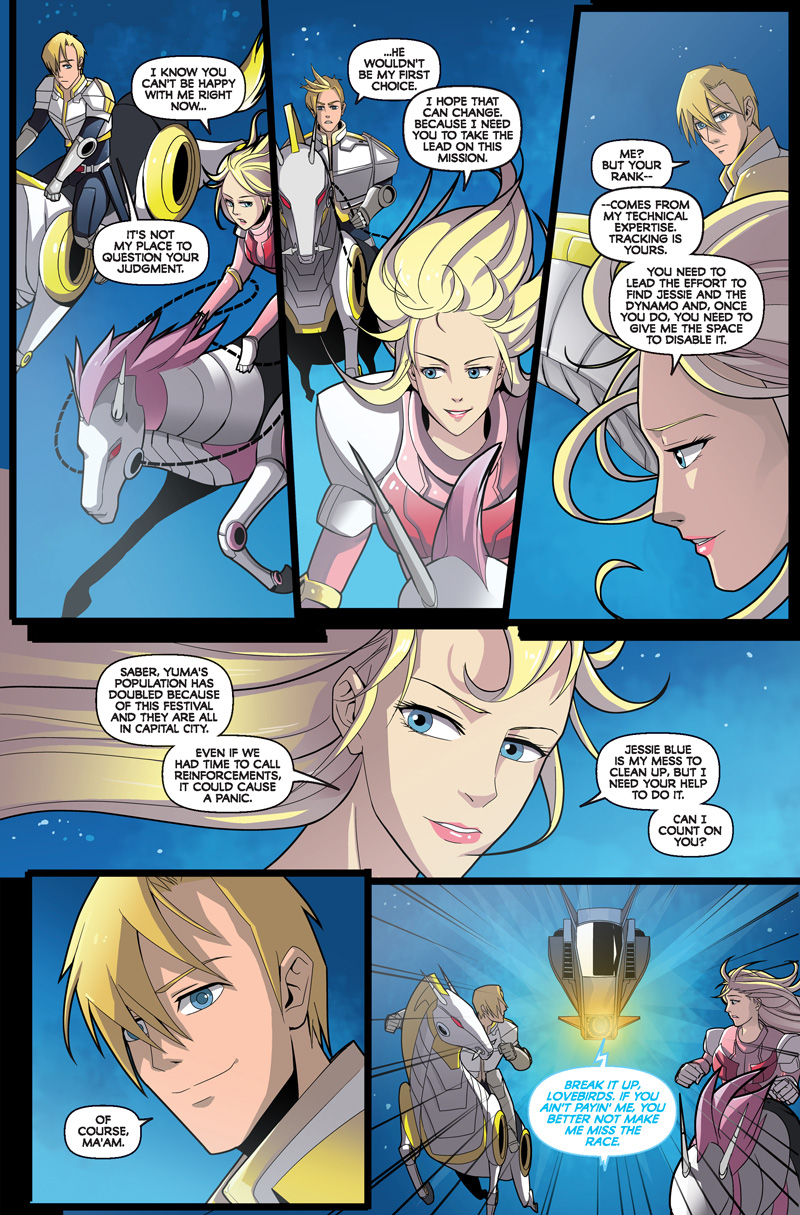