Valiant has teamed up with Swyft Media to produce the Archer & Armstrong digital emoji sticker pack that will debut on the Valiant Heroes Emoji App on April 1st for both the iOS App and Google Play stores. (This does not appear to be an April Fool’s hoax.)

“Archer & Armstrong are two of the most beloved characters anywhere in the Valiant library and with good reason,” said Russell A. Brown, Valiant’s President of Licensing, Promotions & Ad Sales. “Their heart, heroism and humor have earned them dedicated fans all over the world, and Swyft Media has perfectly captured each of those qualities with the emoji art of this digital sticker pack. No reader will want to miss this hilarious way to communicate with fans old and new.”

The Archer & Armstrong digital emoji sticker pack will be a free, limited-time addition to Valiant’s emoji application. However, the app itself costs $1.99 to download. 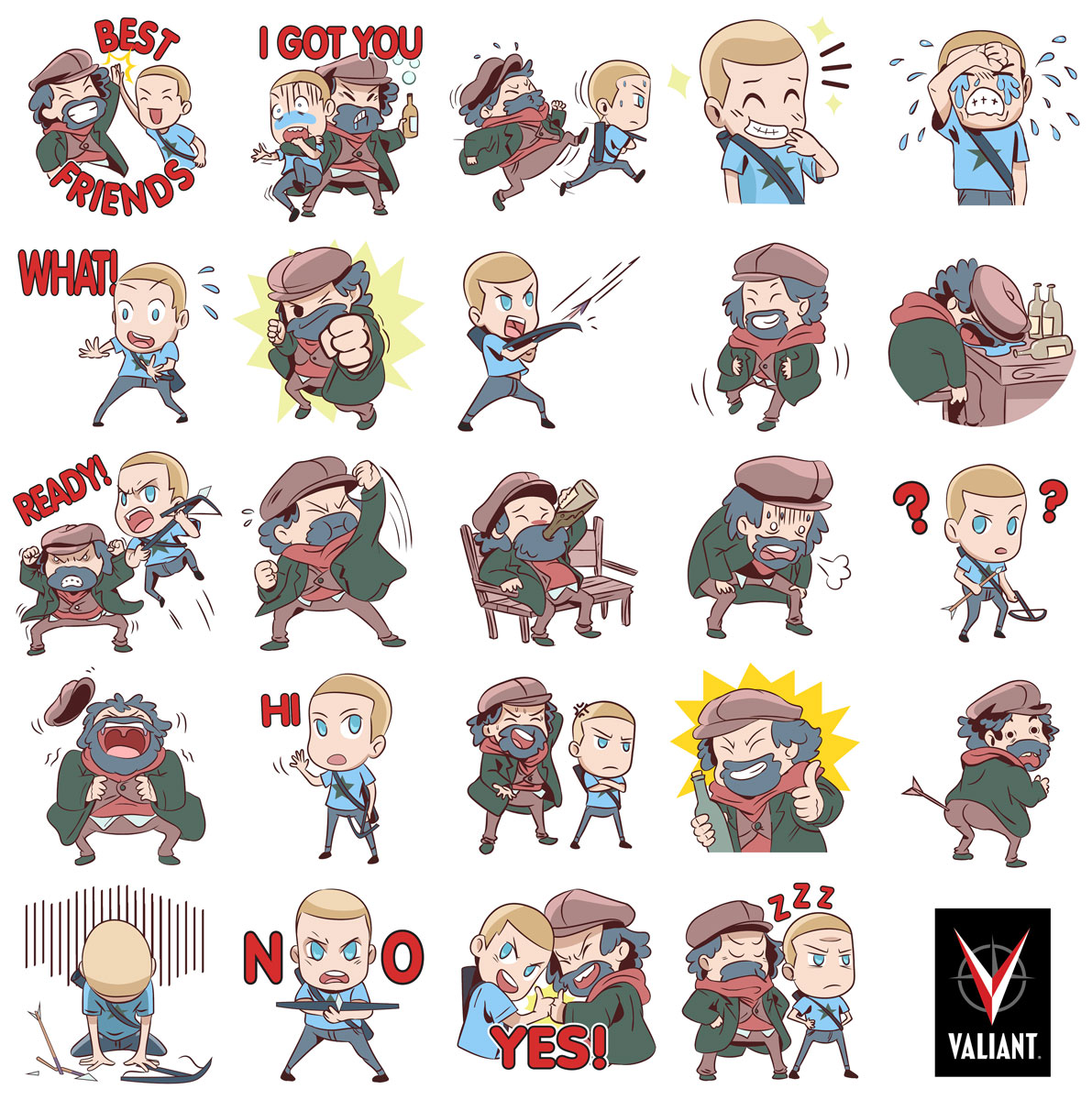