No Powers, No Responsibility. Gwen Poole will be slicing and dicing her way into hearts and minds as well as her own ongoing series,The Unbelievable Gwenpool this April from writer Christopher Hastings and artist Gurihiru.

Gwen Poole used to be a comic book reader, but one day she woke up inside the Marvel Universe. Now all the characters she used to read about are real! But they can’t be really real, can they? This has got to be some kind of dream or something, right? Well you know what that means – No Consequences! Her first order of business will be obtaining a costume and soon after that she will hit the streets fighting crime. Why? Because that’s what everyone who has a solo series does!

“Ms. Poole basically thinks she’s been transported into a video game,” says writer Christopher Hastings, in an interview with Marvel.com. “It’s a world where hundreds of super powered citizens shoot each other with eyeball lasers and grenades that are painted to look like pumpkins for some reason all the time. But the series will be about showing her that no, she’s not completely right. There are consequences to her actions. ”

Gwenpool has no power, no responsibility, no rules, and no limits. She will shoot and stab her way through anyone and everyone. Will she be Marvel’s least role-modely and least responsible character to date? She can if she tries. 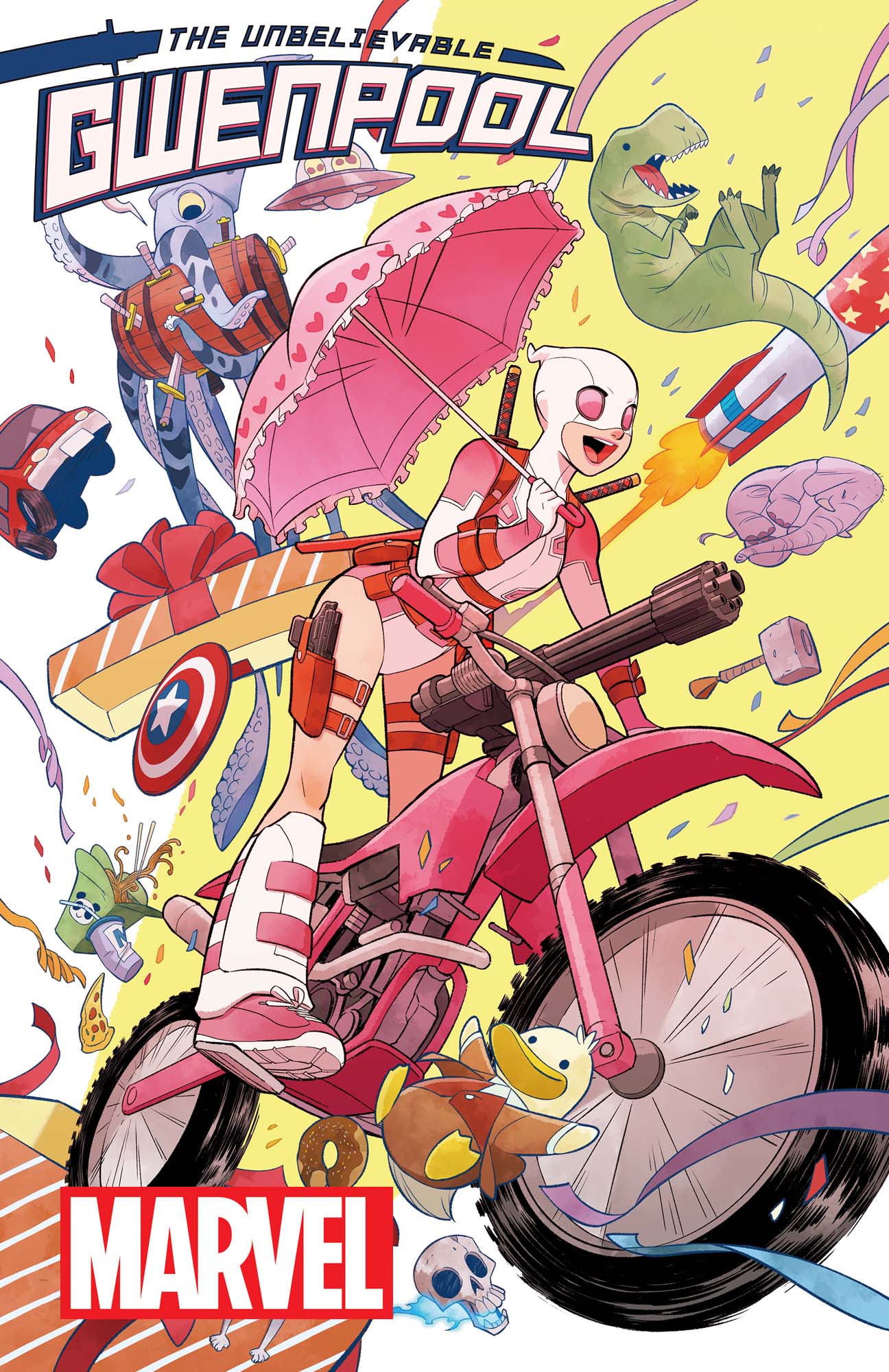 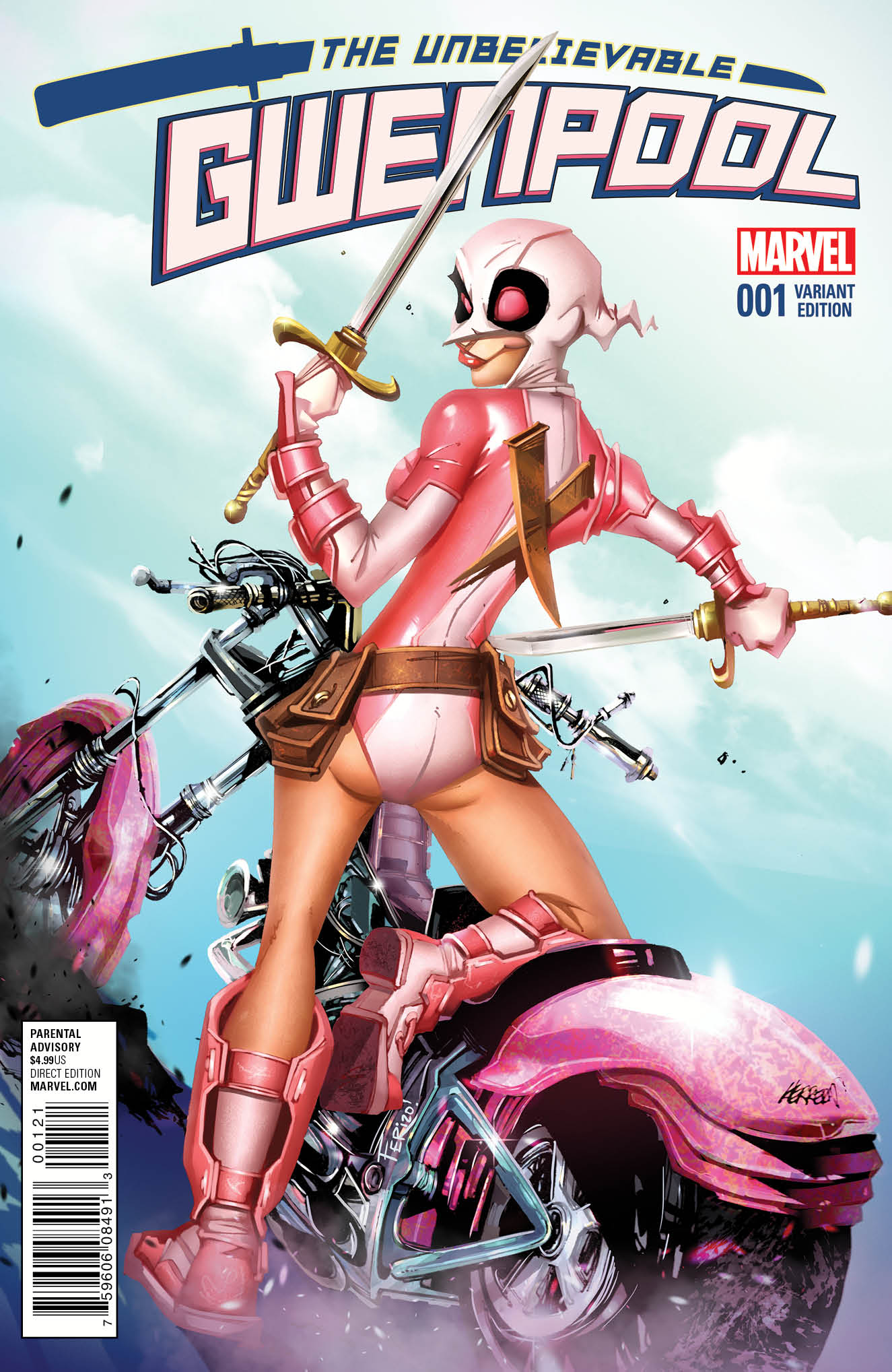 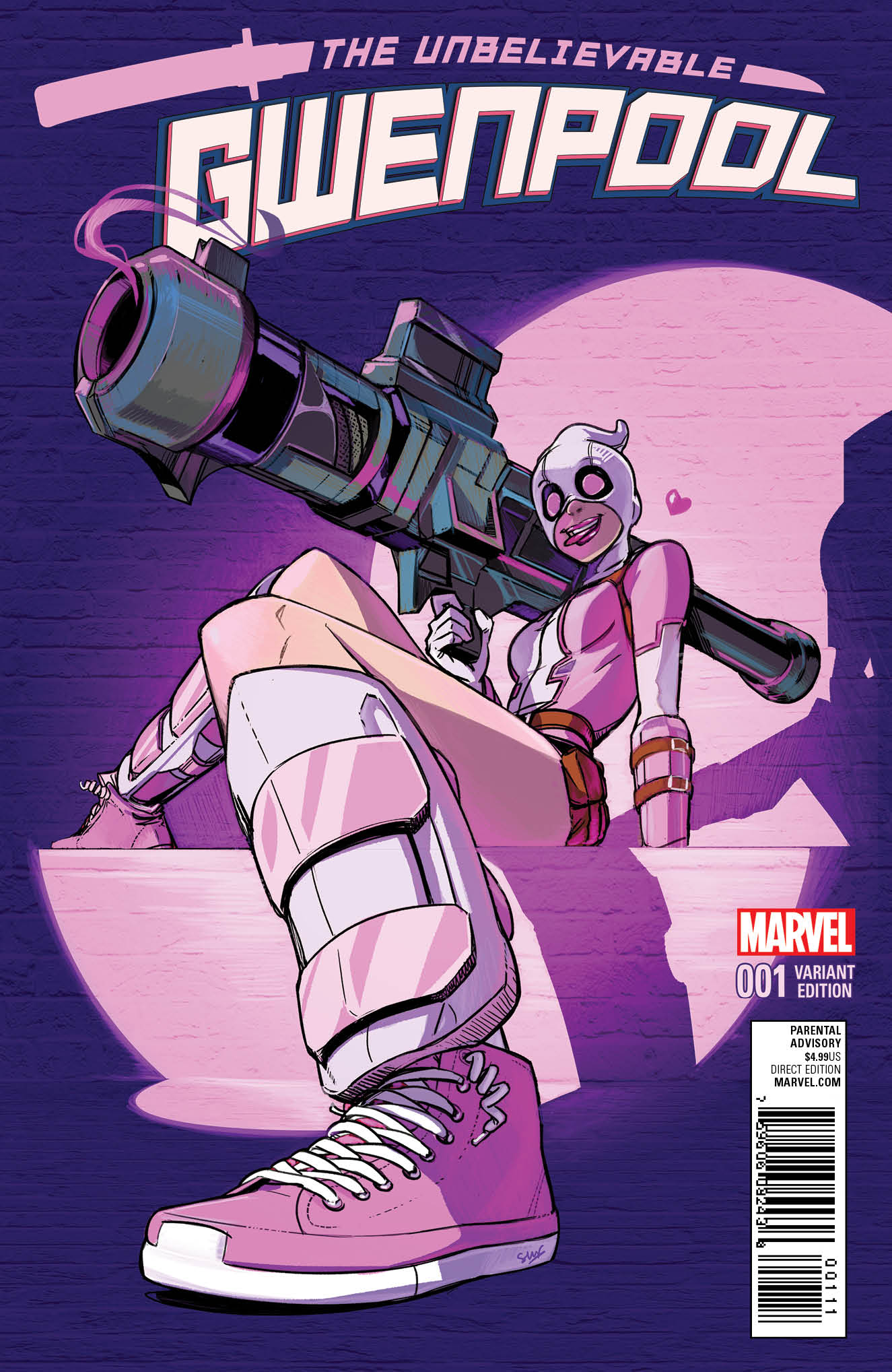 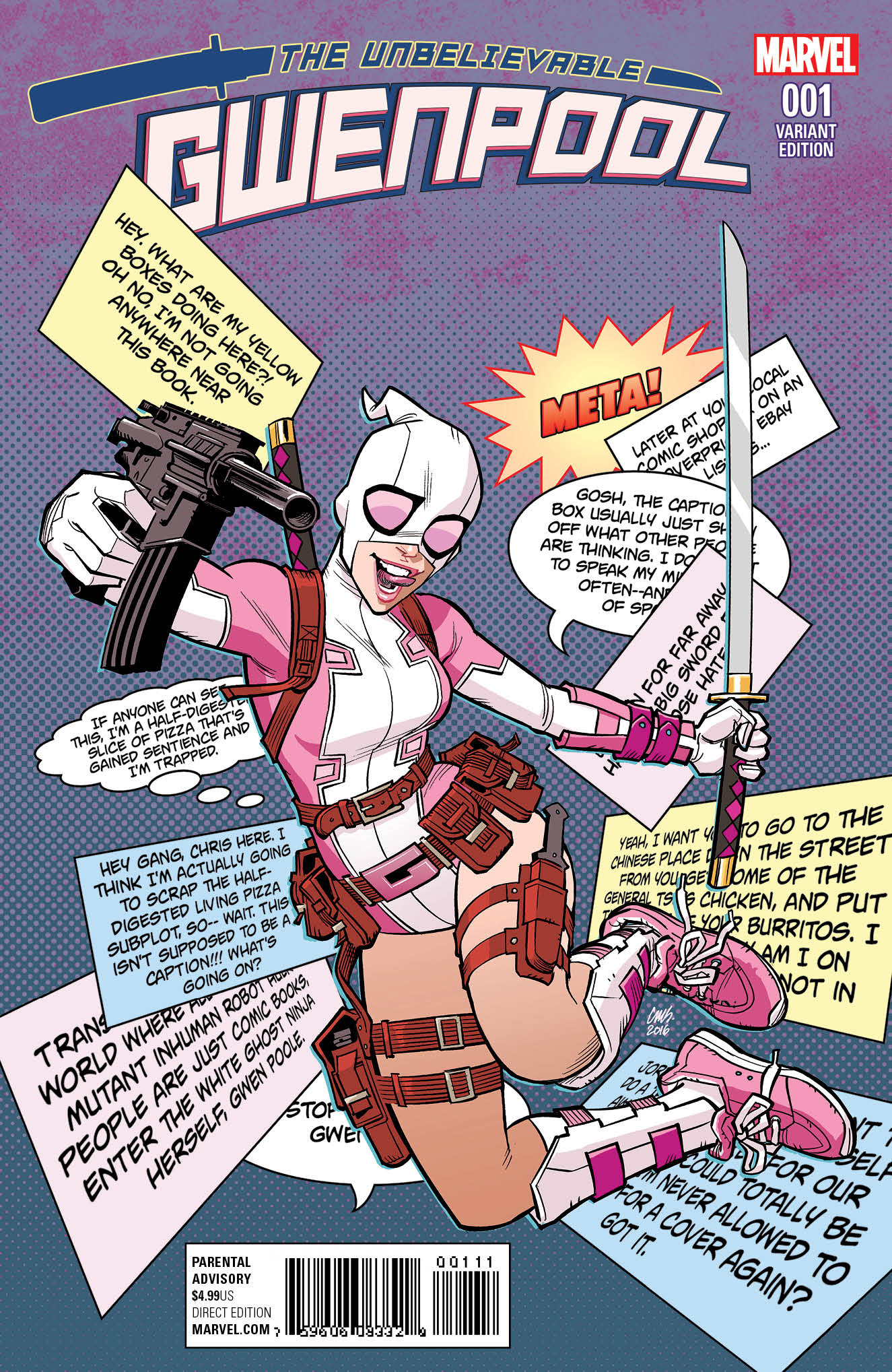 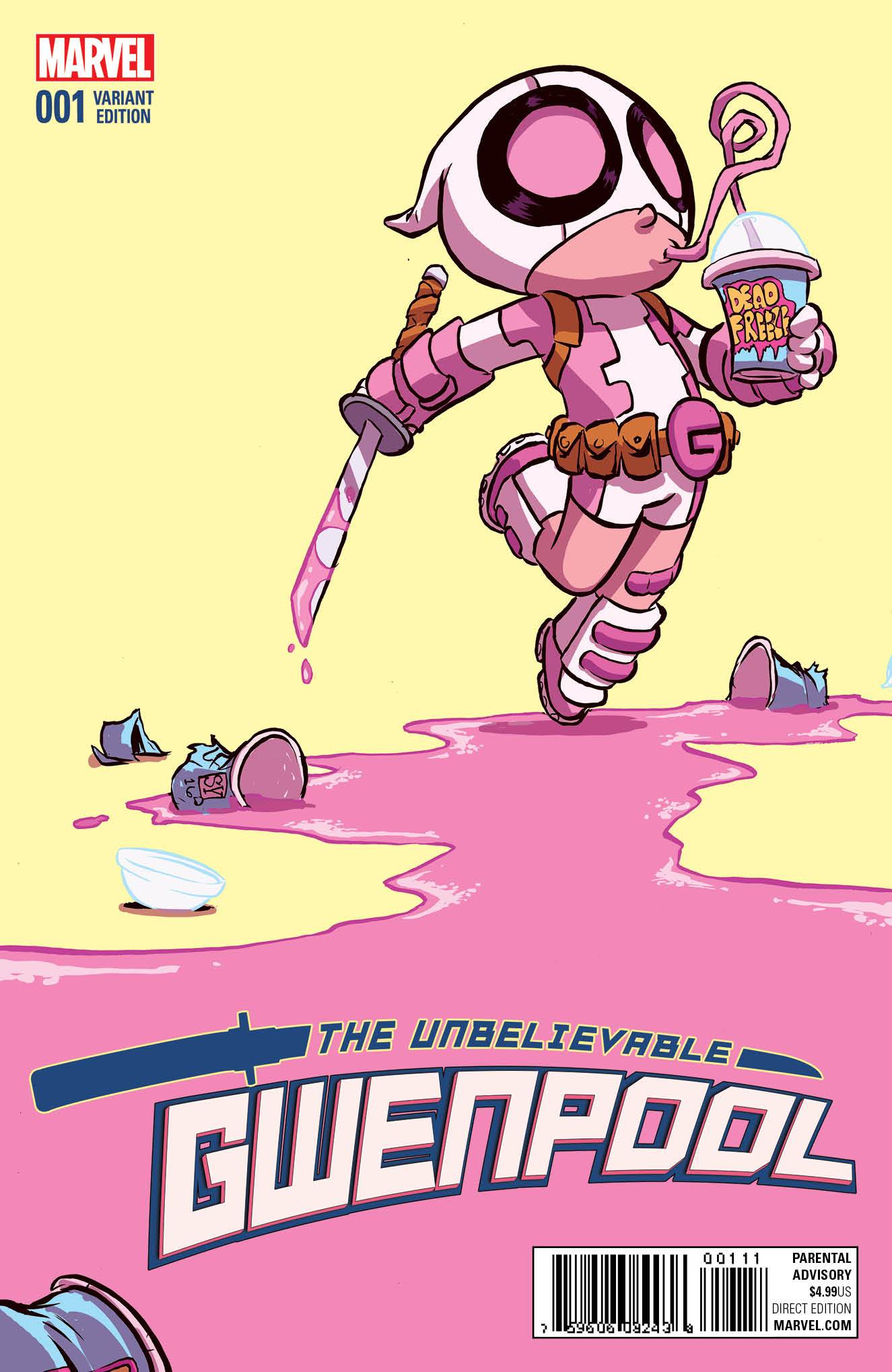 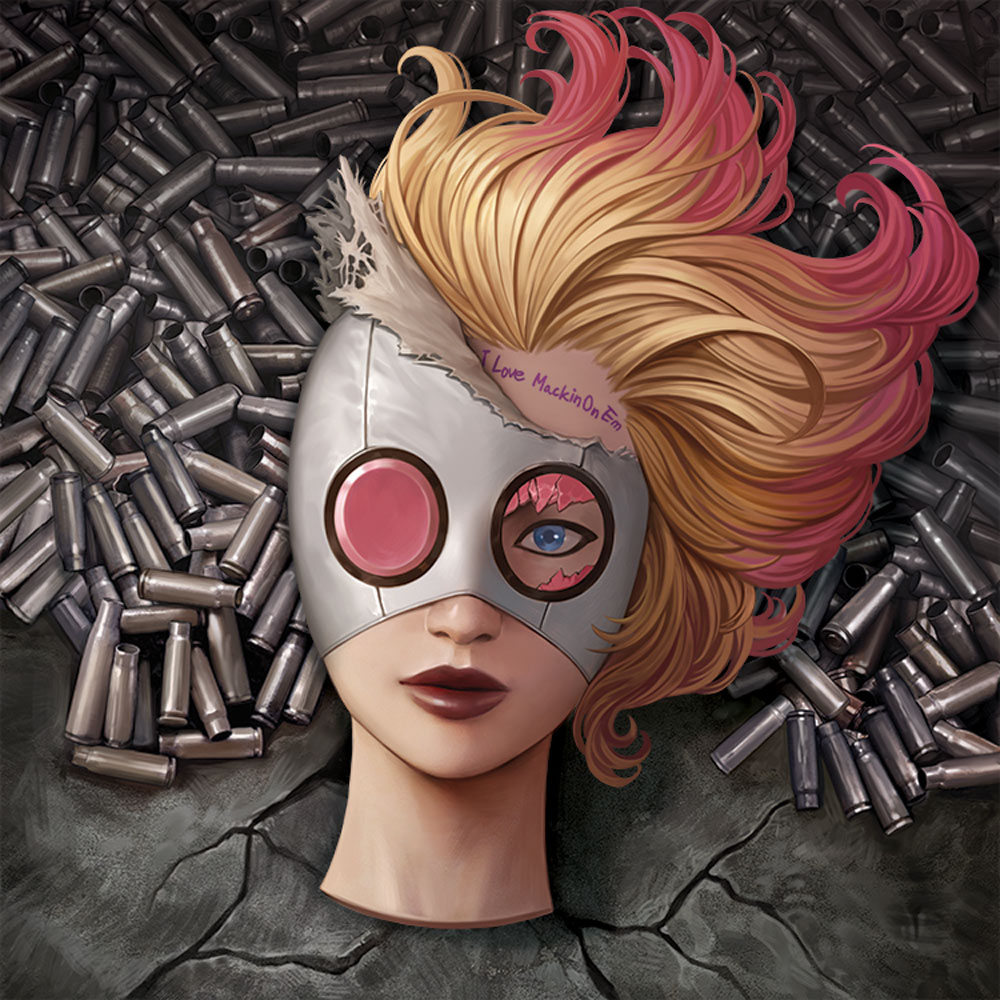 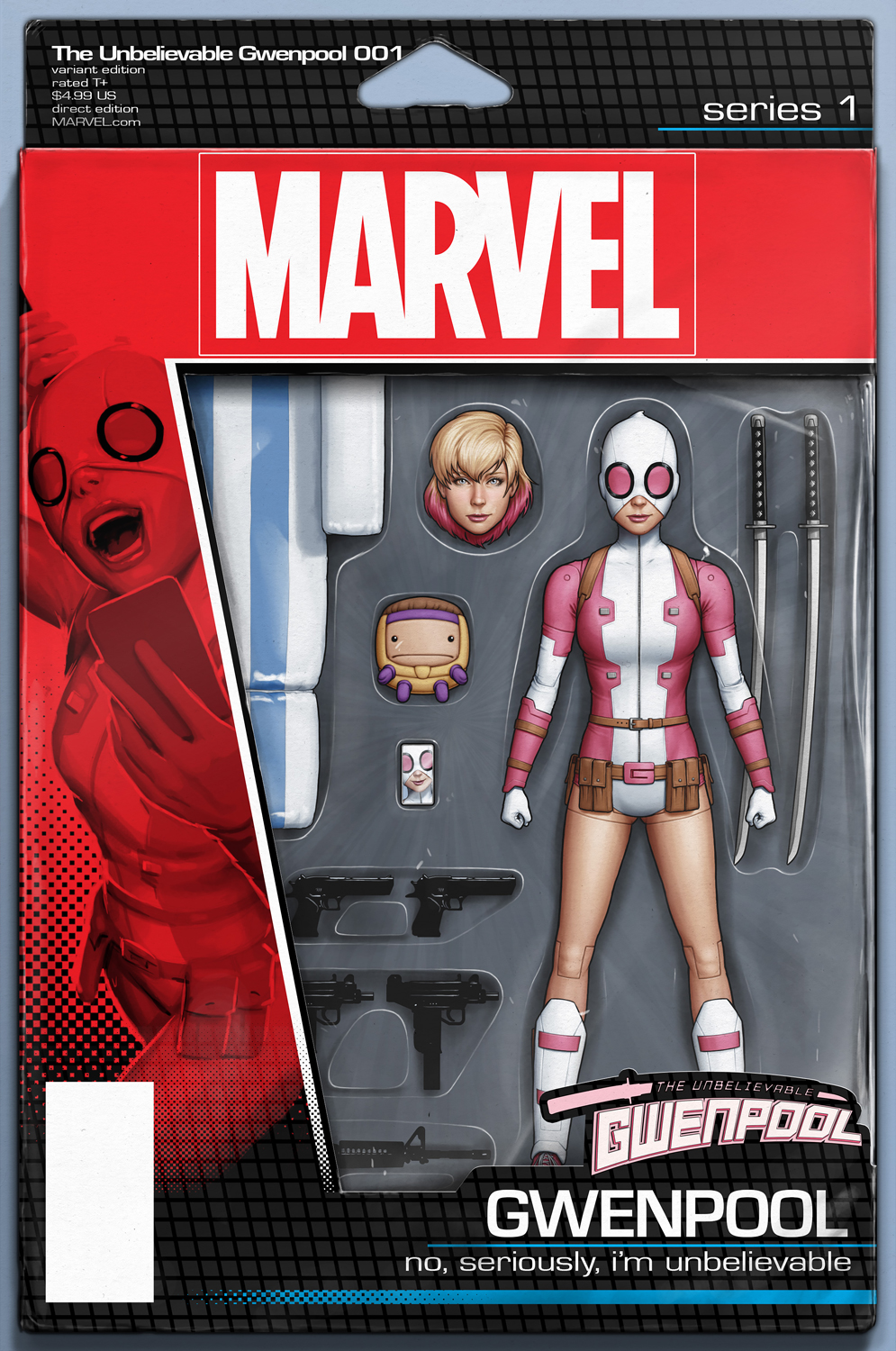 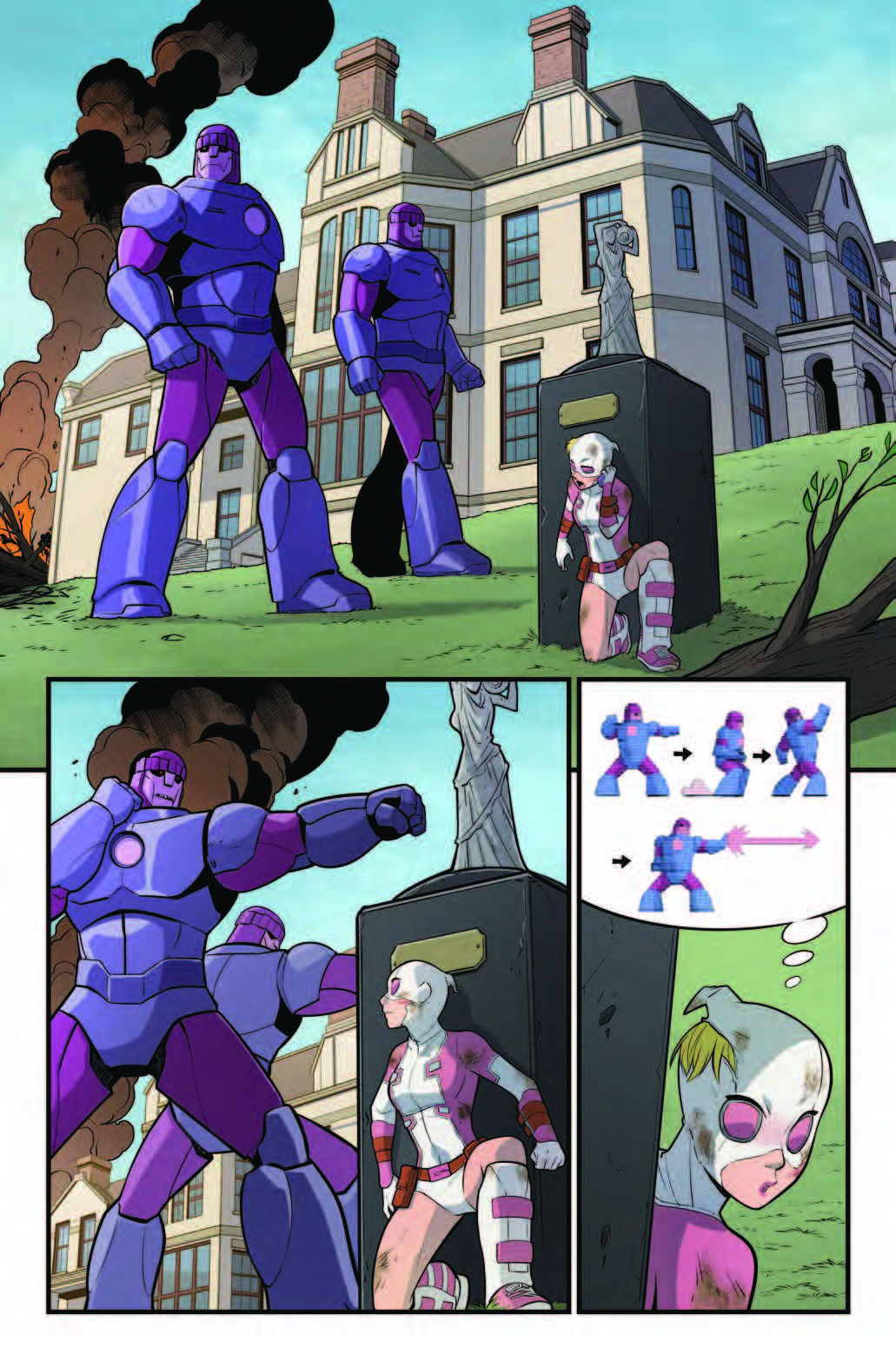 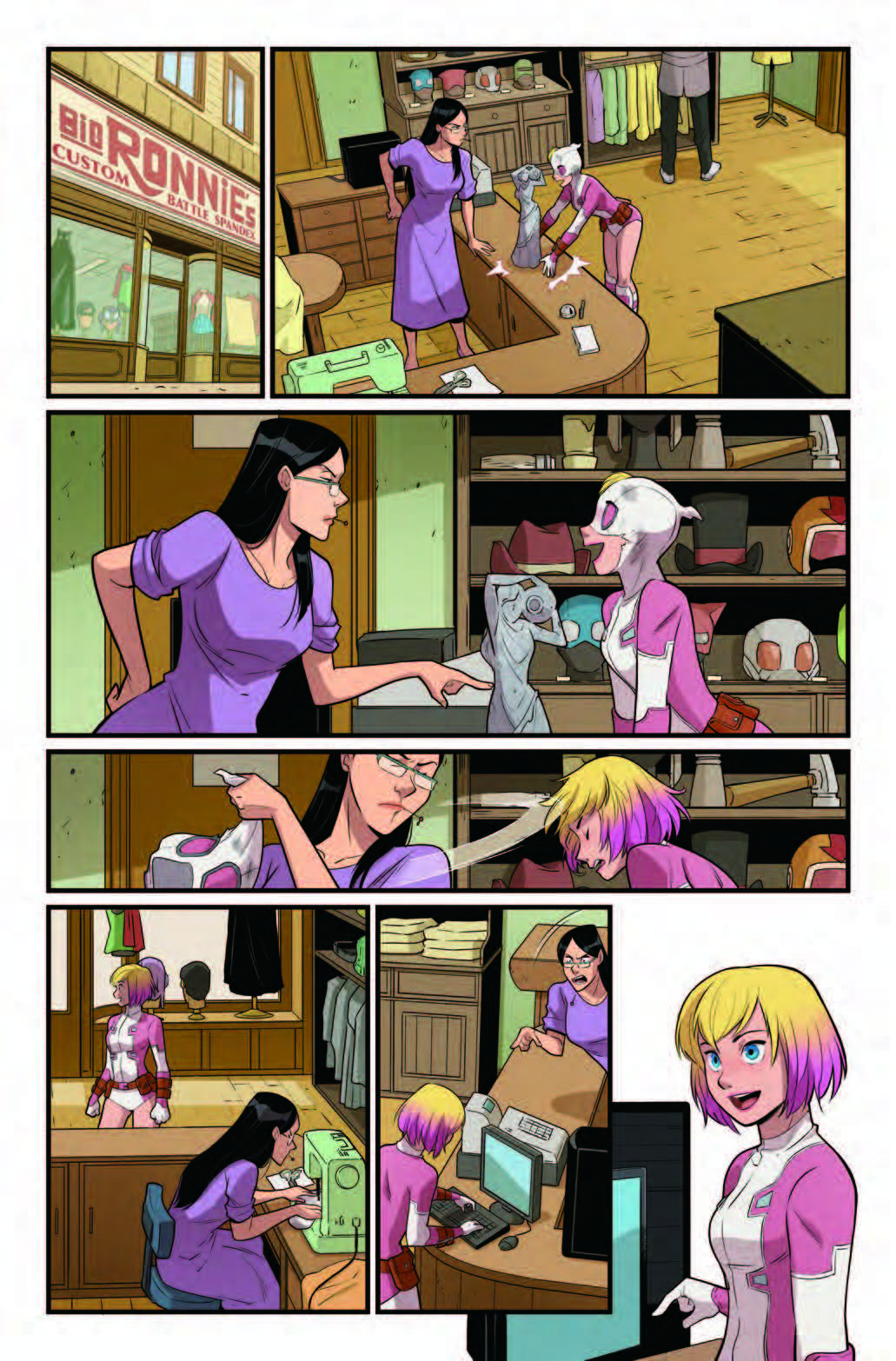 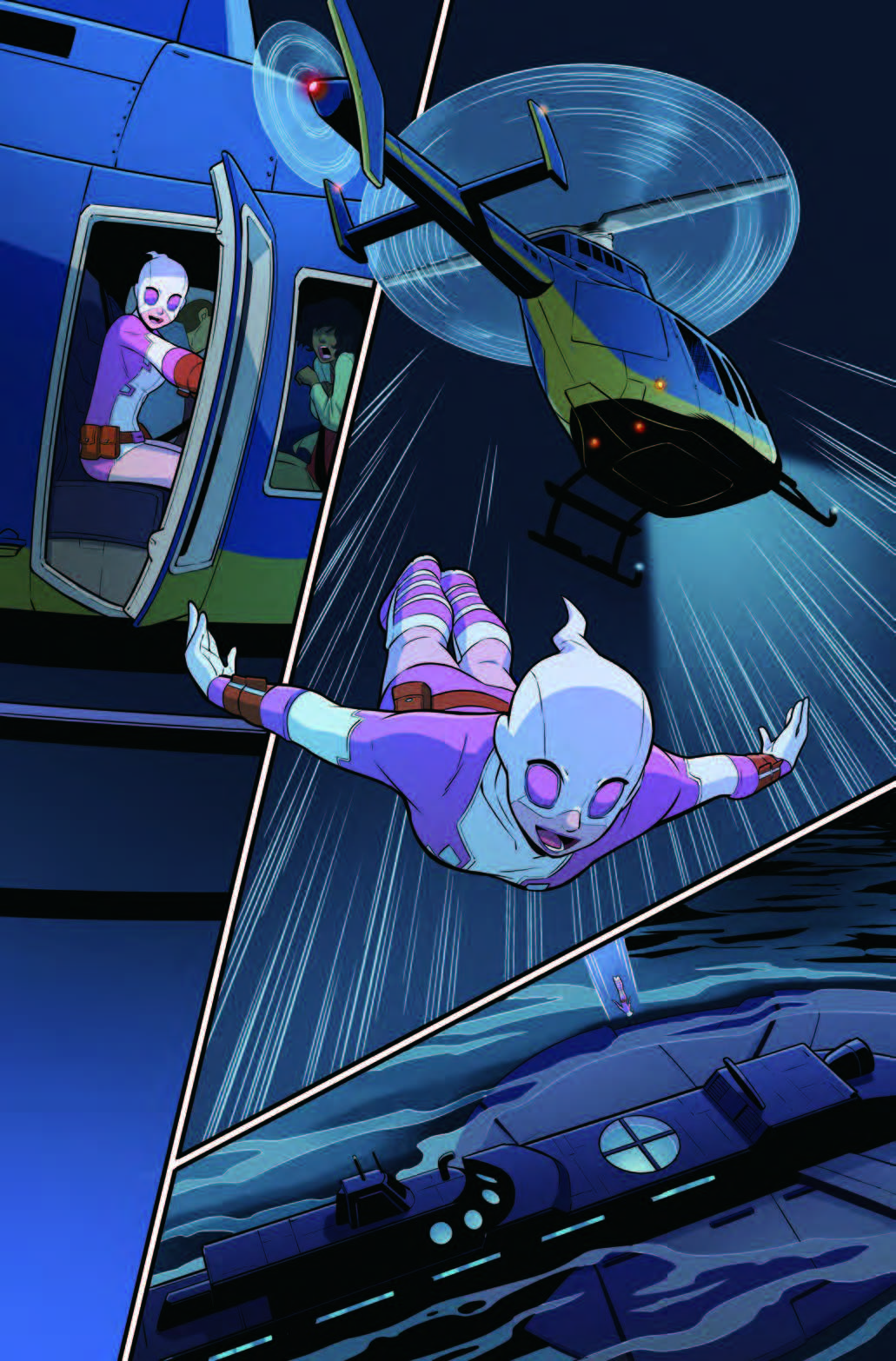