The Marvel Universe has reached another crossroads. A new Inhuman has emerged with the power to predict the future – for good or ill – and the heroes of the Marvel Universe are faced with a choice: Wield the power of “predictive justice” to change the future as they see fit, or reject it and allow tomorrow to unfold unaltered.

Opposing Iron Man will be Captain Marvel’s Change the Future side backed up by Spider-Man, The Vision, Ant-Man, She-Hulk, Hawkeye, Medusa, Captain America, and more.

You will be able to get your first glimpse into the Civil War II story on Free Comic Book Day, May 7th, 2016. FCBD Civil War II #1 will feature two stories from Brian Michael Bendis and Jim Cheung as well as Mark Waid and Alan Davis. 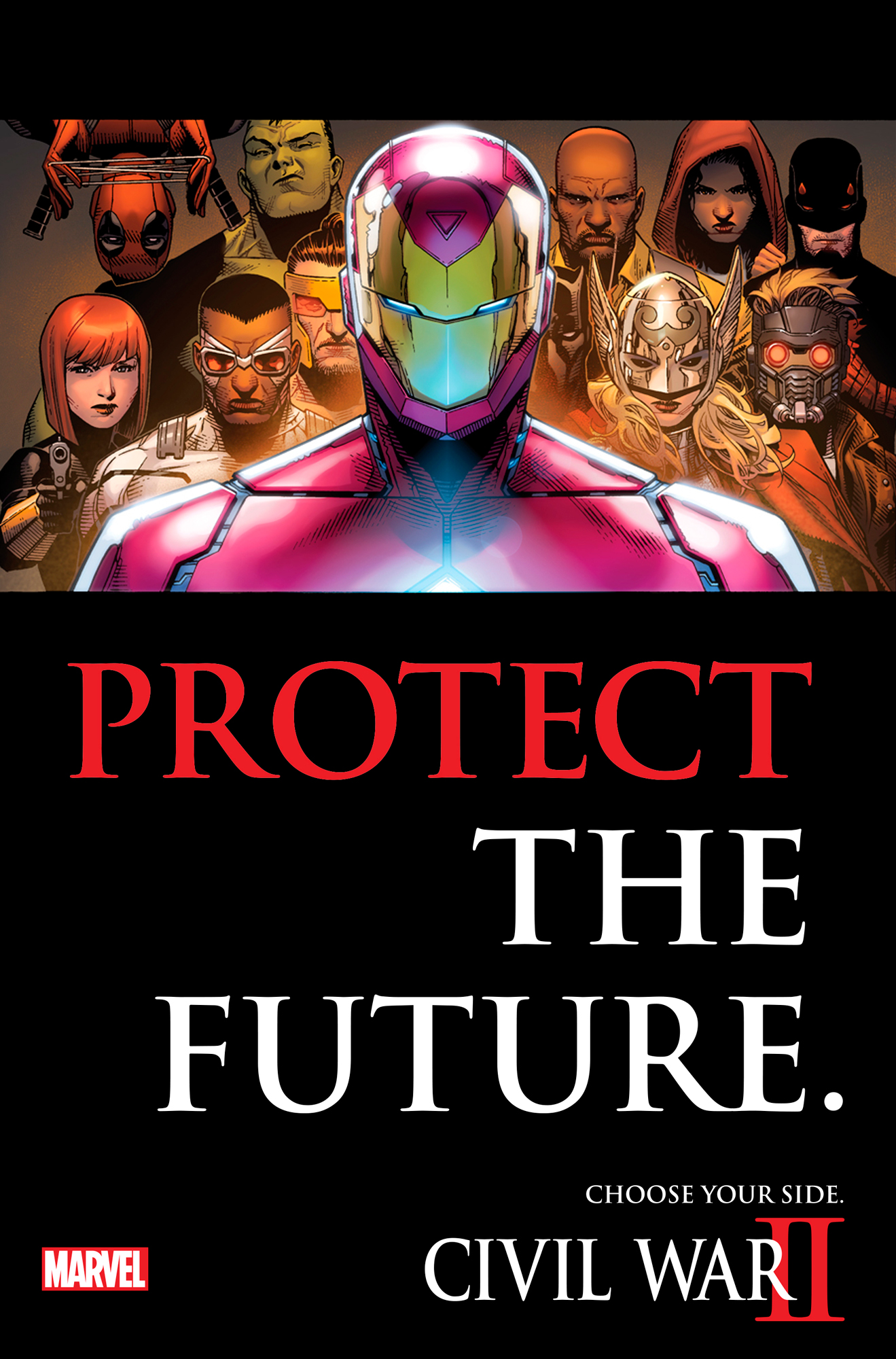 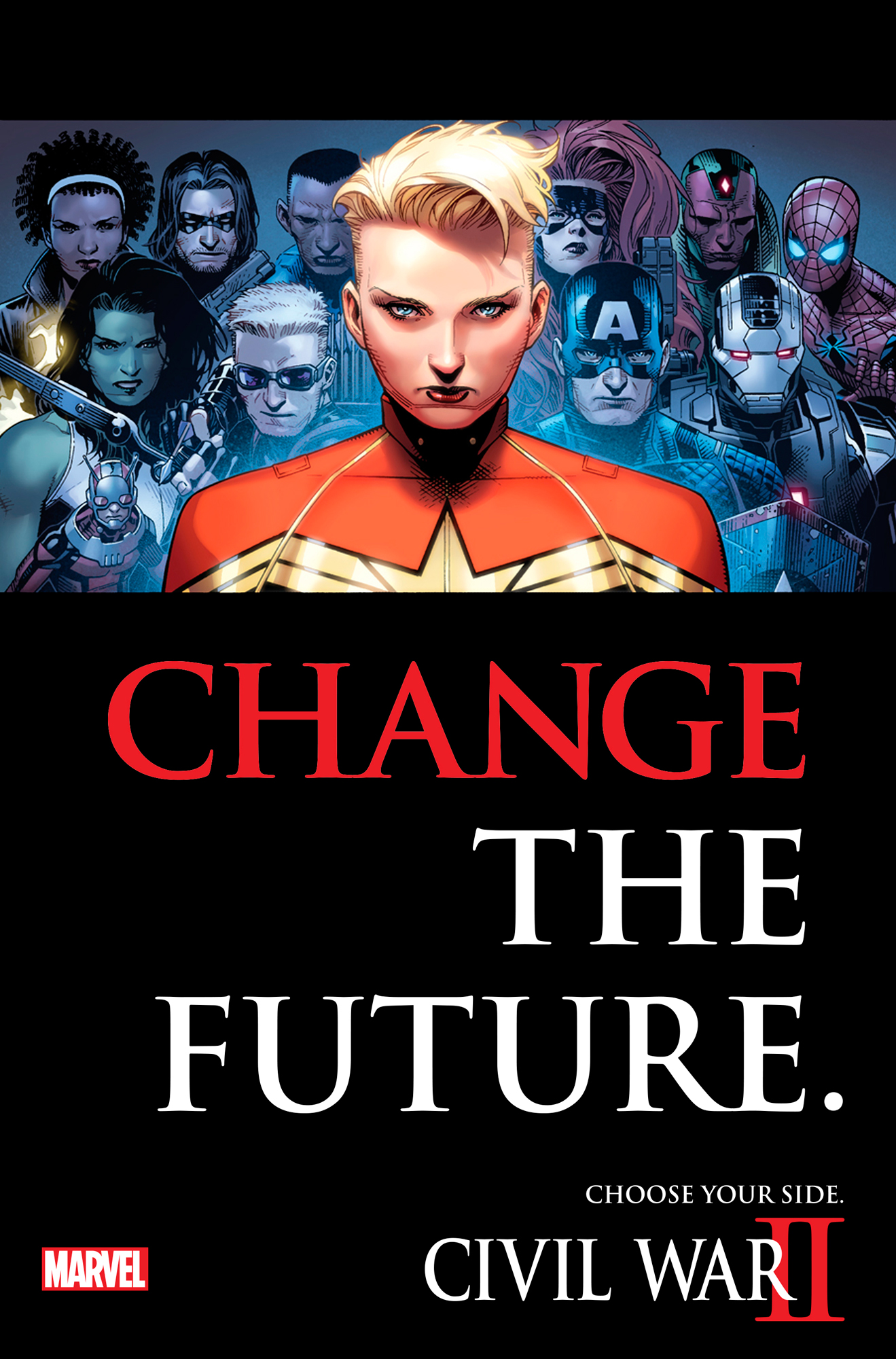