he living. The dead. The good. The wicked. And a husband and wife trapped in the middle, the only ones who might prevent them all from crashing together…

An evil spirit, dead for decades, has usurped all the power of the enchanted scroll that Shan and Hwen Mirage needed to save their lives together. Now they have no scroll, no power, and an unstoppable enemy with the power of death at its fingertips. As this specter of doom leaps from body to body, leaving extinction in his wake, the Mirages know the only way to defeat him…win or lose, live or die…is by making the ultimate sacrifice.

Jen Van Meter and Roberto de la Torre deliver the dizzying, devastating climax for Valiant’s Harvey Award-nominated adventurers…and, for the living and the dead, nothing will ever be the same! 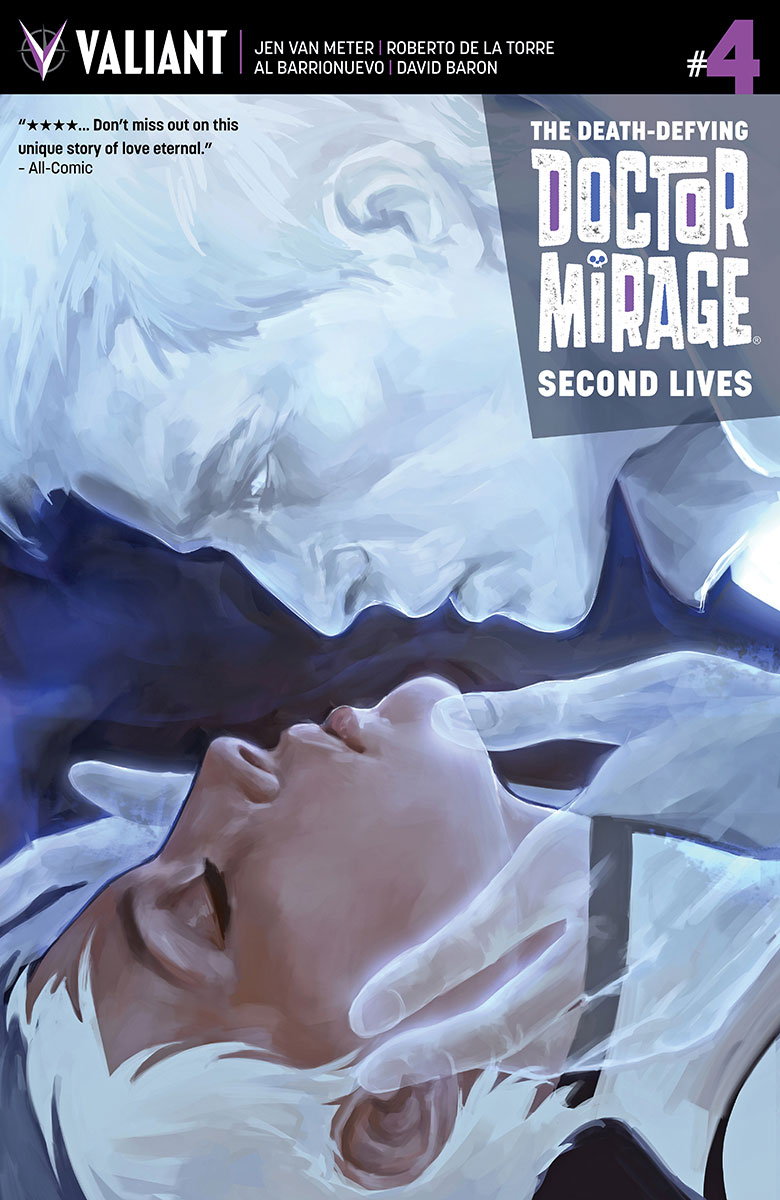 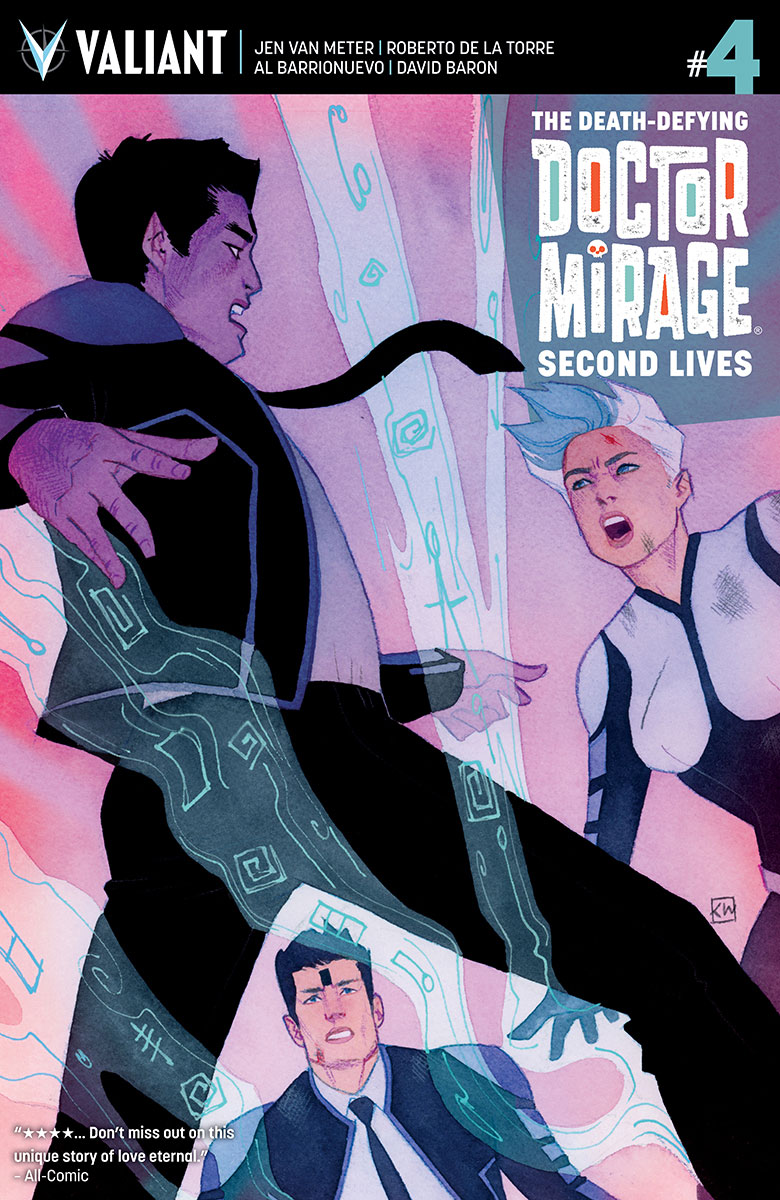 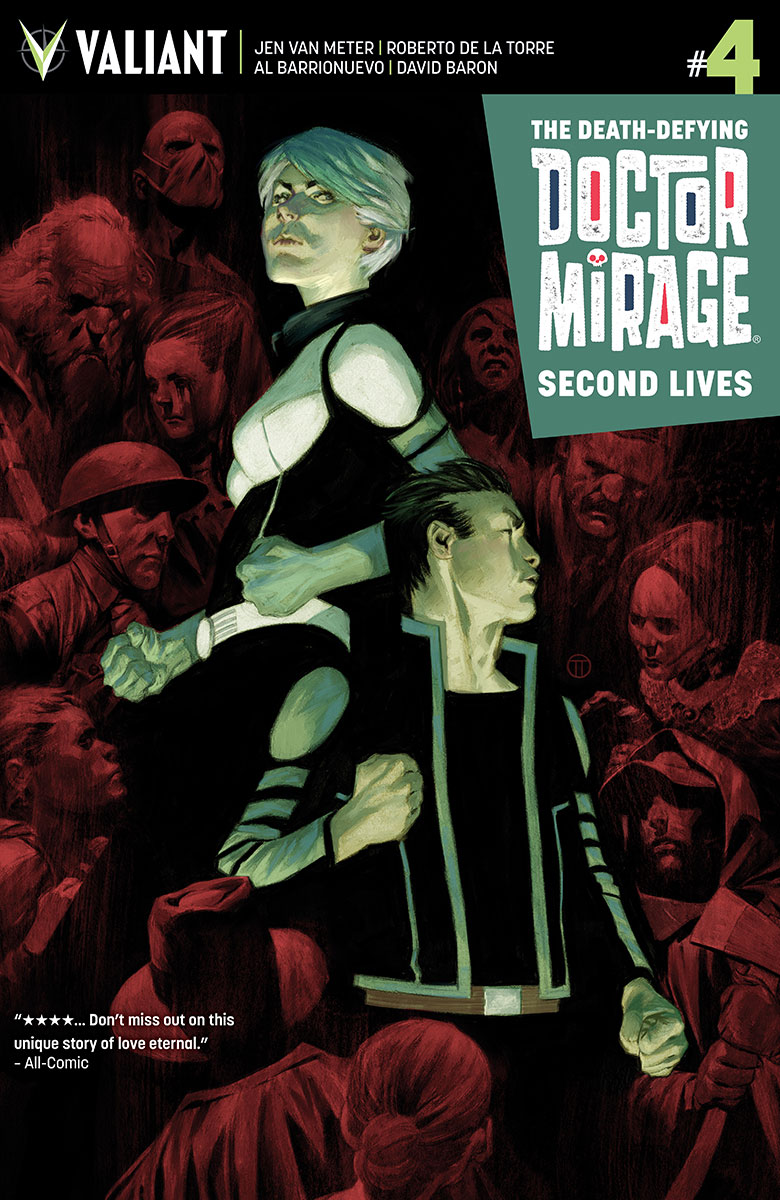 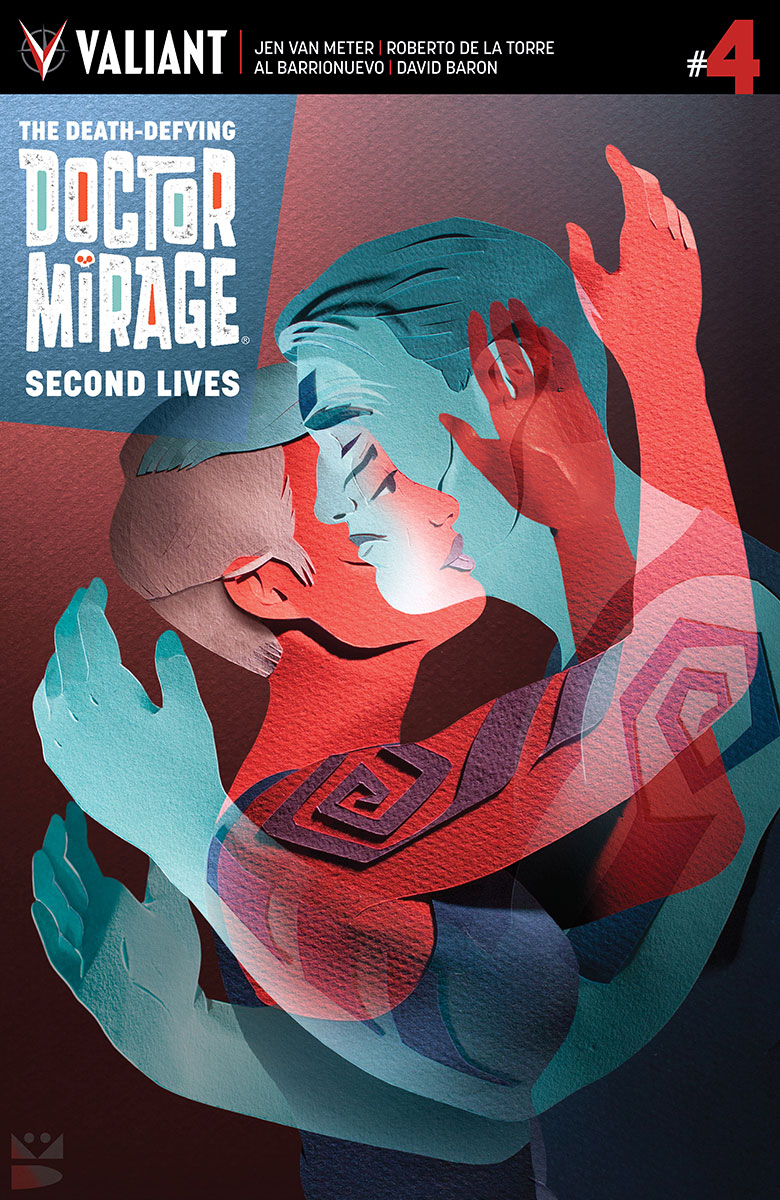 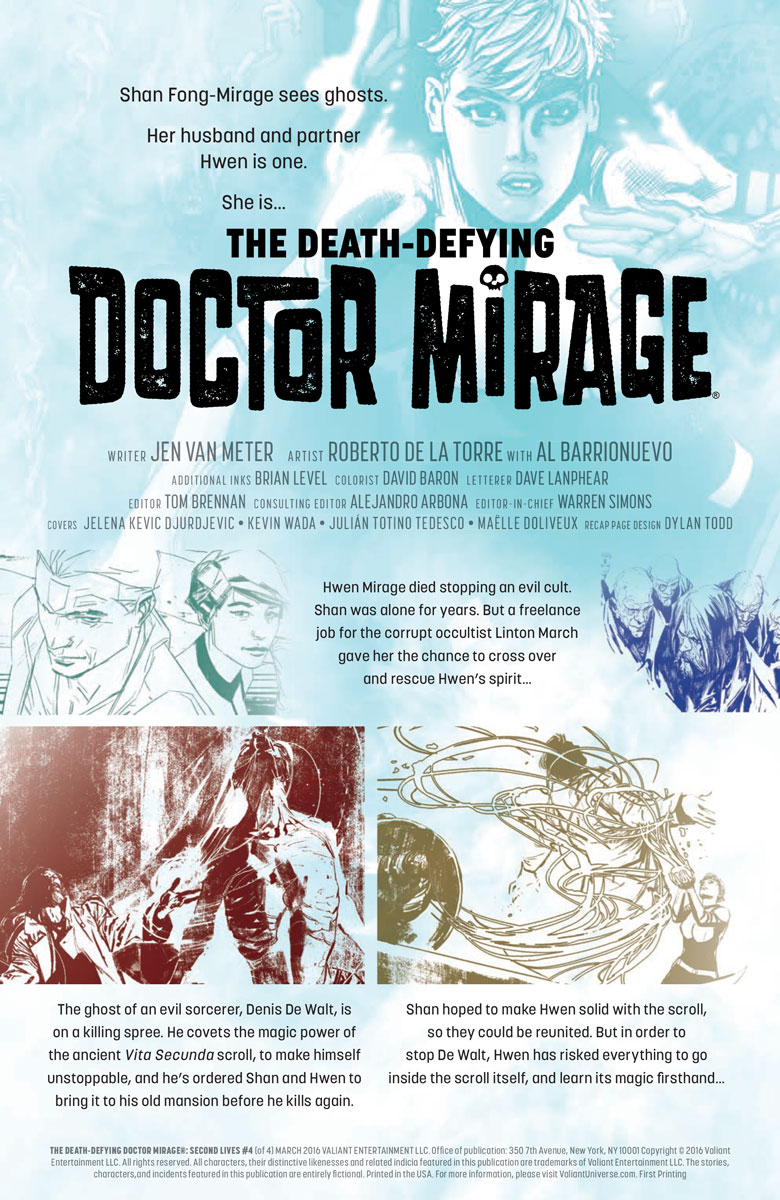 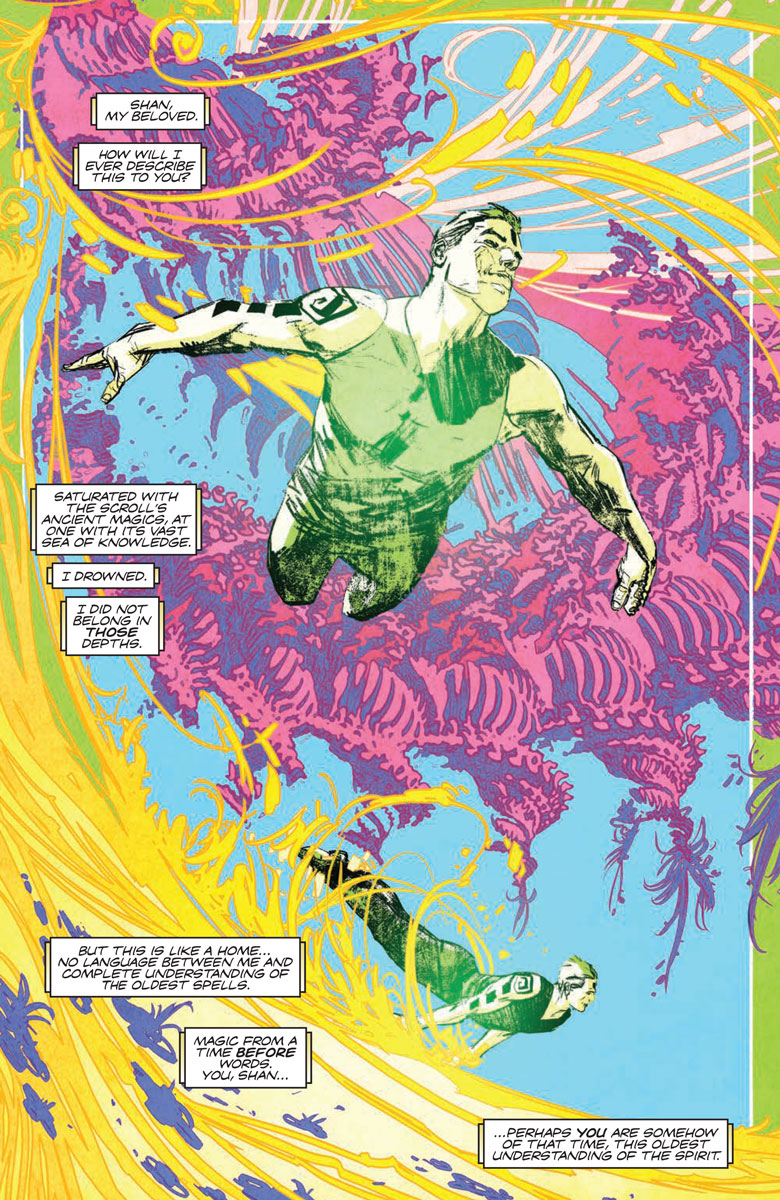 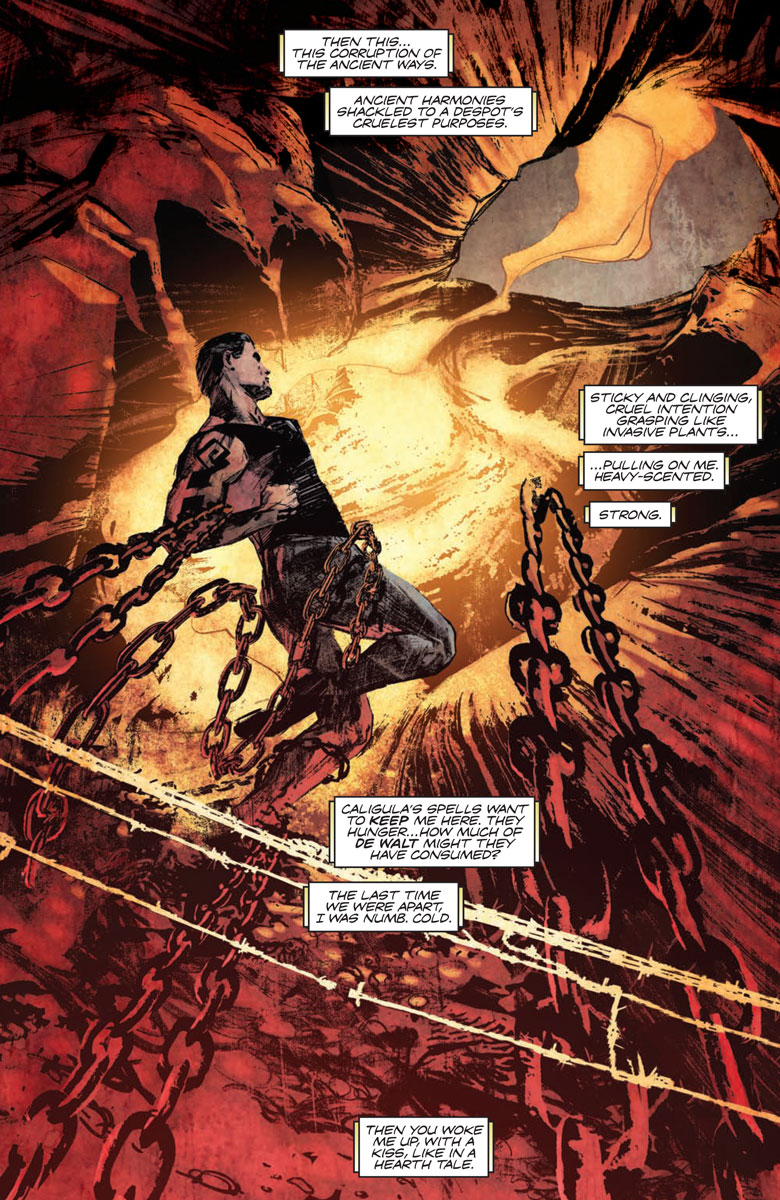 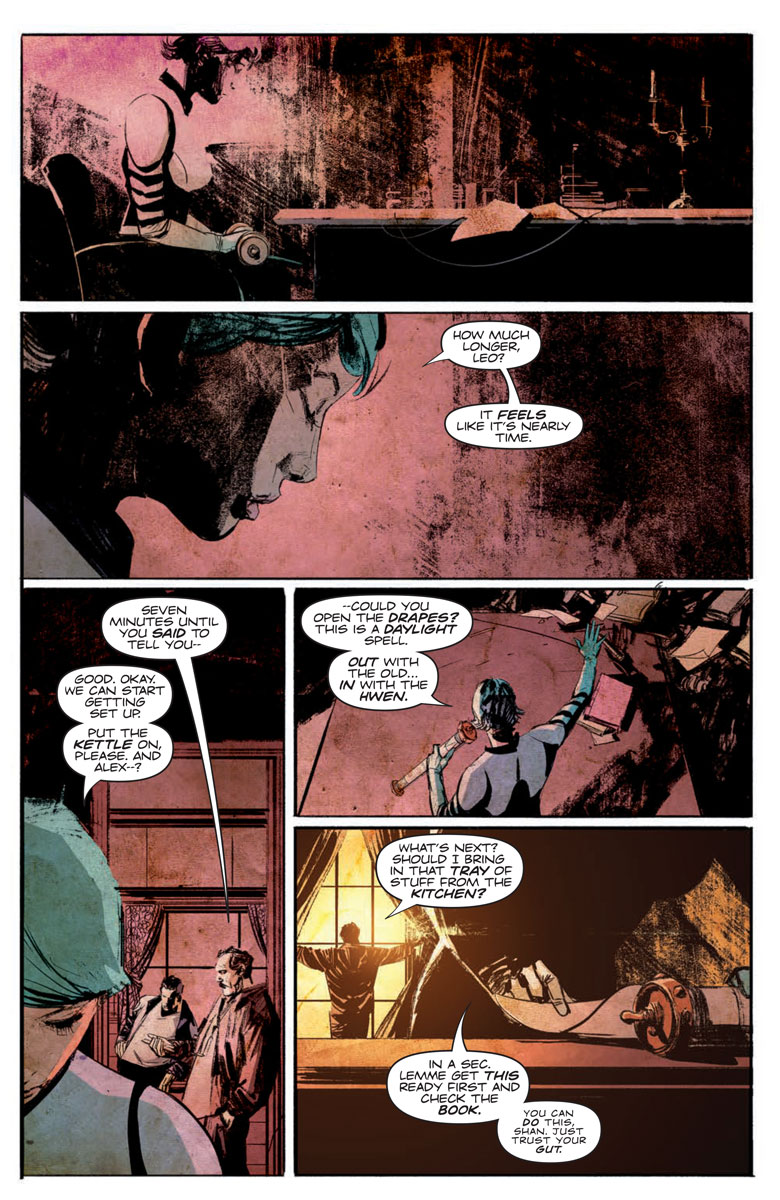 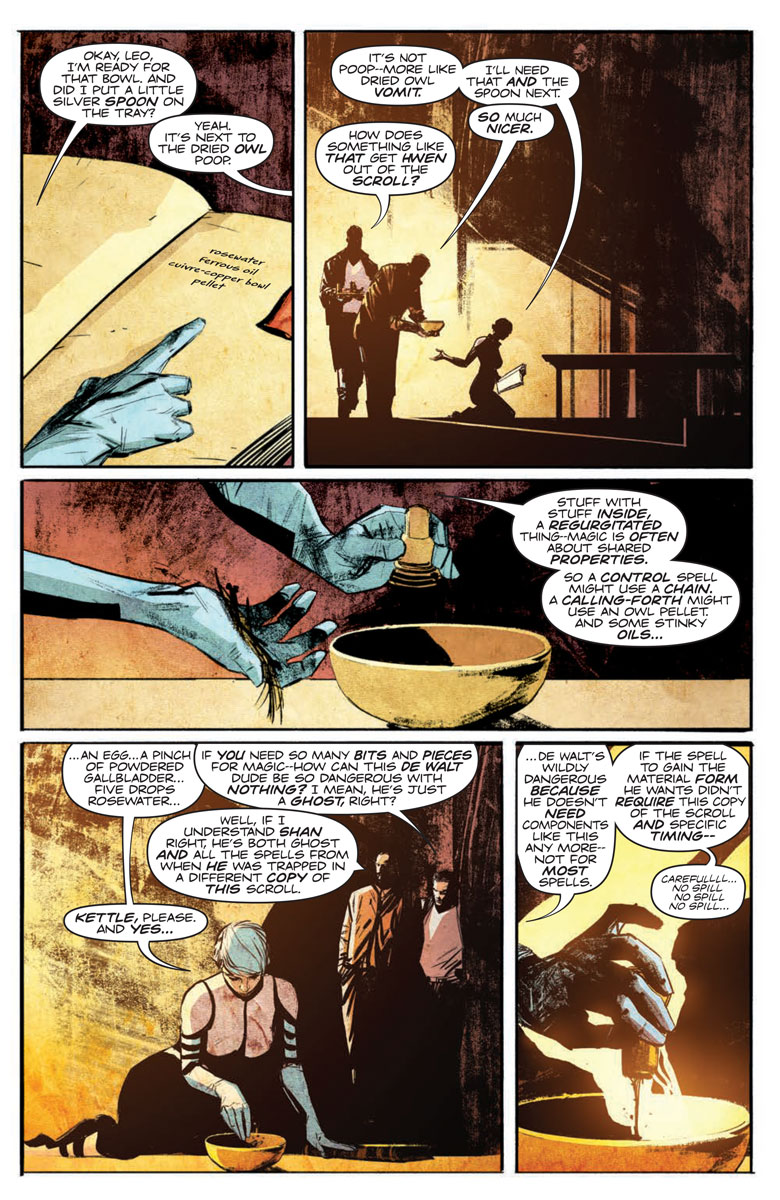 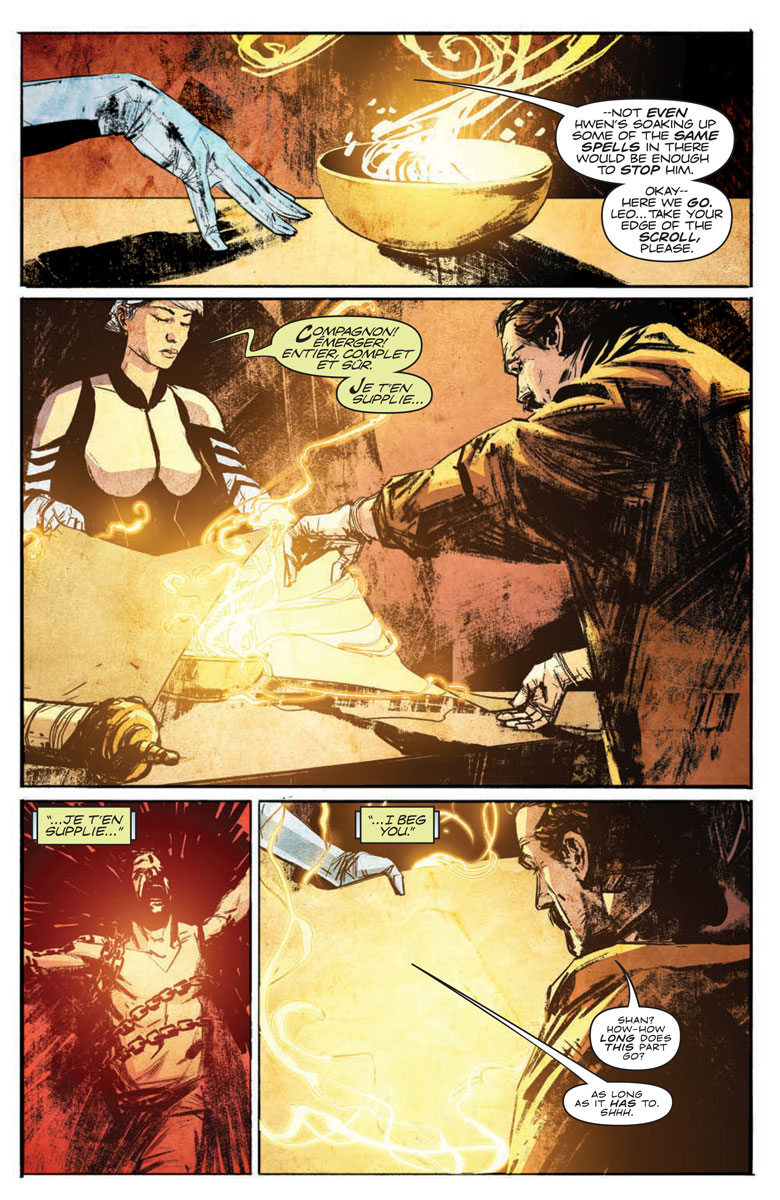