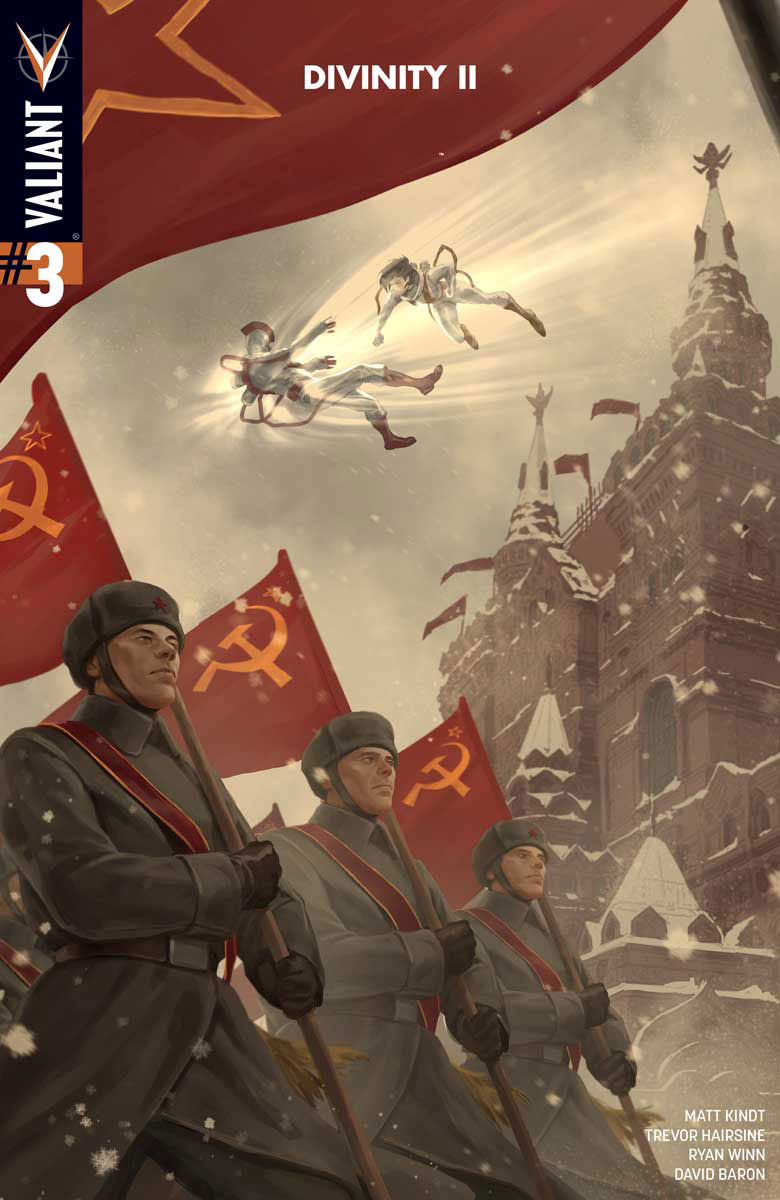 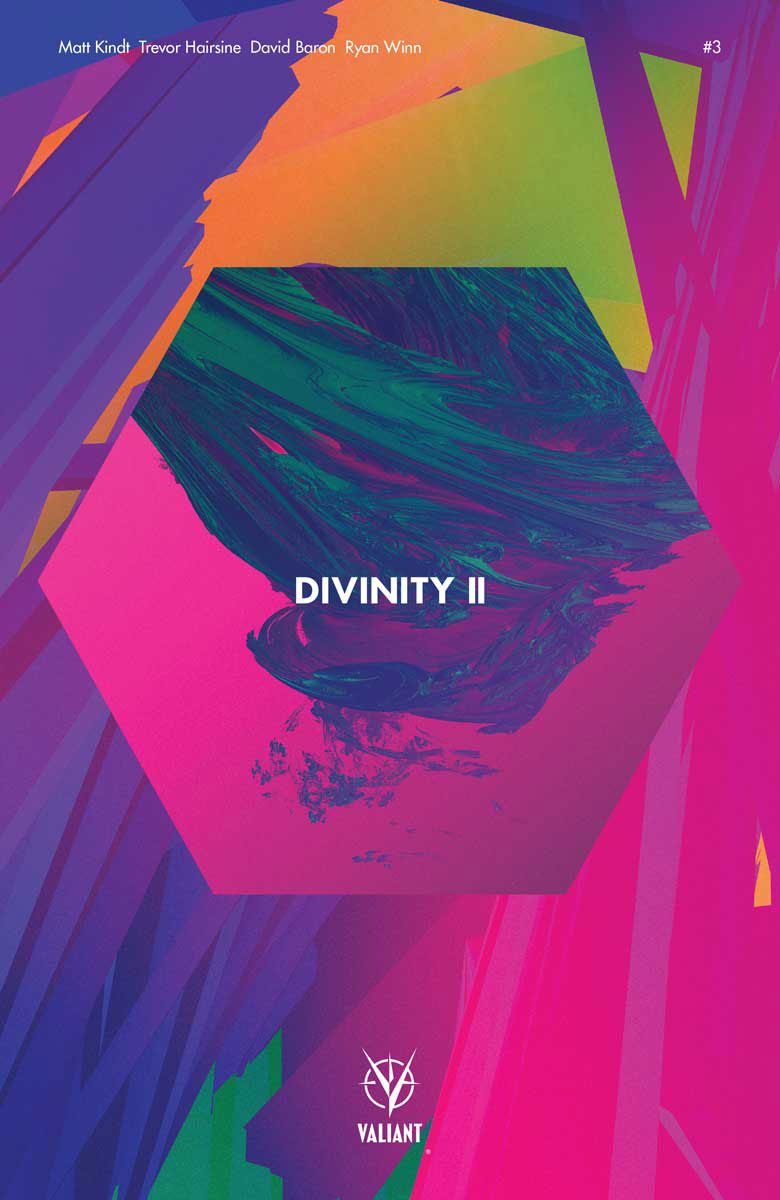 Cover B by Tome Muller 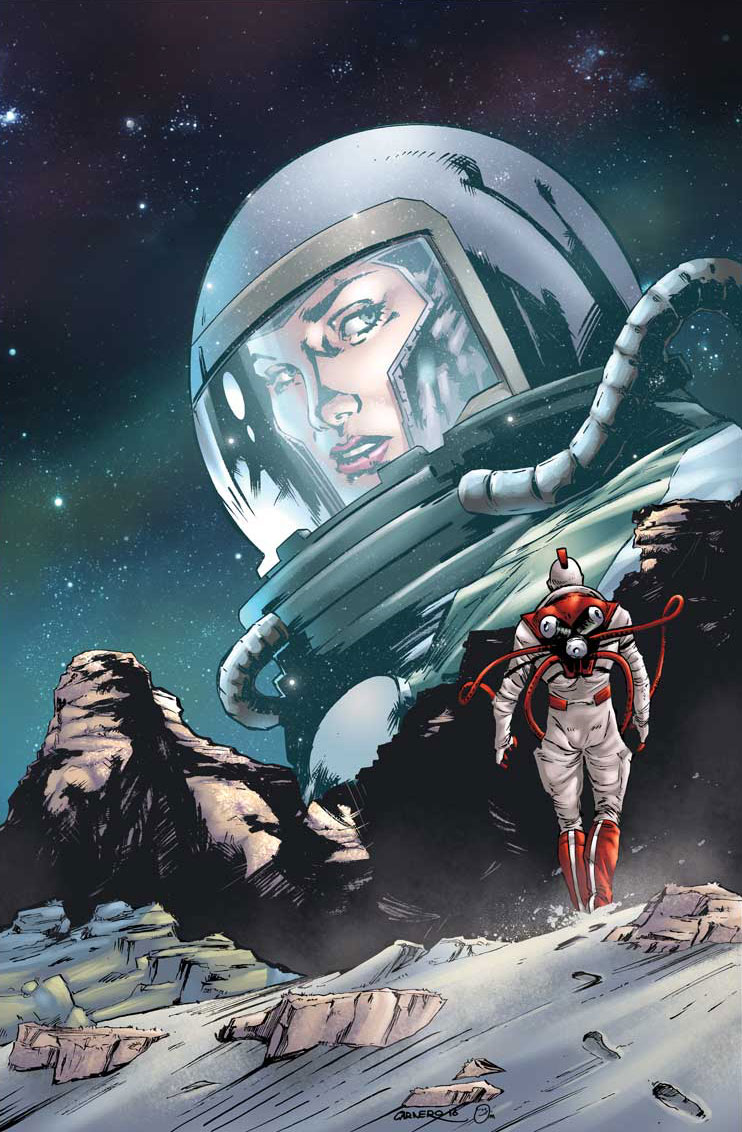 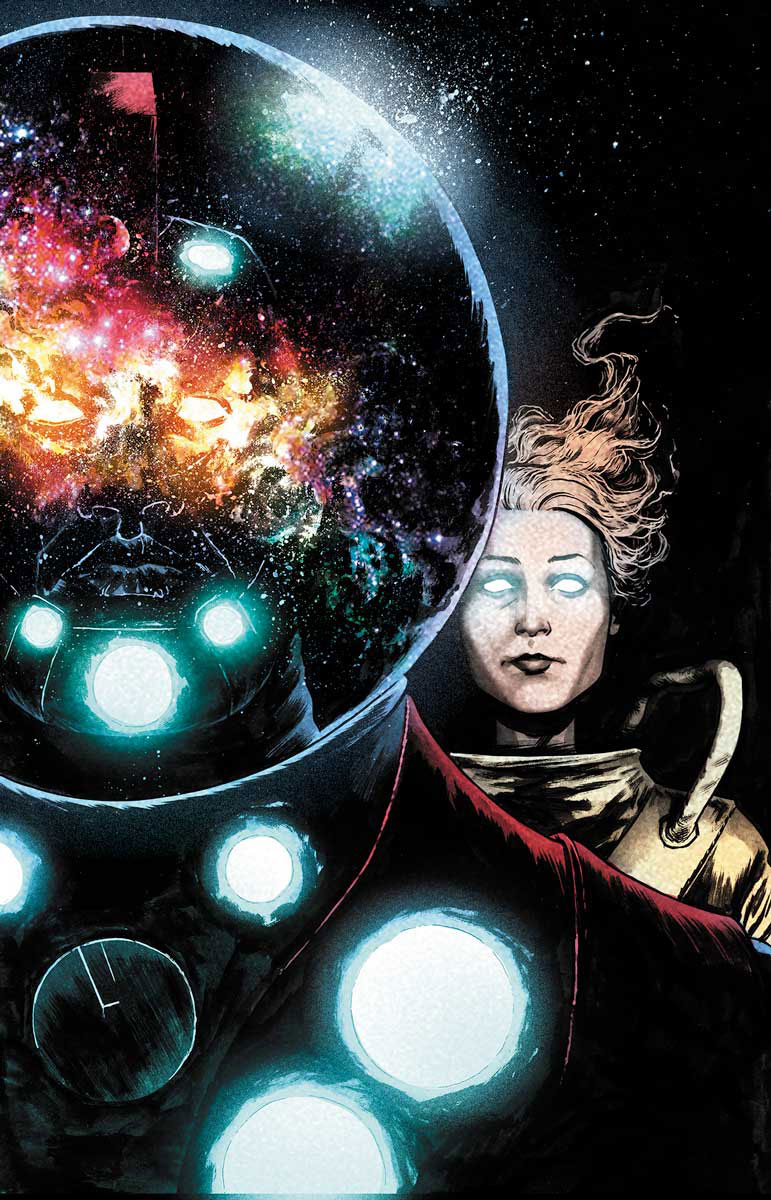 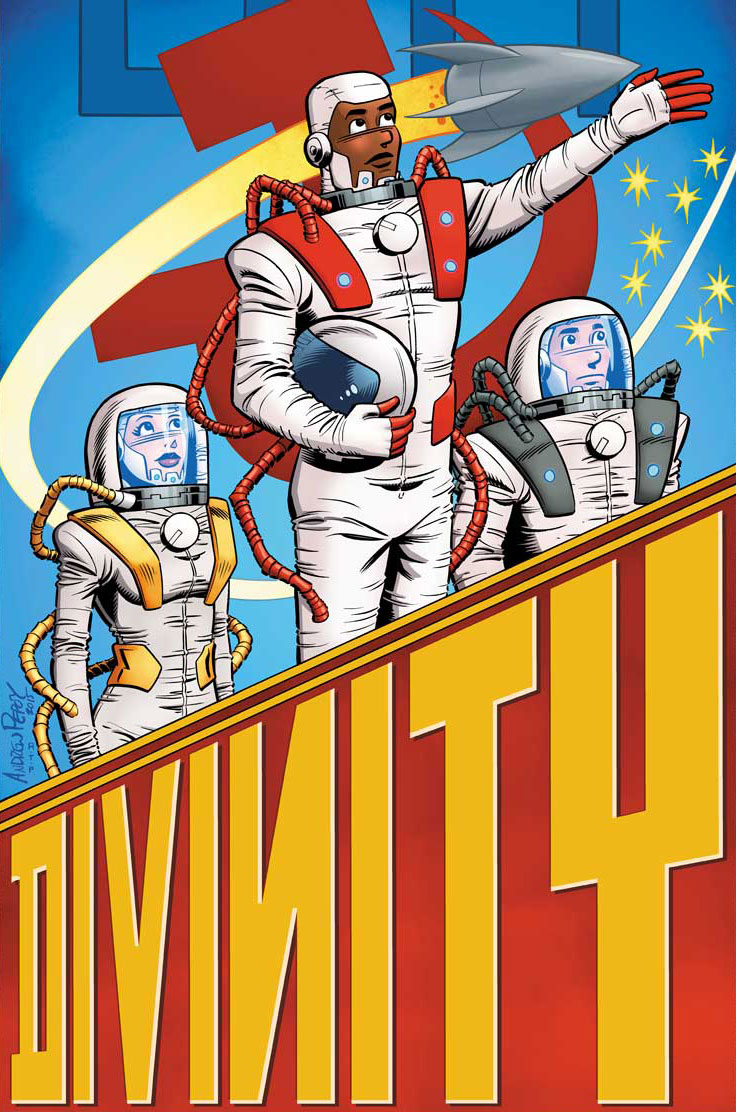 Abram Adams’ former teammate – the long-lost cosmonaut Myshka – has returned from deep space…and, seemingly overnight, the former Soviet Union has taken charge as the globe’s dominant economic and military force. As the Western world grapples with the ensuing chaos and confusion of Russia’s rapid return to power, Divinity and Ninjak attempt to marshal resistance against an empire enabled by the god-like will of one of its own true believers. But nothing escapes the sight of the super-powered gods that now walk among us…and our fate will be forever decided when Myshka targets Divinity for control of our world’s destiny!

A&A: The Adventures of Archer & Armstrong #4 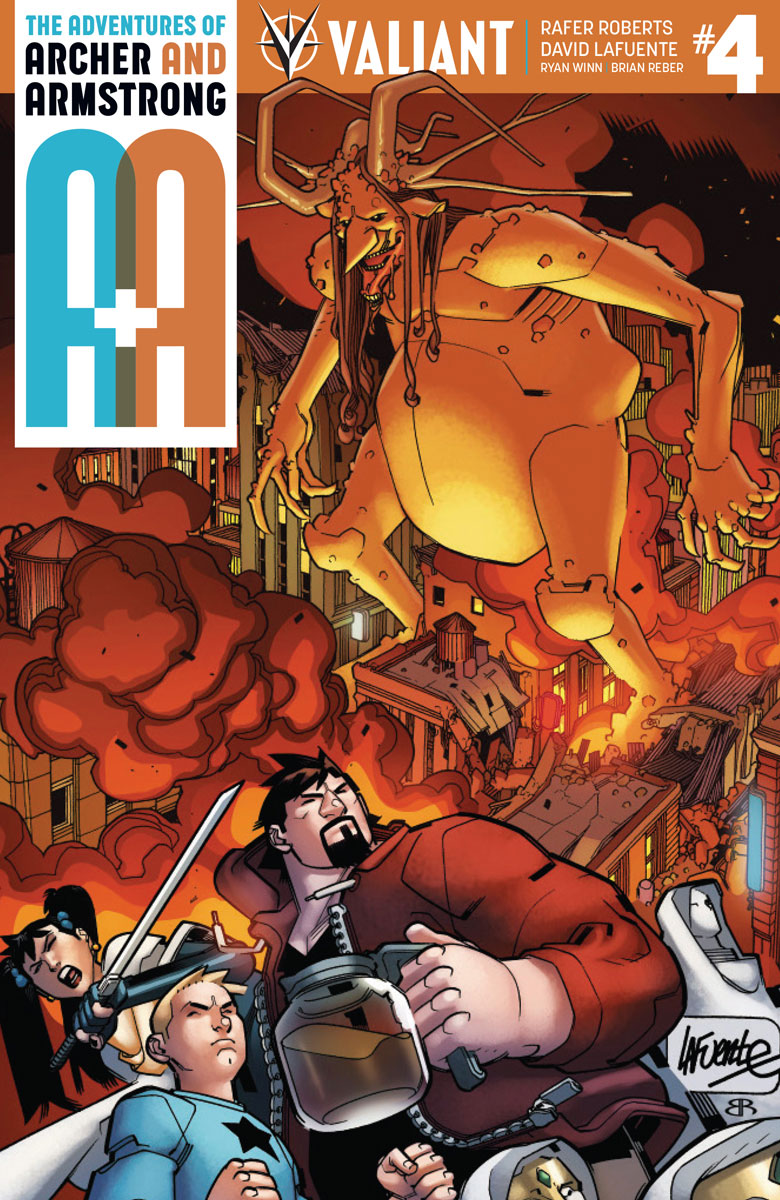 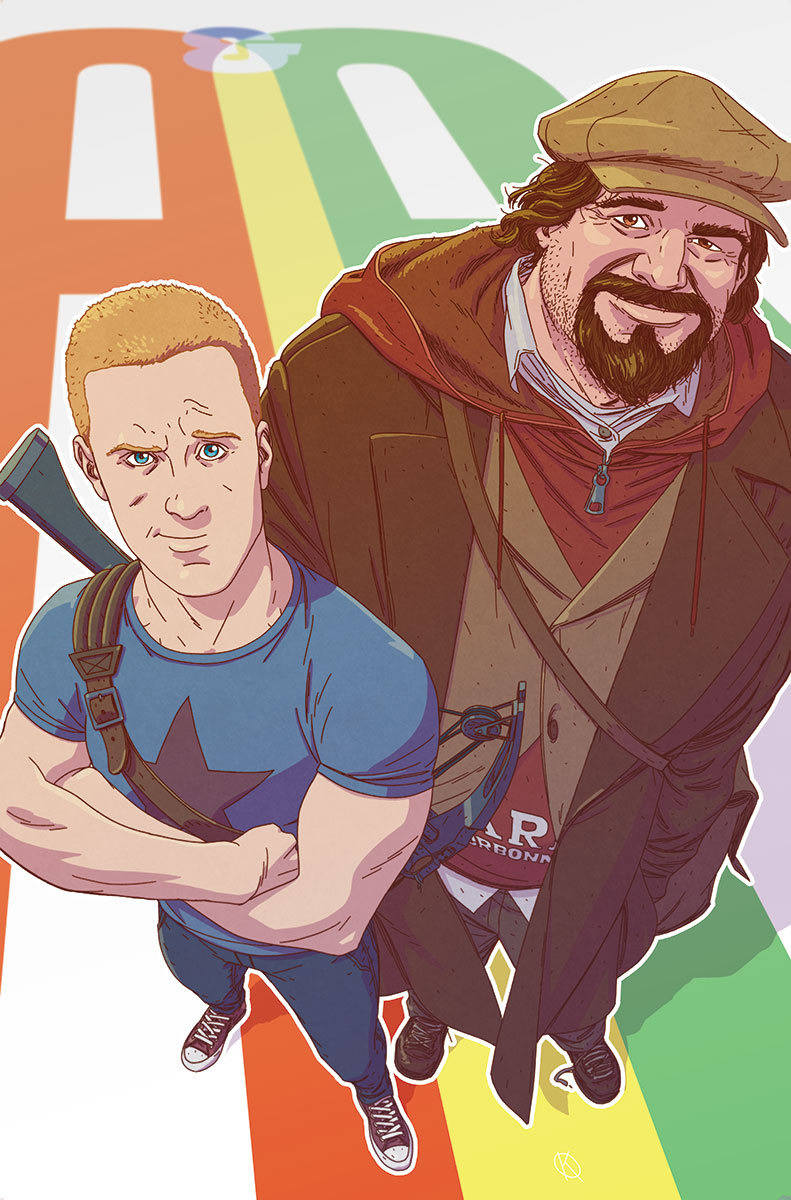 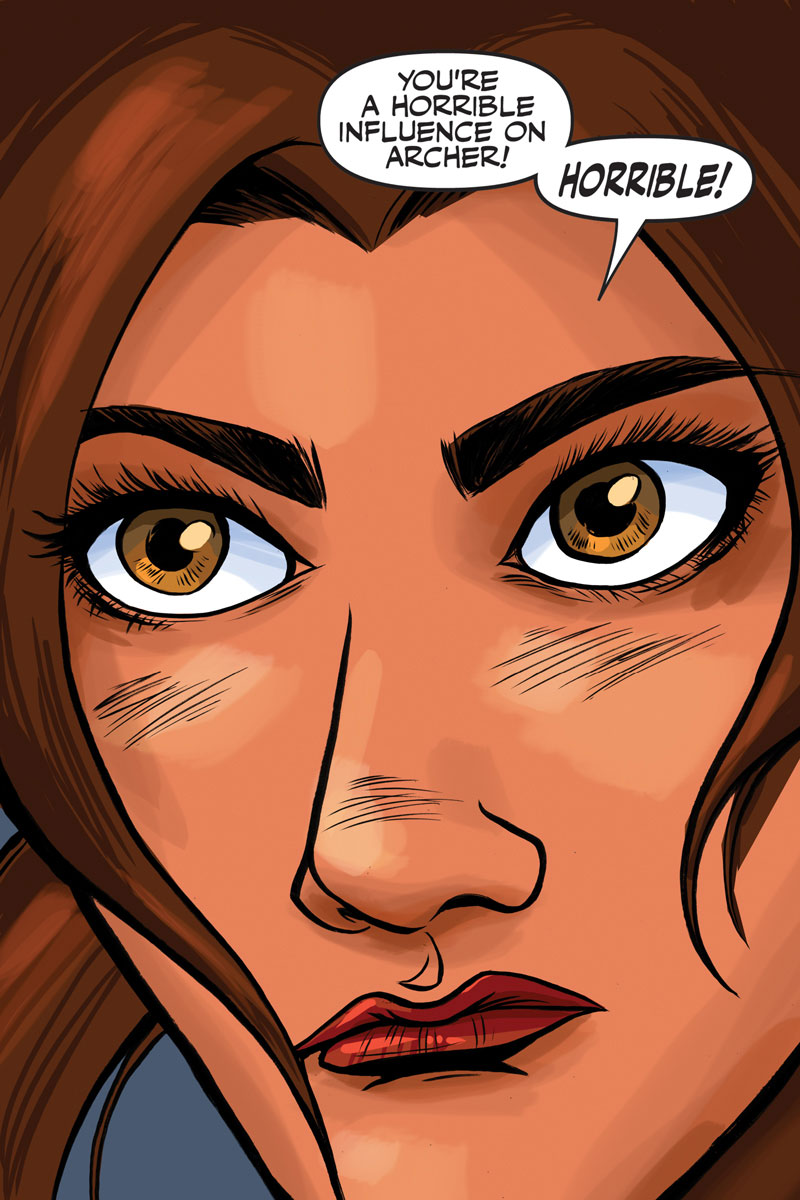 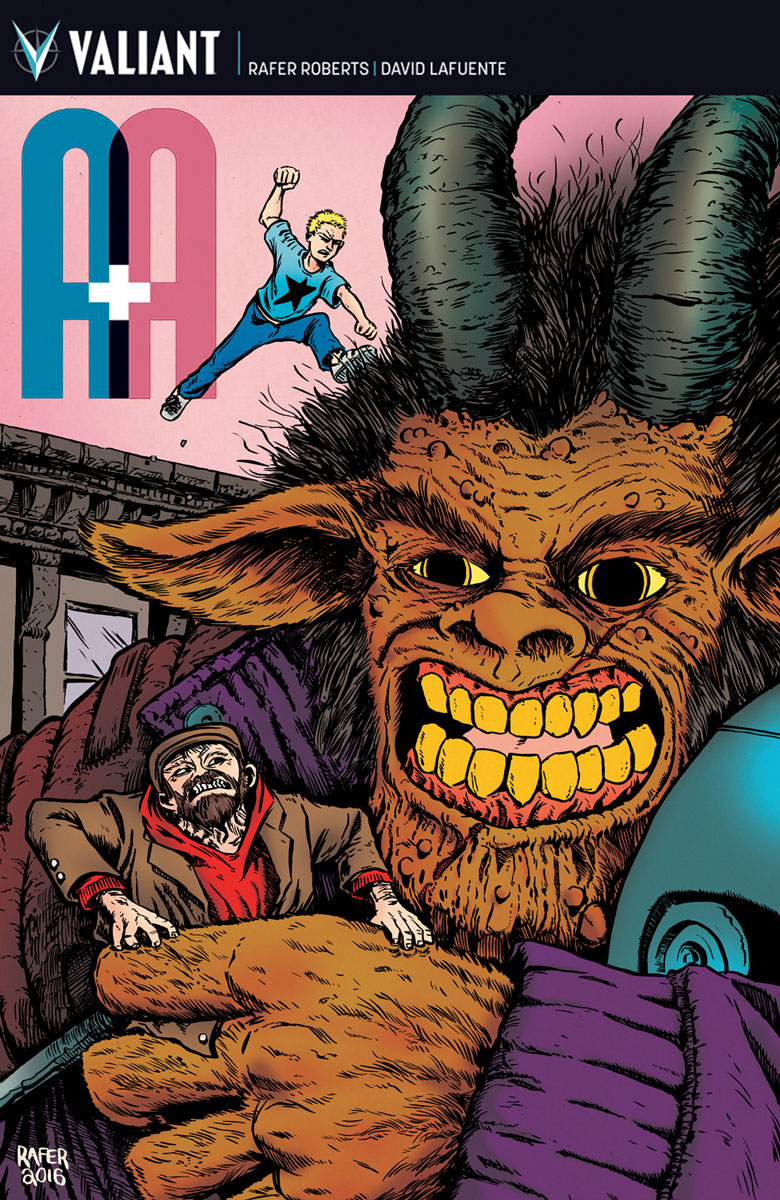 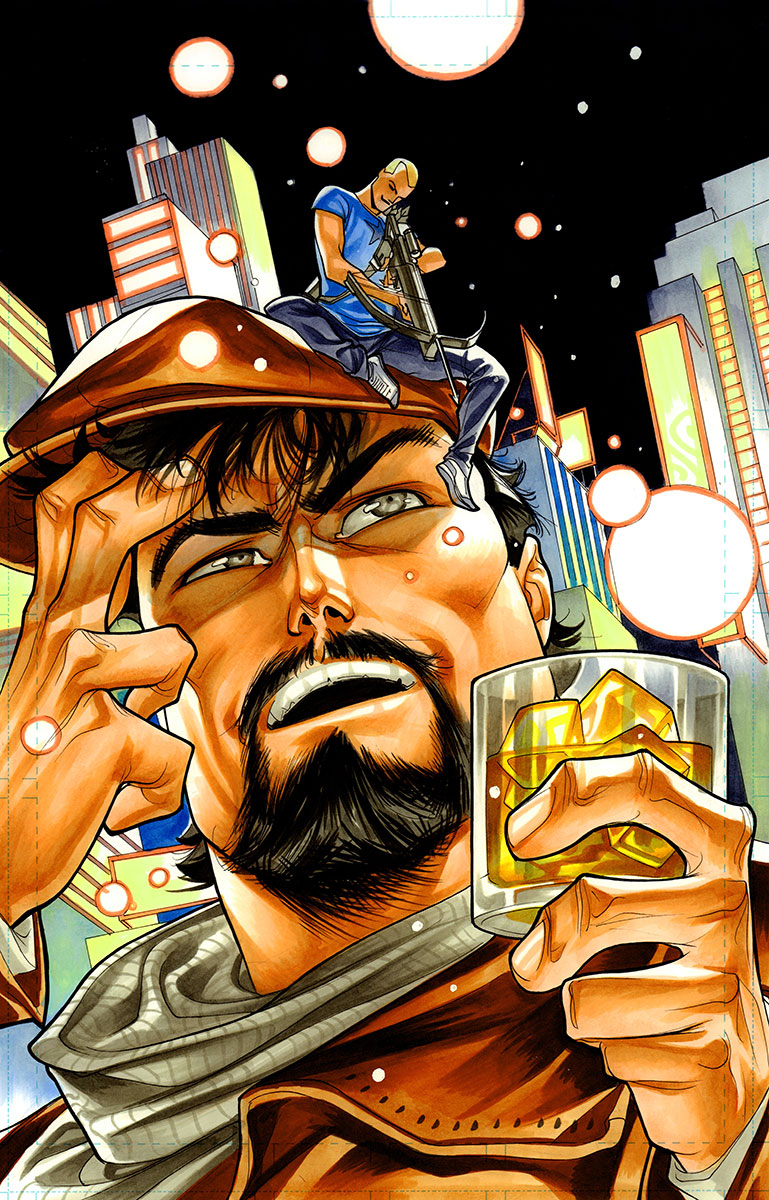 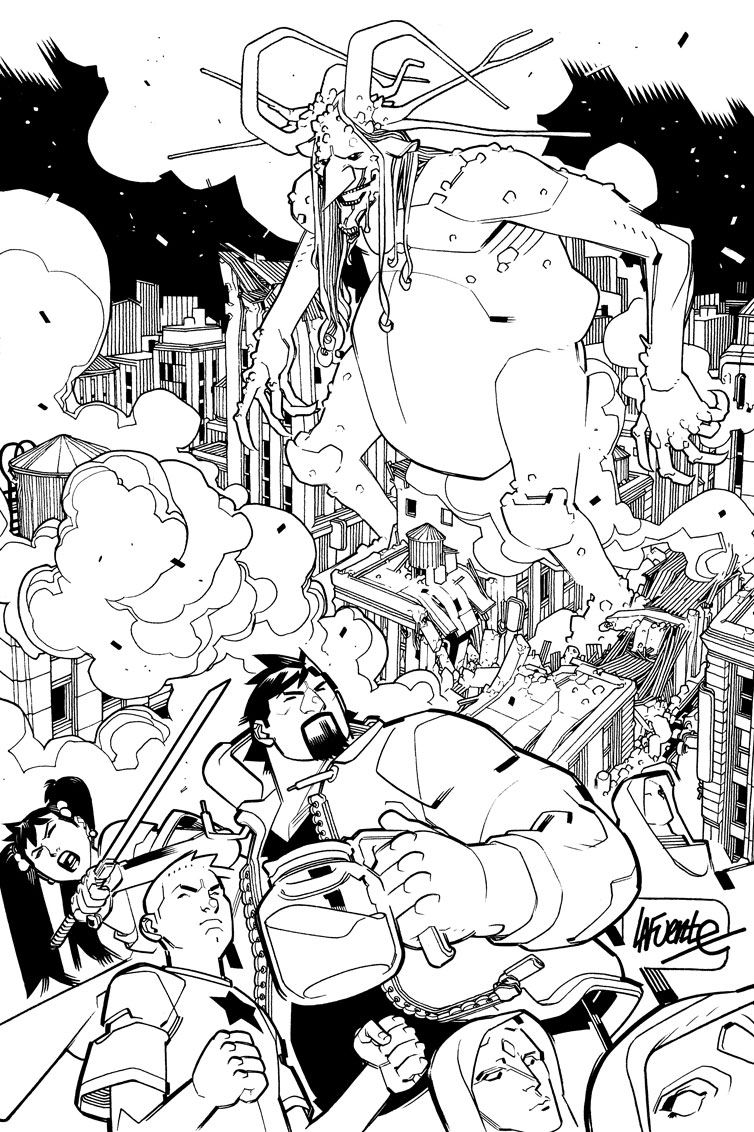 Archer and Armstrong – with the help of Mary-Maria and the Sisters of Perpetual Darkness – must stop Bacchus’ cavalcade of terror! Will our heroes be able to defeat this 40-foot foe before the party stops forever? Will Armstrong ever find that bottle of Lagavulin? Will we ever find out who or what Davey the Mackerel is?! The answers to two of these questions might possibly be found in this issue!

Be here as red-hot creators Rafer Roberts (Shutter) and David Lafuente (Ultimate Spider-Man) bring “IN THE BAG” to a close with a bang! Or a snap. However Armstrong’s satchel closes. 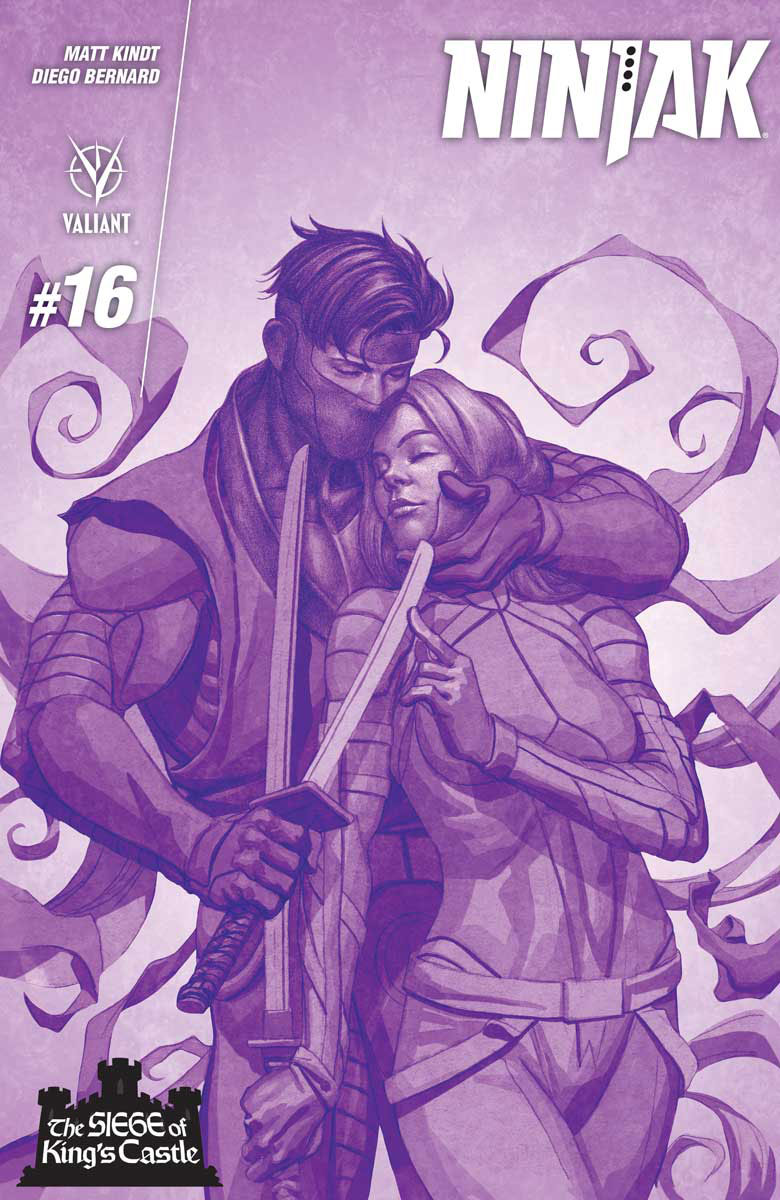 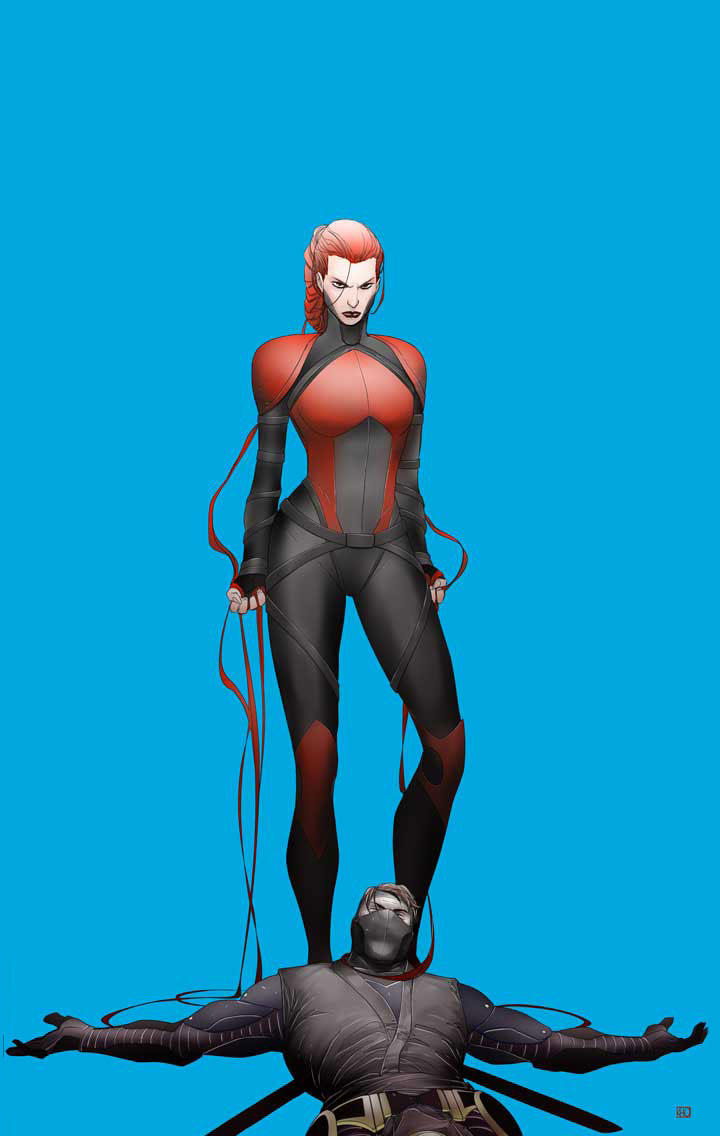 Cover B by Khoi Pham 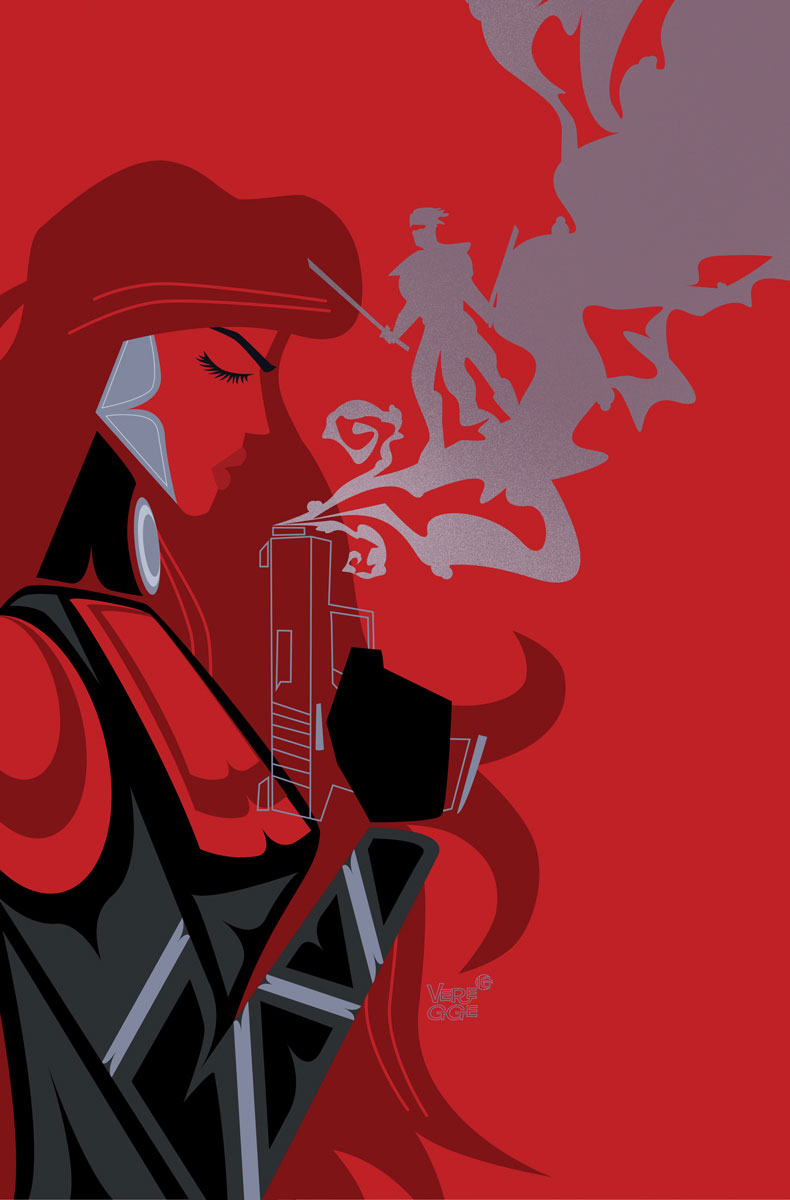 “THE SIEGE OF KING’S CASTLE” spirals out of control!

Roku continues to tear down Ninjak’s world brick by brick…and, now, the world’s most dangerous MI-6 operative has just found himself disavowed, out in the cold, and on the run. With no allies left to turn to, can Colin King get his bearings before Roku takes everything – including his life?

New York Times best-selling writer Matt Kindt (DIVINITY II) and rising star Diego Bernard (X-O MANOWAR) pull back the layers of Roku’s plan to destroy her bitterest enemy…and reveal a shocking secret at the heart of Ninjak’s identity here as the walls fall around “THE SIEGE OF KING’S CASTLE”! 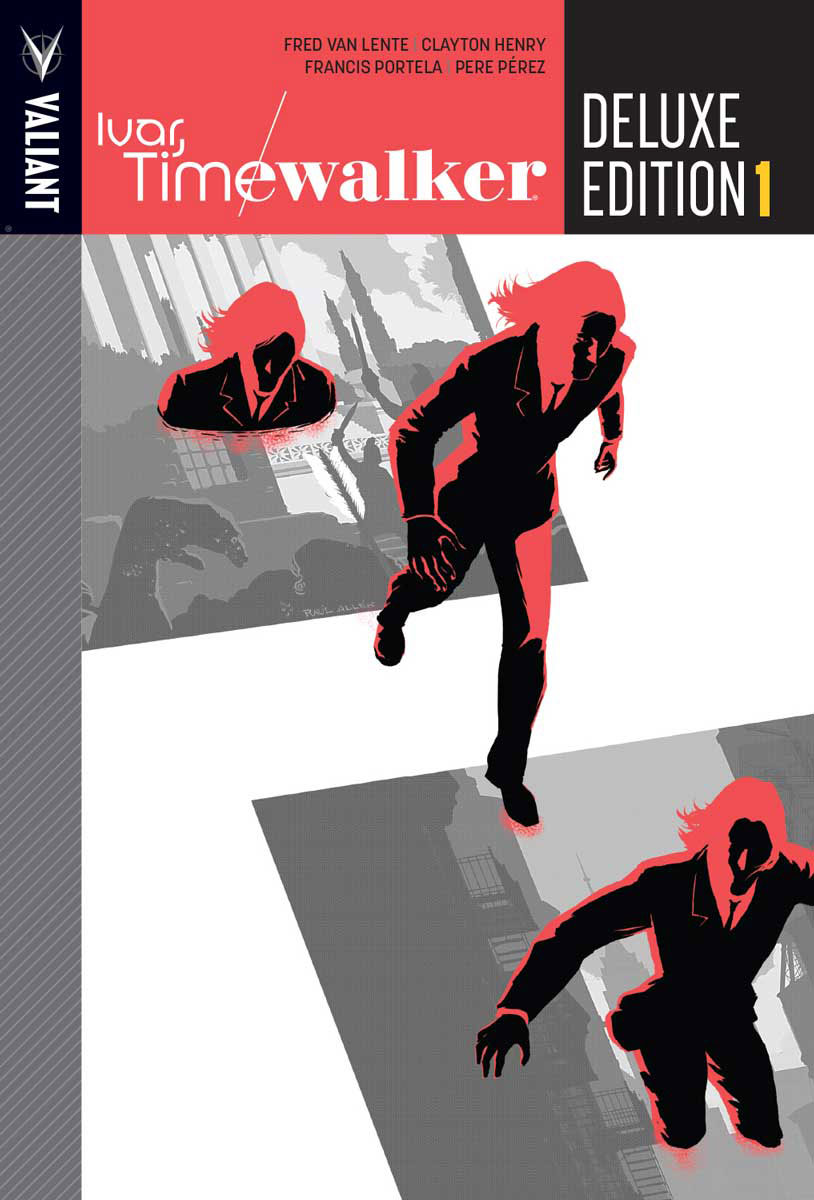 From the award-winning team that brought you ARCHER & ARMSTRONG comes a centuries-spanning race against the clock! Join New York Times best-selling writer Fred Van Lente and acclaimed artists Clayton Henry, Francis Portela, and Pere Pérez and to find out why Wired says “this long-overdue series is Ivar’s time to shine…”

At this very moment in Geneva, Switzerland, history is being made. A thousand meters underground inside the Large Hadron Collider, researcher Neela Sethi is about to discover time travel – and jeopardize her life in the process. But she doesn’t know that yet. Ten minutes from now, every deadbeat chrononaut, wannabe conqueror, and misguided protector of the timestream will be banging down her door. Good thing that the legendary Ivar, Timewalker, got there first…right? Now it’s down to history’s most jaded, most tempestuous time traveler to stop the worst of everything that is, was, and will be…before time runs out! 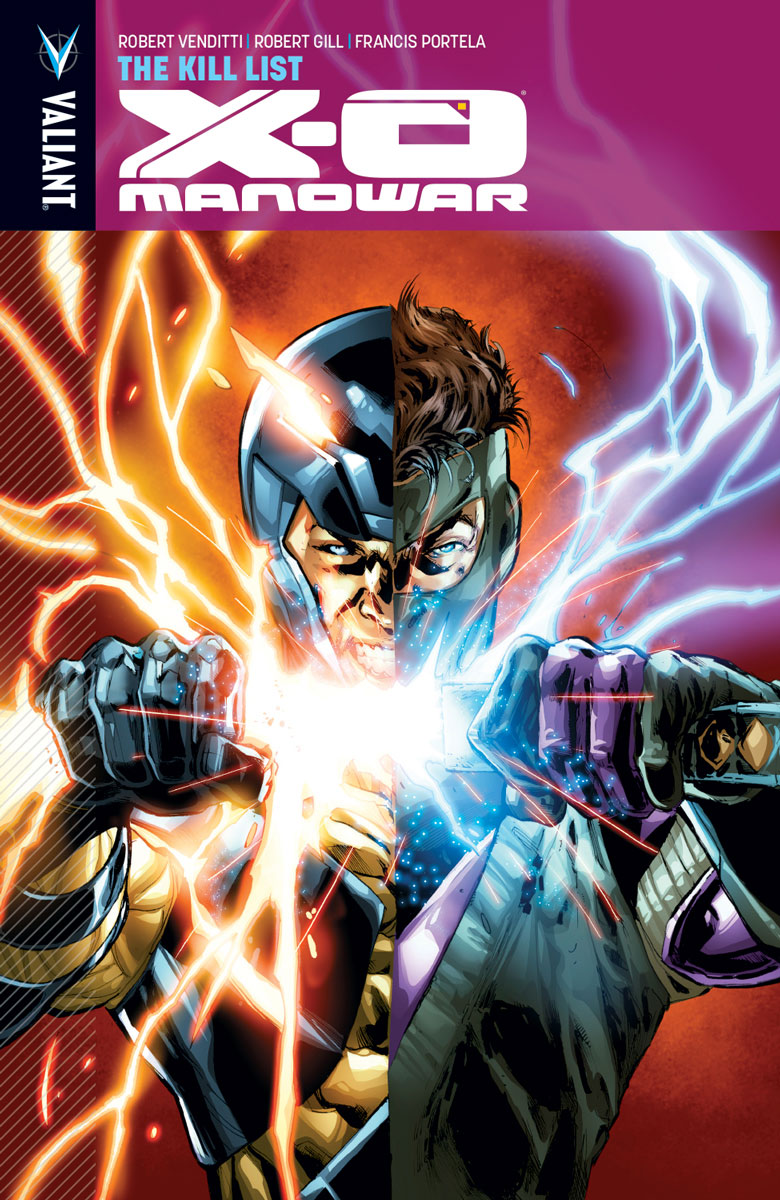 With two kingdoms now under his command, Aric of Dacia has pledged loyalty to his adopted nation – the United States of America – and now America has given him a new mission: destroy the Vine’s network of humanoid alien agents, once and for all. To do it, he’ll have to turn to the one man among us he can trust…his own former enemy, the deadly MI-6 operative called Ninjak! 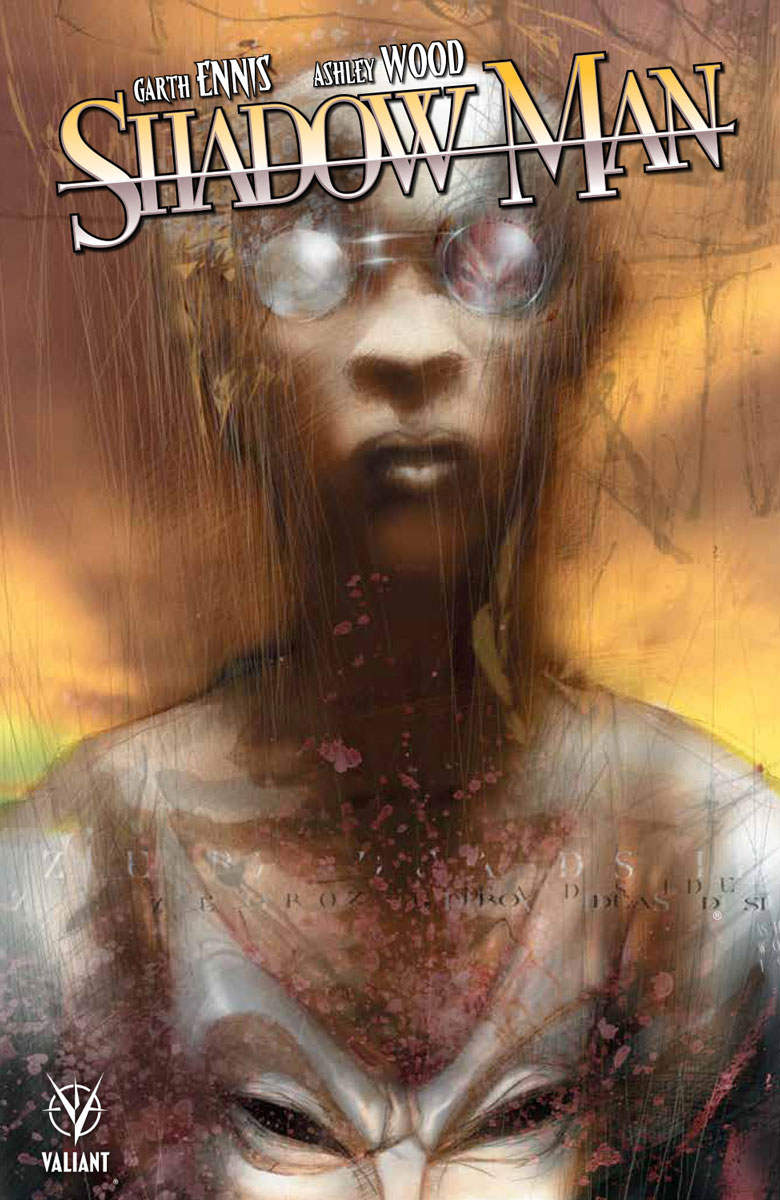 Jack Boniface died last night. The ruthless Tommy Lee Bones and his band of outlaw escapees from the Deadside have come to pass sentence on the citizens of New Orleans one miserable soul at a time…and they’ve started with the Shadowman! Now, New Orleans needs a new protector, someone with the quick eye, steady hands, and steely nerve needed to kill the dead again. But when the voodoo powers that guide the Shadowman turn to a stone-cold killer with a mysterious past known only as Zero to take up the mask, things will turn out deadlier than anyone could possibly have imagined…

Collecting SHADOWMAN (1997) #1–4, along with SHADOWMAN PRESENTS: DEADSIDE #1–3 and featuring never before seen sketches, designs and process art straight out of the Valiant vaults!