Magnus, Turok, Solar, and Samson begin a new adventure together as they are drawn together by a force that threatens to tear apart every possible world in the multiverse. How does it fare?

[easyazon_link identifier=”B01D1Q9EQA” locale=”US” tag=”bounintocomi-20″]Gold Key Alliance #1[/easyazon_link] introduces each of the main characters, Magnus, Turok, Solar, and Samson, individually. In fact, the characters are not found on the same page at all and their only reference to each other is found on the last page of the comic.

With this in mind, writer Phil Hester struggles to create a clear-cut story that will unite these characters. In fact, this first issue is more a primer on the four characters rather than the beginnings of a team-up to save the multiverse. Hester begins with an introduction of Samson, although new readers who aren’t familiar with the character will struggle to identify who he is and Hester only makes the connection on the last page. Samson’s introduction is also very confusing. The panels jump back and forth between current city surroundings, dystopian futures with weird mud-like creatures, a futuristic world with robot cops, and even one with a giant insect creature threatening to eat Samson. It’s all quite confusing to take in. Hester seems to be self-aware of this fact and even includes a line of dialogue acknowledging it, “Hey, you want to explain this?”

After introducing Samson, Hester moves on and introduces Turok, Magnus, and Solar. They each get their own small introduction, displaying who these characters are and what some of their abilities are. Hester also scripts in their motivations for doing what they do, whether it is protecting a herd of dinosaurs, working for secretive government agencies, or working to provide irrigation to villages in Africa. Not only does Hester do a good job of characterizing the heroes, he successfully makes the villain a foe to be reckoned with in a few short panels.

The individual stories work well separately. Unfortunately, Hester doesn’t tie them together at all and makes the story feel very disconnected. 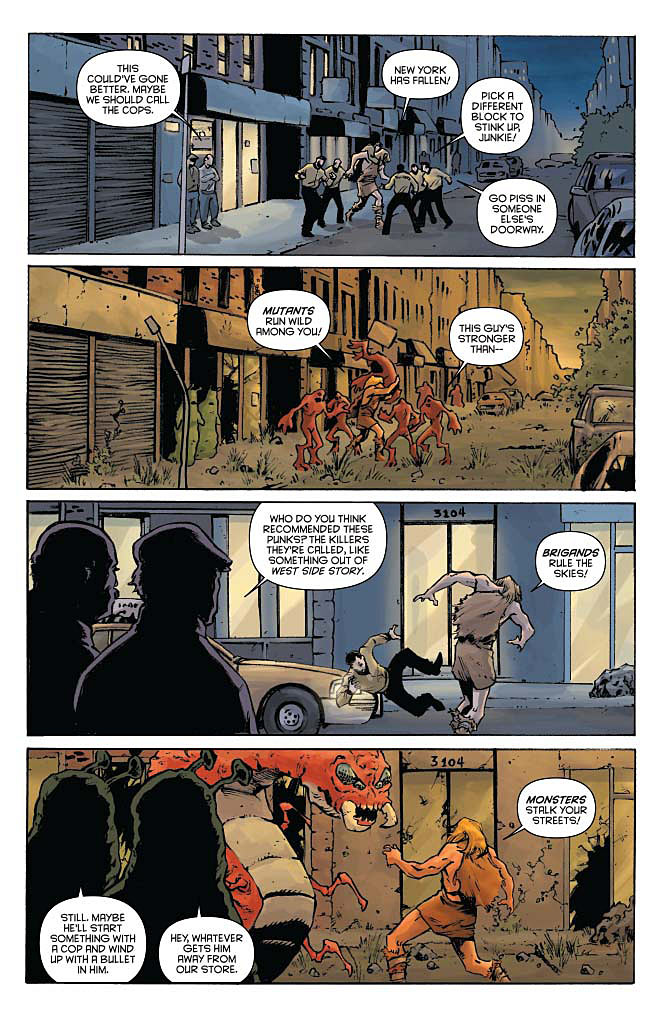 Brent Peeples’ artwork is solid. I liked all of the different worlds he showed us. He makes them different from each other, but also familiar. For example, Samson is surrounded by a group of thugs in one panel and then in the subsequent panel those thugs have morphed into mud creatures inhabiting a mutated dystopian Earth. While the exact Earth may change, what is happening on that Earth remains the same.

Peeples also diversifies his action scenes between characters. In the Turok scene, the actual action happens off panel. We only see the beginning and the end of the actual action. We don’t actually see Turok fire his bow or see the arrow fly through the air. Instead, it has already hit its target. In the Magnus scene, we get close-up, blow-by-blow action as Magnus grapples and then throws punches at his foe. We are thrust into the middle of the action. It keeps the pace of these separate stories exciting and the visuals interesting.

Morgan Hickman uses a similar technique to give each of the stories their own separate tone. Turok’s adventure takes place during the night and Hickman uses a number of dark blues to capture Turok’s seriousness. In contrast, the Magnus scene uses a lot of white space and bright colors. He also uses varying colors in the background of the panels to highlight characters’ emotional states. He uses a red, orange, and yellow mix to call to mind heightened senses or a greenish white mix to highlight Magnus’ lighthearted humor. 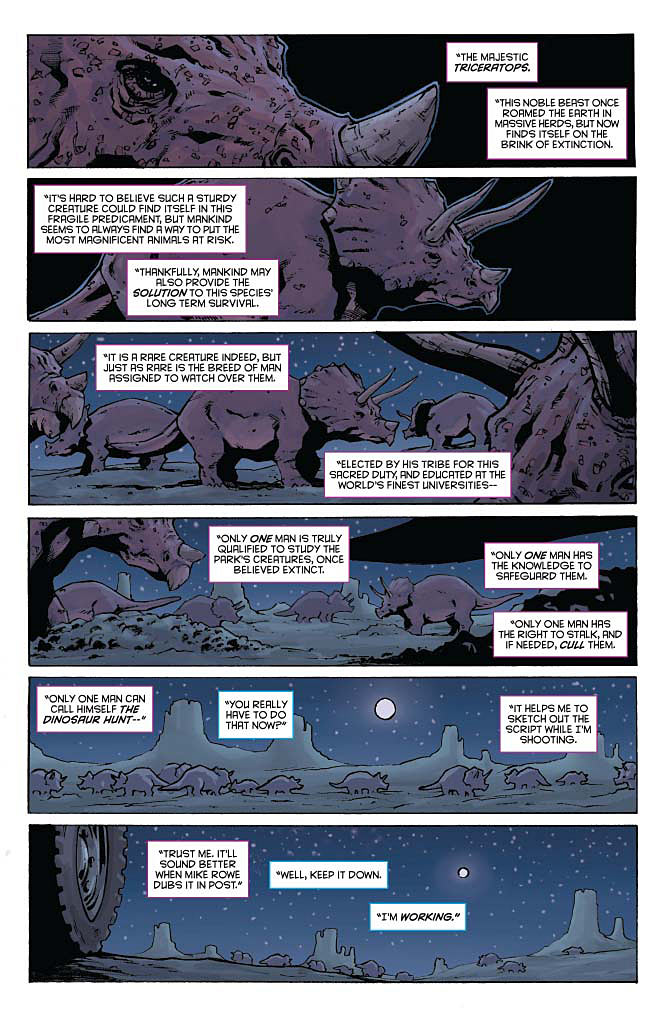 [easyazon_link identifier=”B01D1Q9EQA” locale=”US” tag=”bounintocomi-20″]Gold Key Alliance #1[/easyazon_link] fails to deliver a compelling, connected story. Instead, it delivers four different and separate stories focused on each of the characters. By doing this, Hester highlights who these characters are and what they are capable of doing. However, he sacrifices an overarching story in doing so. The actual dialogue is solid and at time self-aware. There is humor as well as seriousness. The artwork is solid. It’s nothing amazing, but Peeples does do a good job of keeping the art diversified, especially during action sequences between the different characters. If you are looking to get introduced to these characters this book is worth picking up; however, if you are looking for something more, you should probably skip this one.