Last issue’s action (re)introduced us to the dashing frontier hero Saber Rider and his boss, Chief Weapons Designer April Eagle, as they team up with mercenary Colt to stop a train robbery. That revealed a much deeper, much worse terrorist conspiracy led by a Cavalry Command turncoat. Now, the hunt for the traitorous Jesse Blue and the evil Outriders takes the fledgling team to the racetrack where speed record-breaker Fireball Hikari is holding court. With the core foursome convened at last, the race is on to find out what the Outriders are up to before it’s too late. 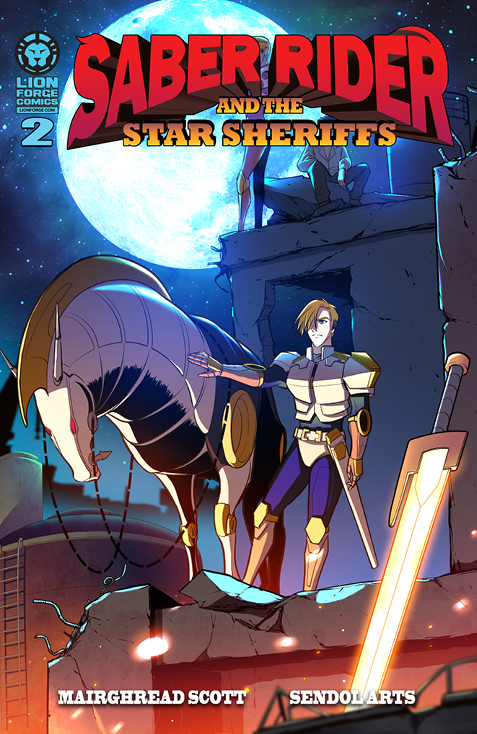 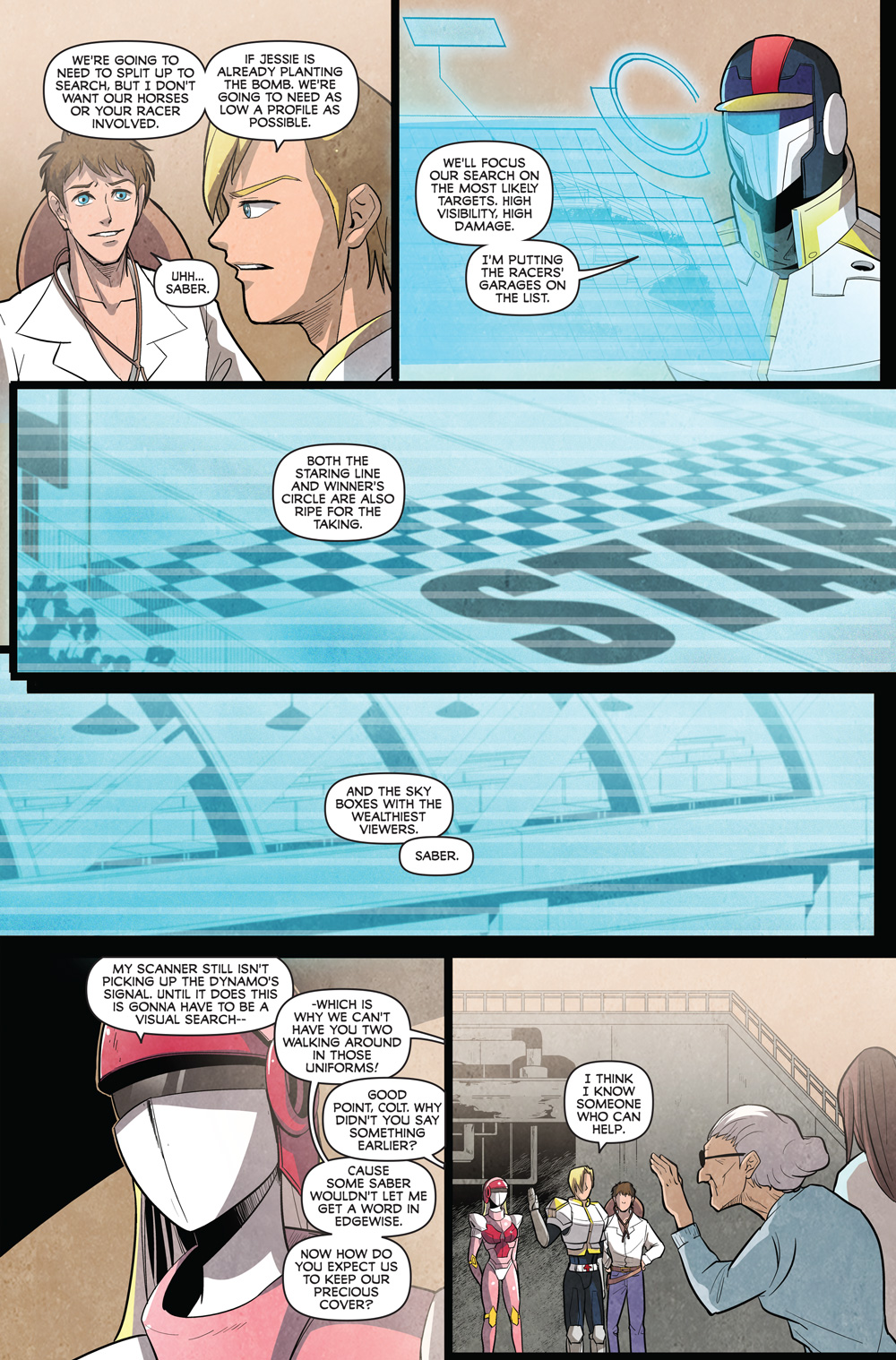 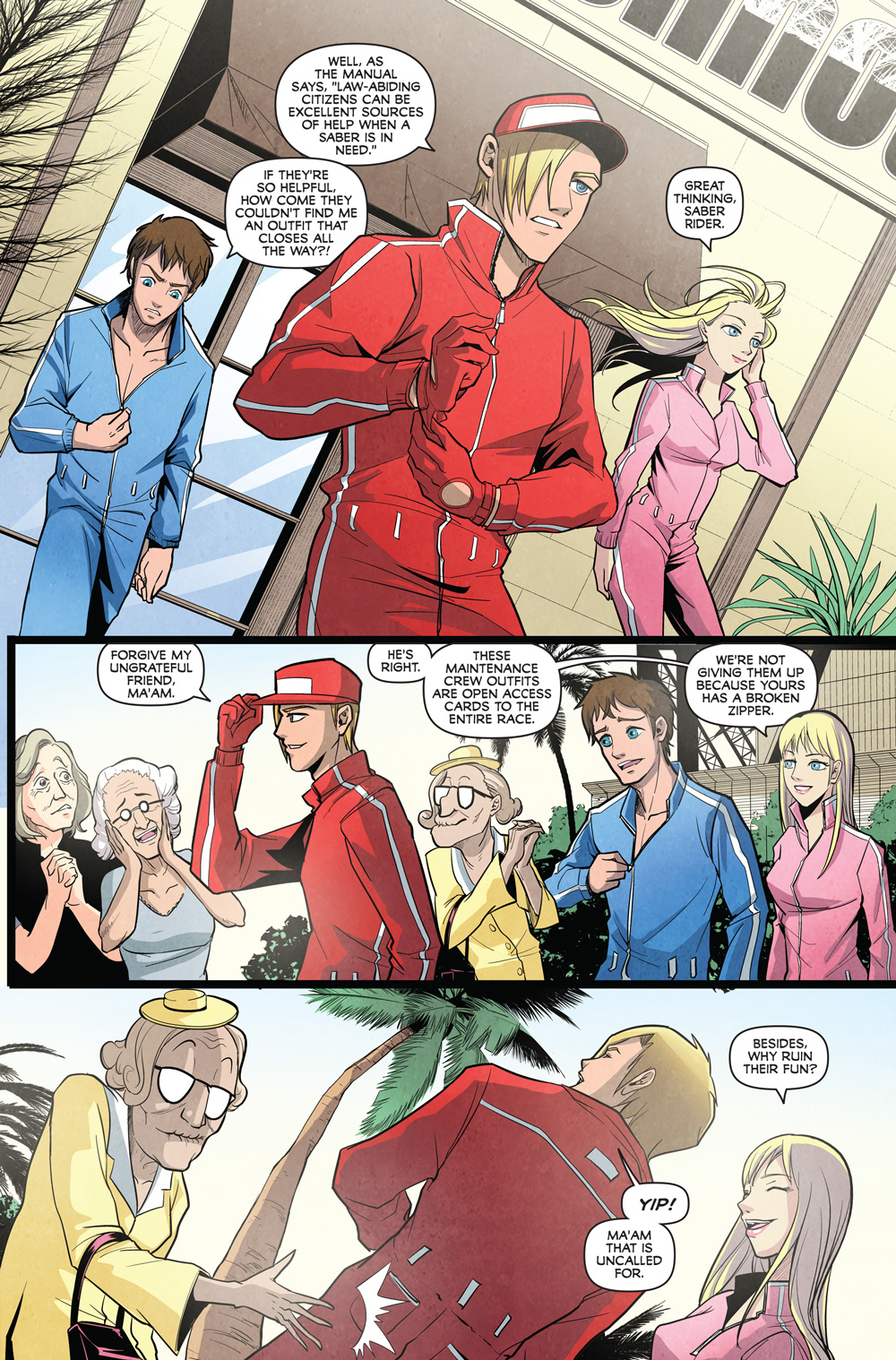 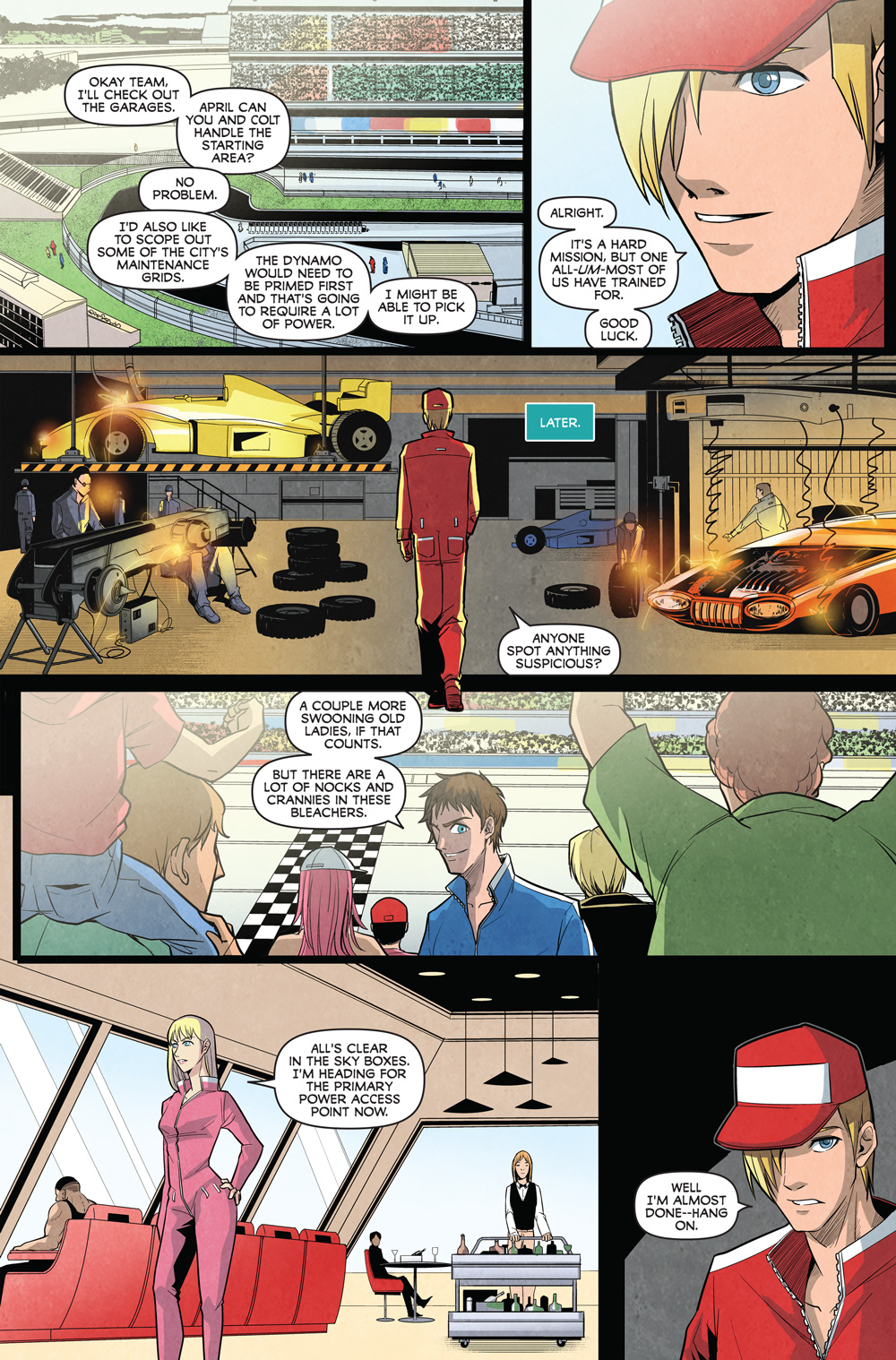 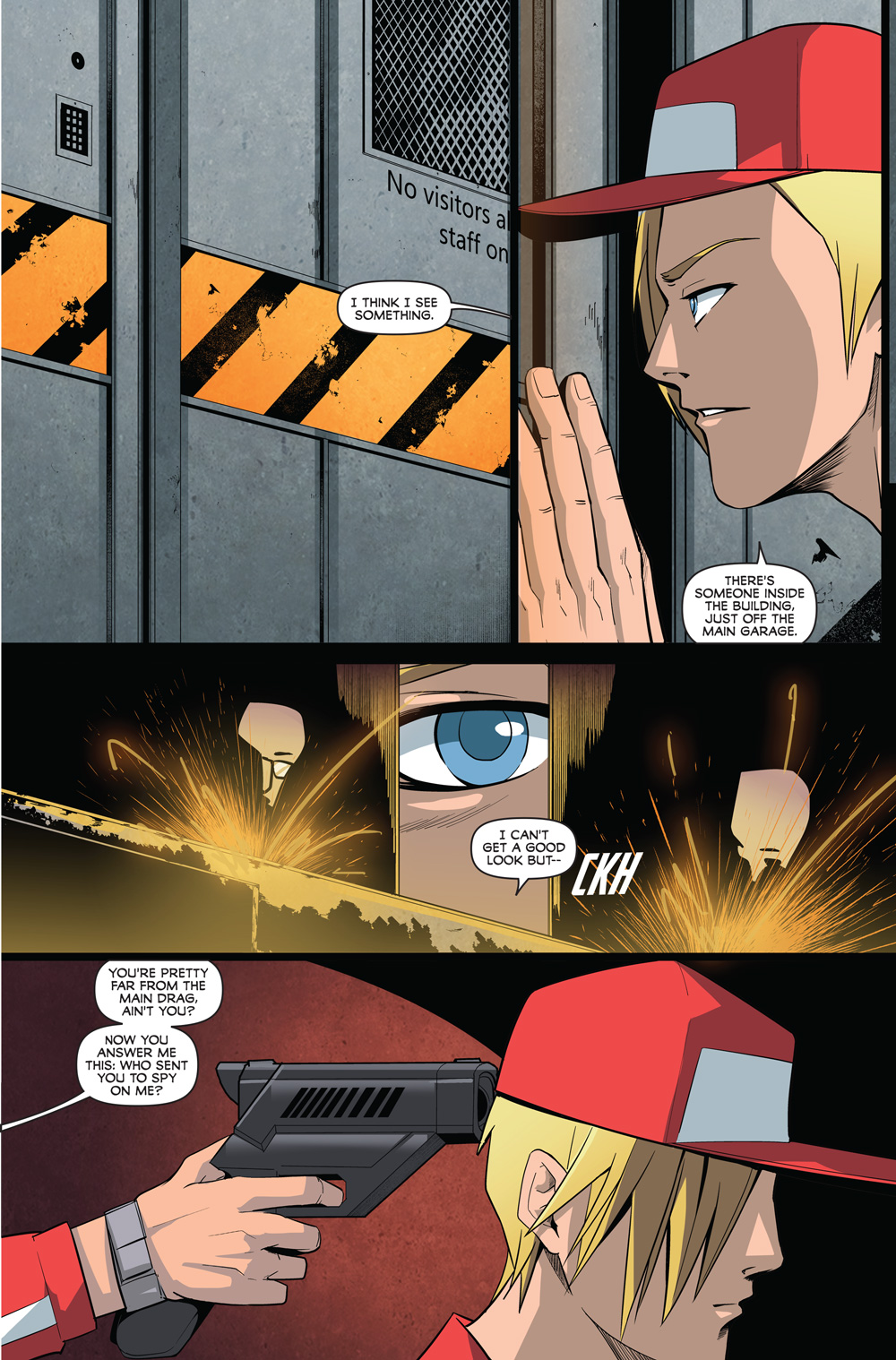 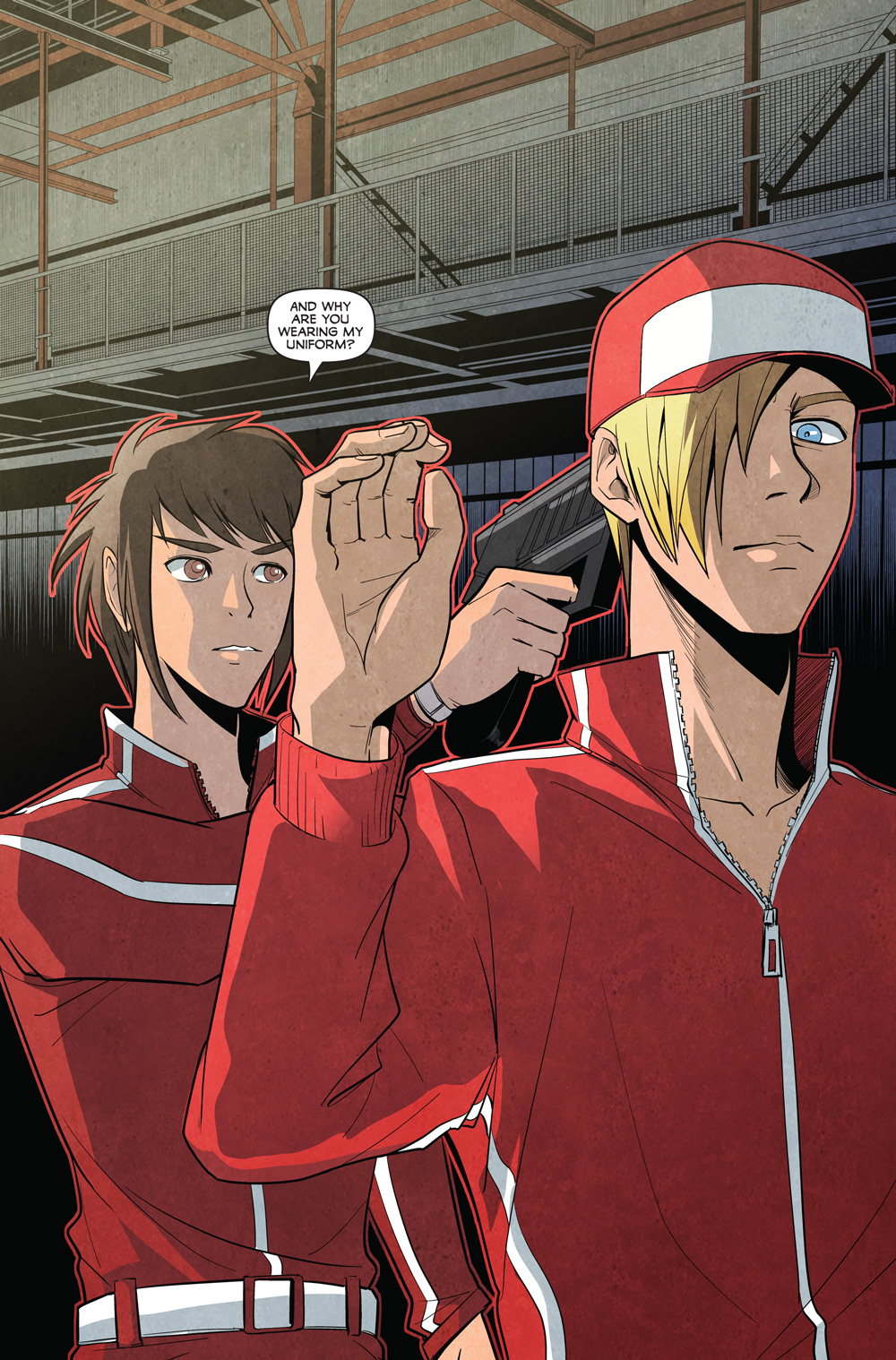