After a very long hiatus, Scarlet Rue is back in business. Brian Michael Bendis and Alex Maleev’s Scarlet returns this May.

Scarlet Rue is back and she is ready to rebel against a corrupt society once more. She’s ready to take her one-woman American Revolution to the next level and put a stop to the corruption that’s strangling her city. She will make her boldest move yet by taking City Hall hostage. With the whole country watching how will the public react to her demands?

“Every day fans have asked us for SCARLET’s return and I wanted to make sure we had the rest of this chapter done and ready to go,” says series writer Brian Michael Bendis. “So not only is issue #8 headed your way but issues #9 and #10 are also done, fully painted, and following in a bi-weekly shipping schedule.”

Scarlet #8 hits comics shops on May 4th with the final order cutoff date of April 11th. Scarlet #9 will come out just two weeks later on May 18th followed by Scarlet #10 on June 15th.

Get your first look at what is to come in May: 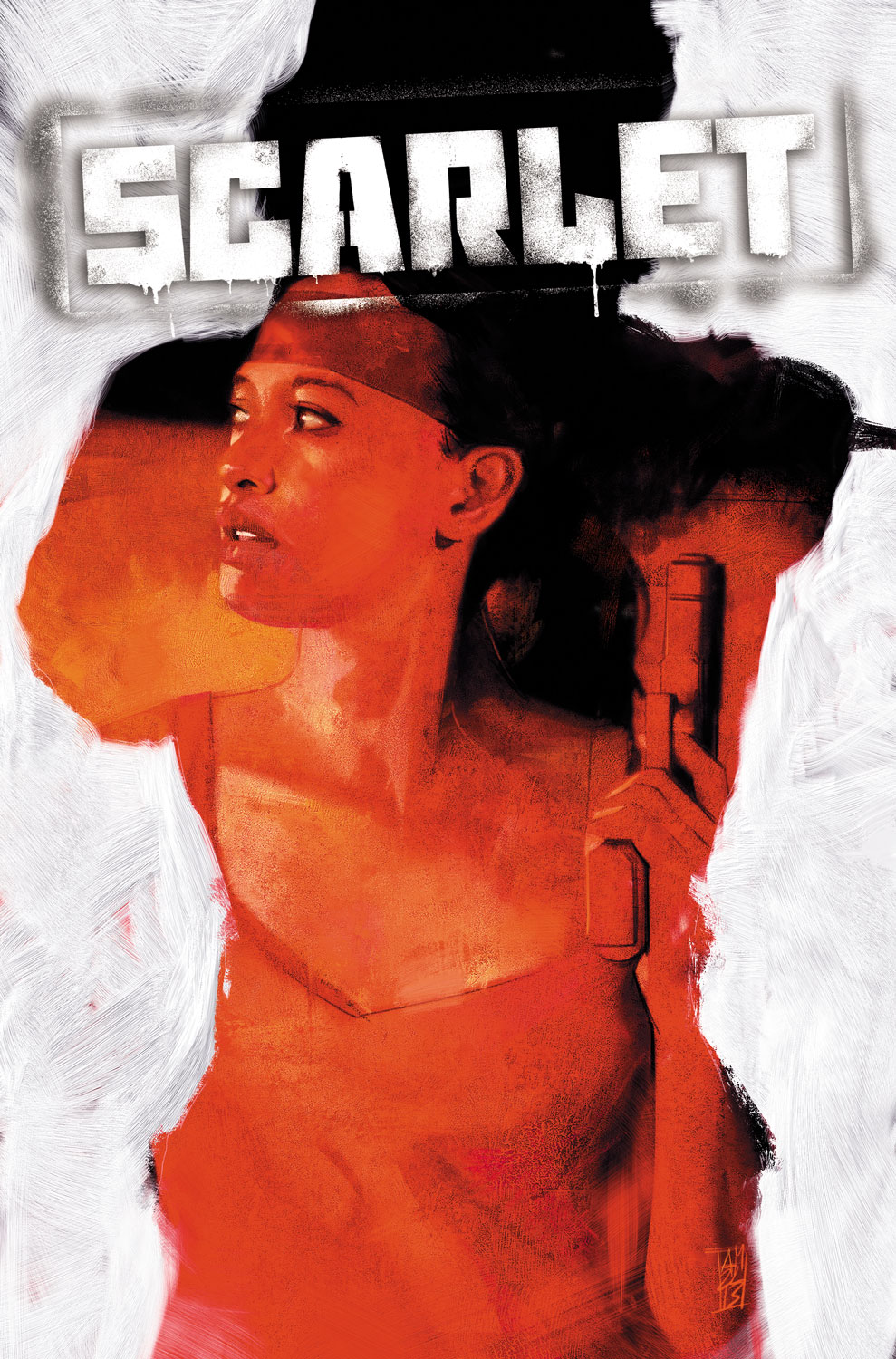 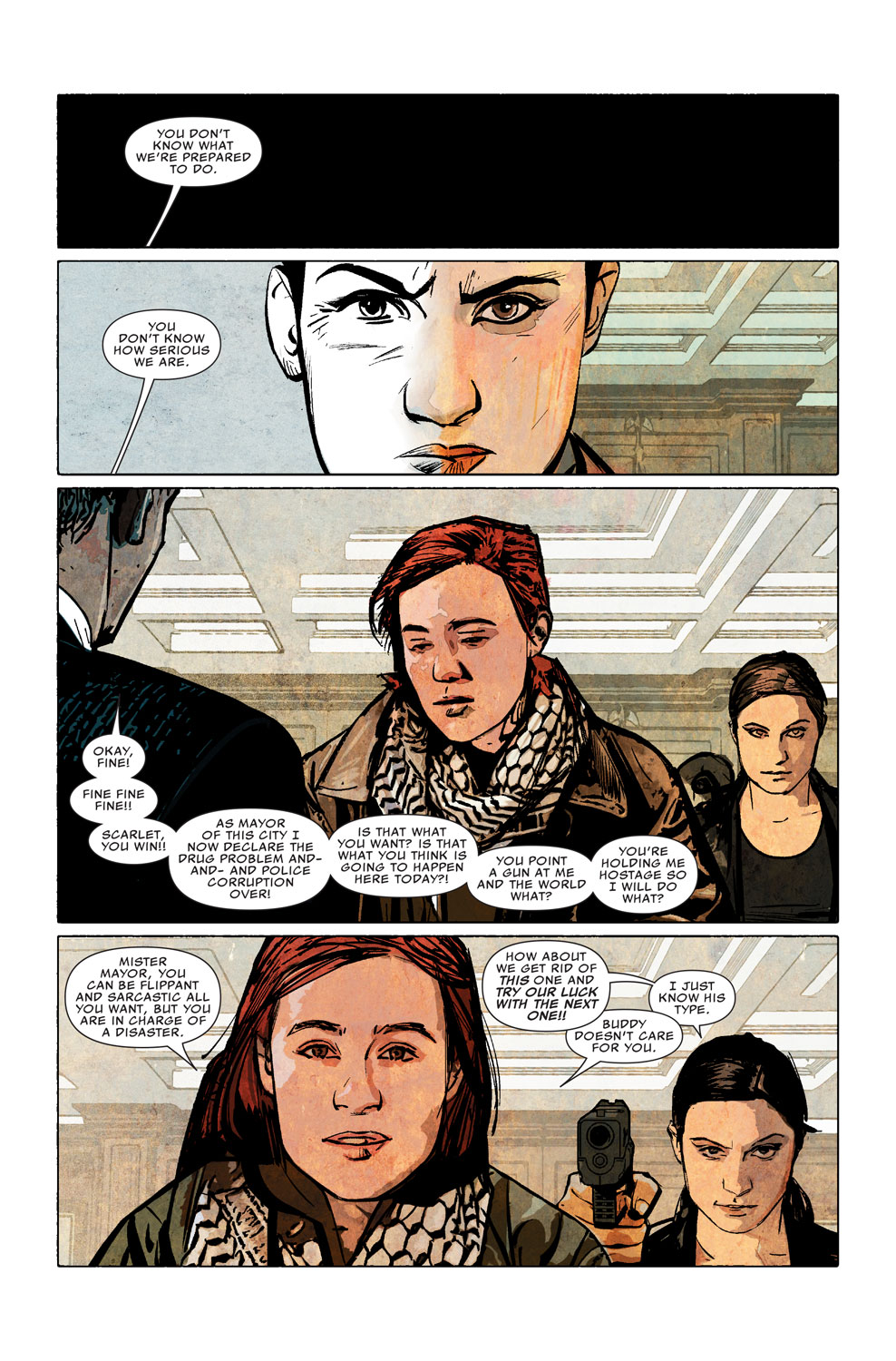 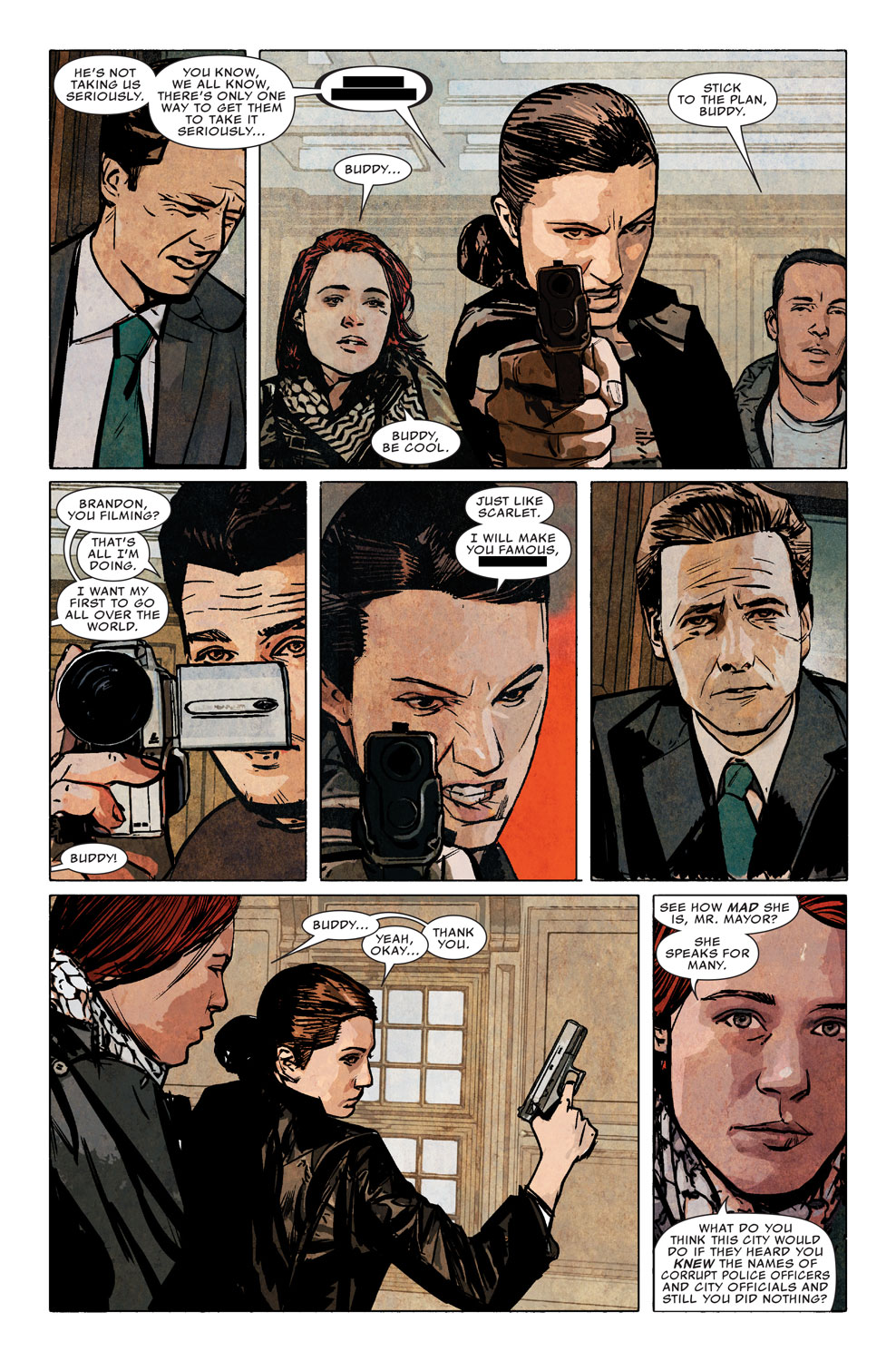 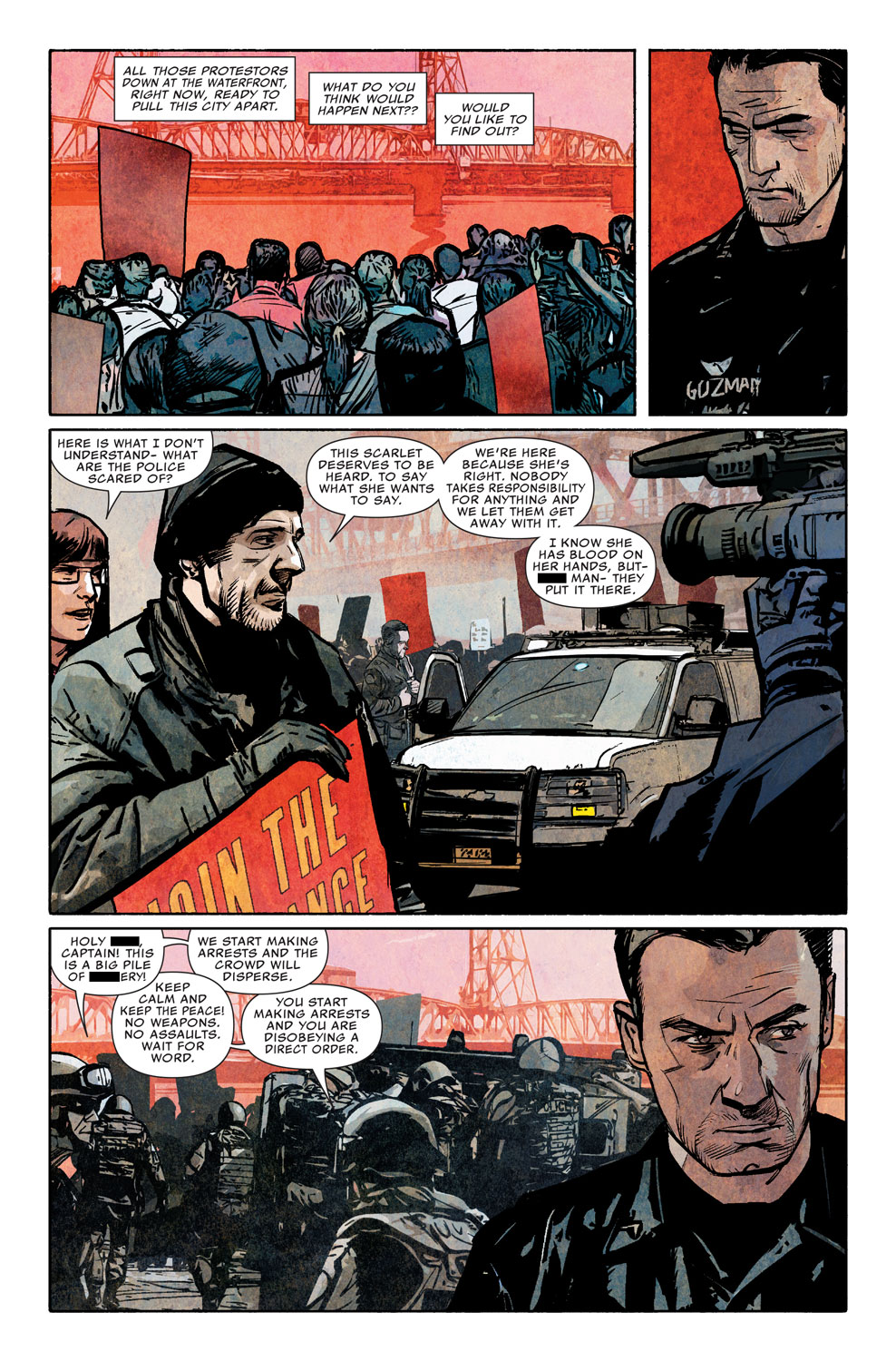 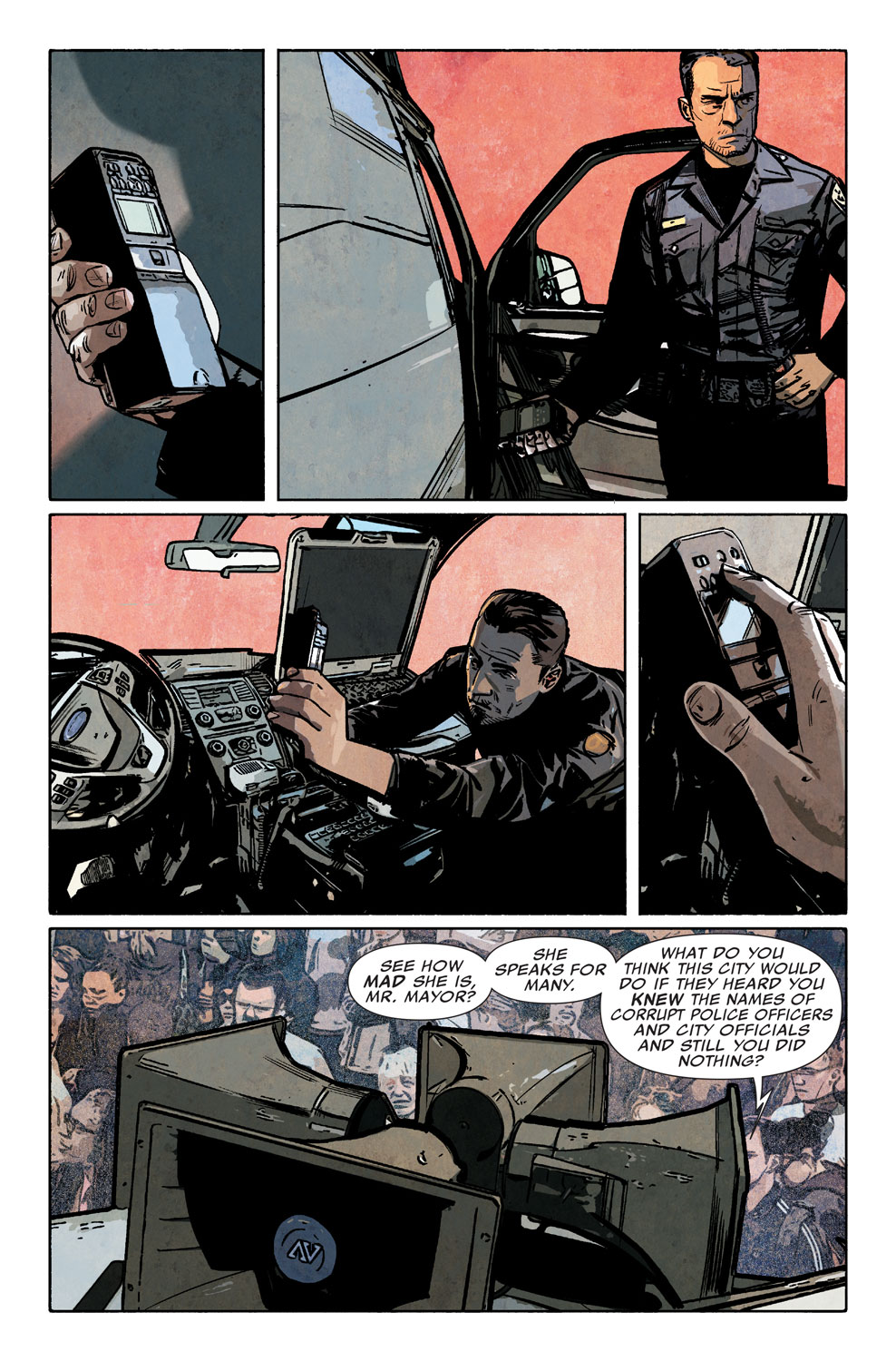 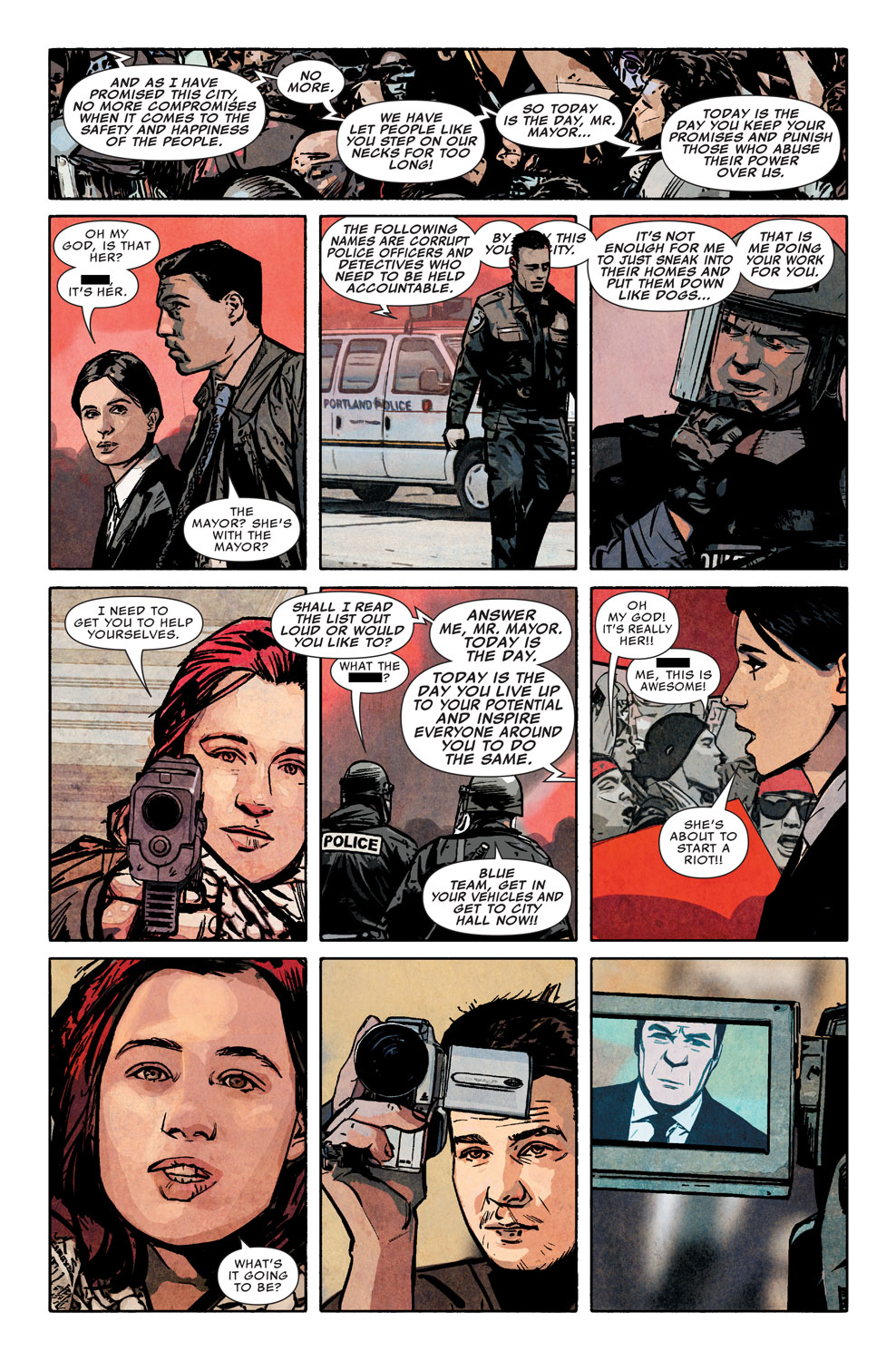