A new villain has come into town with the power to completely steal his victim’s life force. Harry Dresden and his apprentice, Molly Carpenter, investigate the crimes in Chicago, a powder keg for supernatural activity that is just waiting to explode. How does it fare?

[easyazon_link identifier=”B01E7OJ7FI” locale=”US” tag=”bounintocomi-20″]Jim Butcher’s The Dresden Files: Wild Card #1[/easyazon_link] feels like your typical police procedural, specifically Criminal Minds. The story begins by depicting a heinous and terrible crime. It then switches gears and tells the story from the investigators’ point of view, in this case Harry Dresden and Molly Carpenter. The story has so much in common with a police procedural there is even a medical examiner’s scene. As with Criminal Minds, it shows further acts of violence as the story progresses. What differentiates Wild Card #1 is this isn’t a typical criminal; no, this is a supernatural killer.

Writers Jim Butcher and Mark Powers primarily drive the story through dialogue and the use of Carlos Gomez’s artwork. However, they do incorporate an internal monologue for Harry Dresden which allows us as readers to further connect with the character as well as a method to easily provide exposition. They do this extremely effectively to detail Molly’s abilities.

The book is well paced and well balanced. It gives us hard hitting supernatural investigative work in addition to taking time to provide levity, allowing us to delve into the relationships the characters have with each other. It even has deeper moments where characters self-reflect to discuss moral dilemmas. 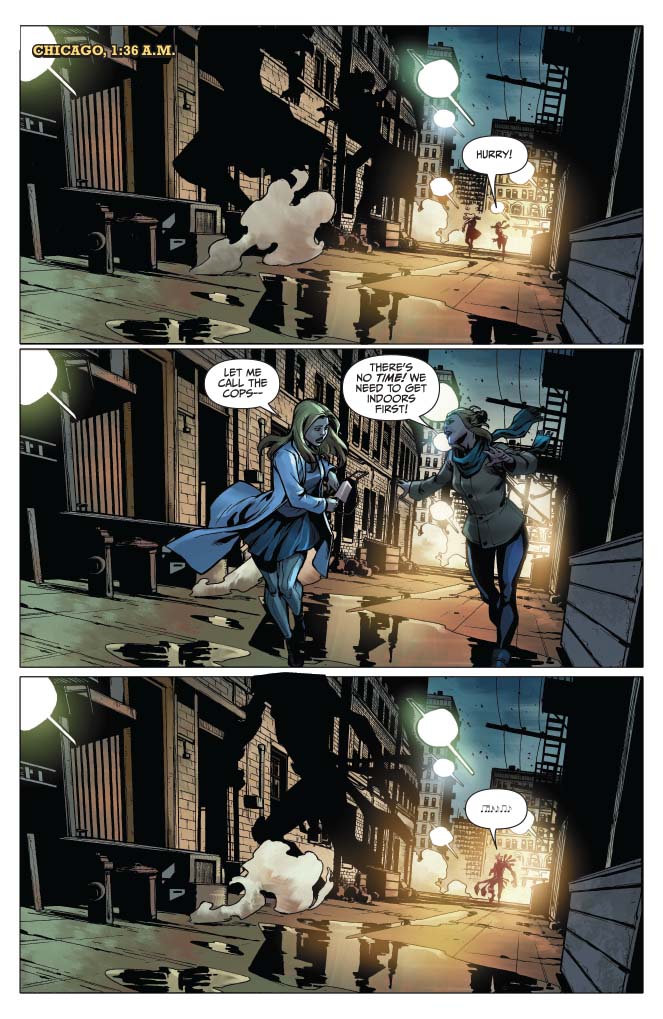 There are some points that are a little hard to swallow. Butcher and Powers will make a dick joke in the middle of a heated action sequence. While it might put a smile on some of your faces, it is out of place with the actual story and doesn’t feel necessary at all. It actually reduces the danger they are in. I mean who has time to make a dick joke when a giant creature is chasing you!

The artwork by Carlos Gomez is serviceable. It has a lot of cartoonish aspects where everything feels smooth. There are no rough edges here. Probably the biggest problem is the depiction of the villain. In the first scene he definitely has a distinctive look, but in a secondary scene later on in the issue it is quite difficult to tell whether or not it is the same villain. There are certain aspects that are similar, but many that are different; he has a completely different look and even demeanor.

Aside from the villain, there is also a chase sequence towards the end of the issue where Gomez decides to make the taillights of the car bleed off the car like it’s exhaust smoke. It’s an odd way to depict motion and actually becomes rather distracting. He also fails to add details such as a license plate number on the car let alone even a license plate altogether. 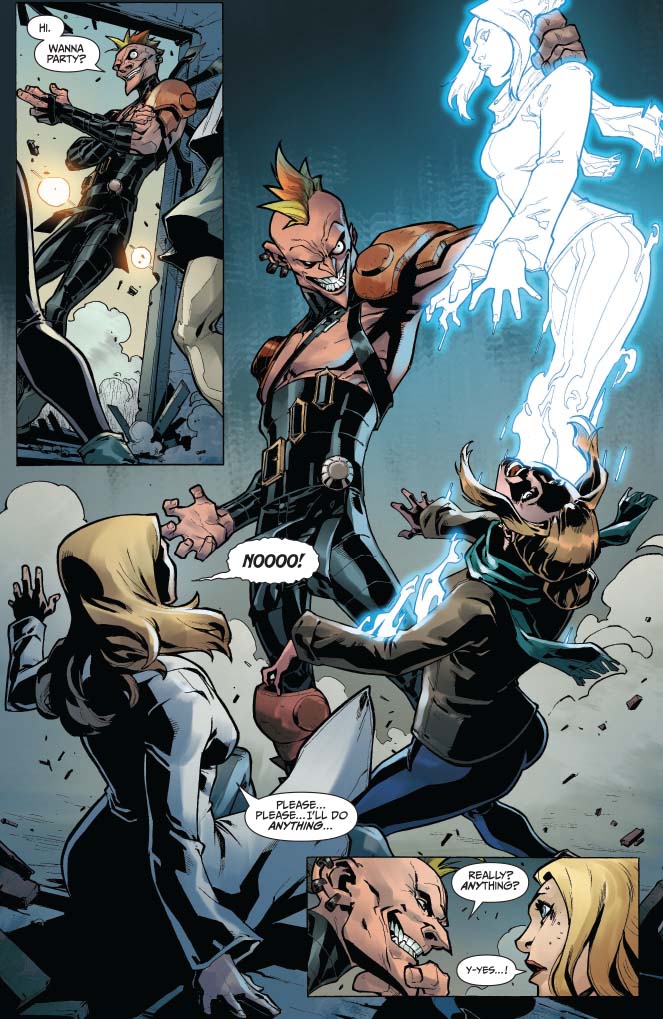 [easyazon_link identifier=”B01E7OJ7FI” locale=”US” tag=”bounintocomi-20″]Jim Butcher’s The Dresden Files: Wild Card #1[/easyazon_link] is a solid debut issue. The story is well balanced with an intriguing investigation, interesting and complex characters, and a good use of levity. However, the artwork could use some work. A finer attention to detail and cleaning up the character design for the villain are something to improve on moving forward. If you are looking for a good supernatural read, check this one out.