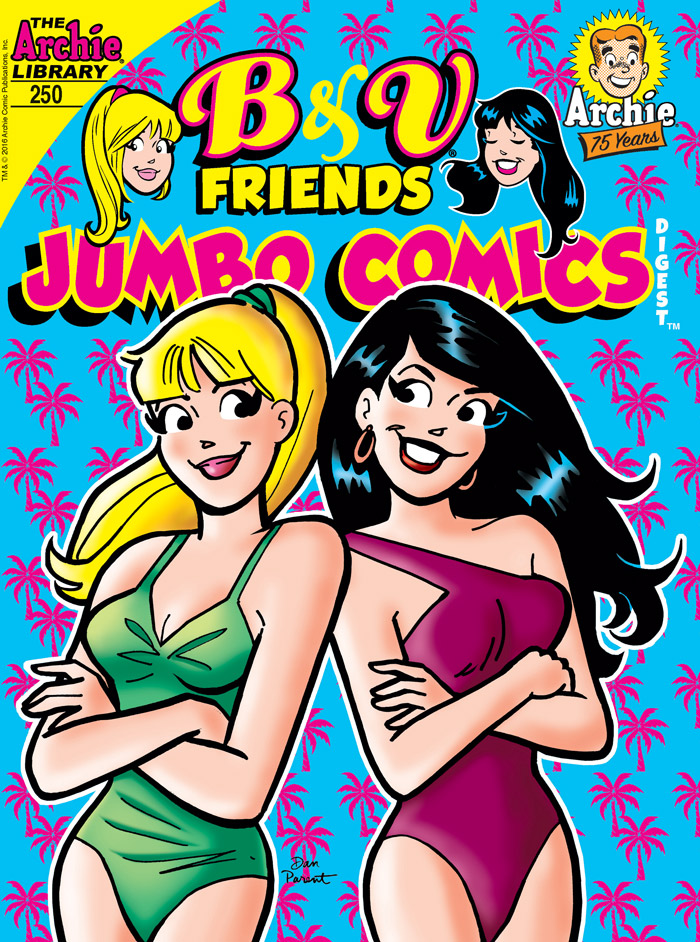 Betty and Veronica are on their way to a party held by Riverdale’s reigning fashion queen Sheila Wu—and Veronica’s determined to out-dress her at her own party! However, on their way to the gala, Betty encounters a young girl with some animal friends in need of assistance on the side of the road. The adventure begins as Betty, Veronica and their new acquaintance Alina try to wrangle up her stray pets. Will the pets be safely returned? Will Betty and Veronica make it to the party unscathed? Find out in “The Perils of Pet Sitting,” the exciting lead story to this JUMBO-sized Comics Digest! 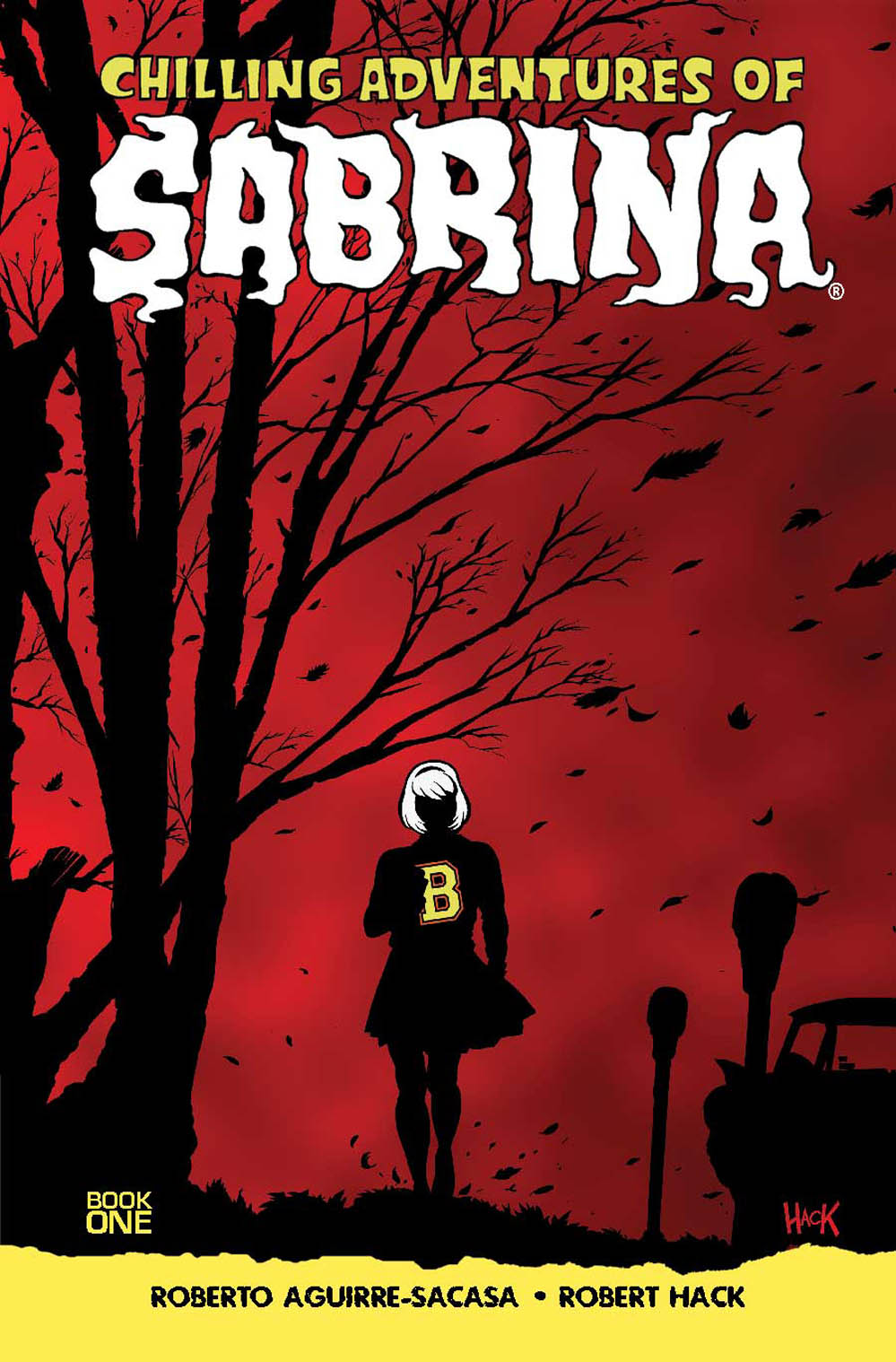 On the eve of her sixteenth birthday, the young sorceress Sabrina Spellman finds herself at a crossroads, having to choose between an unearthly destiny and her mortal boyfriend, Harvey. But a foe from her family’s past has arrived in Greendale, Madame Satan, and she has her own deadly agenda. Archie Comics’ latest horror sensation starts here! Compiles the first five issues of the ongoing comic book series Chilling Adventures of Sabrina. For TEEN+ readers. 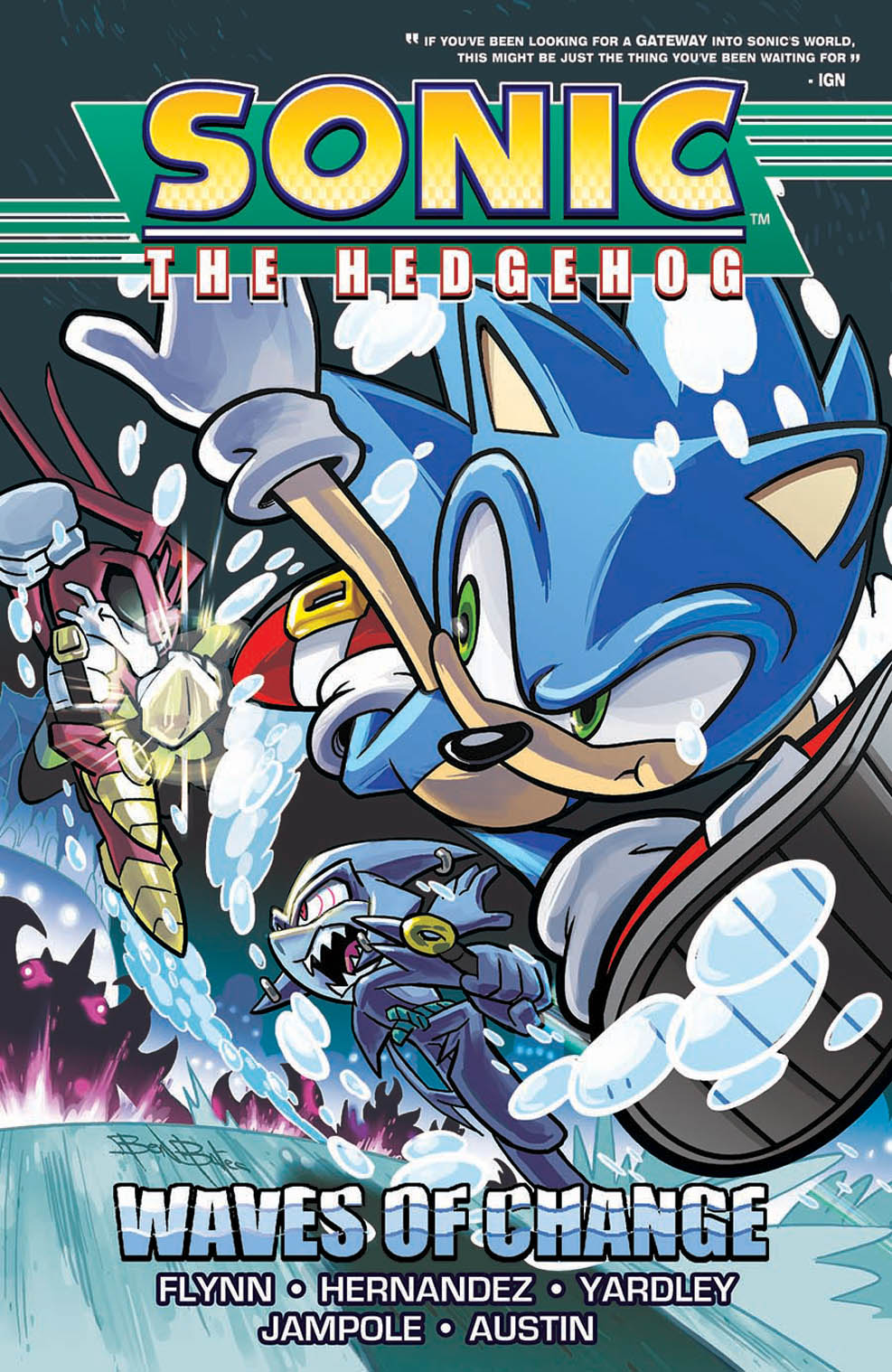 The new Sonic comic universe is here! Moving at the speed of sound, keeping the world free from robotic tyranny—it’s SONIC THE HEDGEHOG! One of the oldest, most beloved video game icons speeds into brand new comic book stories with new friends, new foes and new adventures! In this volume of this new graphic novel series, Sonic is on the hunt for the seven Gaia Temples. Only their mysterious power can restore his world to normal! His quest takes him to places he’s never been before—such as the bottom of the ocean! Join Sonic, Amy and Rotor as they encounter a whole new undersea world full of new friends, foes and monsters from the deep! SONIC THE HEDGEHOG 3: WAVES OF CHANGE collects SONIC THE HEDGEHOG #260-263. 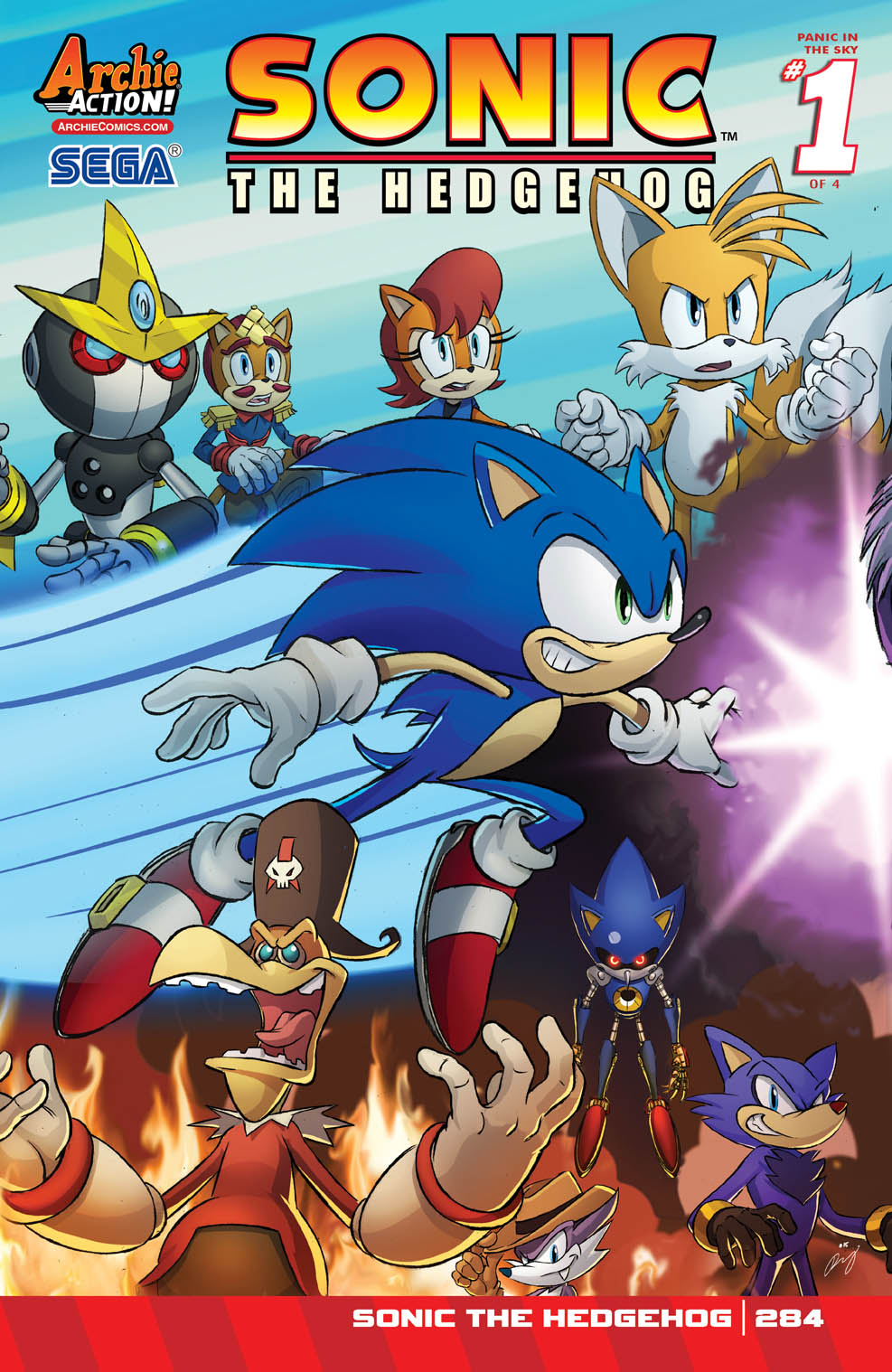 Cover A by Dan Schoening and Luis Antonio Delgado 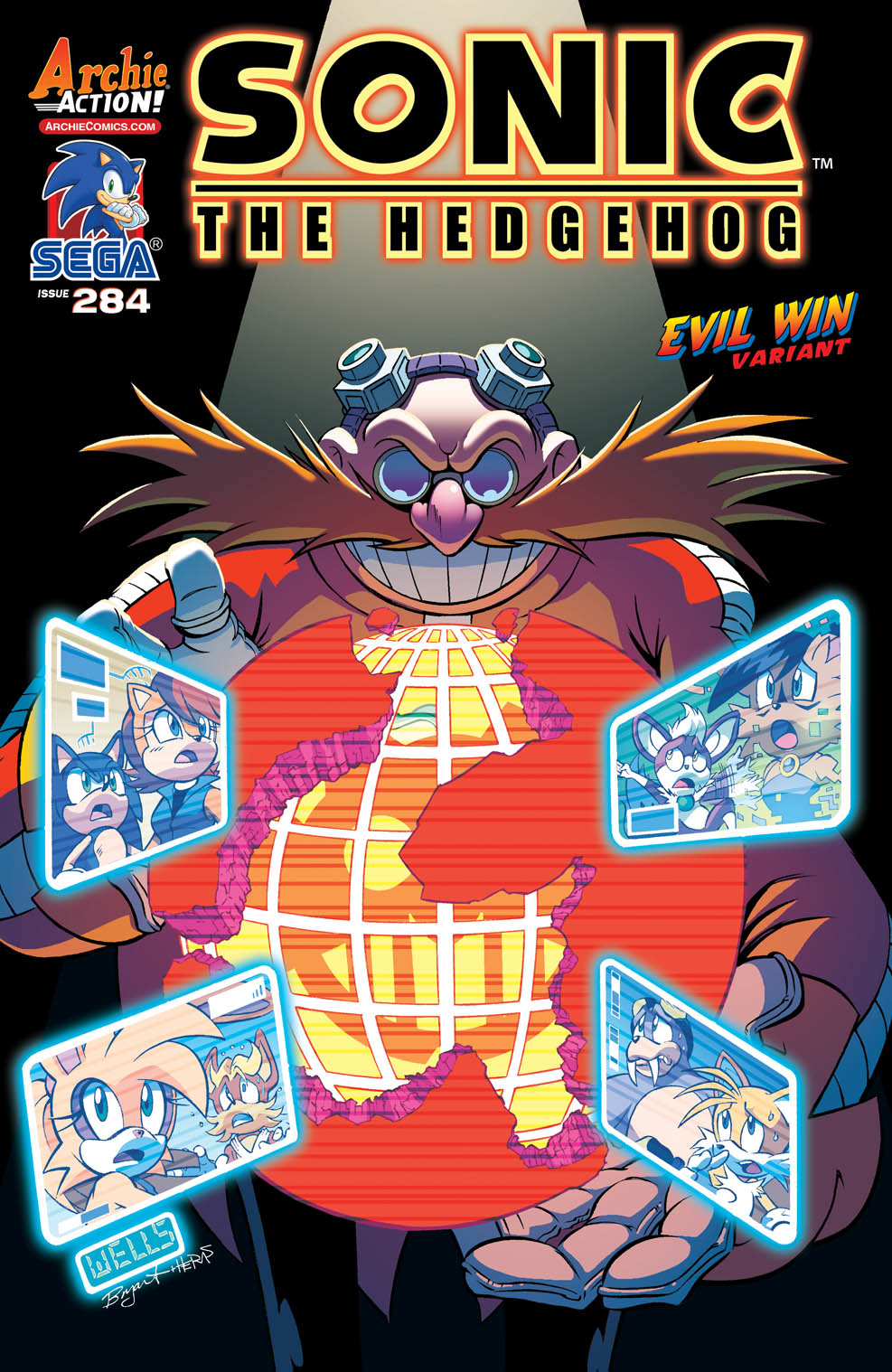 Cover B by Lamar Wells, Rick Bryant, and Matt Herms

SONIC and friends get into some BIG TROUBLE in “Panic in the Sky” Part One: Sonic’s Freedom Fighters are finally ready to restore the planet! Unless, of course, someone does even more damage! Cue: the evil Dr. Eggman (of course)! He has a plan of his own and strikes first! The mad doctor launches a multi-pronged assault that will leave you speechless-everything has been building up to this moment! The final chapter to the Shattered World Saga begins here! Featuring the first of four EPIC connecting covers by mega-talent Dan Schoening and an “Evil Win” variant by the wonderful Lamar Wells! 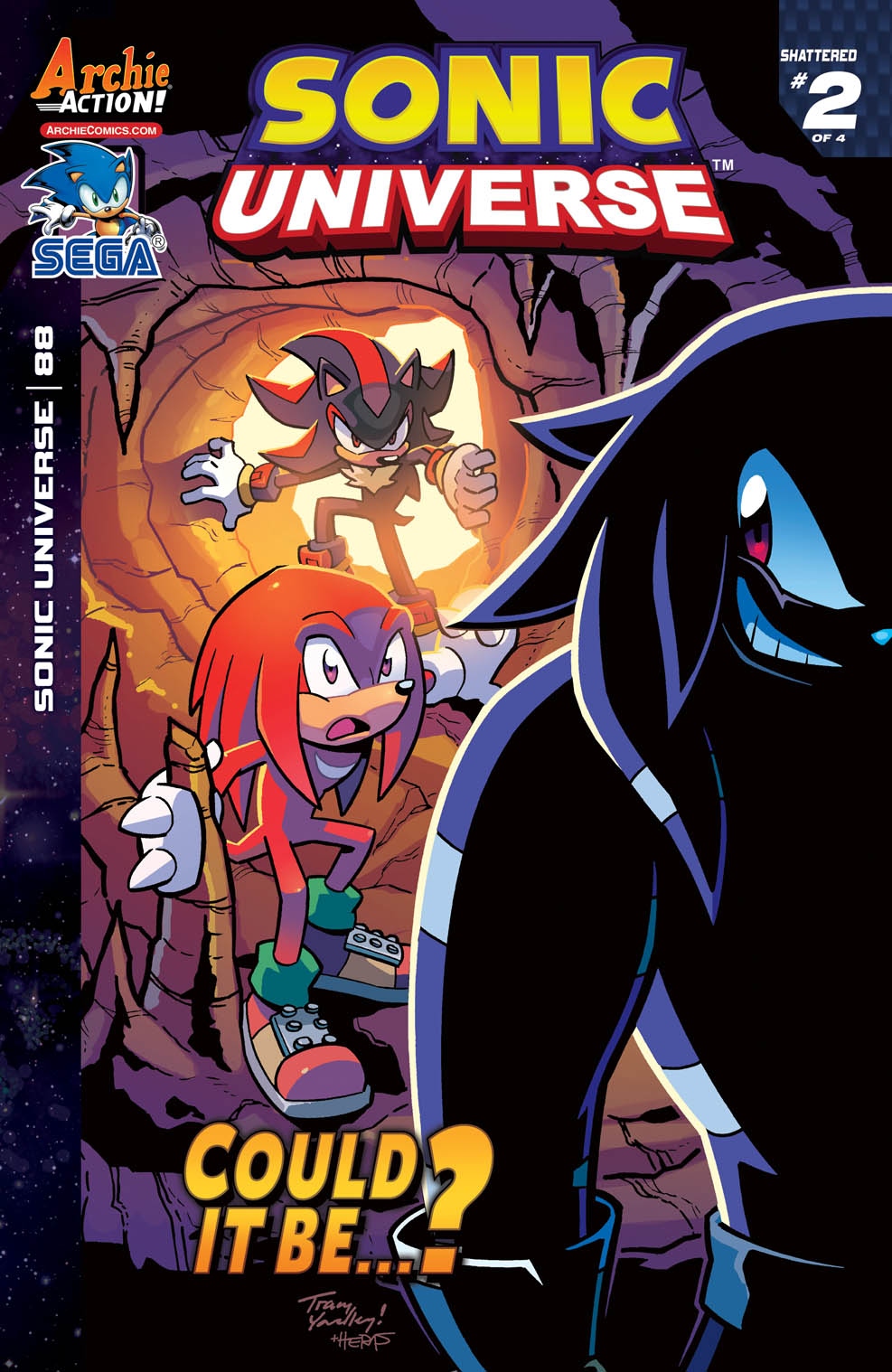 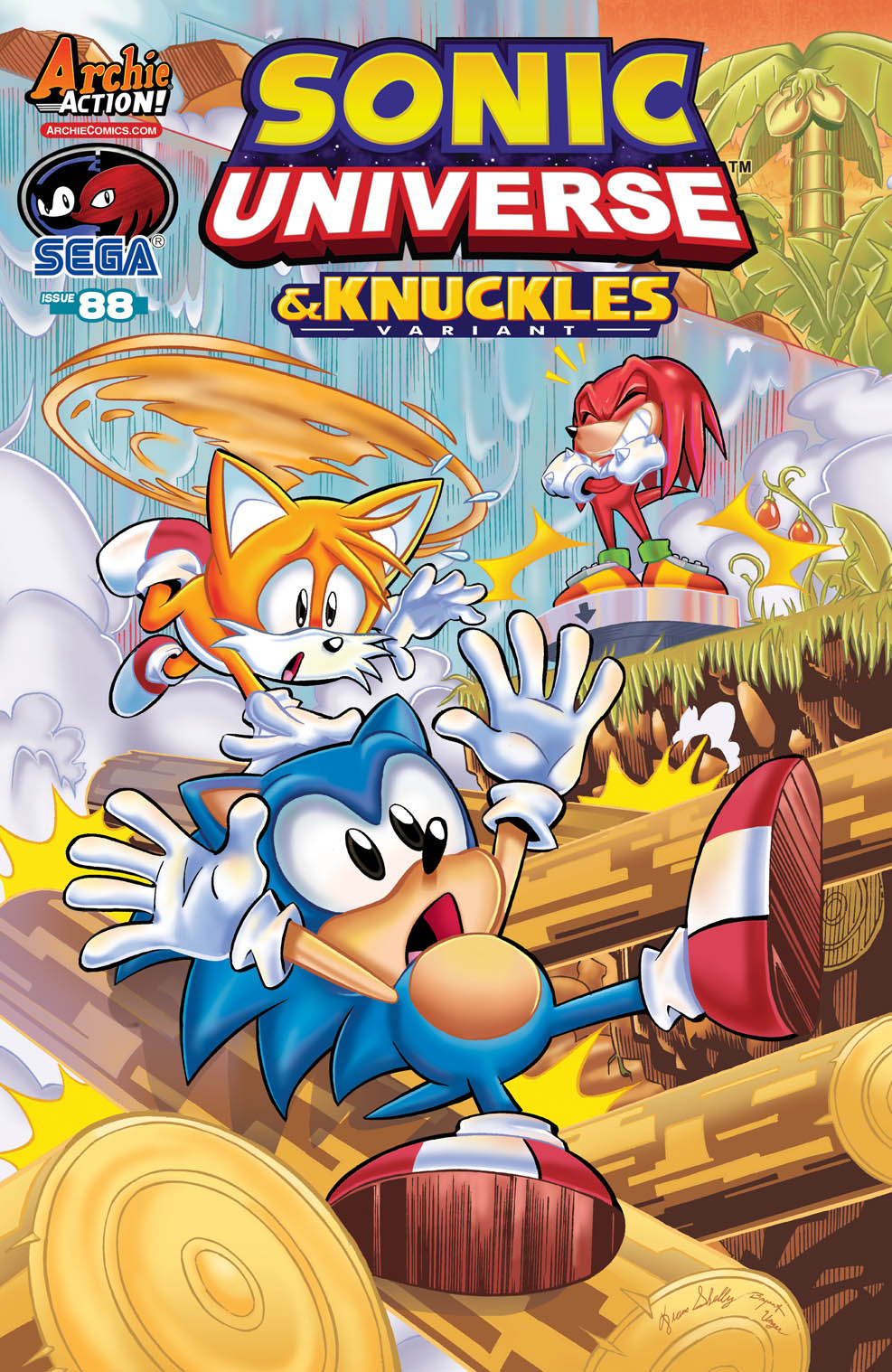 Cover B by Diana Skelly, Rick Bryant and Elaina Unger

Tougher than leather, it’s Knuckles in “Shattered” Part Two: The mysteries deepen and the suspense builds! Amy and Rouge fight for their lives! Omega is out of commission! And Knuckles is lead deep into the heart of the Hidden Palace Zone by the mysterious Nixus! But is this strange newcomer everything he seems to be? Featuring cover art by Sonic comics legend Tracy Yardley and an “& Knuckles” variant by the delightful Diana Skelly! 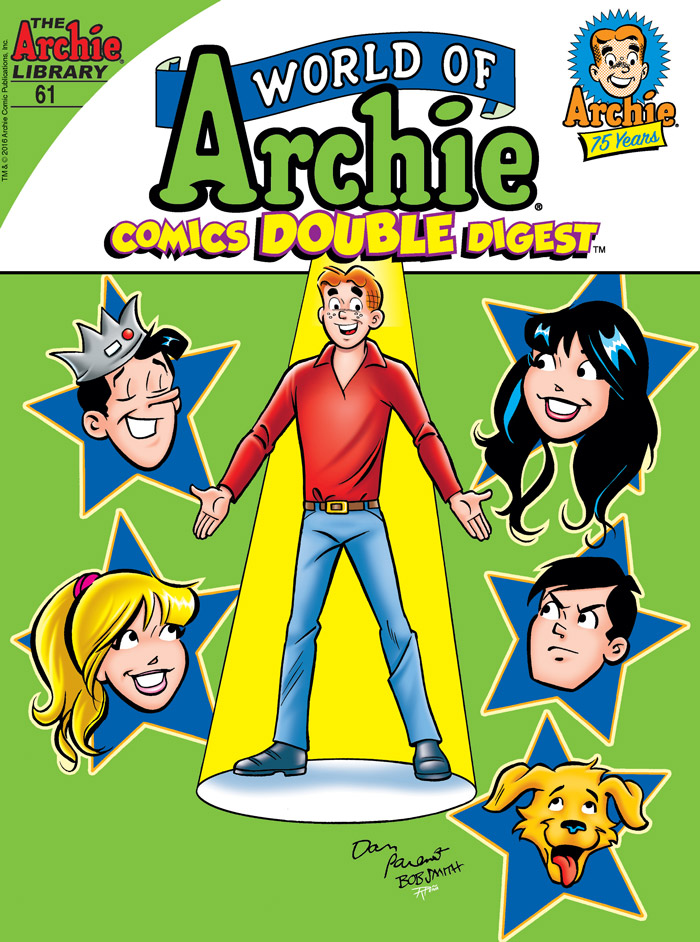 It’s the last weekend of summer and Archie has every intention of making the most out of his final day of freedom before school starts! There’s just one problem… The List! Archie’s dad gave him a list of chores at the beginning of the summer that he swore would be done before school started. Well, he’s out of summer and not a single chore has even been started, so Archie’s not going anywhere until he clears that list! Will he complete his chores in time to still have some fun, or will his last day of vacation be a real summer bummer? Find out in “The Endless List of Summer!” the fun lead story to this comics double digest!