In the sixth issue of Max Landis’ [easyazon_link identifier=”B01DCW17VS” locale=”US” tag=”bounintocomi-20″]Superman: American Alien[/easyazon_link] miniseries, Clark Kent’s Smallville past and his current Metropolis lifestyle come together as old friends come to visit their newly famous pal. What follows is an emotionally heavy and relatable story that achieves one of the most difficult feats in comics: making readers see themselves in Superman, making him seem more human than super.

This story follows the commonly held struggle of being true to the people and places that made you the person that you are, while also being unafraid to stake your claim in a bigger world. Clark’s friends, Pete and Kenny, are two of the precious few that know he is this “Superman” who is making waves in the world wide press. From the very first panels, we see them discussing their trepidations that Clark may be a different person than the one they once knew, changed from both heroism and his new gig as a hotshot newspaper journalist.

From there on out, the bulk of the story is simply three old friends catching up, which later becomes a booze-soaked screaming match about the motivations for Clark’s alter ego, the danger it puts them all in, and how it impacts the people in the small town he left behind. The reader sees Clark from a new angle. An angle where we can see his arrogance and naivete, but also at the same time we see his good heart and noble intentions.

So much of the content on superhero oriented TV, comics, and movies is going for a “gritty and realistic” angle. They wash the light out of stories with gloom and grit, but this is just about one of the most emotionally realistic books I’ve read in years. It captures the emotion while maintaining the colorful art and optimistic tone that are so crucial for a Superman story. For maybe the first time in my relationship with the character, I saw myself in Clark. He seems vulnerable around his old pals, people who know more about him than just about anyone else in the world. His buddies can call bullshit on his lofty ideals, and seeing him get frustrated and storming out of a room is a watershed moment for me in how I view Clark, a character that is often portrayed as emotionless or as uninteresting as possible. Clark isn’t WRONG for acting how he does, but it is just so damn human to get so caught up in a new lifestyle that you ignore or accidentally forget about the people that made you who you are. 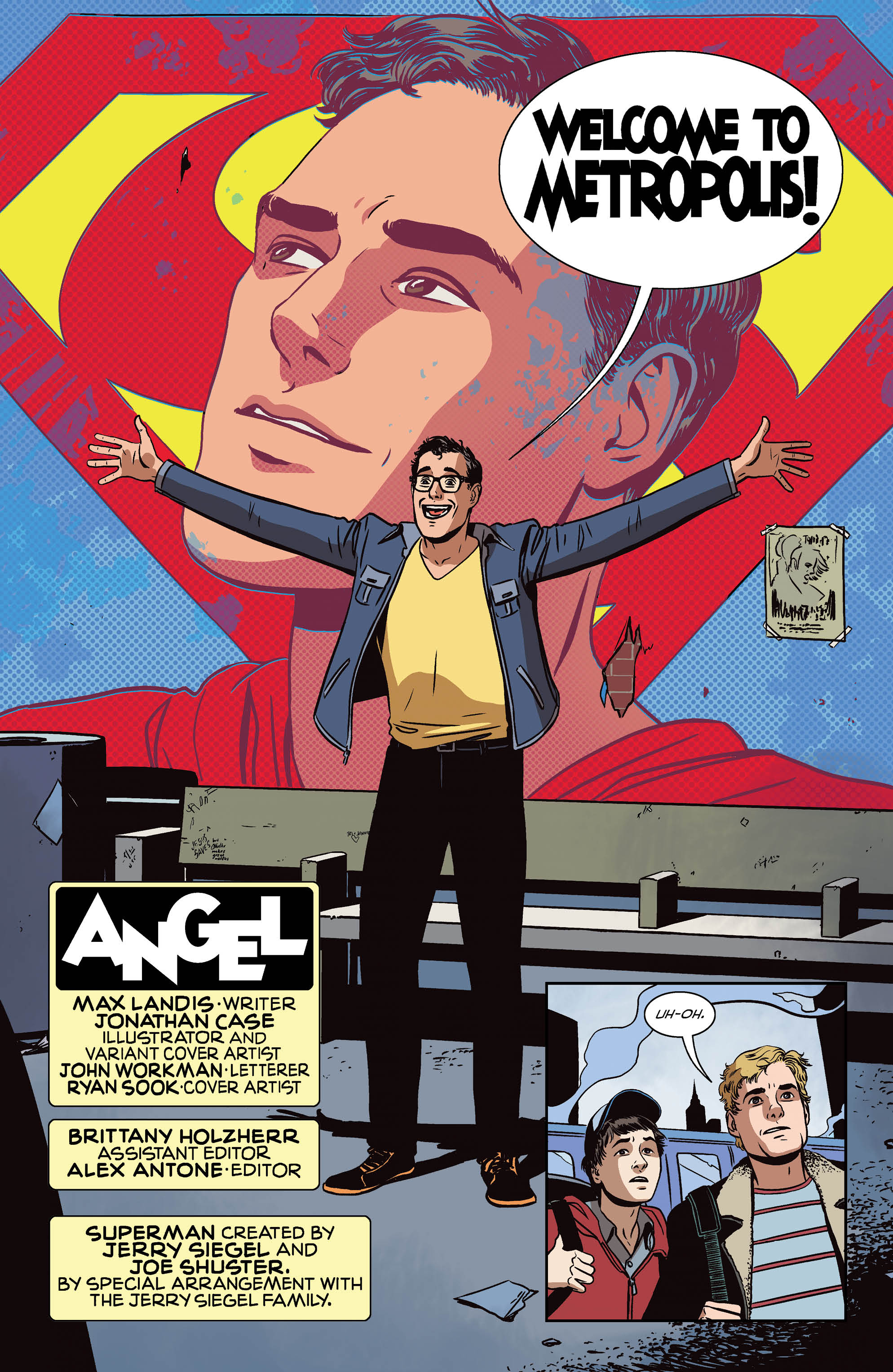 The [easyazon_link identifier=”B01DCW17VS” locale=”US” tag=”bounintocomi-20″]Superman: American Alien[/easyazon_link] series is such an important moment for Superman, and it has done a spectacular job of showing brief “snapshots” of a young man who is bound to change the world. Every issue has taken a different angle on his life, ranging from hopeful to sexy, morbid, goofy, etc. This sixth issue is one of those special books that elevates the character we already know so well and makes them that much more endearing and iconic. It features vibrant art, naturally flowing dialogue, and a beautifully self-contained story (with a cameo that readers will enjoy), Landis has written what is all together a great Clark Kent story (can we even call this a Superman story?) that left me smiling and anxious for the conclusion to this great series.