Desperate times for Toyo Harada as “STORMBREAK” rages on!

Harada’s vision to save the world faces catastrophic failure as the Foundation Zone finds itself squeezed between the armies of the world. Now, at his weakest point, the allied forces led by Livewire and H.A.R.D. Corps’ Major Charlie Palmer conspire to hit him hard and fast on every front. But with Harada’s team of monsters starting to turn on each other, does this super-powered mastermind stand any chance of winning the fight? 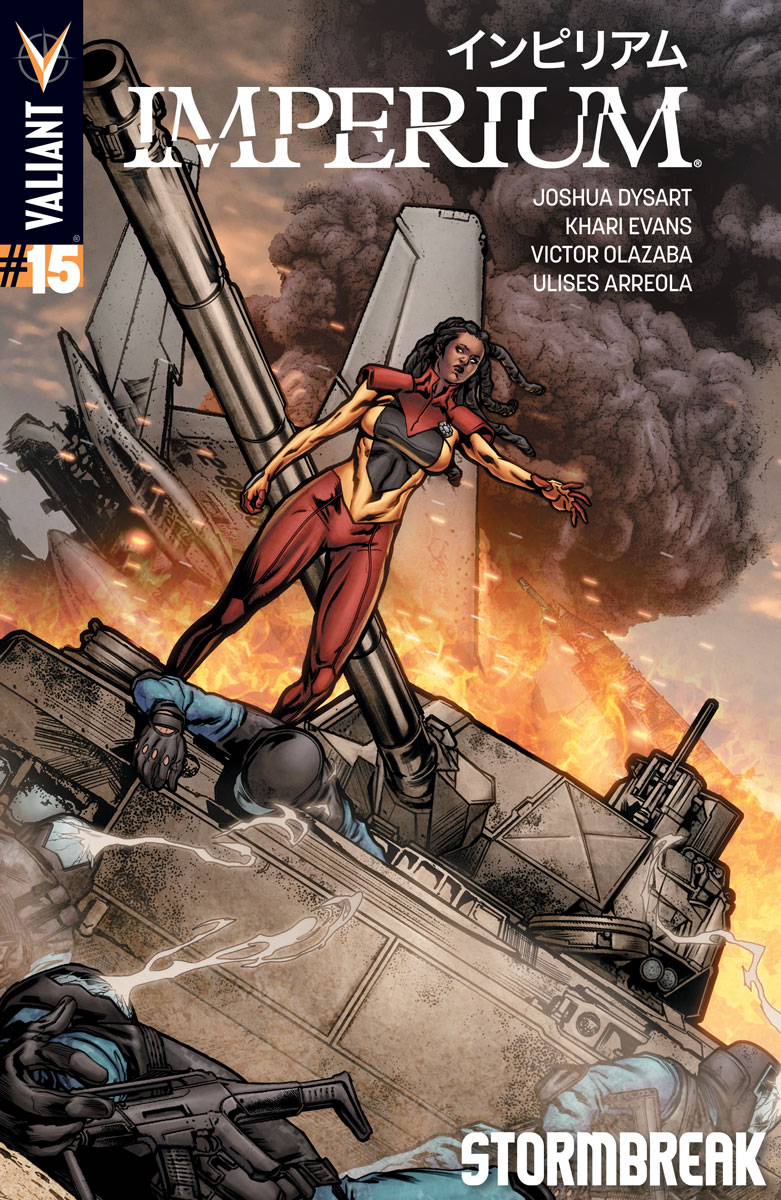 Cover A by Khari Evans 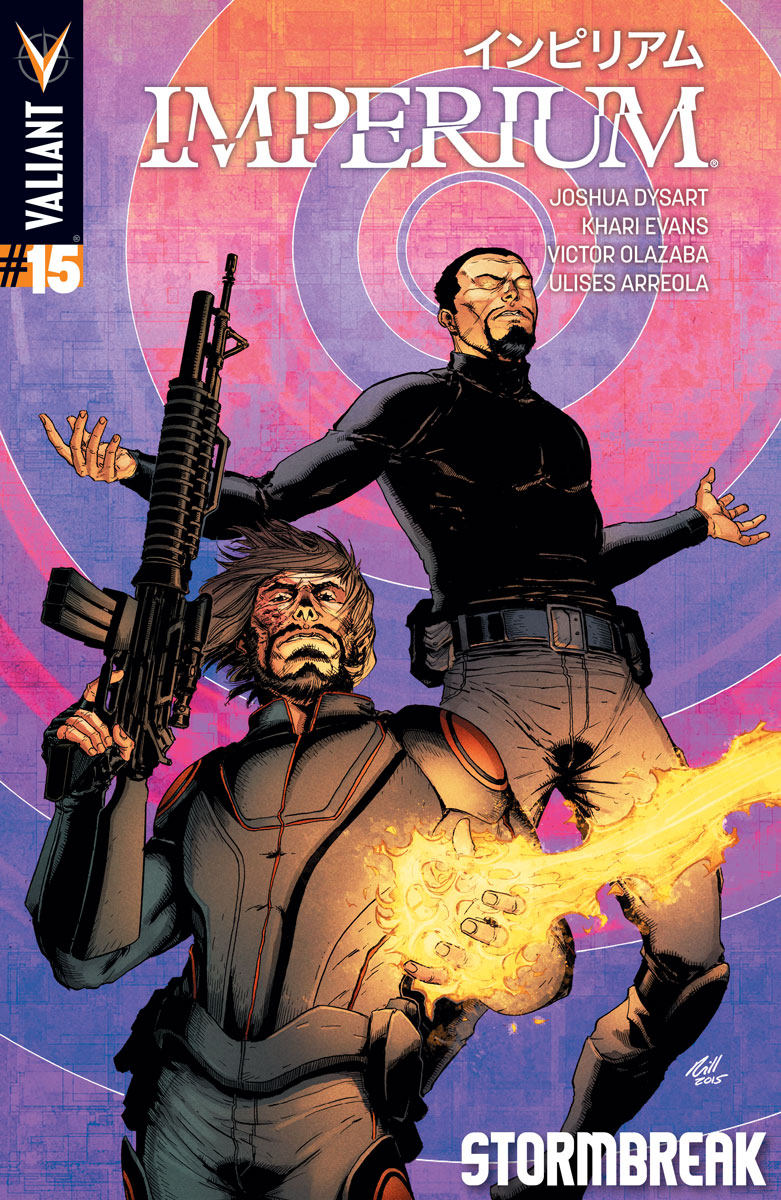 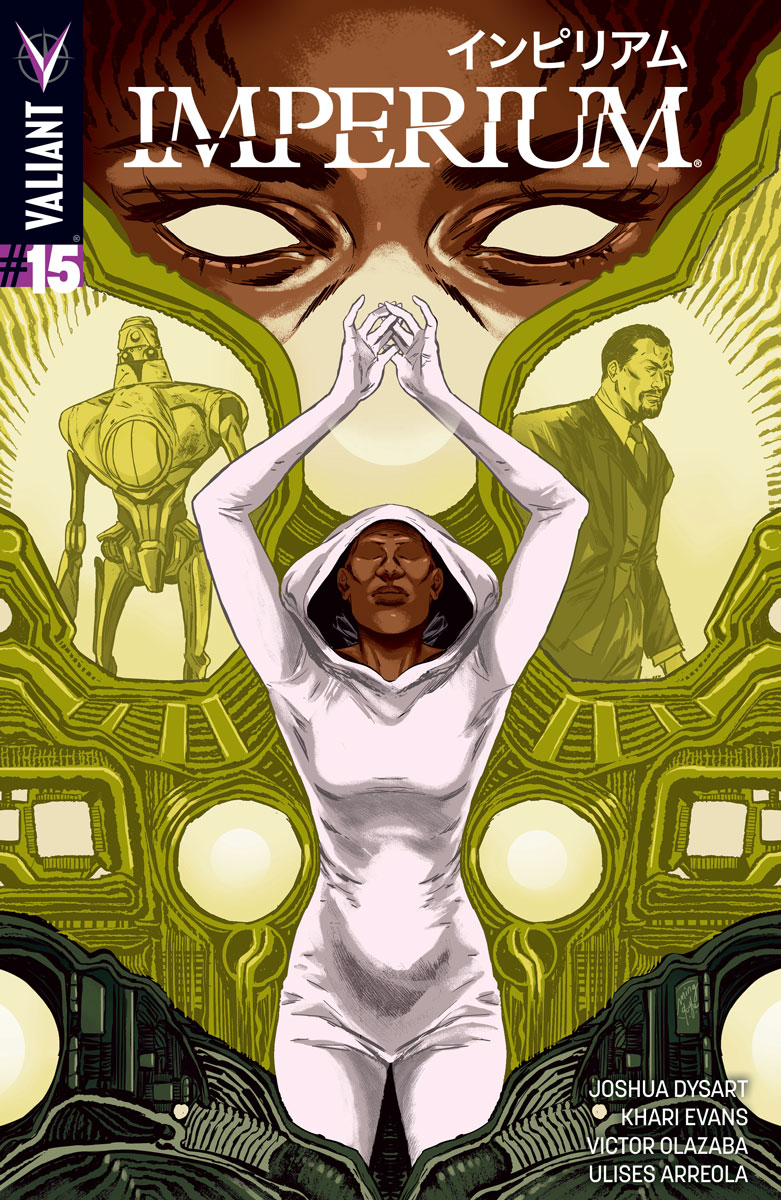 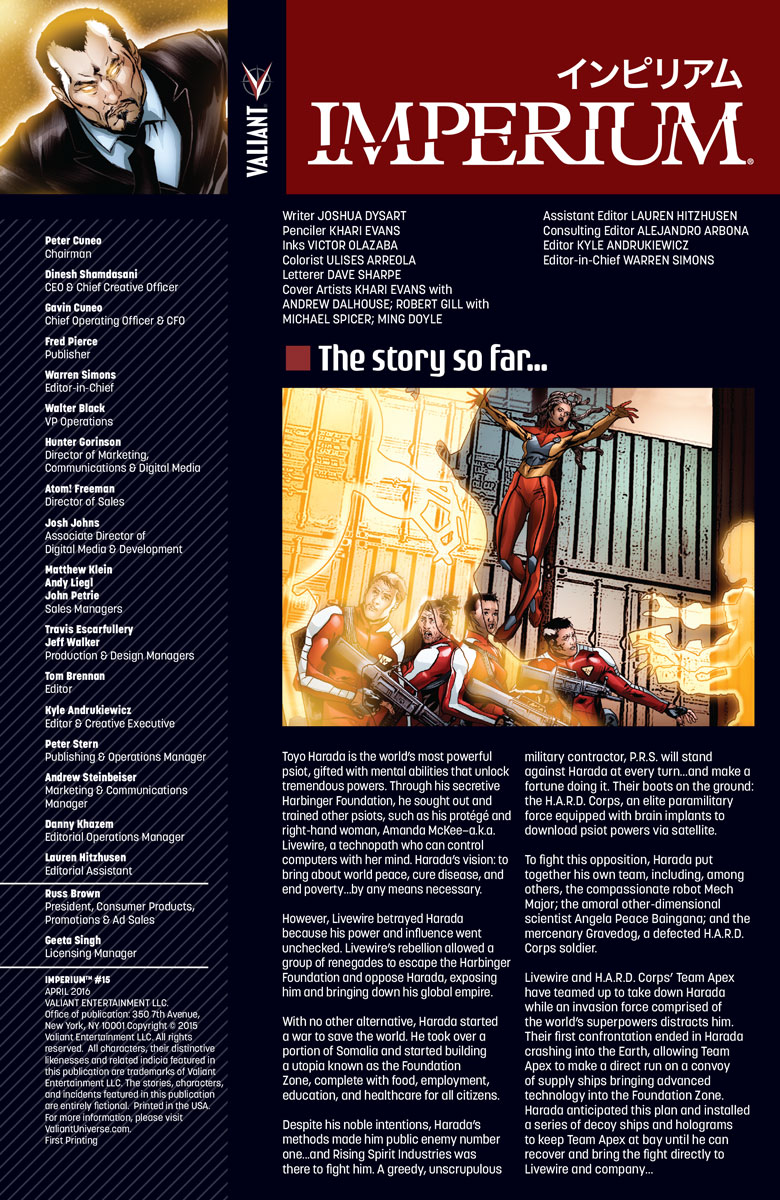 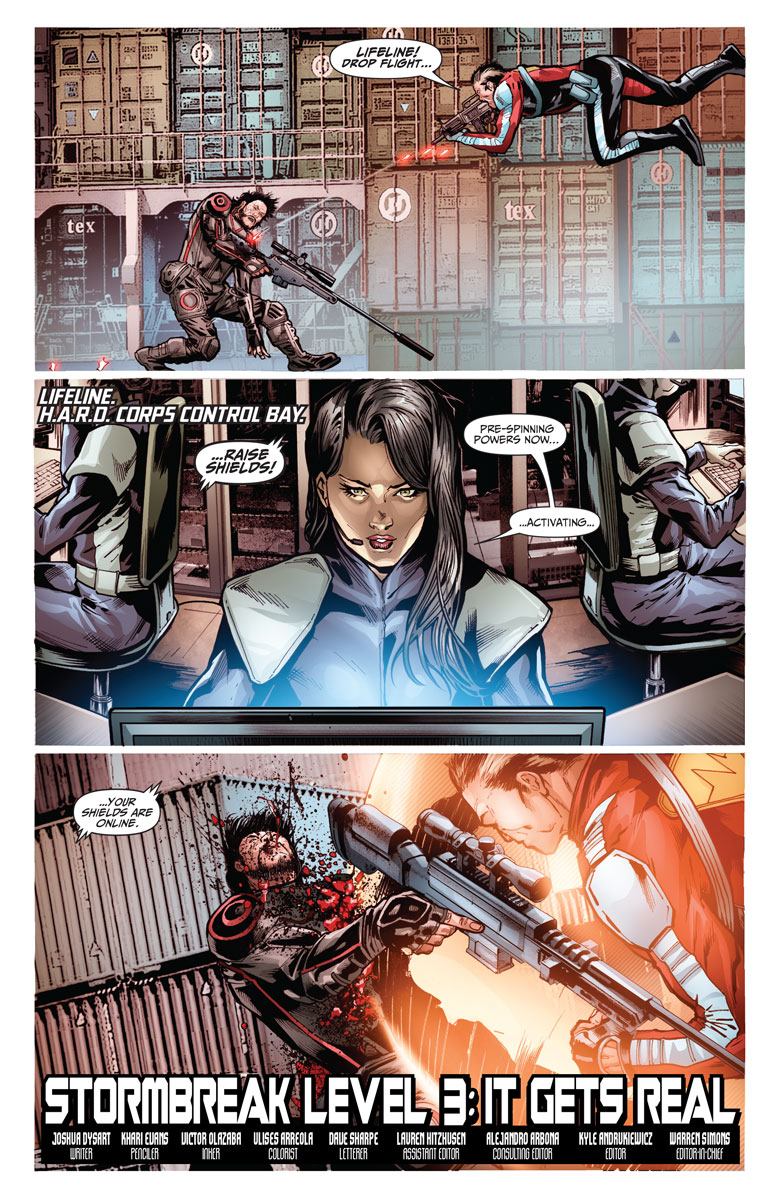 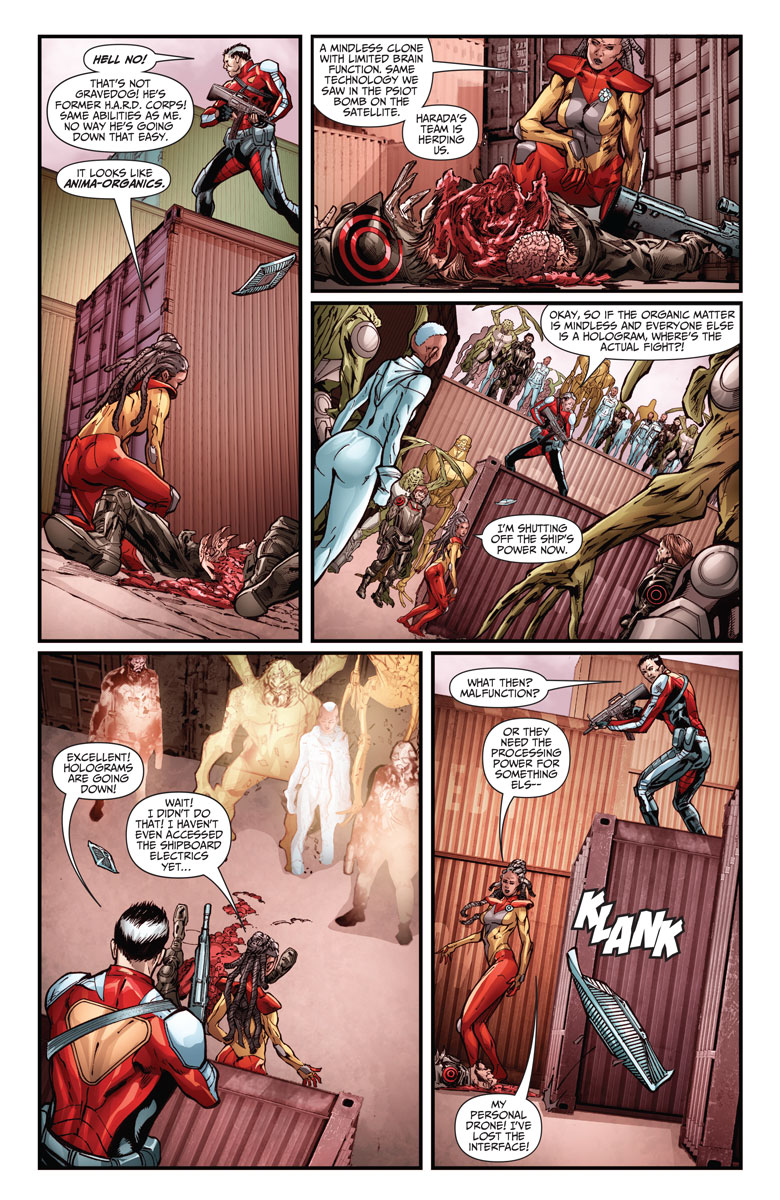 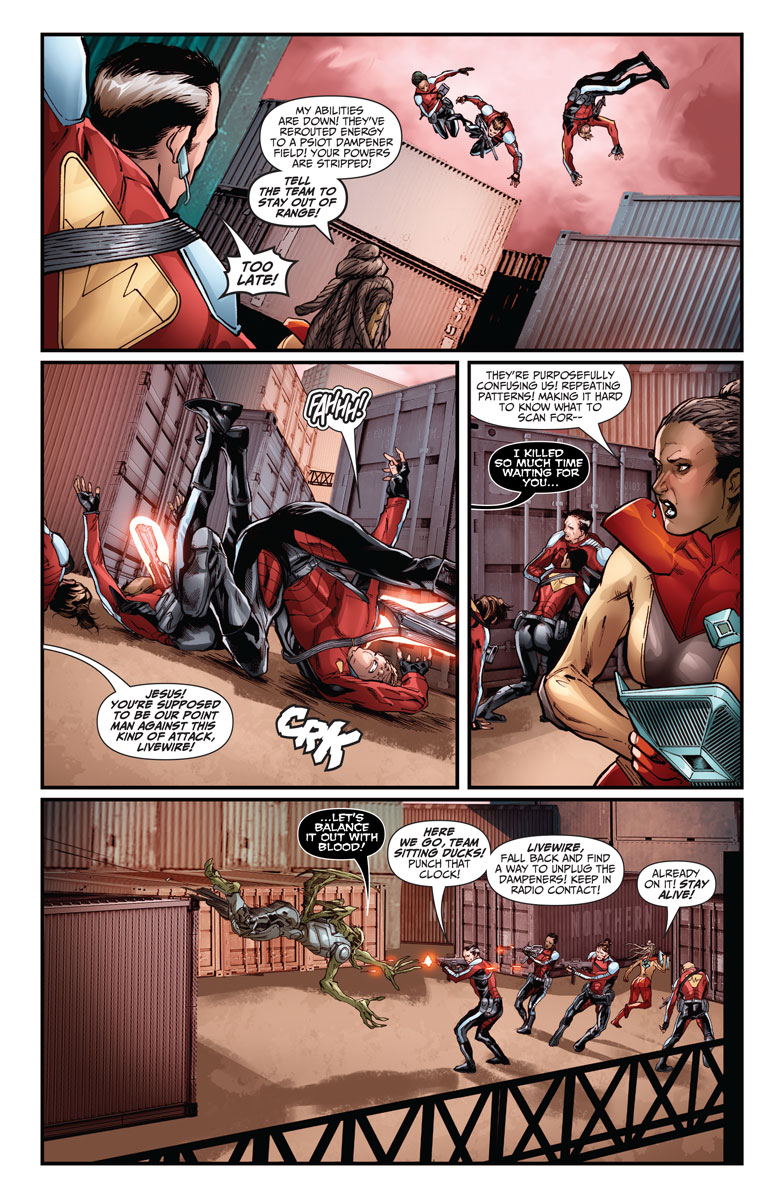 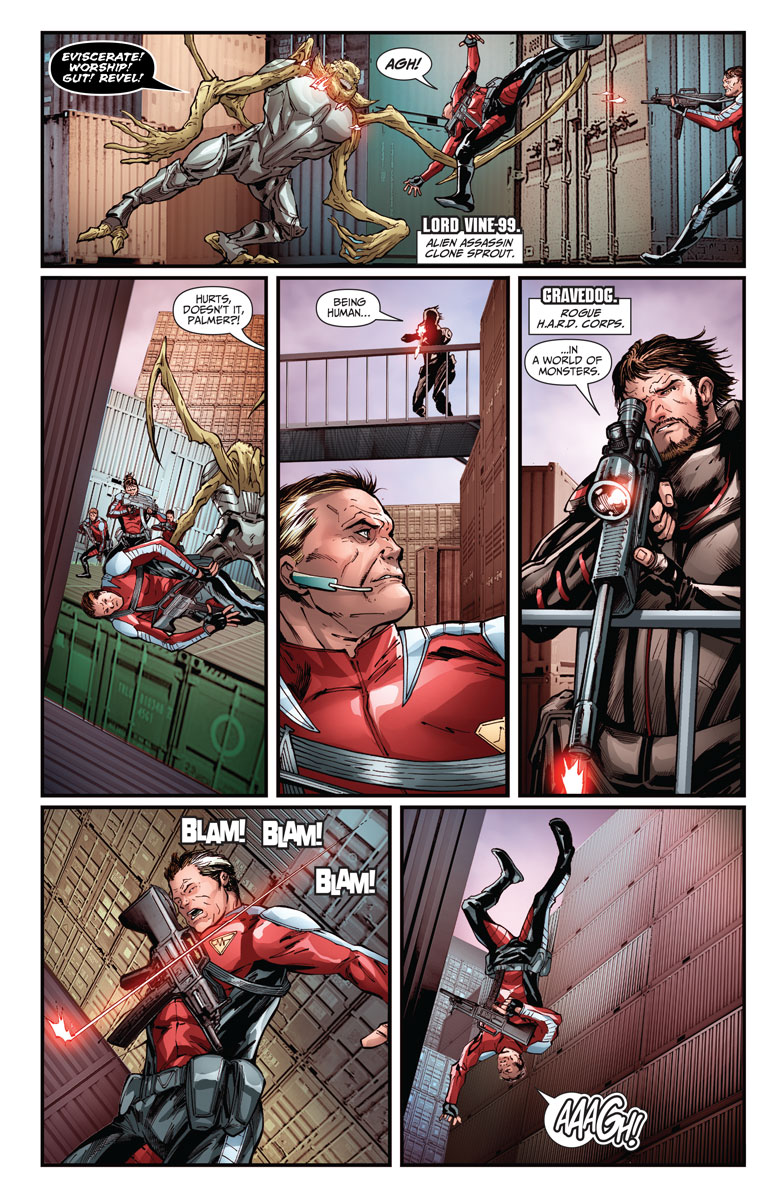 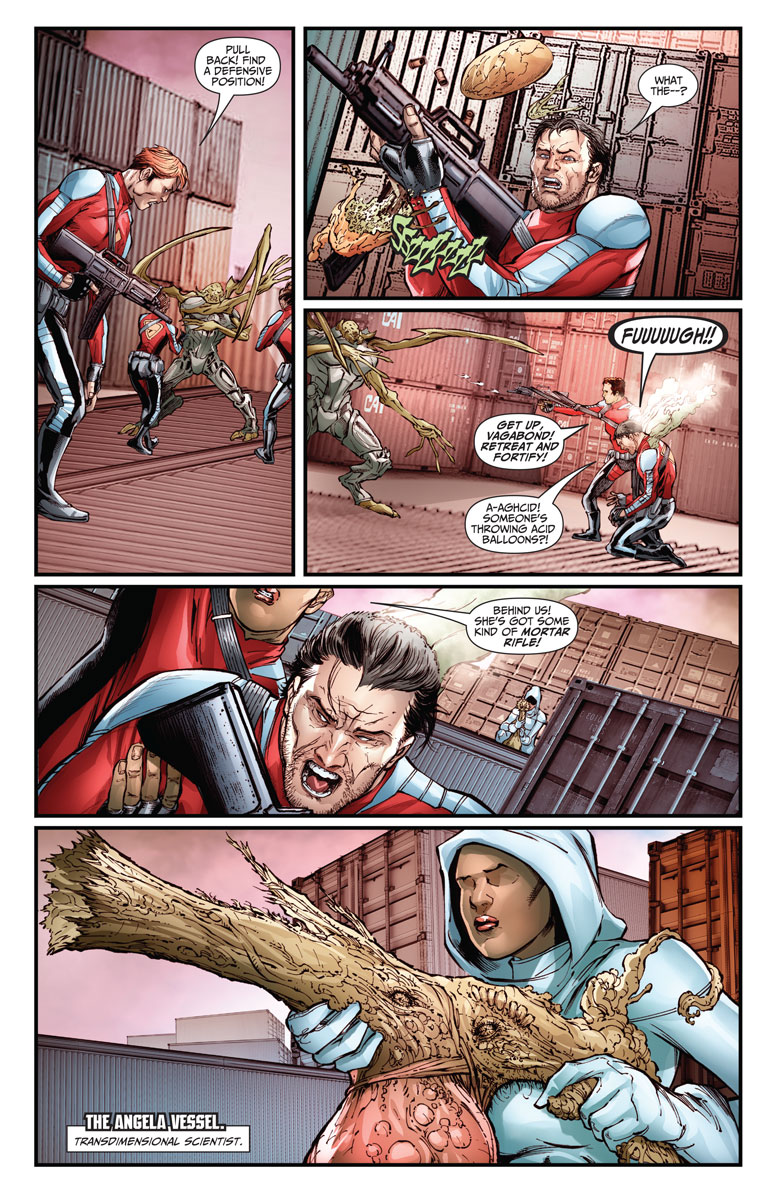