Black Mask Studios, the publishing/production company launched in 2014 by Matt Pizzolo, Brett Gurewitz, and Steve Niles, has just unveiled their third slate of comics including a dozen projects from principally new creators: 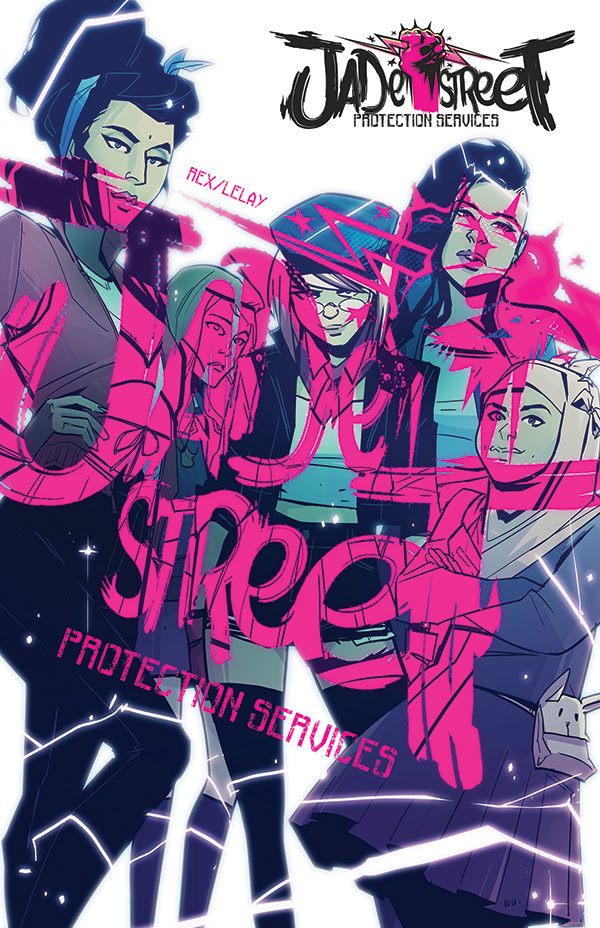 Jade Street Protection Services follows a group of (bad) students at Matsdotter Academy, an elite private school for magical girls. When they all meet for the first time in a totally unfair detention, these punk rock witch delinquents cut class and discover the fates Matsdotter has in store for them are even more sinister than they suspected.

JSPS channels Black Mask’s edgy, subversive sensibility into a whipsmart all-ages adventure for delinquents young and old. The first issue is slated for a June 2016 release. 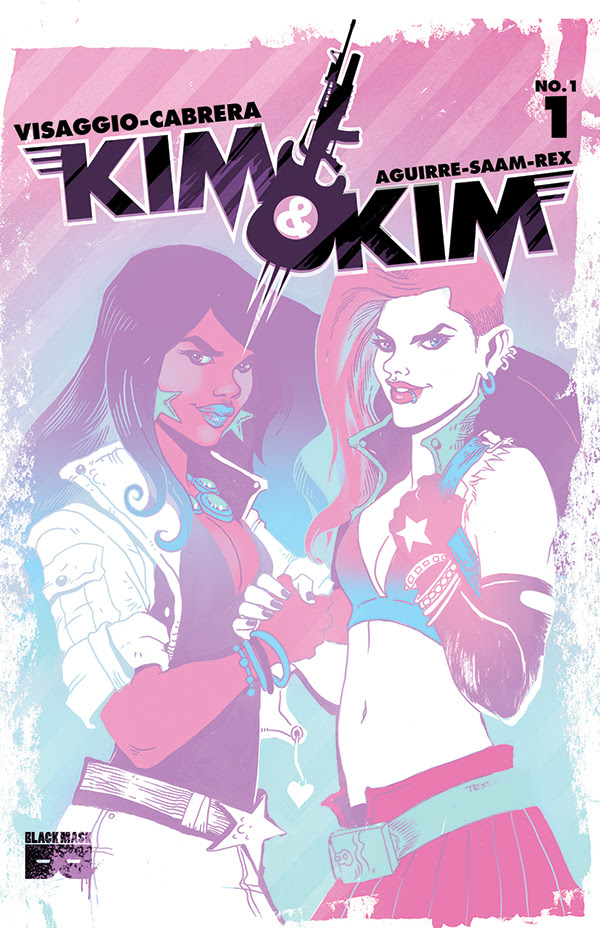 Another one from an all-new creative team, Kim & Kim is a Tank Girl-esque buddy adventure about a trans woman and her best girlfriend.

Kim & Kim is a day-glo action adventure that’s bursting with energy and enthusiasm and puts queer women and trans women front and center. Badass besties Kim and Kim are out to make a name for themselves in the wild world of interdimensional cowboy law enforcement – and they very quickly end up in way over their heads.

Blending the punk exuberance of Tank Girl with the buddy adventure wackiness of Superbad (if Michael Cera was a trans woman and Jonah Hill a queer girl partner in crime), Kim & Kim focuses on the power and meaning of female friendships as engines of validation. A bright, happy, punk rock sci fi adventure that is queer as shit. The first issue is slated for a July 2016 release. 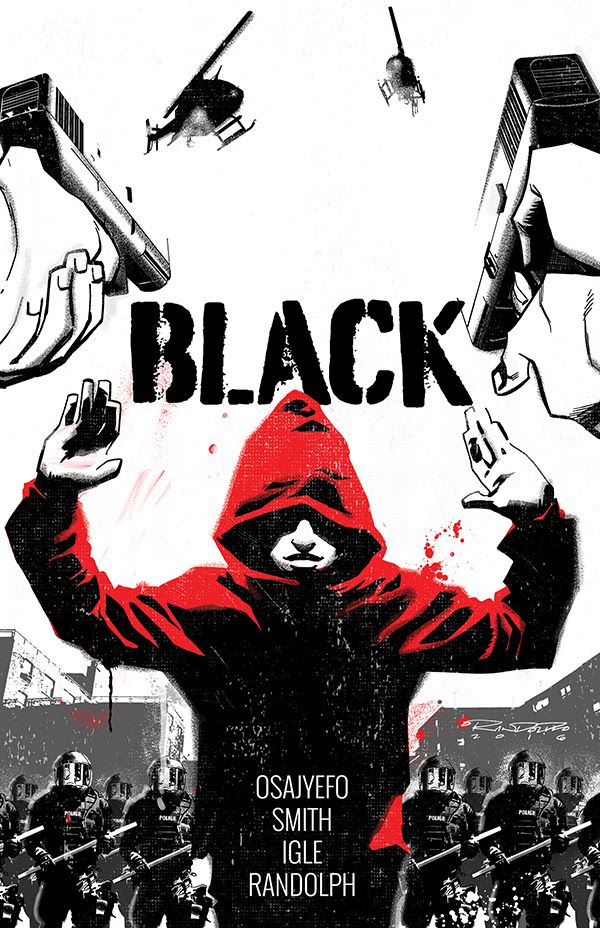 In a world that already hates and fears them – what if only Black people had superpowers?

After miraculously surviving being gunned down by police, a young man learns that he is part of the biggest lie in history. Now he must decide whether it’s safer to keep it a secret or if the truth will set him free.

Run for the Shadows 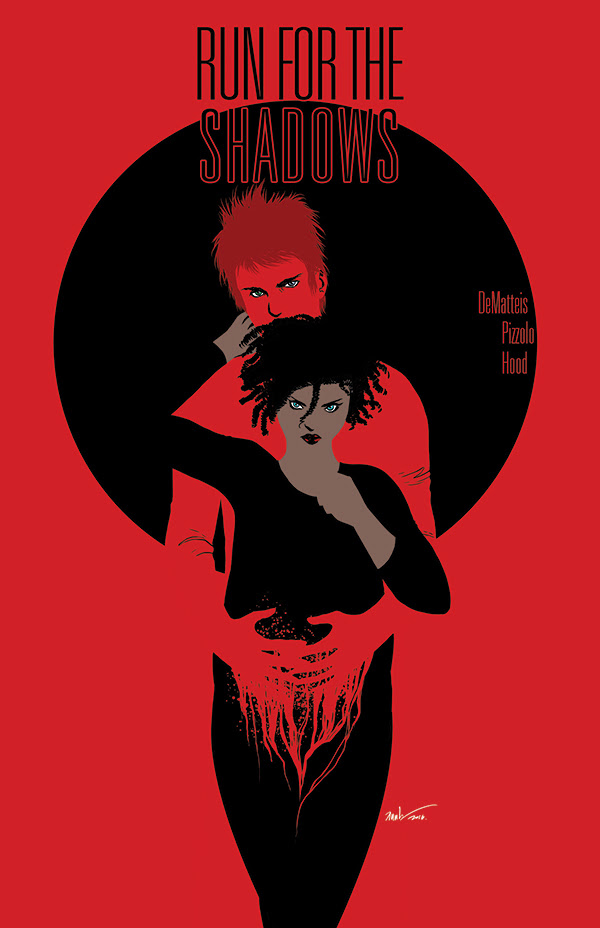 Julie was a good girl from an elite family with her whole life ahead of her, until she got mixed up with bad boy Winston. After a decade of hard drugs and harder living, Julie is finally pulling her life back together. In rehab, she undergoes intensive therapy that unearths a deeply repressed trauma: her memory from being 16 and giving up her and Winston’s baby for adoption. She realizes it’s a lie. An implanted memory. There was something else that took the baby. Something evil. Julie tracks down Winston and forces him to tell her what truly happened, a horrifying revelation that will lead them both on a journey into darkness.

A lyrical and fantastical tale of rebellion, redemption, and hellfire, but, most of all, a story of family.

From legendary writer J.M. DeMatteis, co-written by Matt Pizzolo fresh off his smash hit Young Terrorists and illustrated by Josh Hood still on fire from We Can Never Go Home. 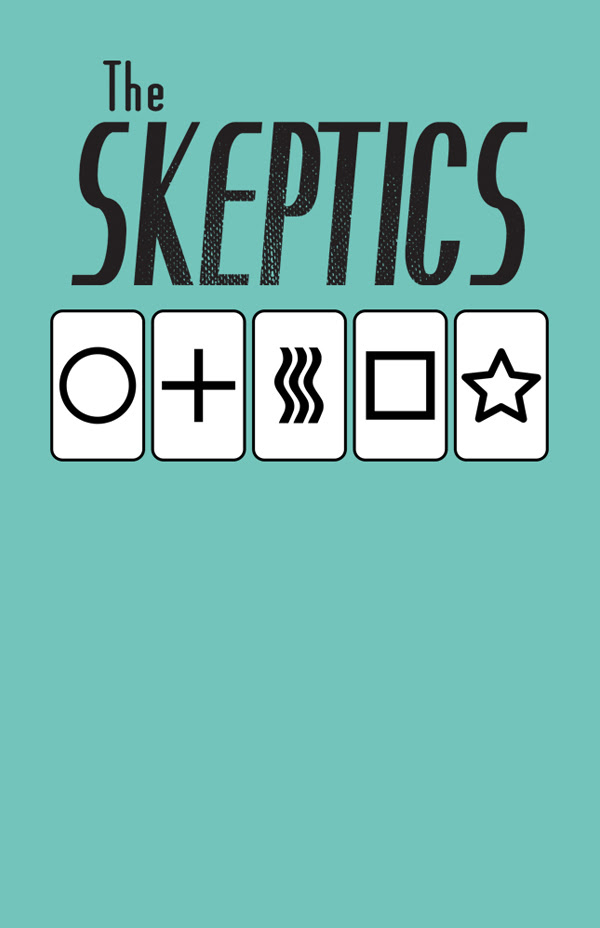 A stylish, period, political adventure about a pair of hip, clever teens who fool the world of the 1960s into believing they have superpowers. Like X-Men: First Class meets Project Alpha.

It is the 1960s. The Russians have the A bomb, the H bomb, and now the most terrifying weapon of all: a pair of psychically superpowered young people. Terrified and desperate, the US top brass scours from coast to coast in search of psychic Americans. Enter Dr. Isobel Santaclara, an eccentric illusionist and grifter who has recruited two teenagers and trained them to trick the US government, the Russians, and the whole world into believing they are dangerous psychics. Skeptical is a pre-punk period piece, a sort of honest, unfuzzy, non-nostalgic look at the Cold War 1960s in DC.

Featuring female doctors, black female college students, and other genius “undesirables.” Like a cross between Kill Your Boyfriend and Hard Day’s Night, but about politics and ethics and how punk rock it is to be the smartest person in the room.

4 KIDS WALK INTO A BANK 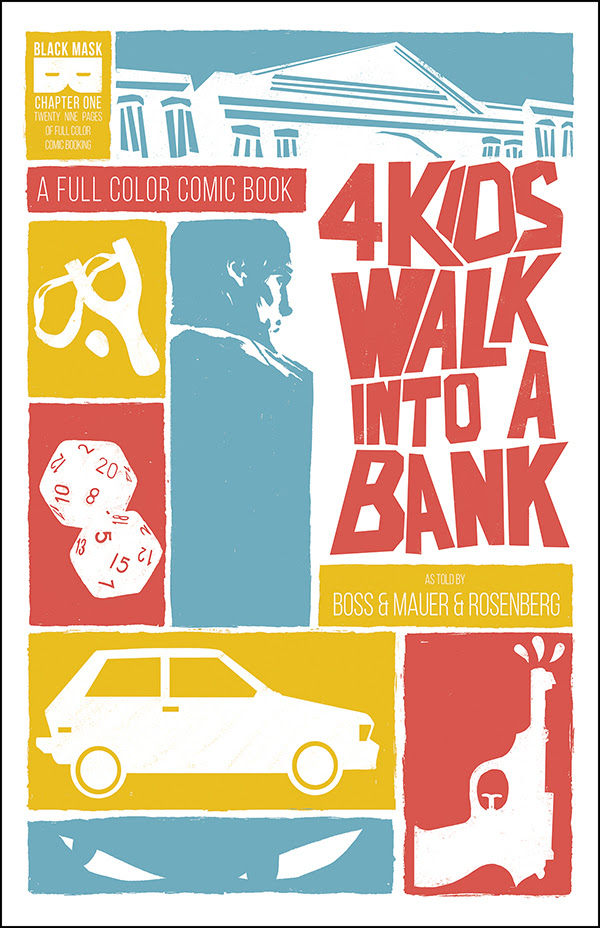 What is it?
A FUN(ISH) CRIME CAPER ABOUT CHILDREN!

11 year old Paige and her weirdo friends have a problem: a gang of ex-cons need her dad’s help on a heist… the problem is those ex-cons are morons. If Paige wants to keep her dad out of trouble, she’s going to have to pull off the heist herself.