Eggman’s got the MASTER PLAN in “Eggman’s Dozen” Part Two: Dr. Eggman has suffered a humiliating defeat at the hands (and claws!) of the malicious Naugus Twins! But everyone knows that you just can’t keep a good villain down-so what’s a demented doctor to do? Form a coalition of evil! When Dr. Eggman forms a strike team of his Egg Bosses around the world to strike back, will these misfit minions mesh into a fighting force? And what sinister secret is Dr. Eggman using to keep them in line? Featuring cover art by jamming Jamal Peppers and an awesome “Boss Attack” variant by lightning Lamar Wells! 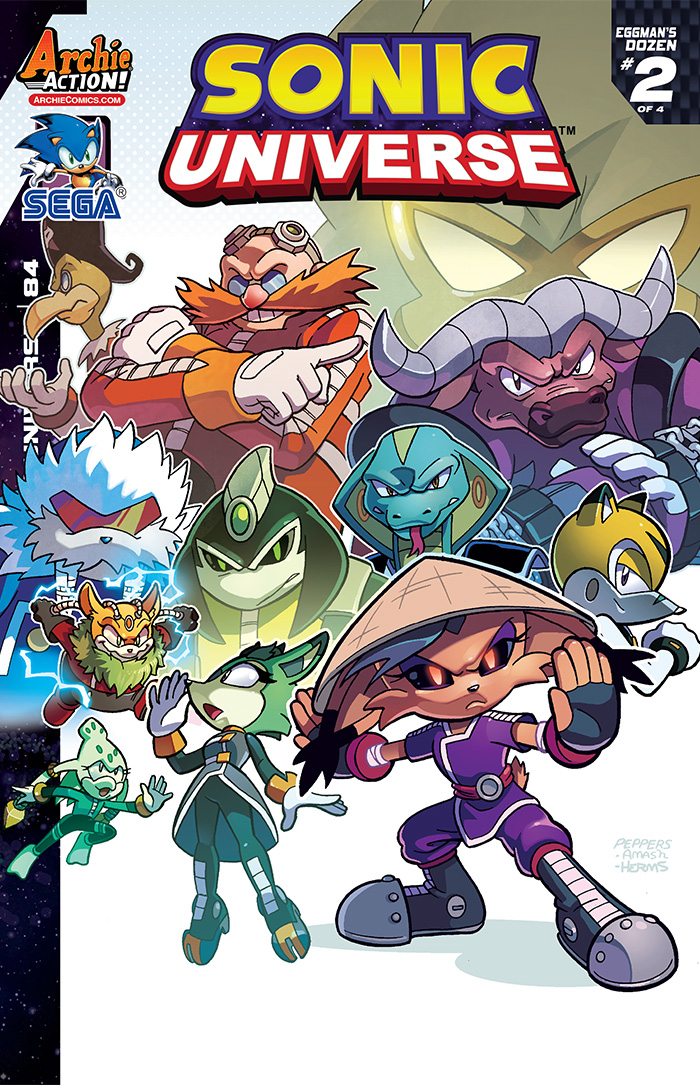 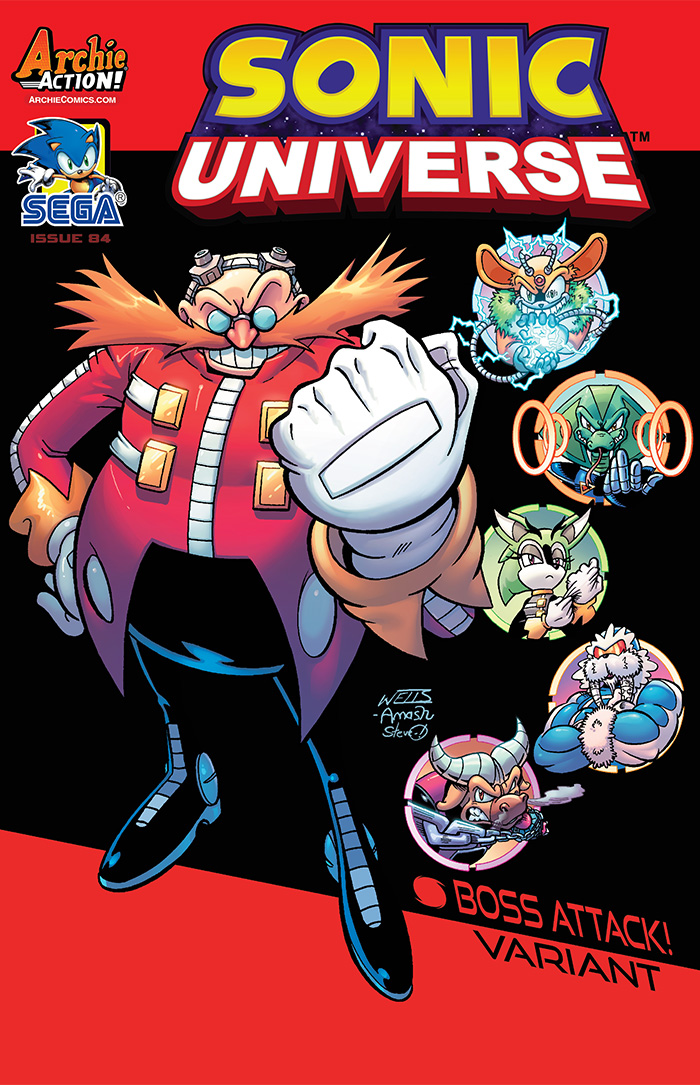 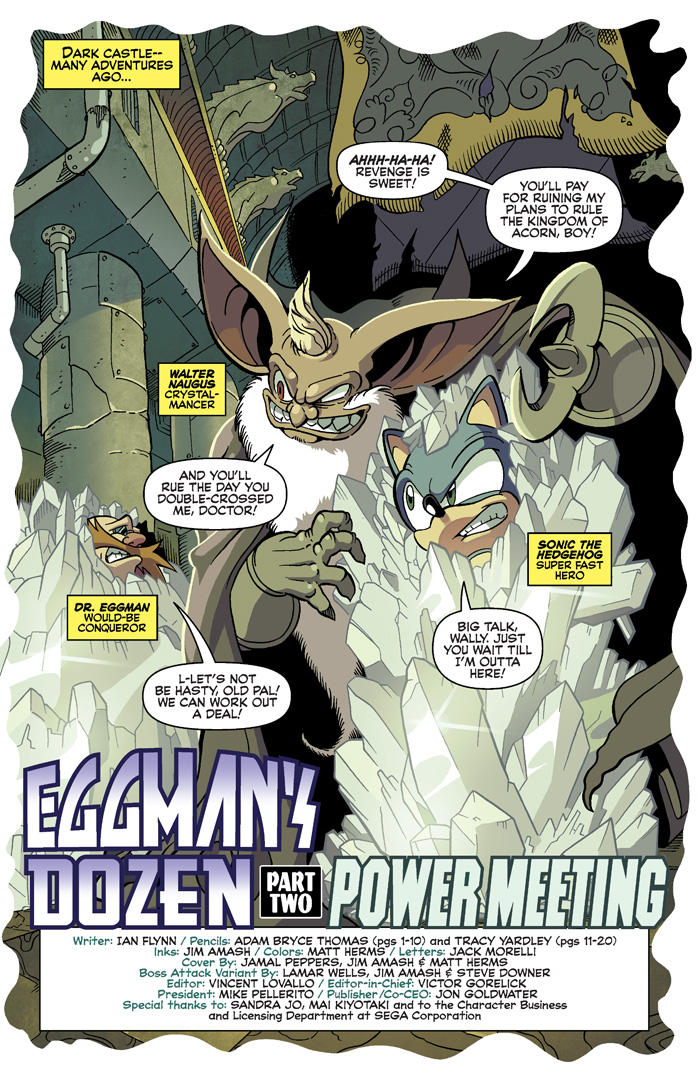 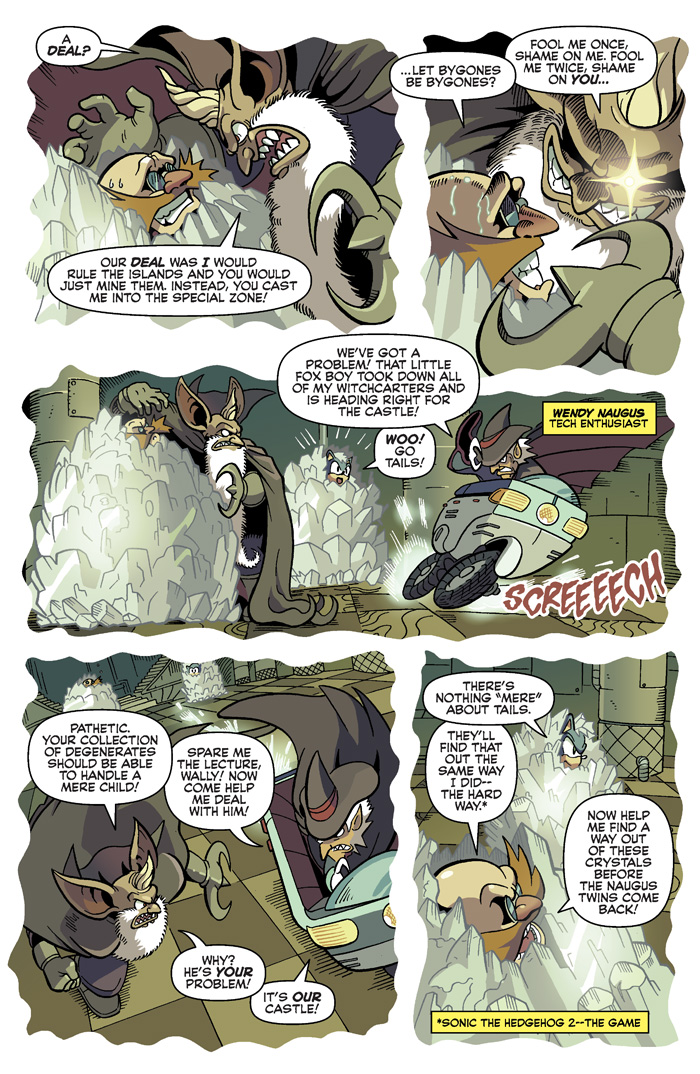 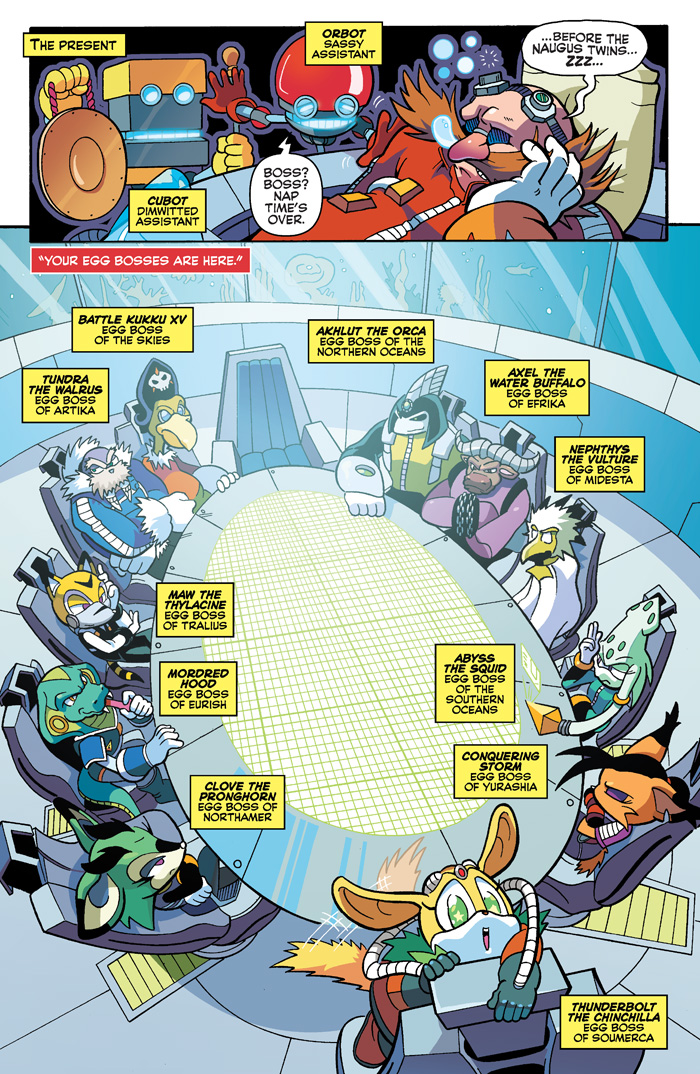 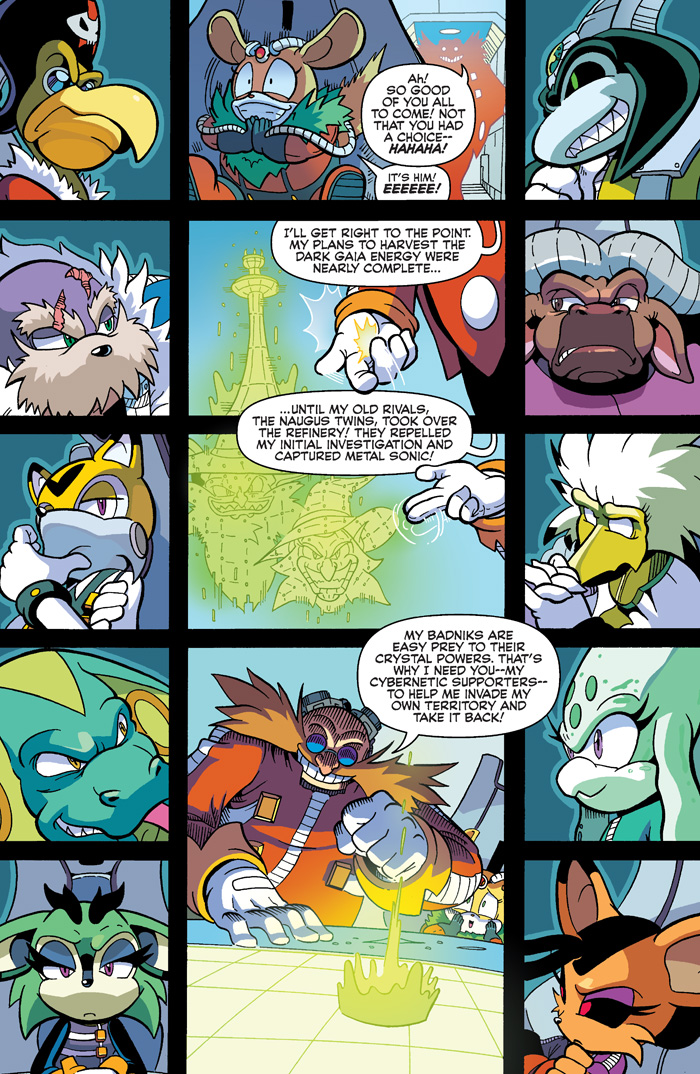 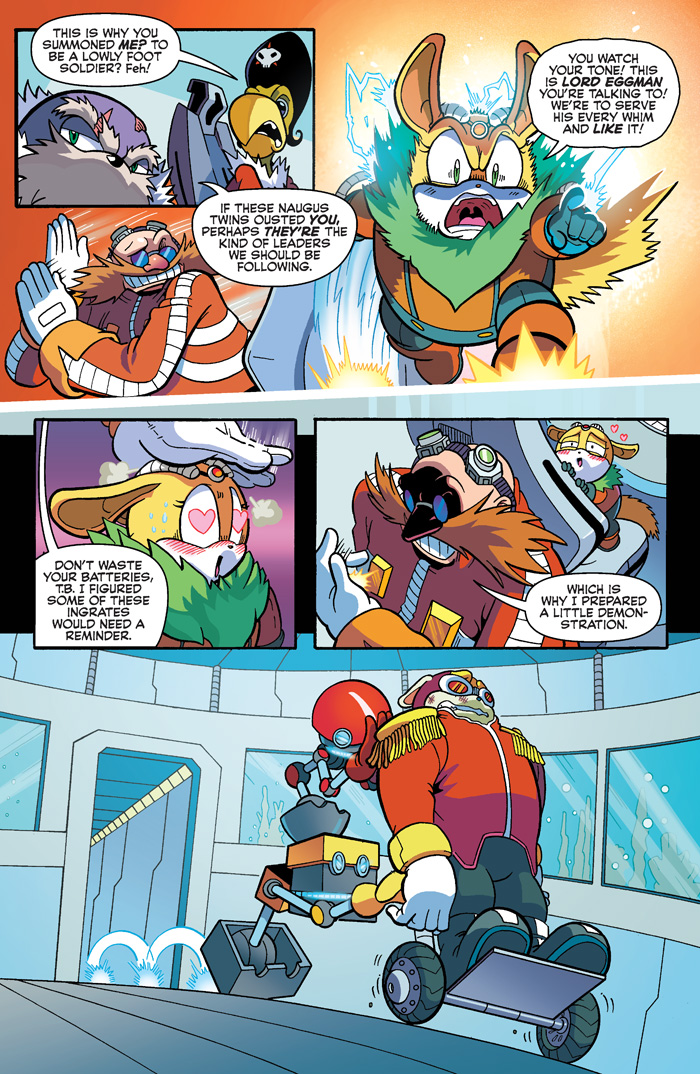