Albatross Funnybooks, the new publishing venture from The Goon creator Eric Powell, will be coming to comiXology and the Amazon Kindle Store next year. This includes Albatross Funnybooks’ new line of self-published comics and graphic novels that for the majority will come from the mind of Eric Powell.

ComiXology and the Amazon Kindle Store already have the publishing companies debut title, Hillbilly #1 available for pre-order. In order to entice you, they are also offering an original 8-page exclusive Hillbilly story for free!

If you pre-order Hillbilly #1 on comiXology and Kindle the book will automatically be added to their comic and e-book library to read upon release. An email will also notify them of the books release.

“I’m thrilled to have Albatross books available through comiXology and Kindle!” said The Goon creator and Albatross Funnybooks founder Eric Powell. “I feel digital comics are an essential format for reaching today’s readership.”

“We’re huge fans of Eric’s comics and it’s so great to see him publishing his own work,” said comiXology’s Senior Director of Communication, Chip Mosher. “We’re all over the moon to be able to offer this pre-order of Eric’s new book Hillbilly #1 on both comiXology and Kindle and look forward to supporting Albatross Funnybooks in its debut year.”

Here is what you can expect from the free original exclusive Hillbilly short: 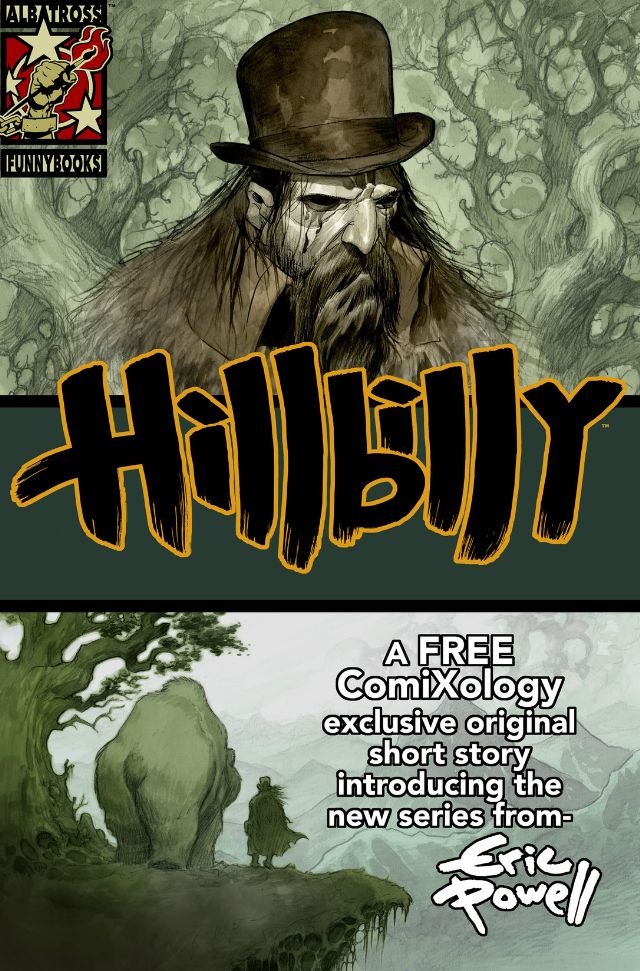 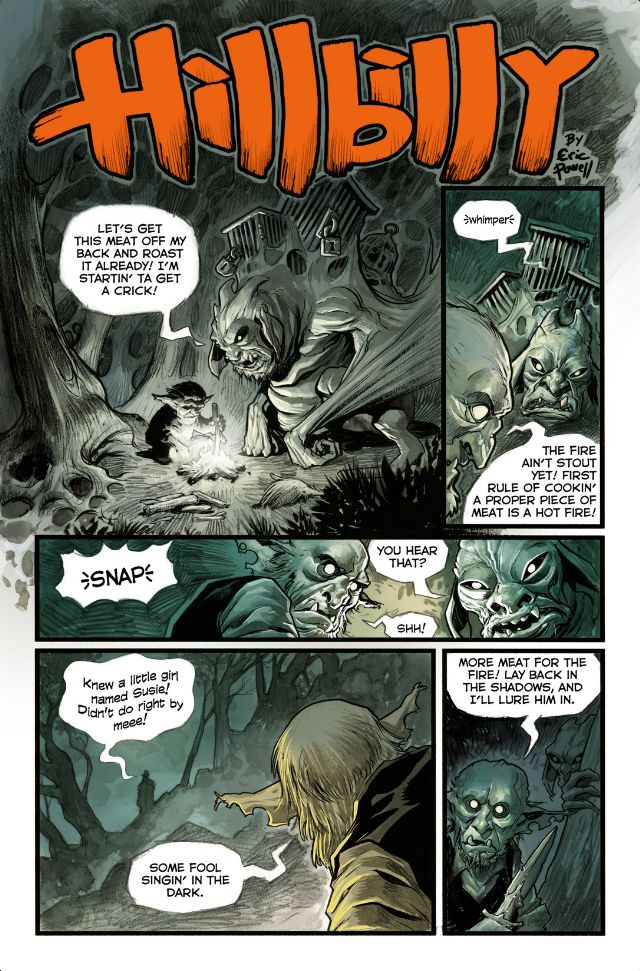 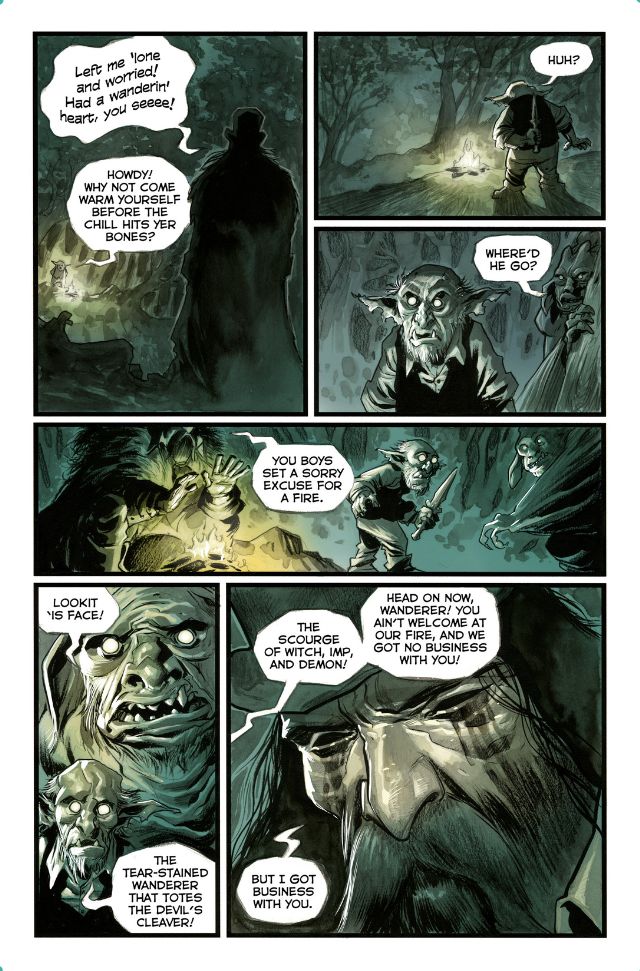 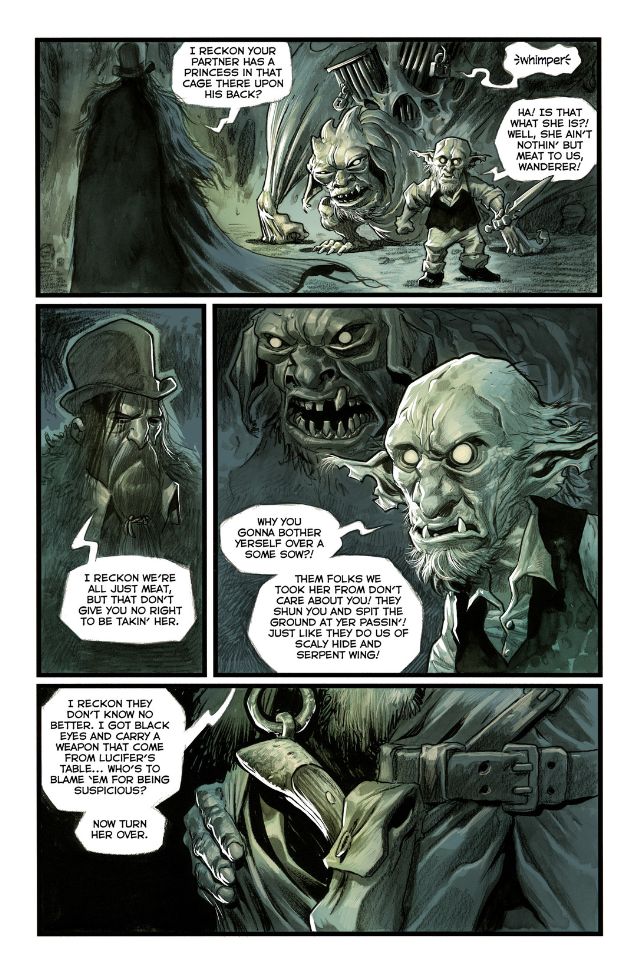