Archie Andrews, Betty Cooper, Veronica Lodge, and friends are among some of the most iconic characters in comic books. Yet despite being icons of the medium, the characters have never been that interesting to read about. They represented for the longest time a bygone era unfamiliar to most millennials and the generation prior. It was a world that seemed to resemble that of the television show Happy Days, and not our own.

However, publisher Archie Comics is trying to change all that, they’ve been updating their characters for a modern audience. They’ve taken chances with strange and unusual projects in the past such as Archie meets The Punisher, and Afterlife with Archie is no exception.

Now on its ninth issue, Afterlife with Archie tells a wonderful “what if” story involving zombies and H.P. Lovecraft styled monsters. Much like The Walking Dead by Robert Kirkman, it follows a group characters trying to survive the Zombie Apocalypse. Instead of following the likes of modern hero Rick Grimes and company; our heroes and villains are made up of characters that were first created in the 1940s.

[easyazon_link identifier=”B01E6LO8F6″ locale=”US” tag=”bounintocomi-20″]Afterlife with Archie #9[/easyazon_link] follows Reggie Mantle, the egotistical second best friend to Archie Andrews (first being the now zombified Jughead Jones). If you’ve been reading this series from the beginning you know he is partially responsible for the zombie outbreak. Reggie was the one who initially killed Hotdog, the first of the zombies. 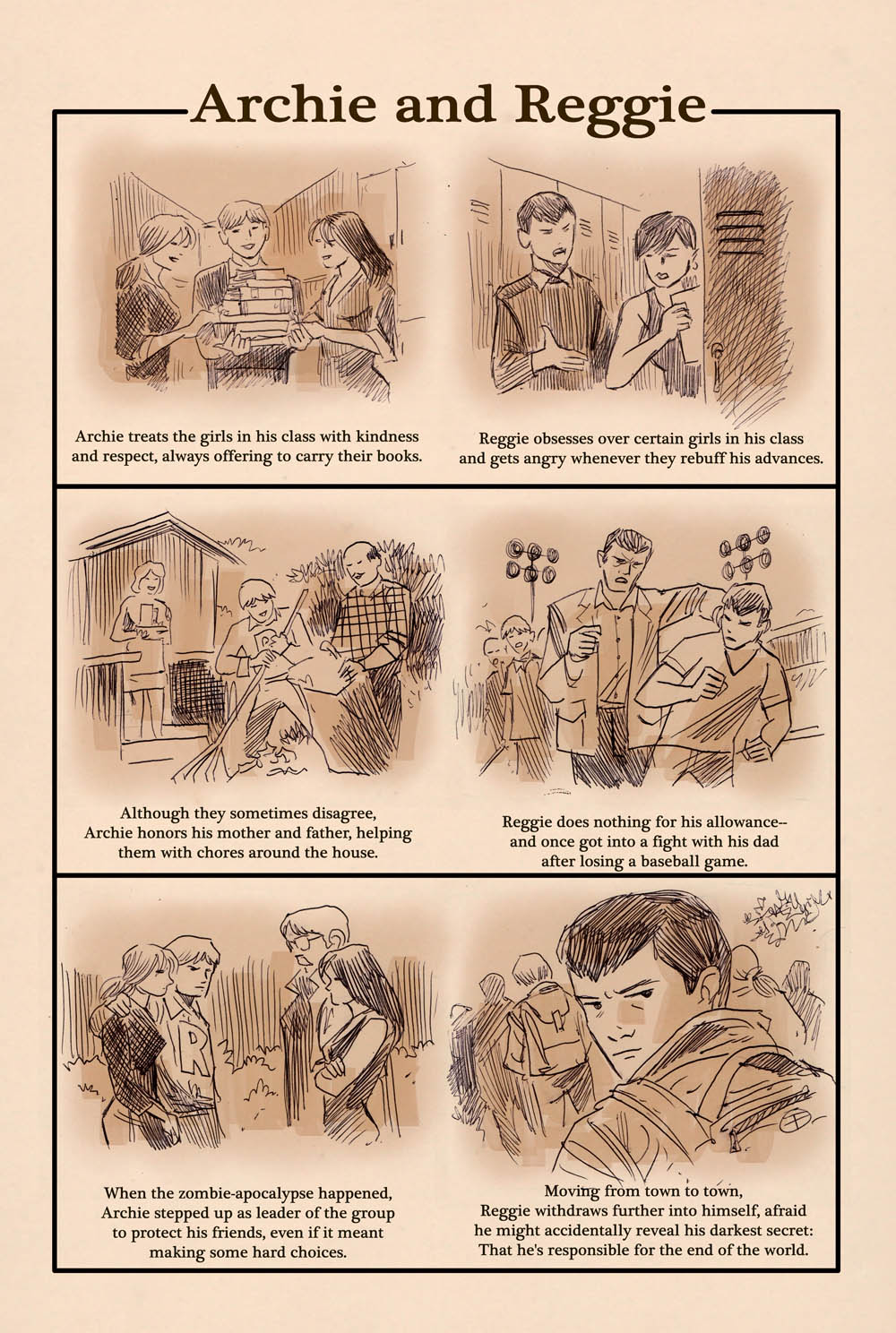 In this issue we learn why Reggie killed the hapless canine, and just who exactly he is on the inside. The author Roberto Aguirre-Sacasa continues to build on the personalities of our cast, he alludes that Reggie may be a sociopath. However, Reggie has a difficult time coming to terms with that.

Reggie comes face to face with the other person chiefly responsible for the zombie apocalypse. That person is teen witch Sabrina Spellman, Sabrina will give Reggie a choice, the sort of choice that could mean terrible consequences for Archie and the rest of the survivors. 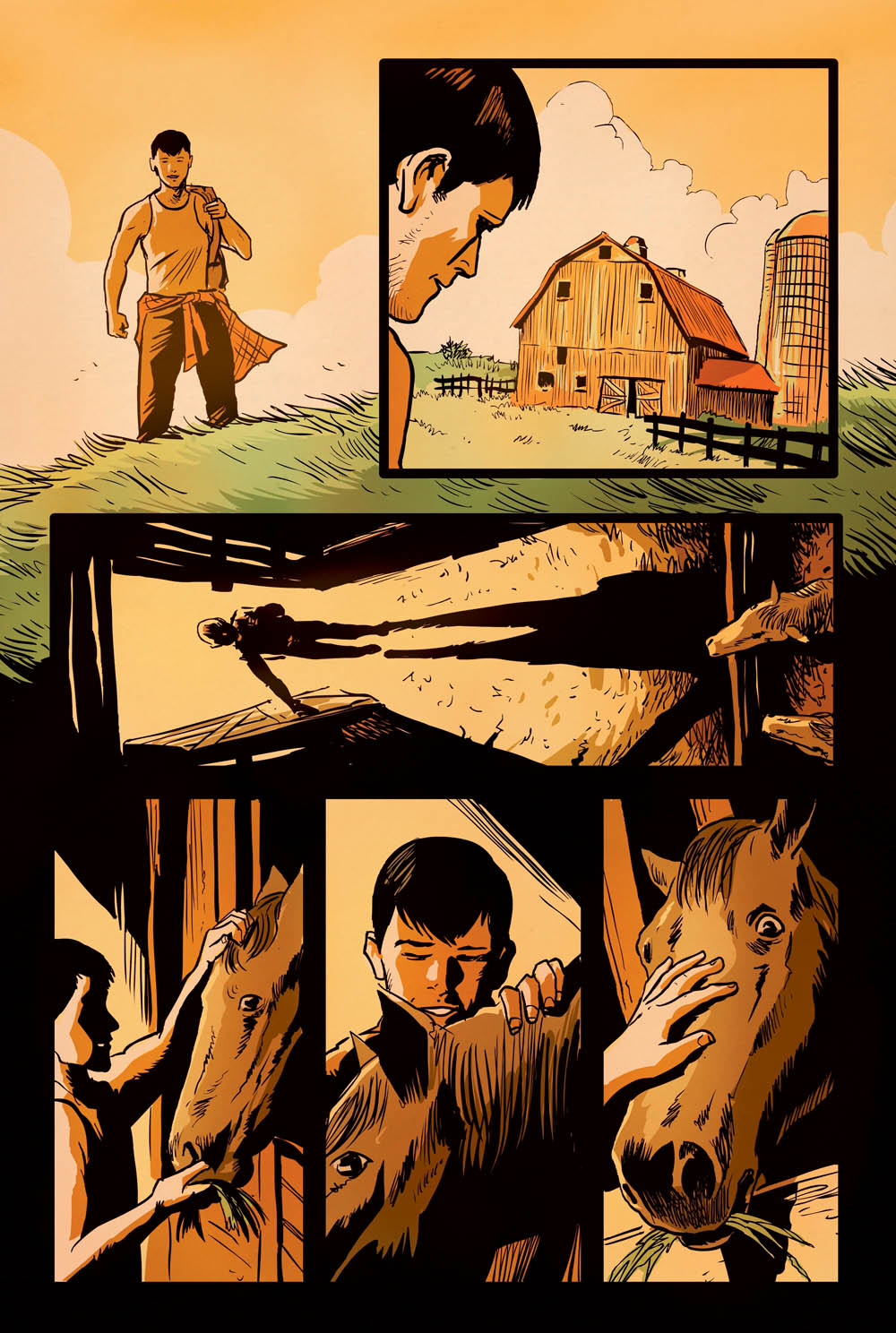 Artwise, Francesco Francavilla is knocking it out of the park with his covers. He uses hints of EC Comic art,mixed with European movie posters, and eerie angles to craftily construct a beautiful front cover. Yet interior wise it isn’t always as compelling. At times the art appears more basic and less interesting to look at. Then at other times he hits you over the head with the most bizarre looking image of Sabrina possessed by a Cthulu monster. His colors though are great, the palette shifts from warm to cold to best reflect the mood of the characters and moment.

Issue nine, for anyone looking to get into this series, is a great place to start. Reggie returns the readers back to the beginning of the story, this time giving his perspective on how the events first took place. Plus, we get to learn more about him as a character and his motivations for doing what he did. Loyal readers will also not feel cheated, this issue does not completely retell the beginning of the story either, instead we are given new information.

This is probably the best written issue so far. The concept has been great, but in previous issues I took issue with some of the dialogue, and the use of word balloons which seem to be an outdated storytelling device in comics. However, none of these complaints carry over into this issue. 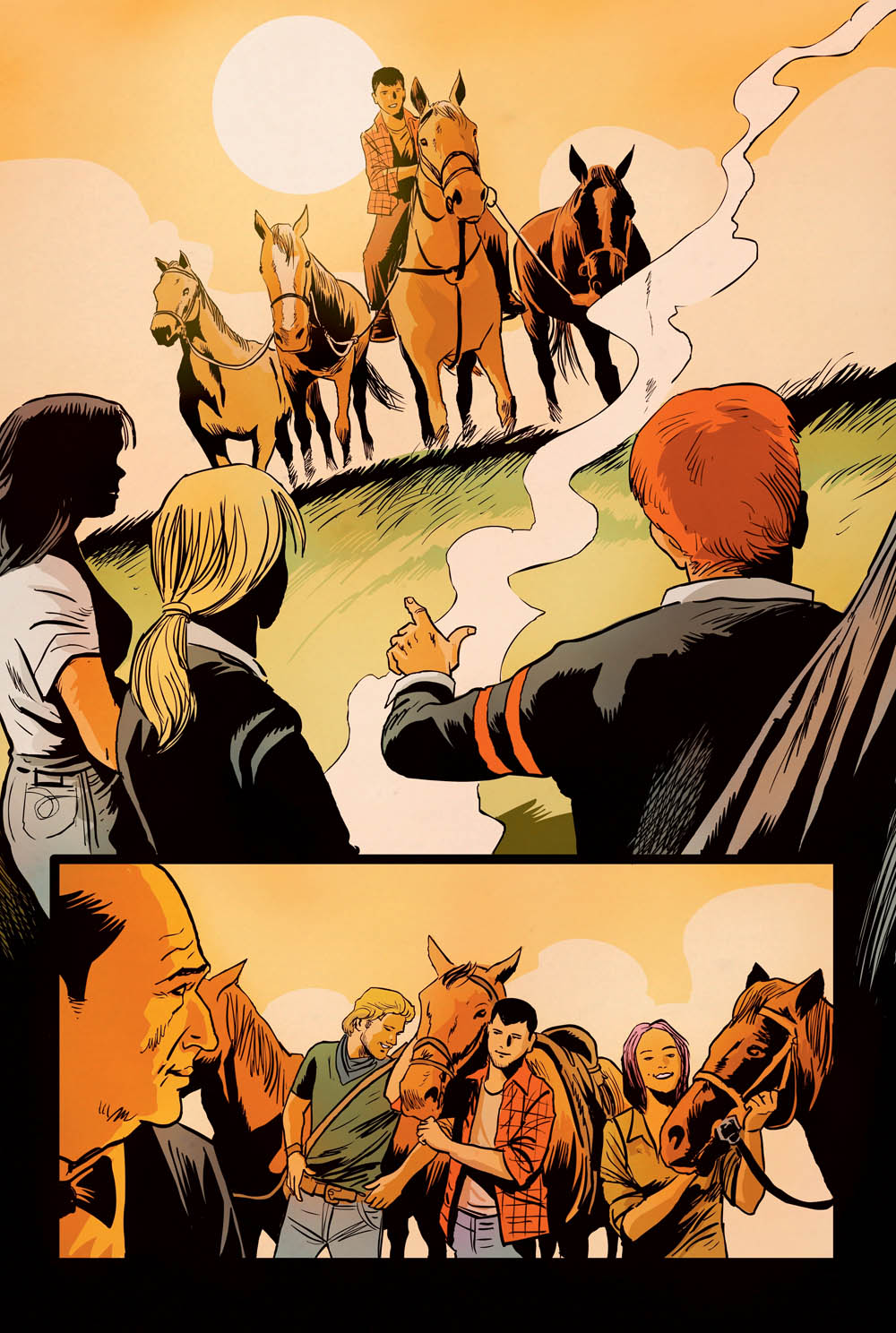 [easyazon_link identifier=”B01E6LO8F6″ locale=”US” tag=”bounintocomi-20″]Afterlife with Archie #9[/easyazon_link] is a good book and is the best written in the series so far. Earlier issues have had some clunkier dialogue, and used storytelling devices I’m not a huge fan of. We get plenty of backstory in this issue that should hopefully fill in some narrative gaps. Since this is sort of a retelling of previous events it is also a good jumping on point for readers. Artwise the covers are amazing, but the interiors flip flop.