Batwoman puts Red Robin and pals through bootcamp, while Batman hunts for the origins of a group known as The Colony in [easyazon_link identifier=”B01DKZ7UG8″ locale=”US” tag=”bounintocomi-20″]Detective Comics #935[/easyazon_link].

In the heart of Gotham City, inside a new base known as The Belfry, Batwoman continues the training of Red Robin, Clayface, Spoiler and Orphan. Red Robin faces a decision that may force him to choose between his loyalty to Batman and his loyalty to his girlfriend, Steph. Meanwhile, Batman learns the identity of the group responsible for the attack on Azrael and begins his pursuit…but the hunter may end up being the hunted before this chapter of Detective Comics comes to an end. 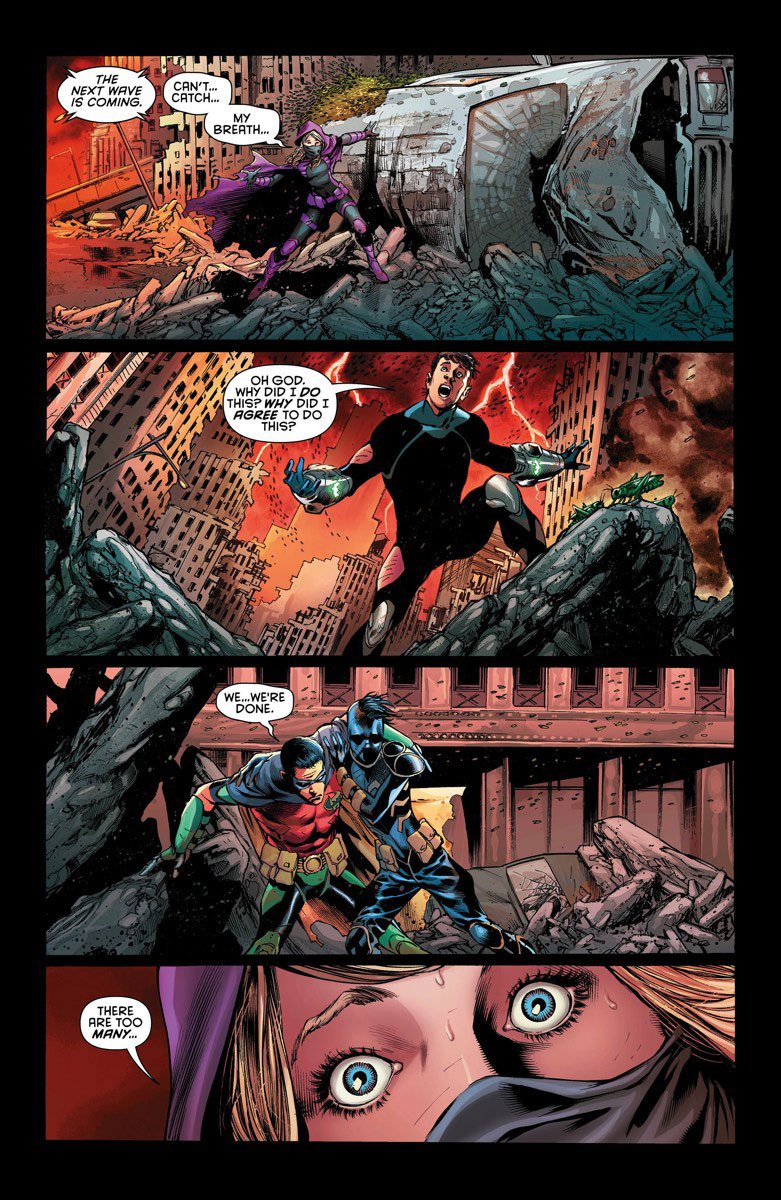 Writer James Tynion IV, who worked with Scott Snyder on the New 52 version of Batman, takes the reigns with the rebirth of Detective Comics. The book certainly appears to be in good hands. The story is well-paced and rhythmic and is driven forward seamlessly between scenes. With Batman’s team assembled, there will be plenty of opportunities for subplots and tangent story lines, such as the one introduced in this issue in which Tim Drake (aka Red Robin) struggles with a decision that will ultimately force him to choose where his loyalties really lie.

As well written as this book is, the real star of the show is Eddy Barrows’ artwork. Not only is it absolutely beautiful, but the panel layouts are creative, offering unique visual angles that enhance the storytelling. Eber Ferreira’s ink work is equally as impressive, especially given the nature of a Batman book, in which the characters spend the majority of their time in the darkness of night or lurking in the shadows. It’s all brought together, though, by colorist Adriano Lucas, who is able have a character blend into a background of bland, muted hues, or have them pop off the page in vibrant color. 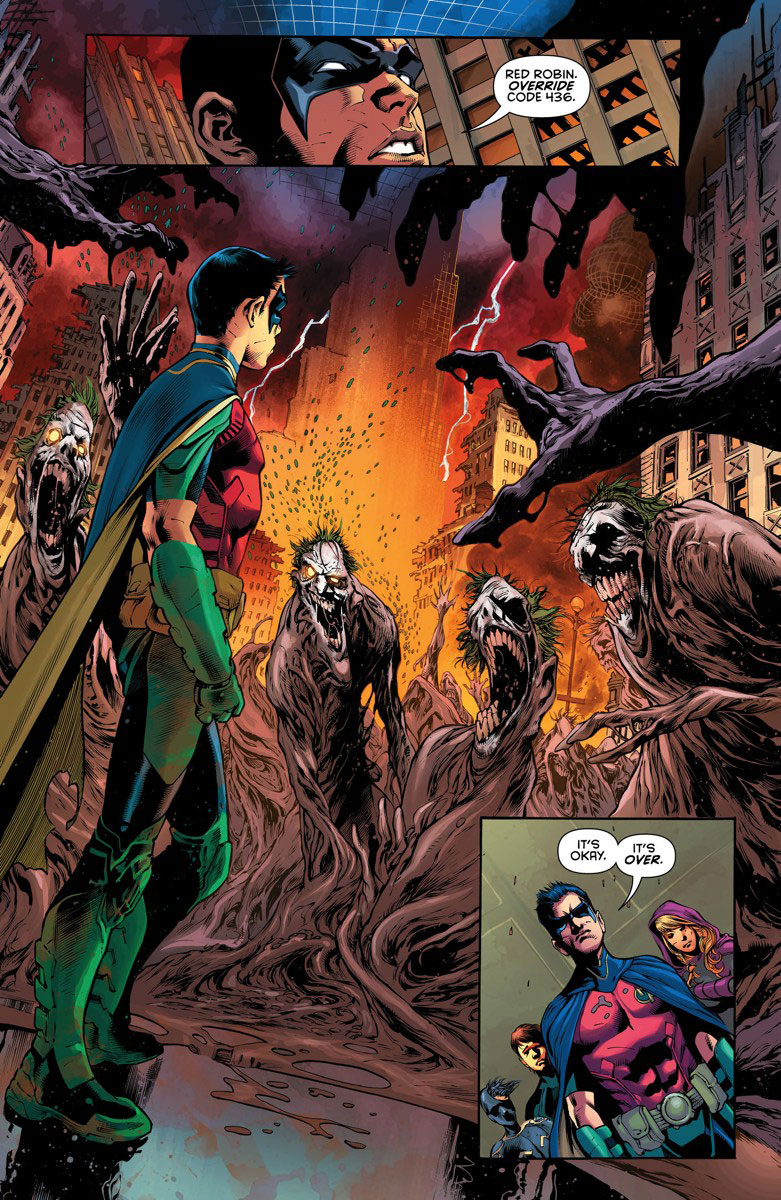 [easyazon_link identifier=”B01DKZ7UG8″ locale=”US” tag=”bounintocomi-20″]Detective Comics #935[/easyazon_link] is a wonderfully well-written story that will entertain both Batman die-hards and newcomers alike. The artwork really steals the show, though, as the pencils, inks and colors all come together to form a masterpiece of comic art.