On Saturday at the Baltimore Comic Con, Valiant gave us their “The Future of Valiant and Beyond.” It featured creators Fred Van Lente, Rafer Roberts, and B. Clay Moore. Valiant wove us through their brand new line-up of comics and even gave us some never before seen panels!

The panel started with Fred Van Lente’s brand new book Generation Zero. Fred described how he modeled Brook, Michigan after Grand Rapids. In addition, he also gave us a sneak peek at the brand new villains the team will face. They are called the Corner Men and they might be one of the more interesting villains I have ever seen, mainly because they can only materialize through right angles. 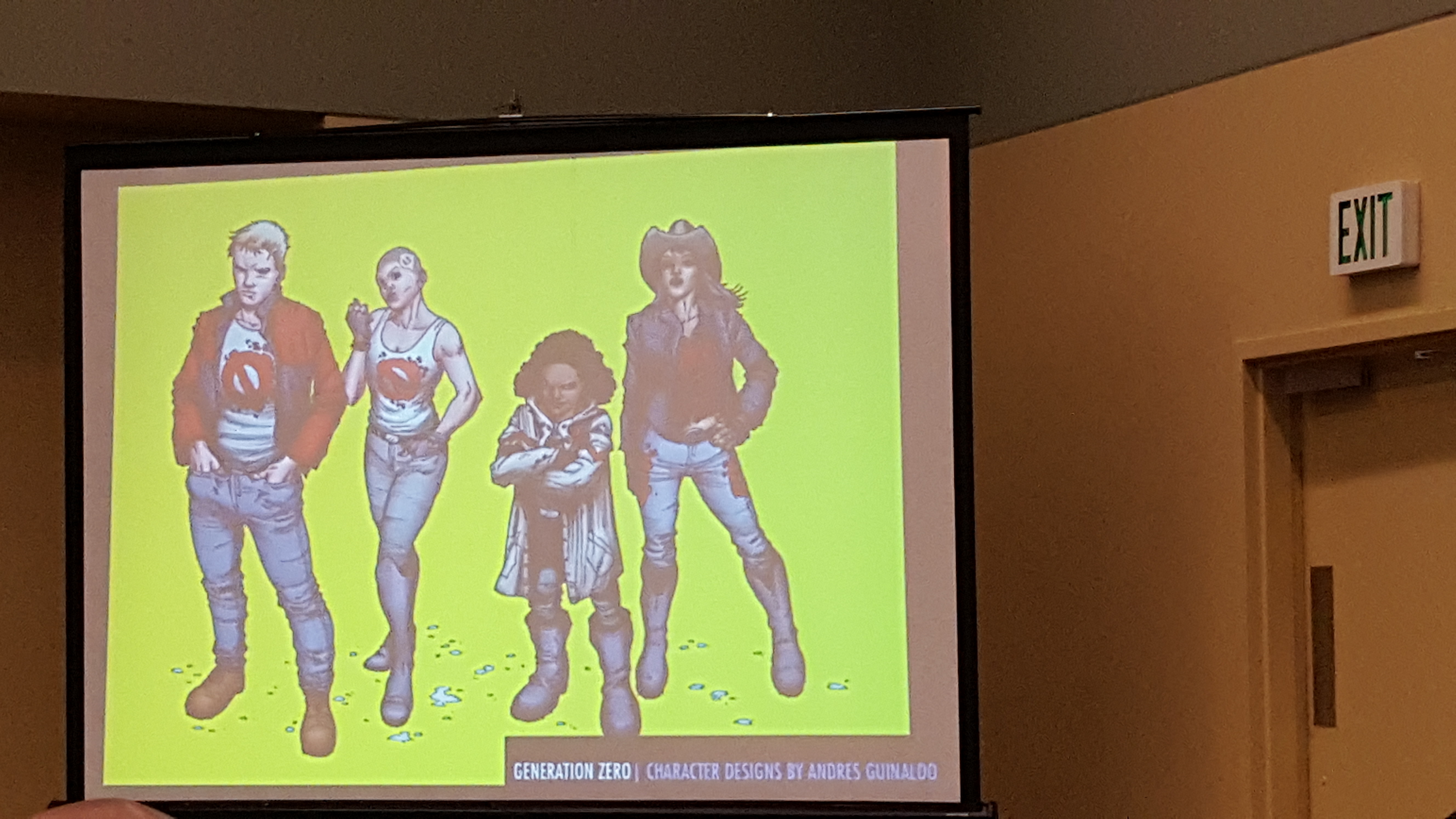 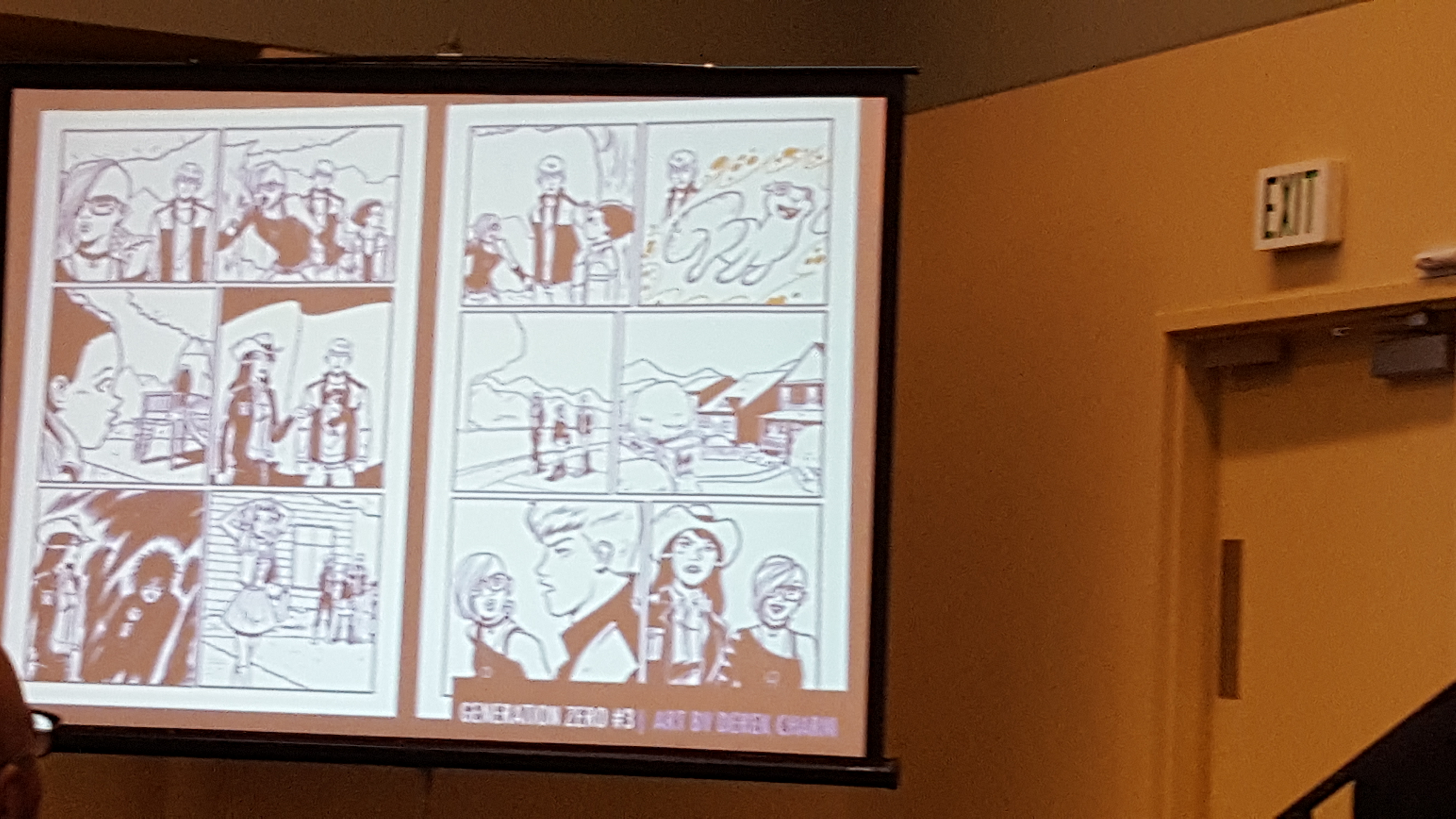 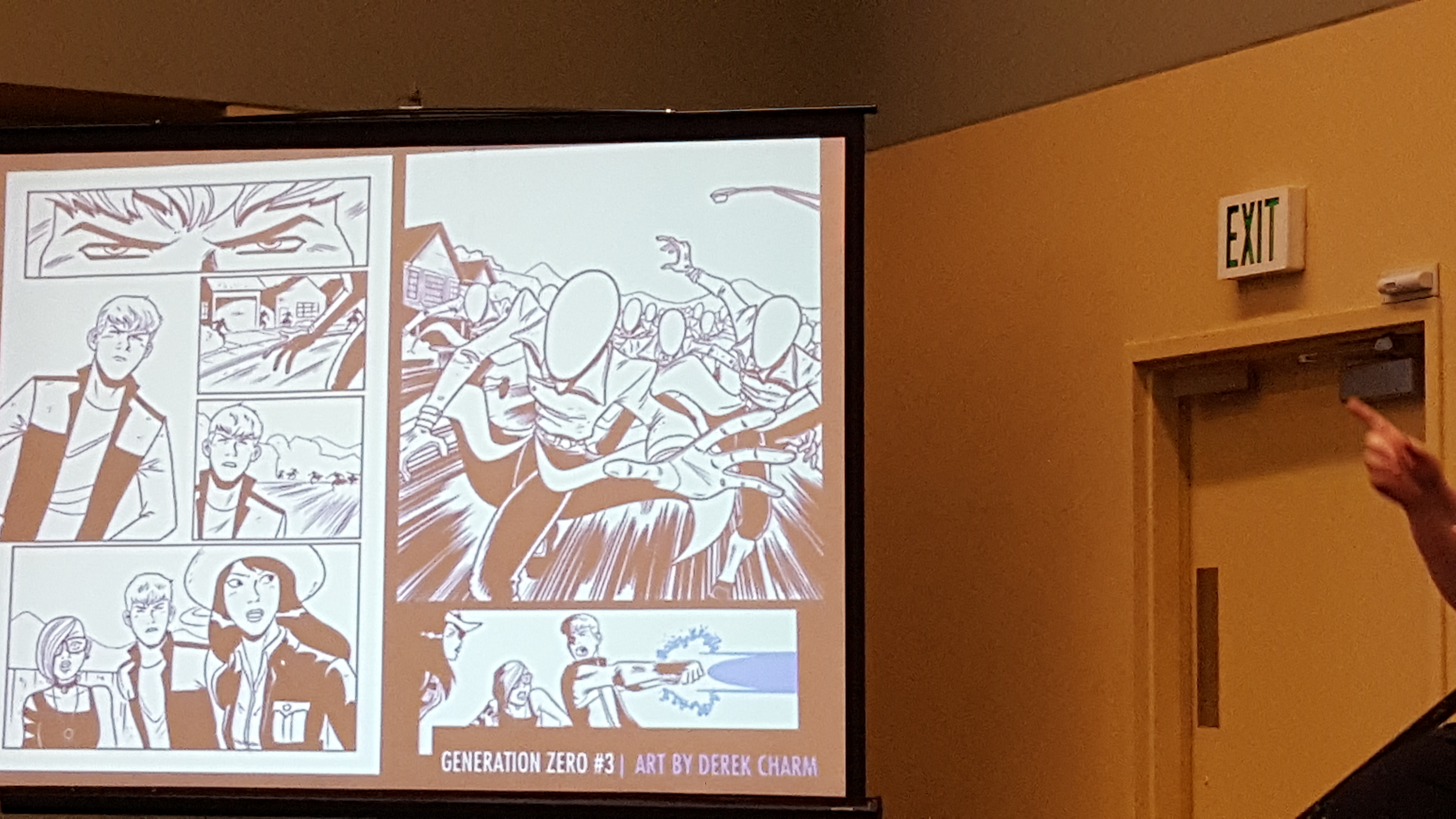 We next moved on to Rafer Robert’s Harbinger Renegades. The story takes place six months after Toyo Harada is defeated. Faith realizes the world needs the Harbinger Renegades and brings the team back together. Peter will even make a return from his self-imposed exile in space.

Rafer really delves into the characters. He is extremely fascinated by Torque. He describes him as having toxic masculinity where he projects strength but on the inside he is just a shell of his outward projection. Along with his characterization, Rafer also hopes to examine Torque’s career as a reality television star and the real world idolatry of reality television. He wants to examine the hero worship of fake heroes versus those of heroes who are actually putting their lives on the line and performing real heroic acts.

Rafer also revealed the villains the Renegades will face. A new group called The Future will rise from the chaos of Harada’s defeat. Led by The Mind, they will try to continue Harada’s legacy by activating child psiots. Unfortunately, The Future has a lower success rate than Harada and end up mass murdering a number of children. 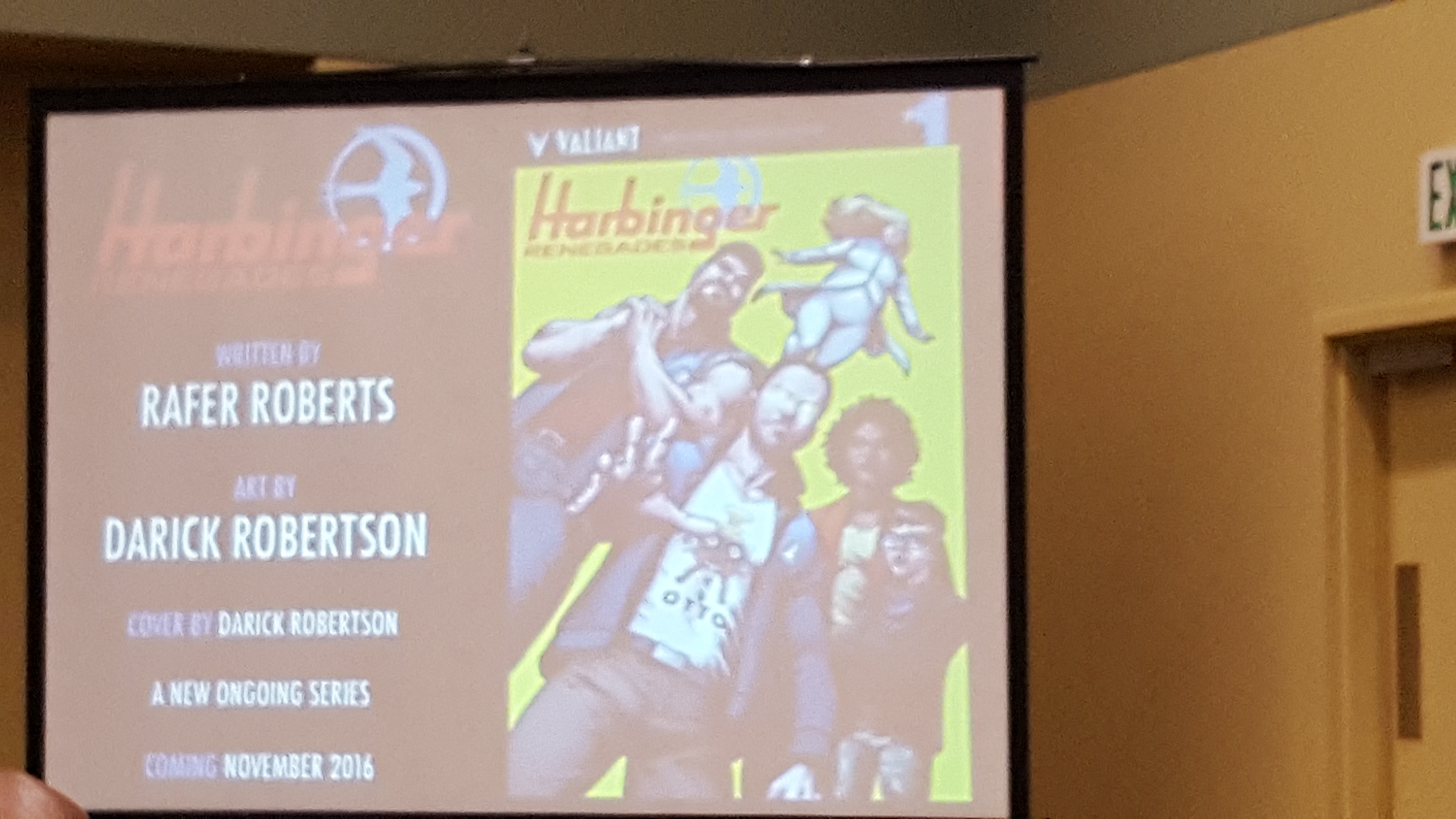 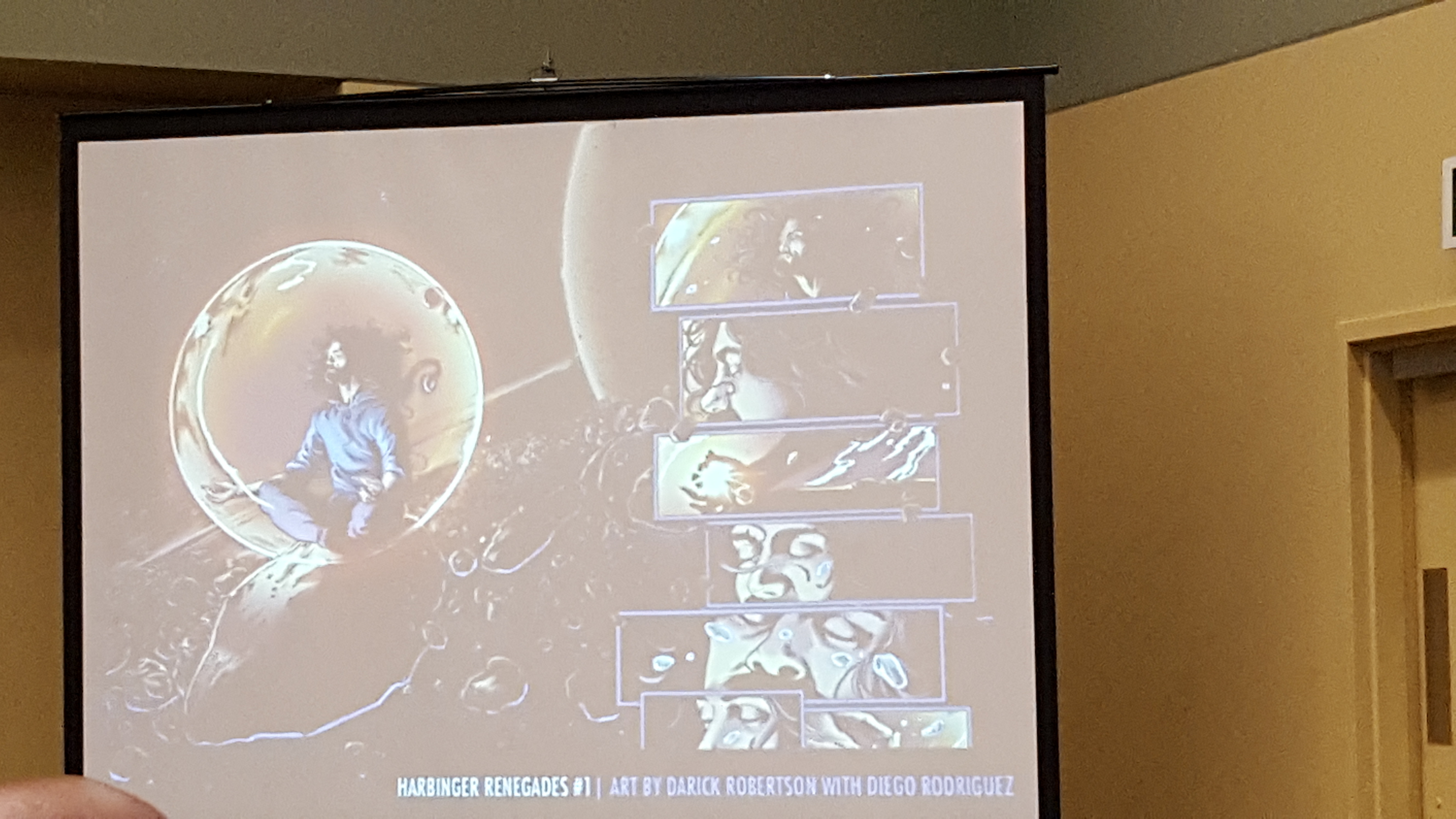 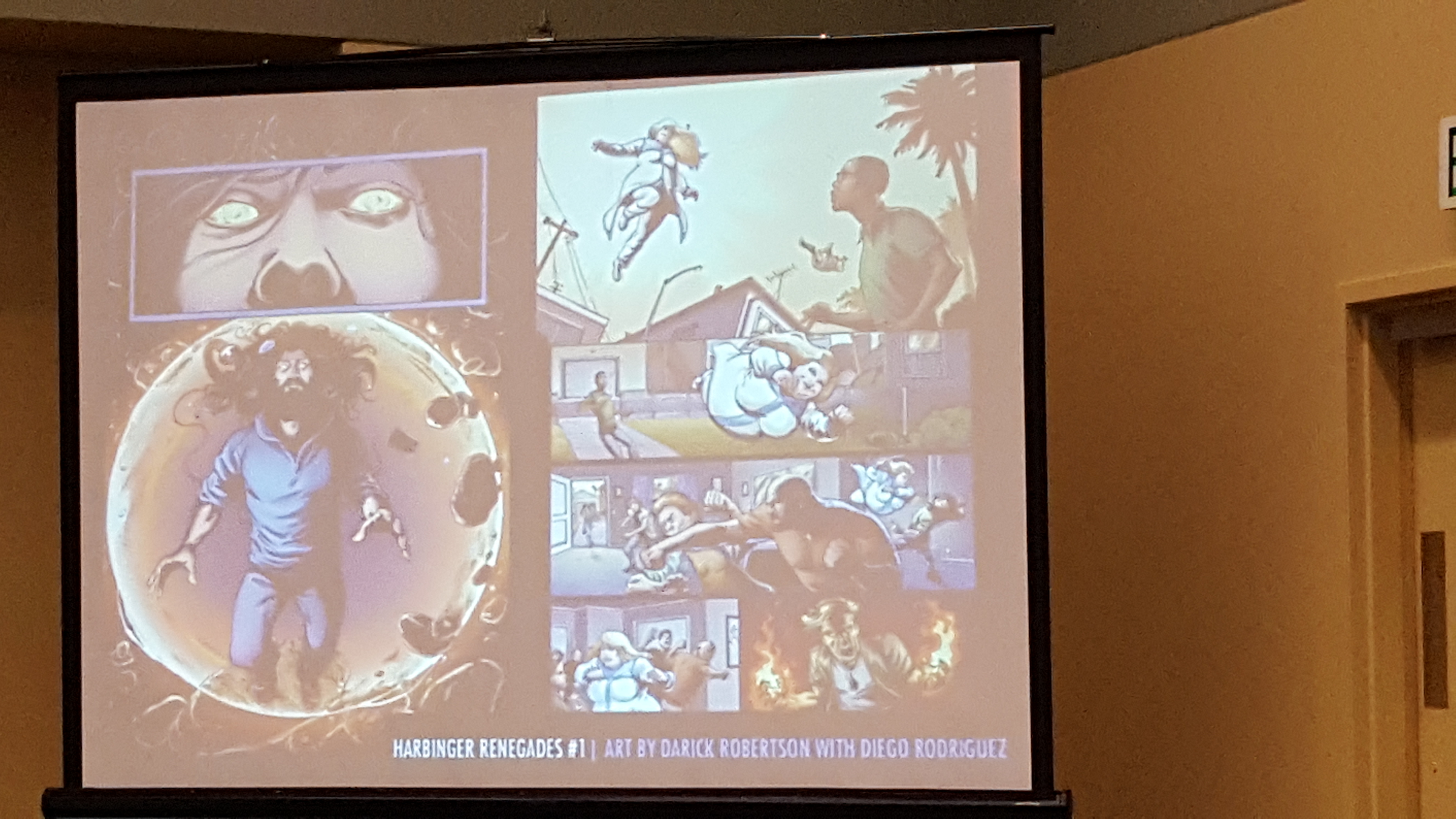 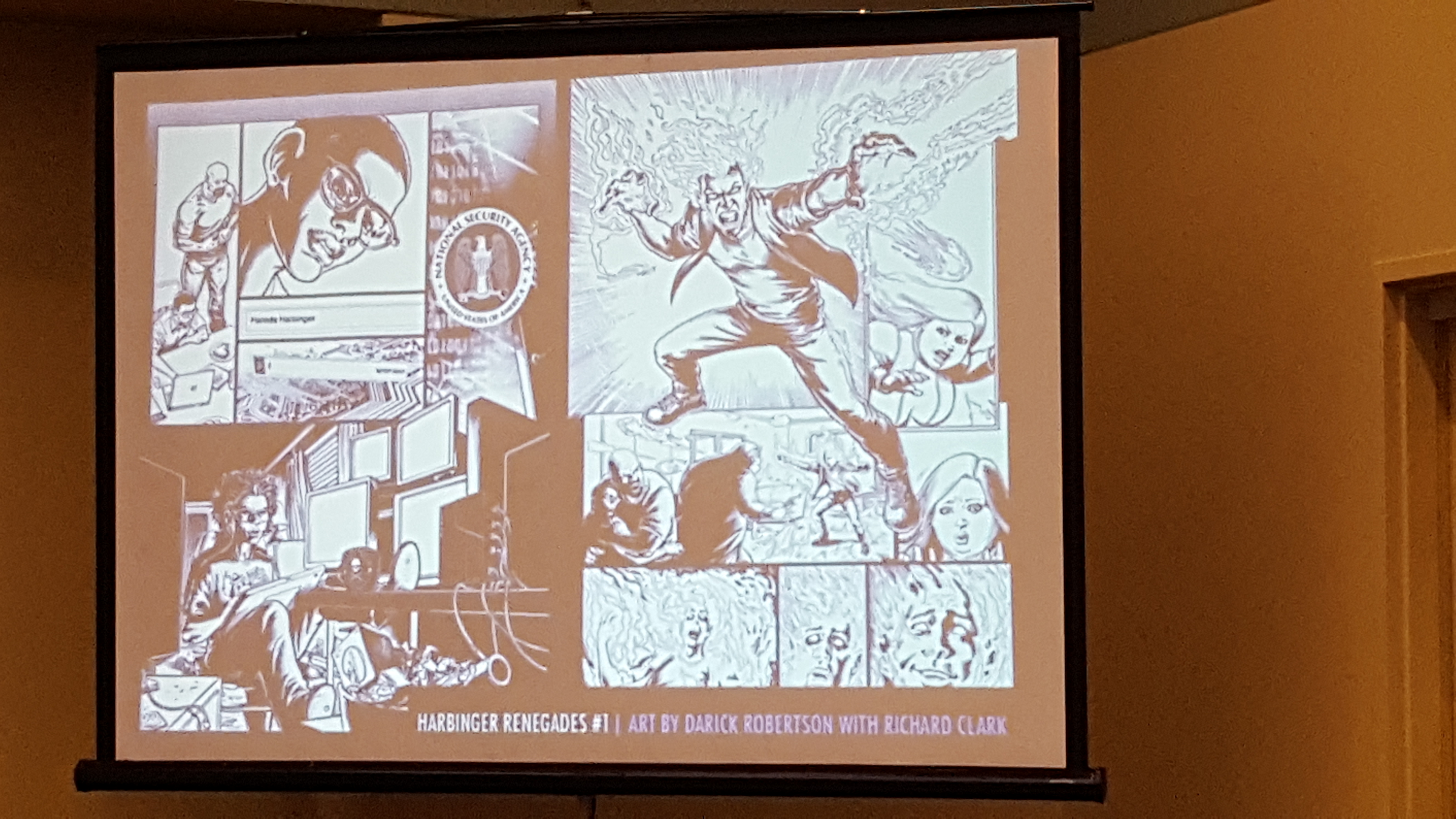 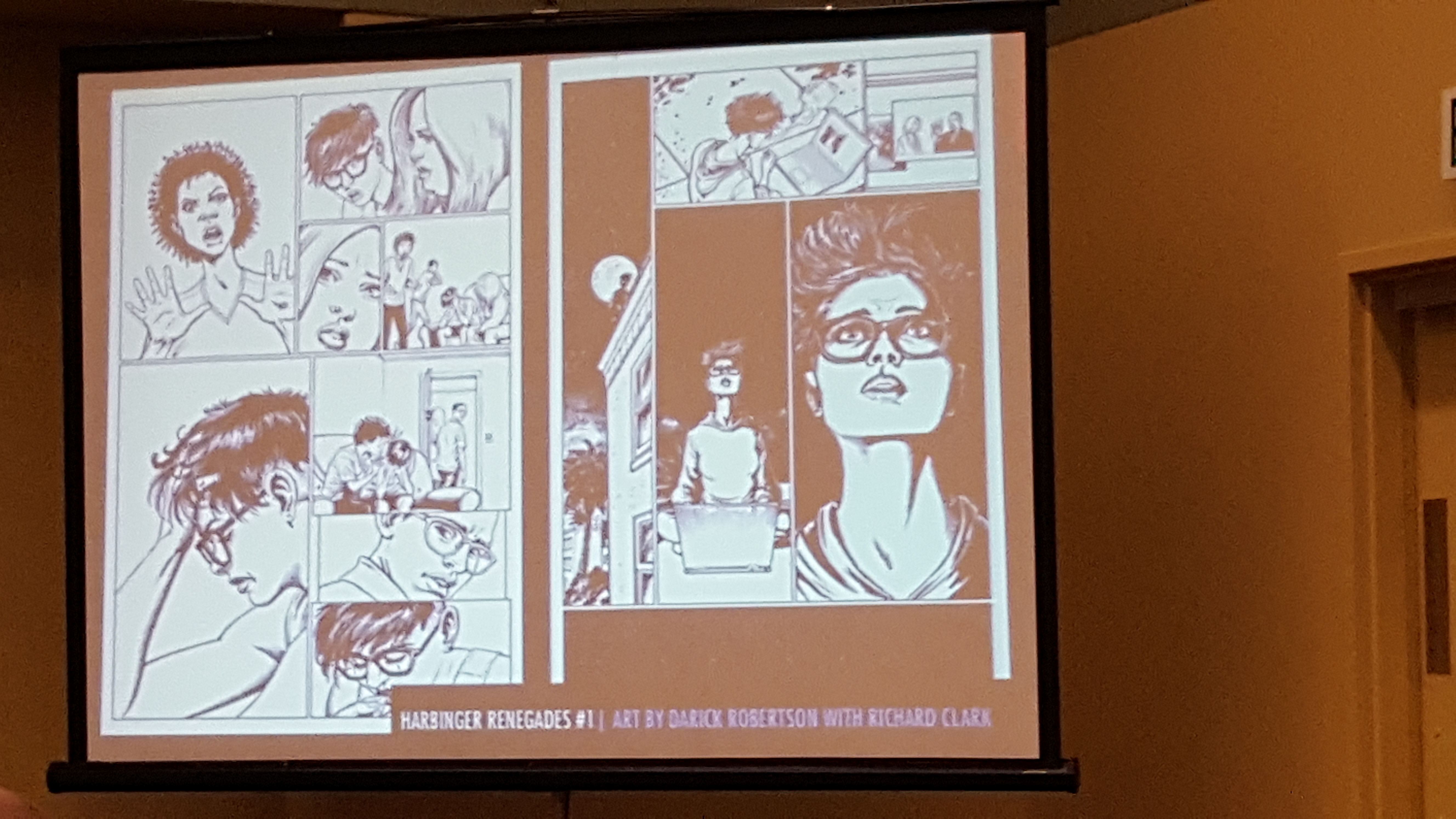 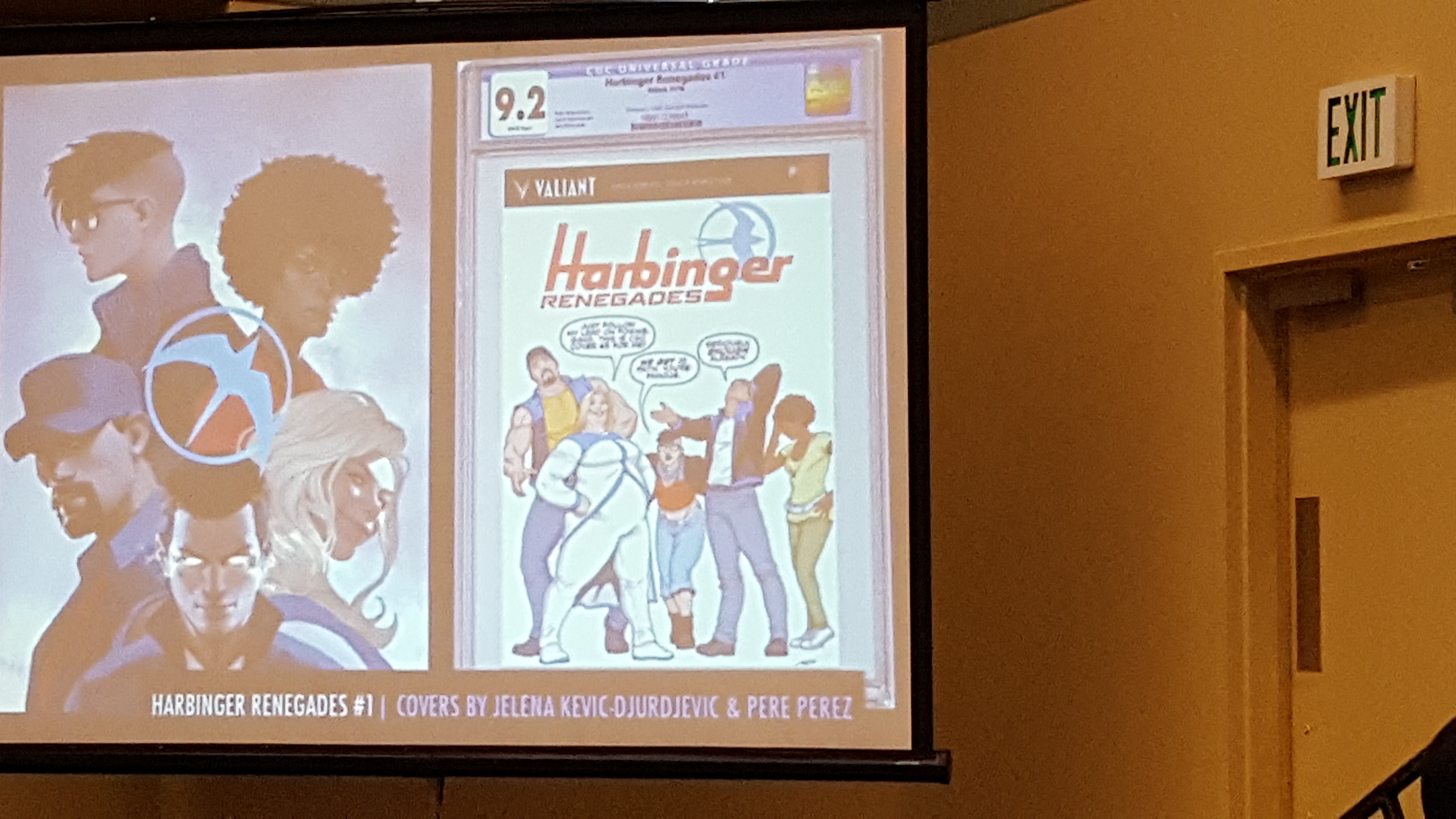 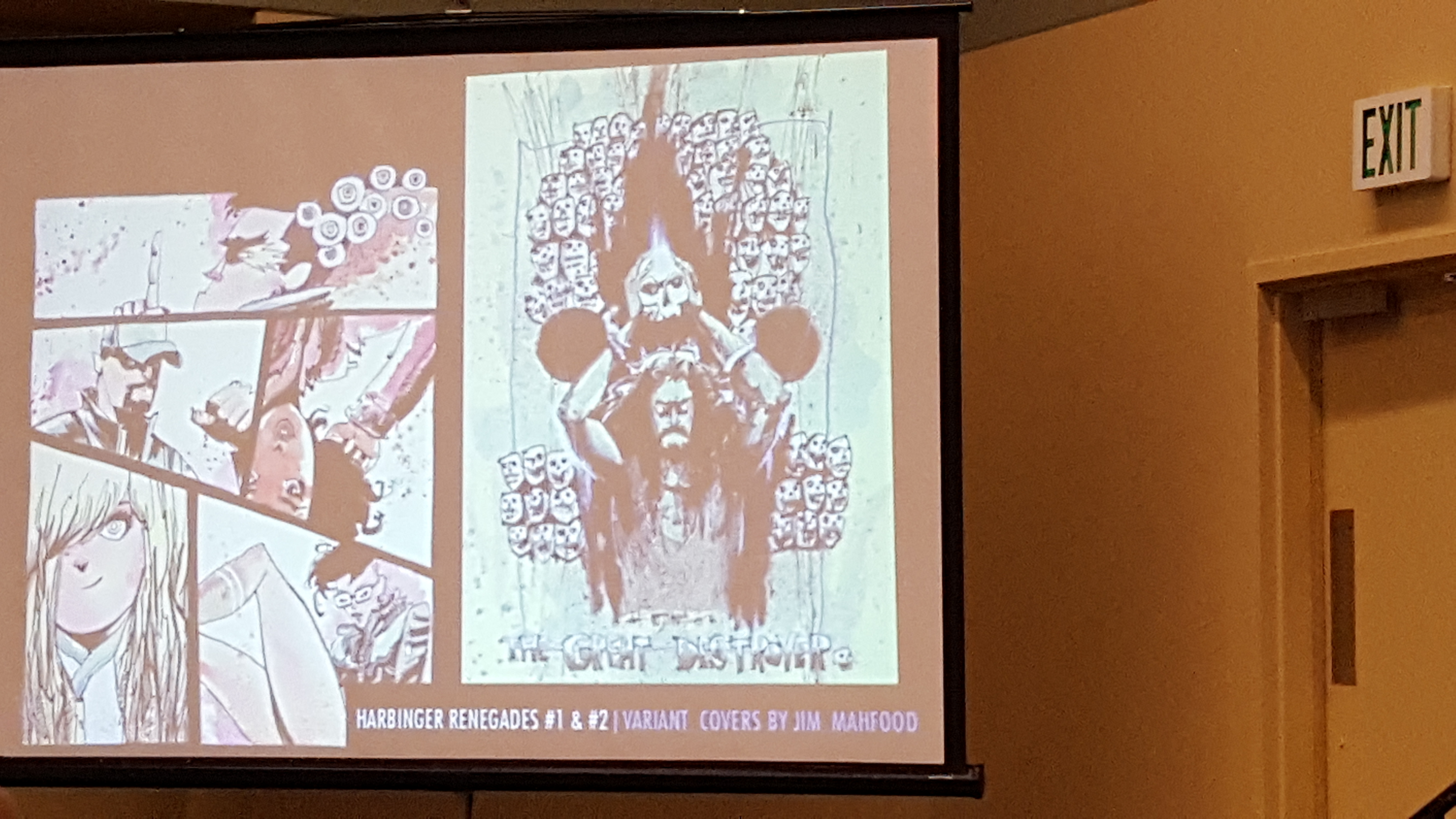 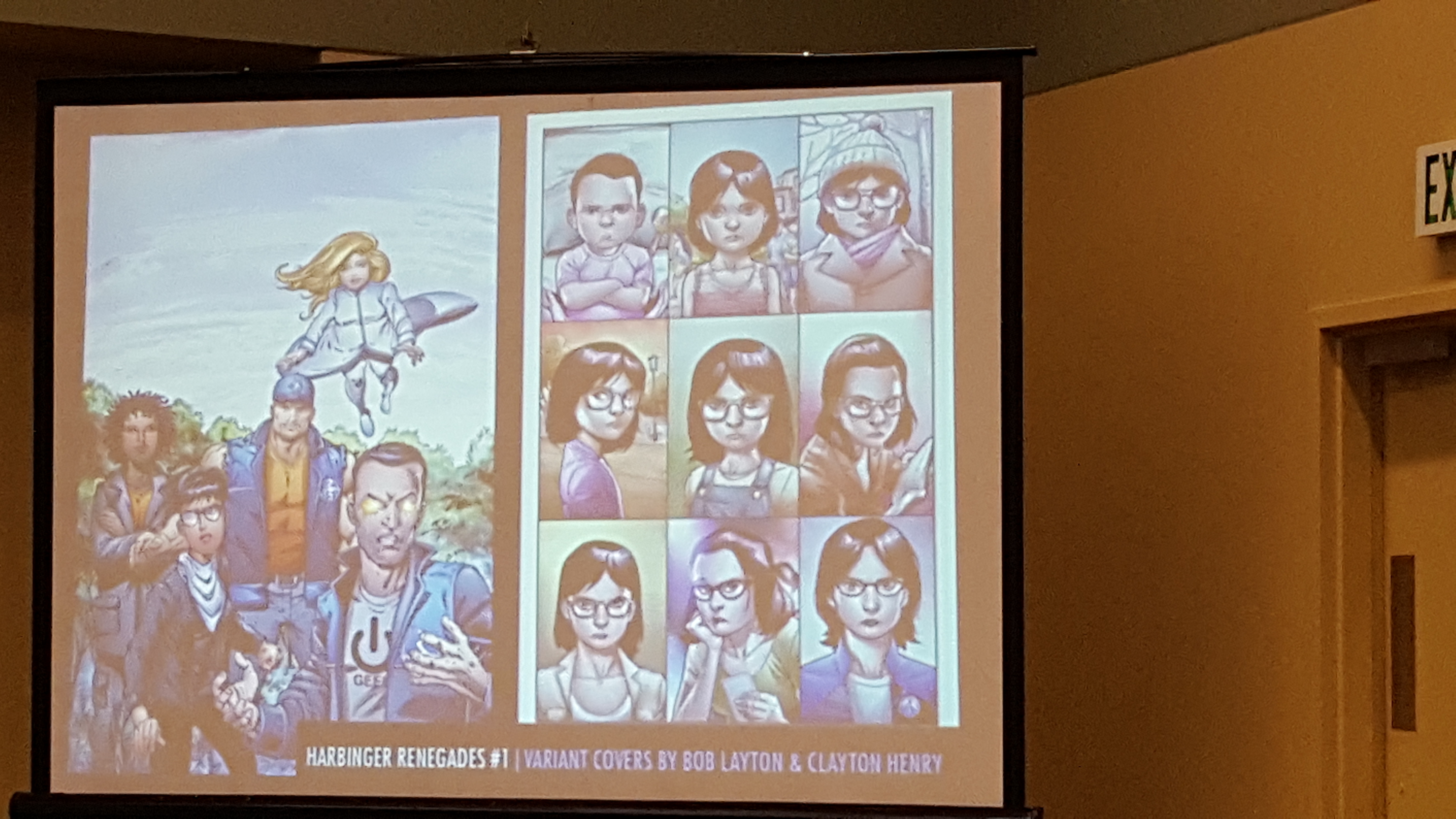 Van Lente also teased that we might just see Generation Zero going head to head with the Harbinger Renegades in an upcoming story arc or even a possible event book. Both teams have very different methods of leadership and operation; those two will eventually lead them to cross paths.

The panel then shifted gears to Britannia where we got a teaser of Antonius Axia, history’s first detective. The book takes us back to the Roman Empire. It will give us a darker side to the Valiant Universe, as Valiant described it as a mix of True Detective with Game of Thrones. Axia does have an interesting origin where he is exposed to noxious gases as he rescues a group of vestal virgins. These gases mess with his psyche, making it difficult for him to determine what’s real or not. 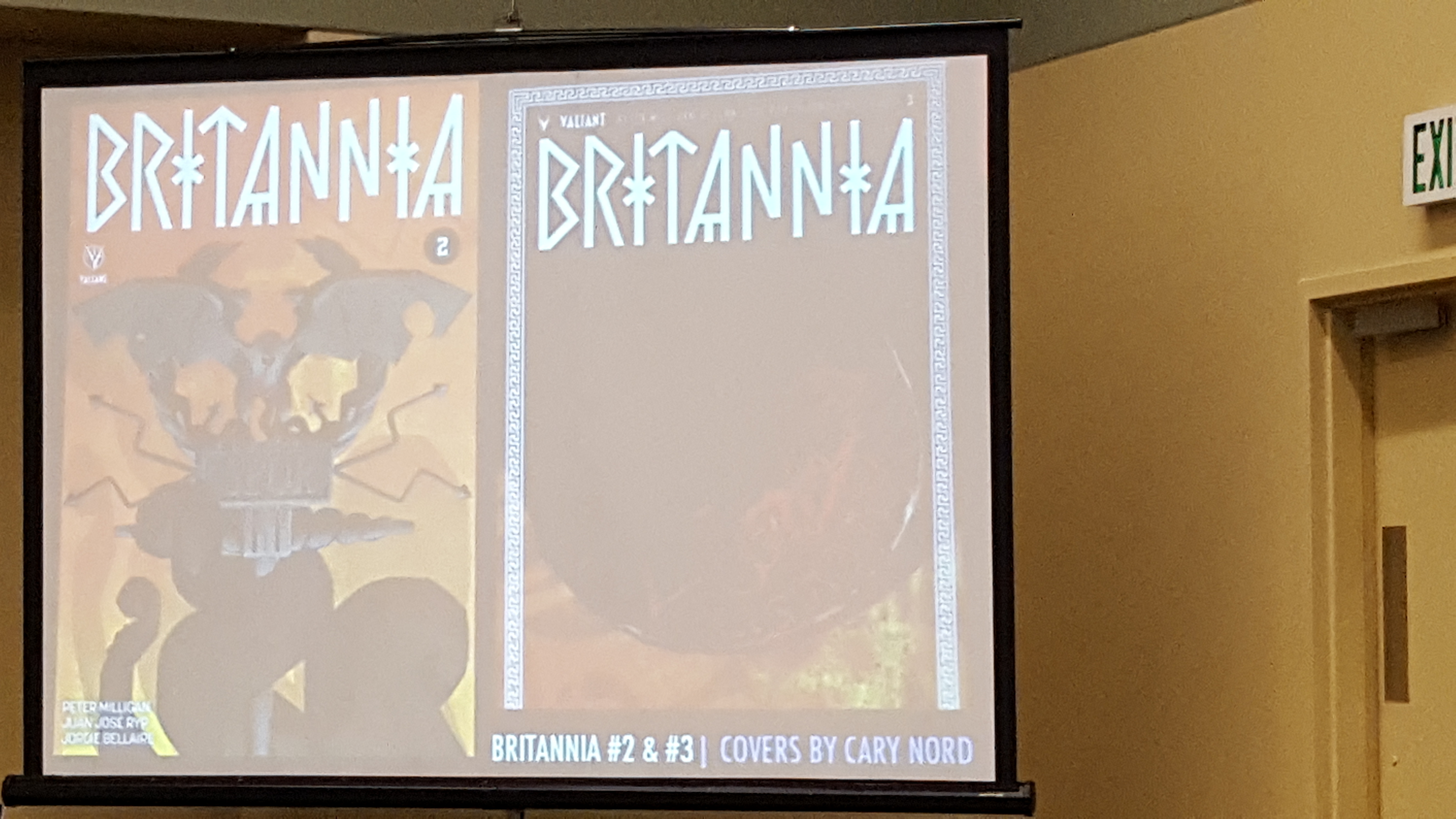 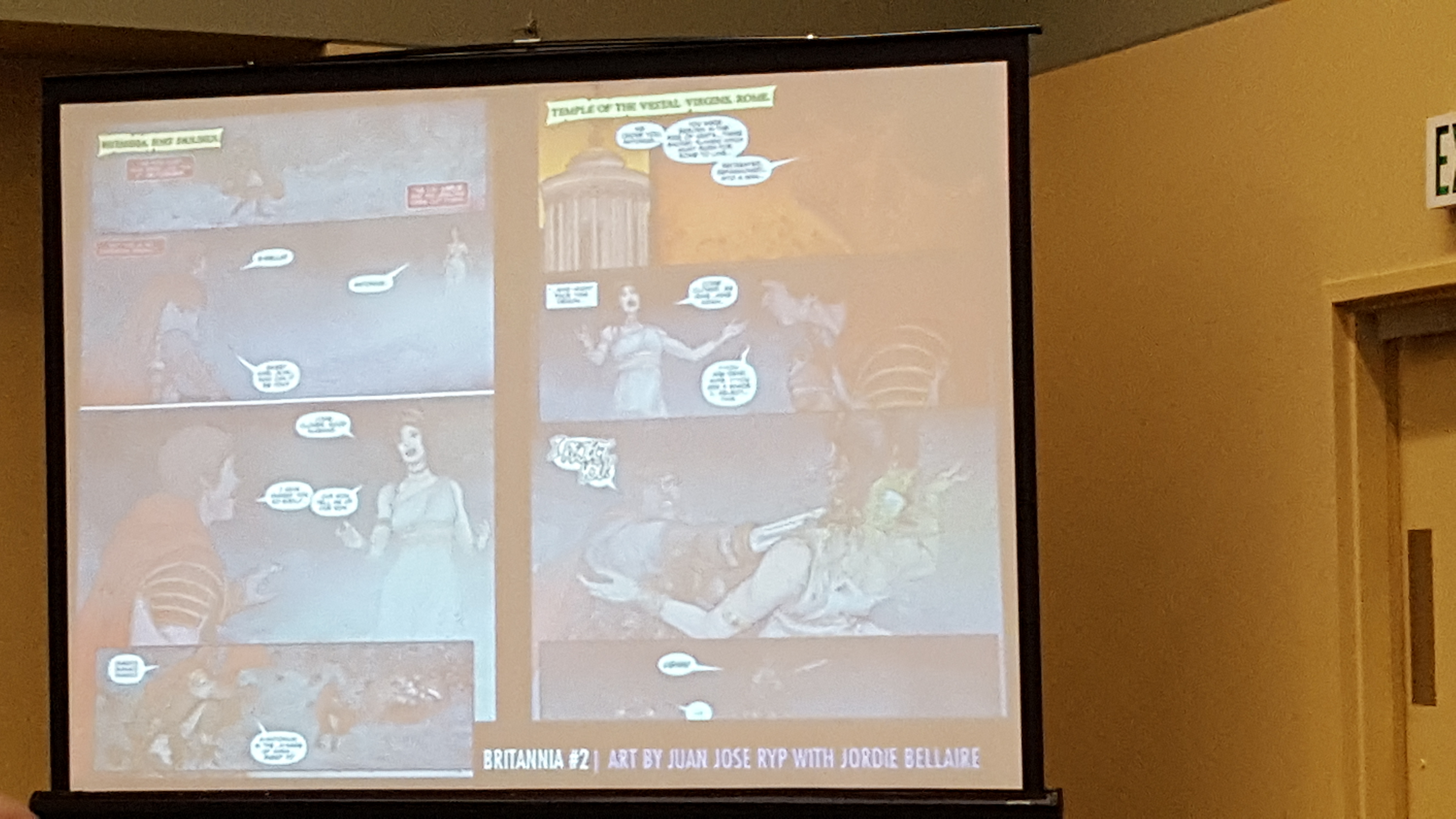 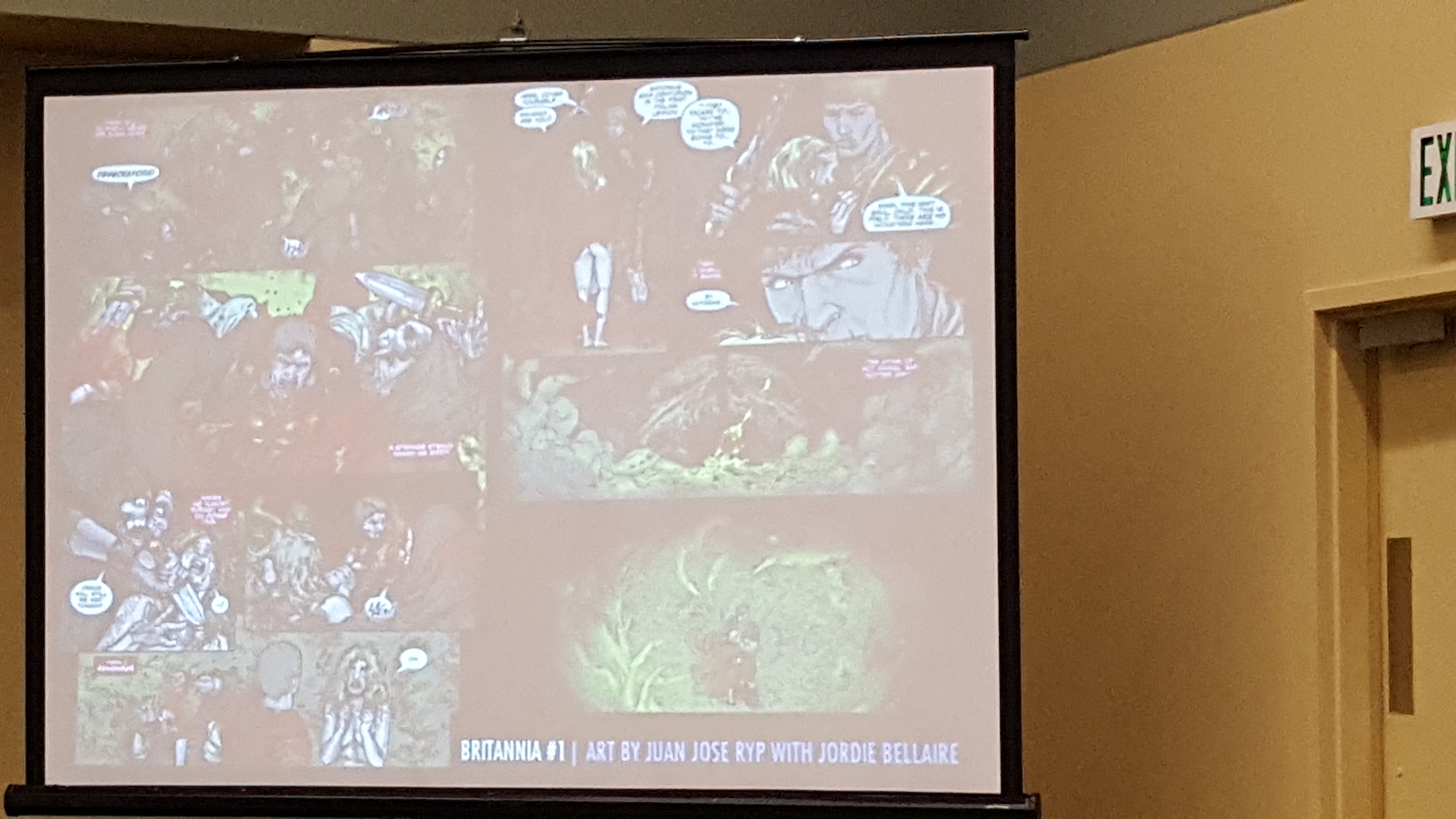 We also got a glimpse of Bloodshot U.S.A. where the Bloodshot formula will get a zombie twist. The self-contained mini-series sees everyone in Manhattan becoming raging Bloodshots. Project Rising Spirit infects the entire city so that they can swoop in and be the heroes. We will get to see appearances from Livewire, GIN-GR, and Ninjak. 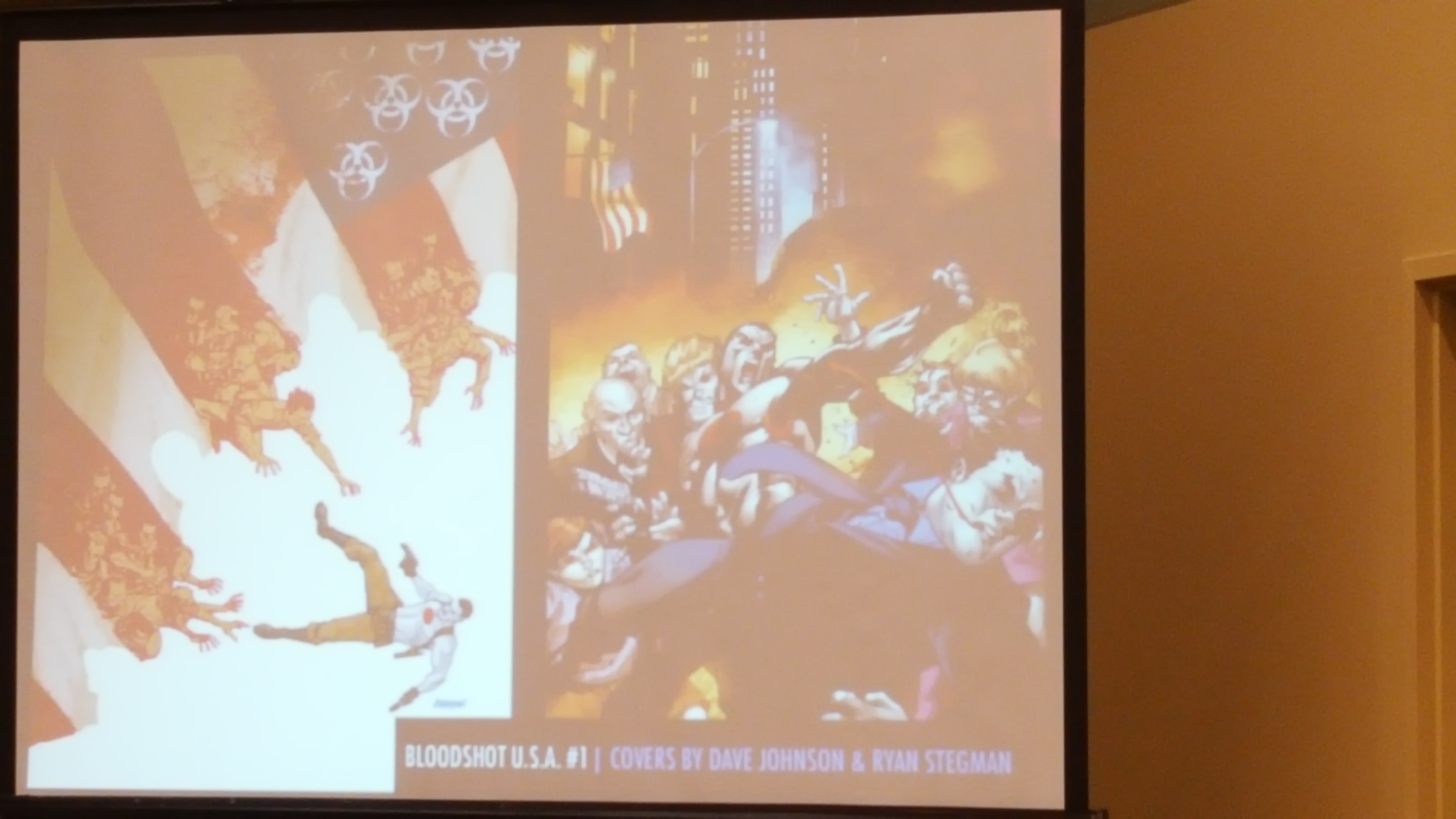 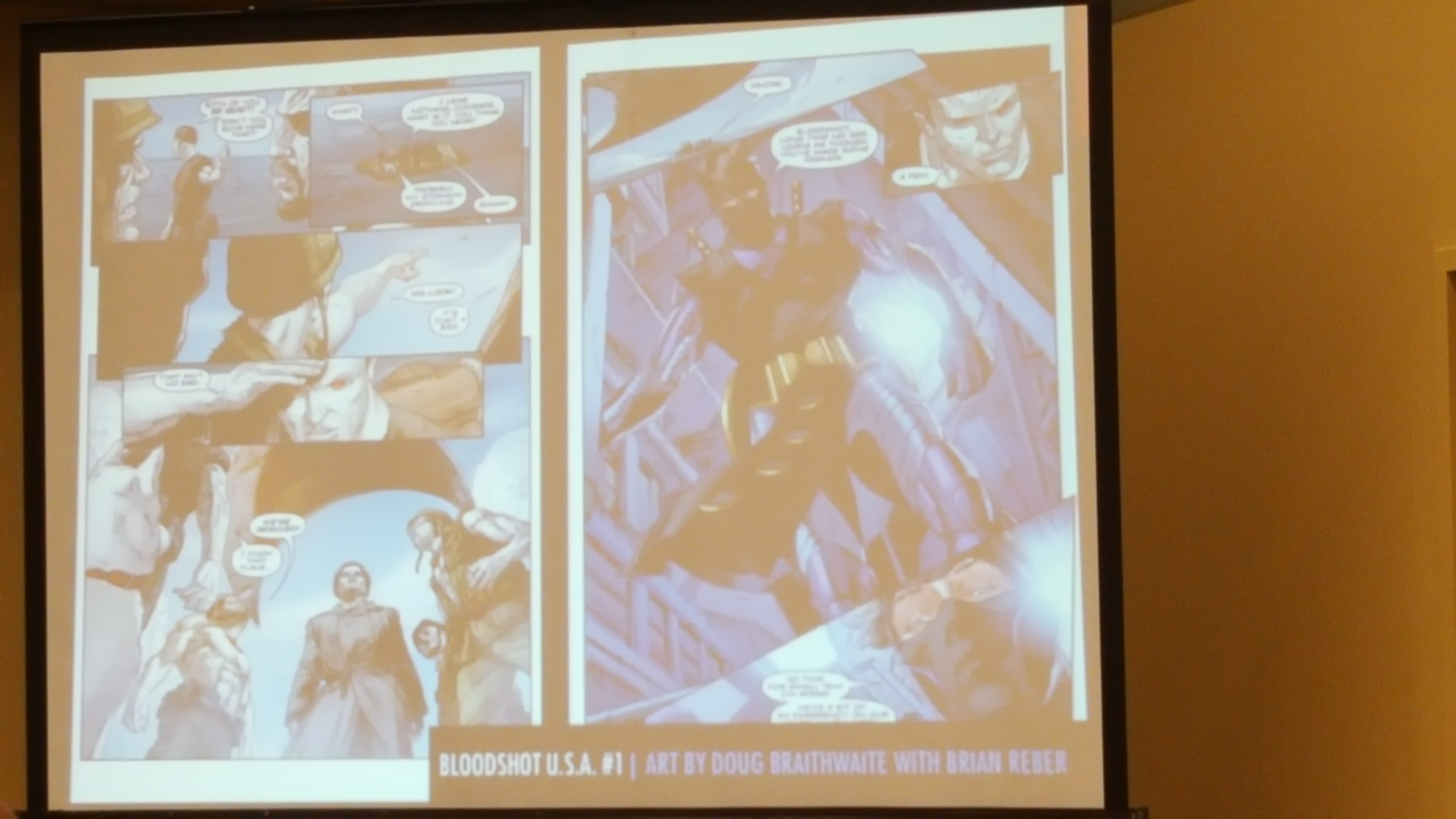 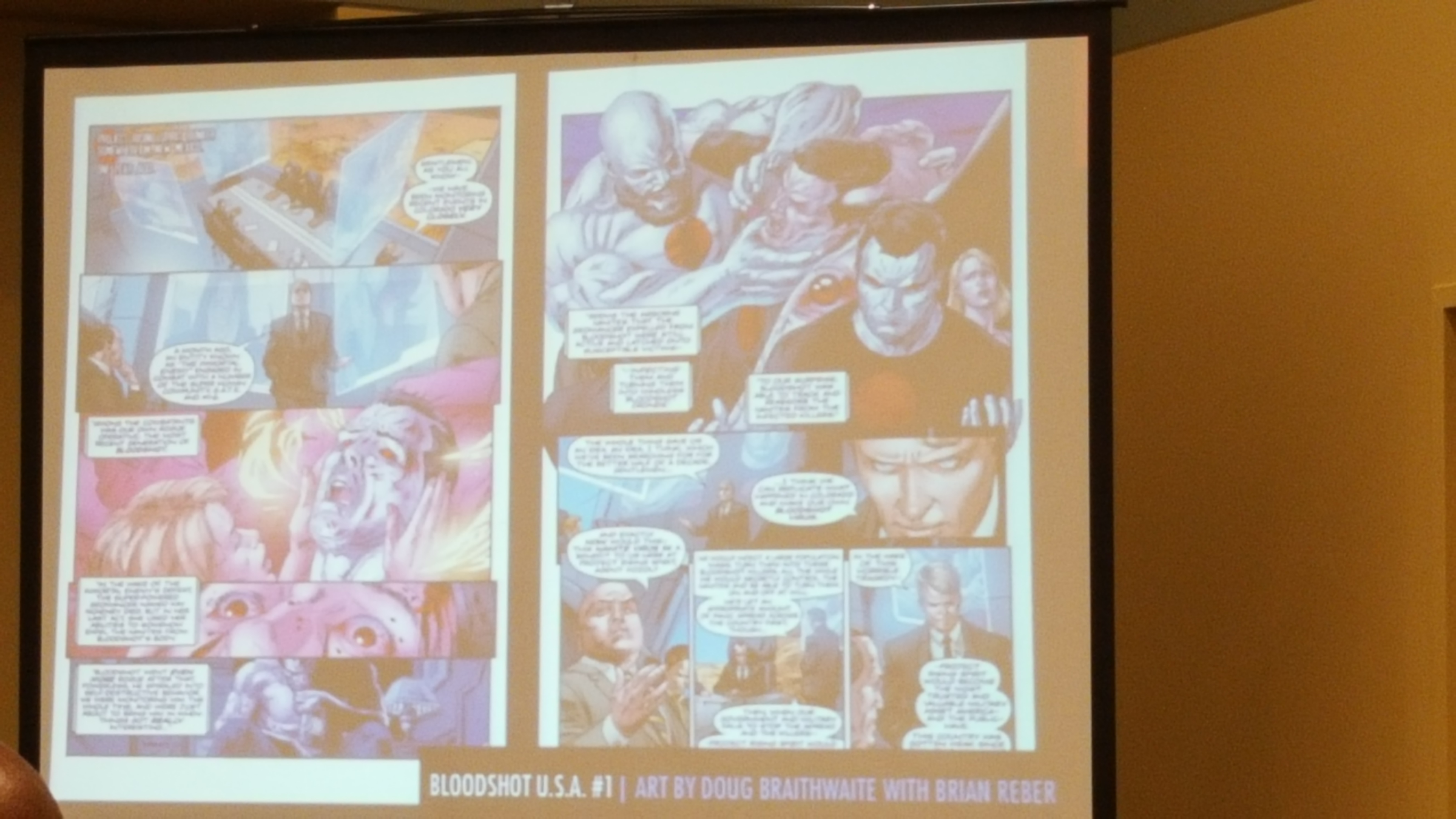 After Bloodshot, the panel moved to a brand new series, Savage, from B. Clay Moore. The title character is a brand new character that Moore described as the offspring of David and Posh Beckham who is raised by dinosaurs. In fact, Savage is the son of a French soccer player and his wife who crash land on an island full of mysteries. Moore looks to really examine how parental loss affects Savage. 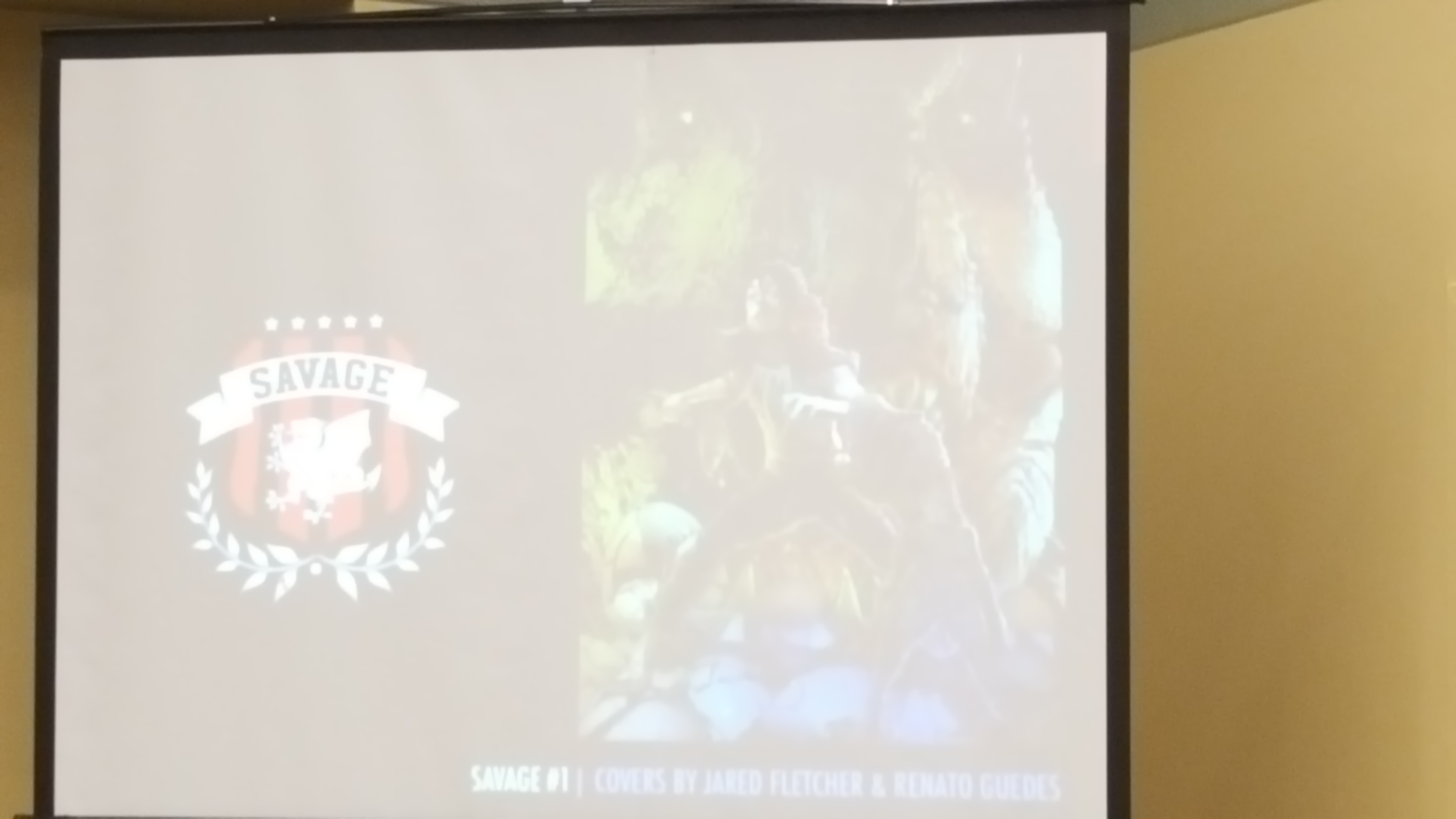 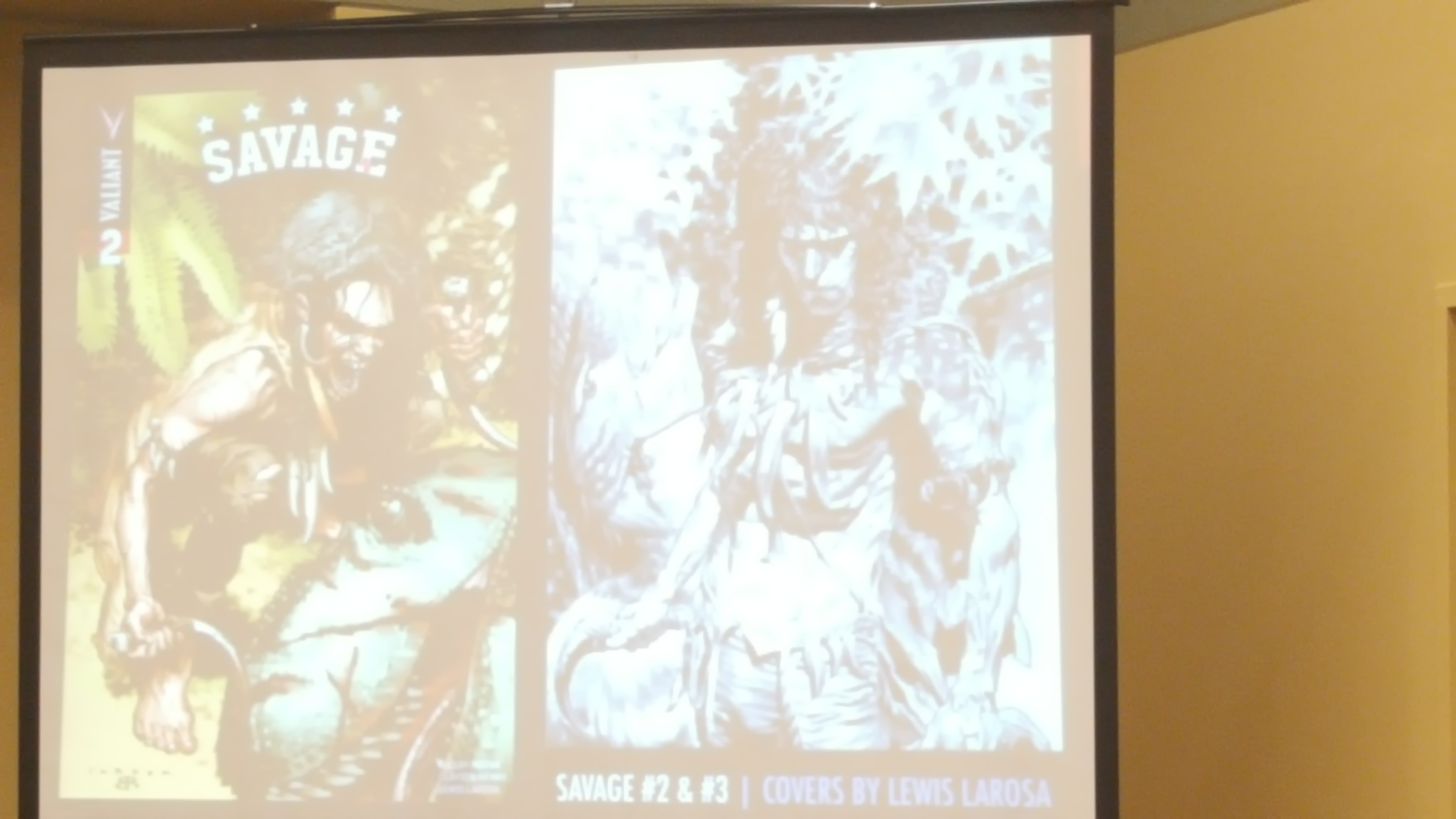 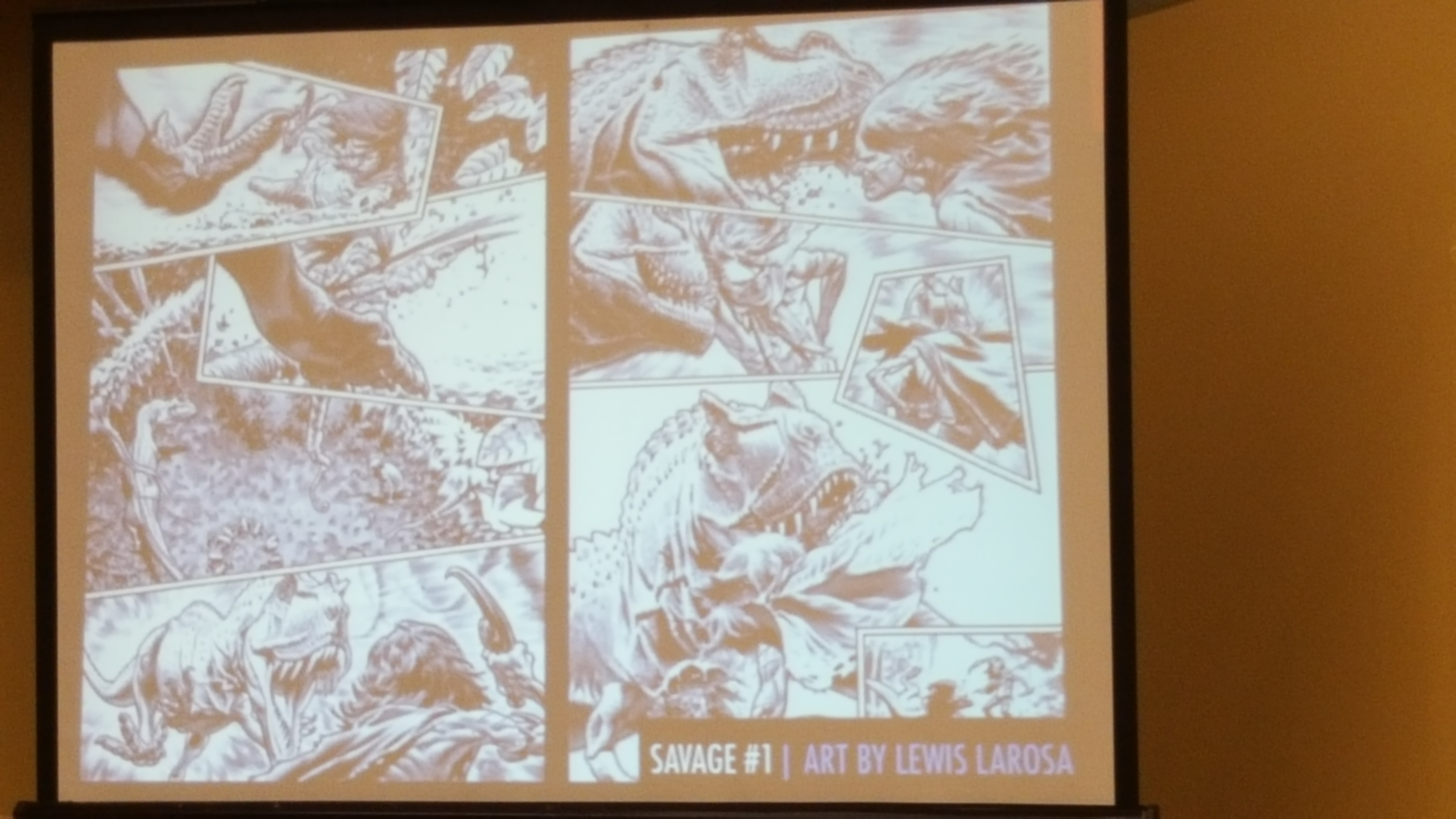 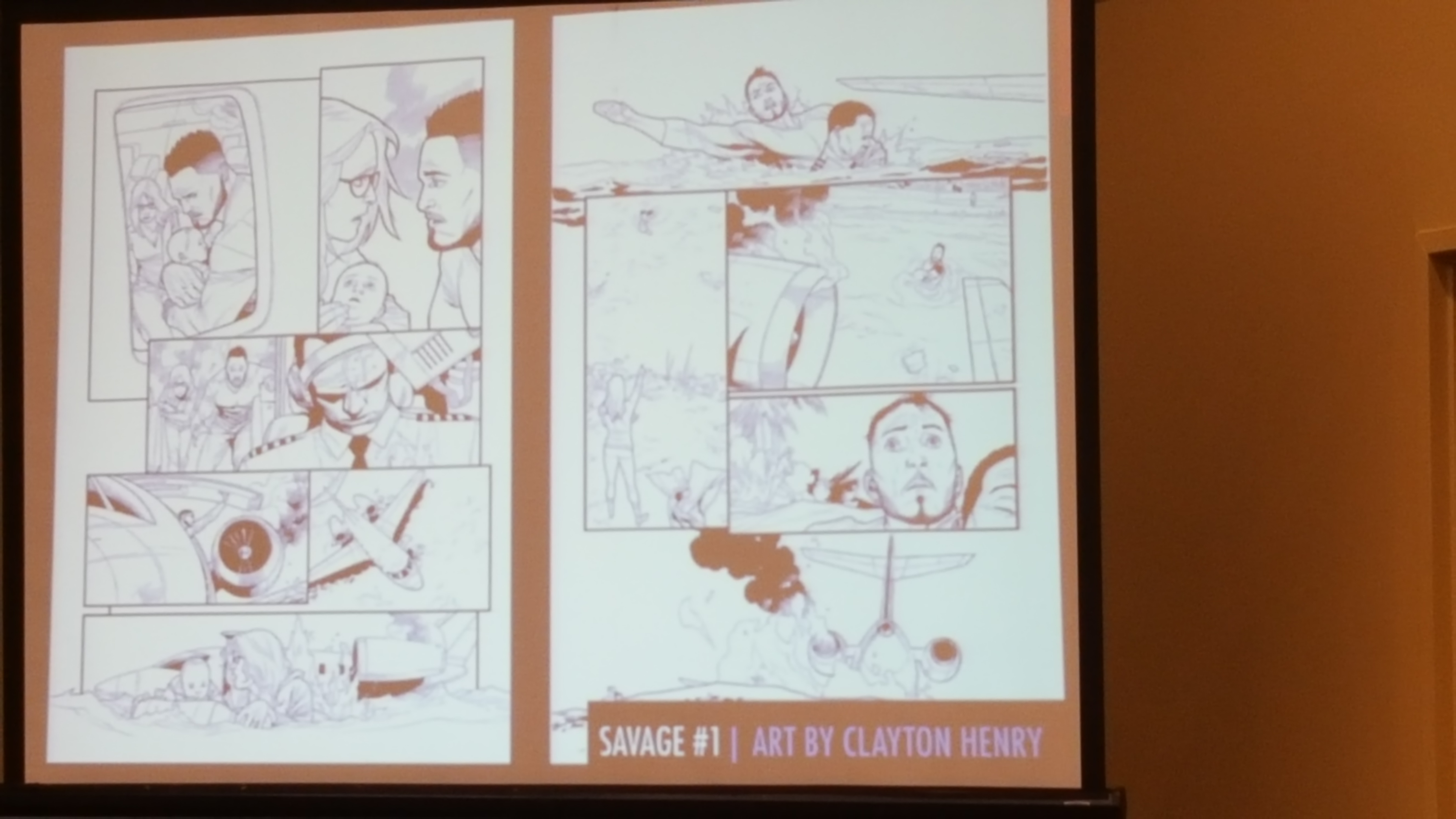 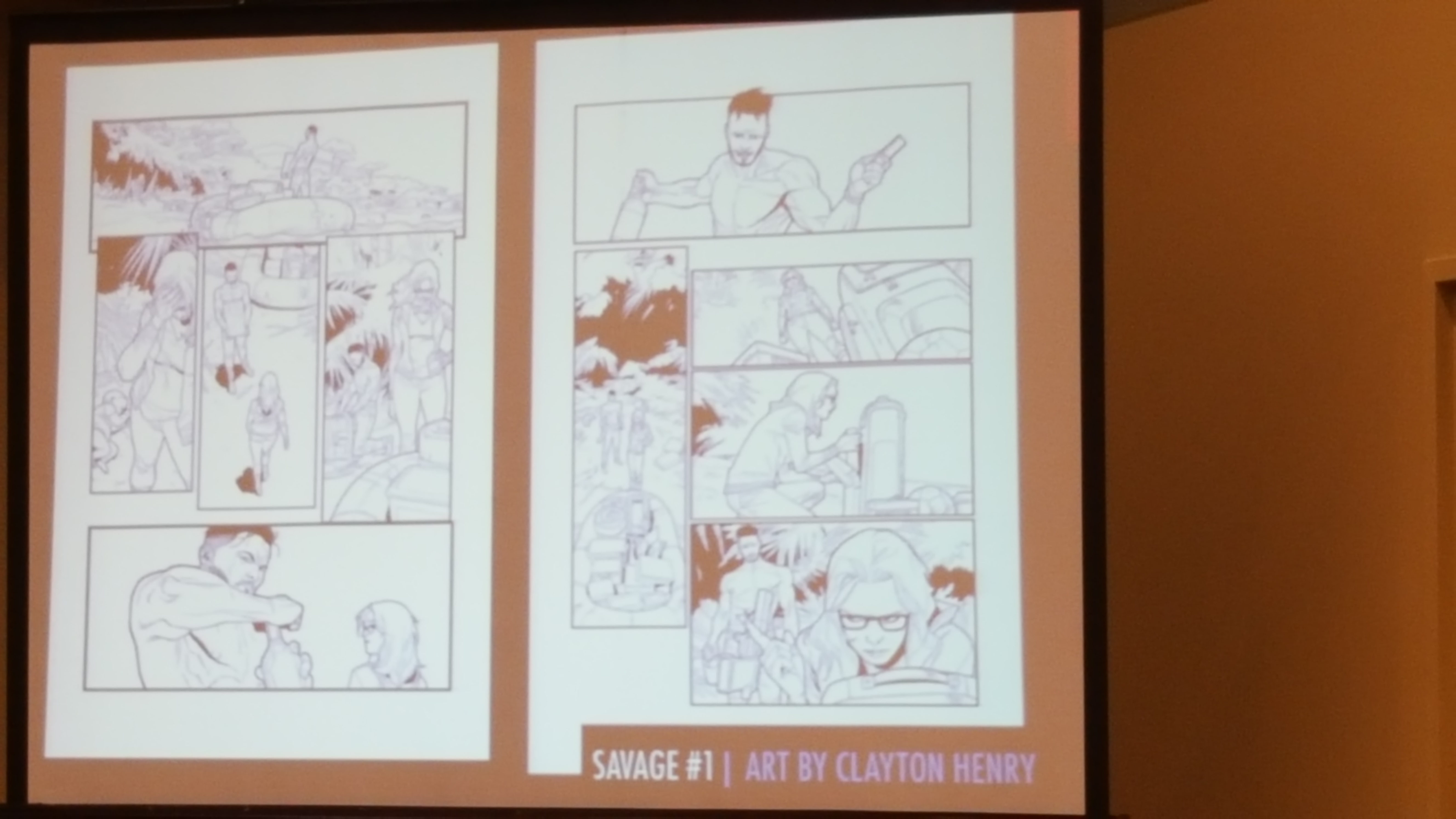 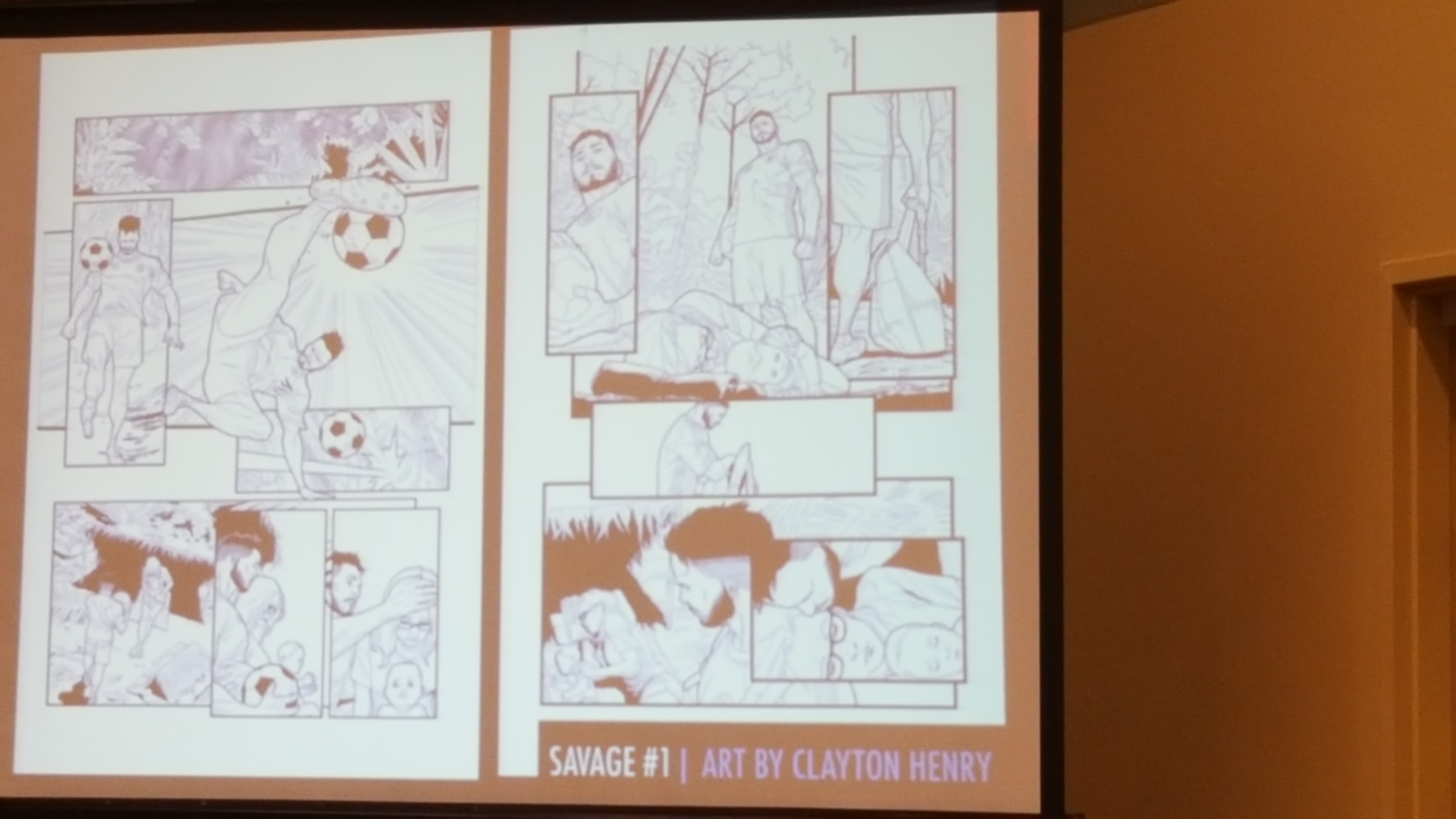 Finally, we got a never before seen sneak peek at Divinity III: Stalinverse. 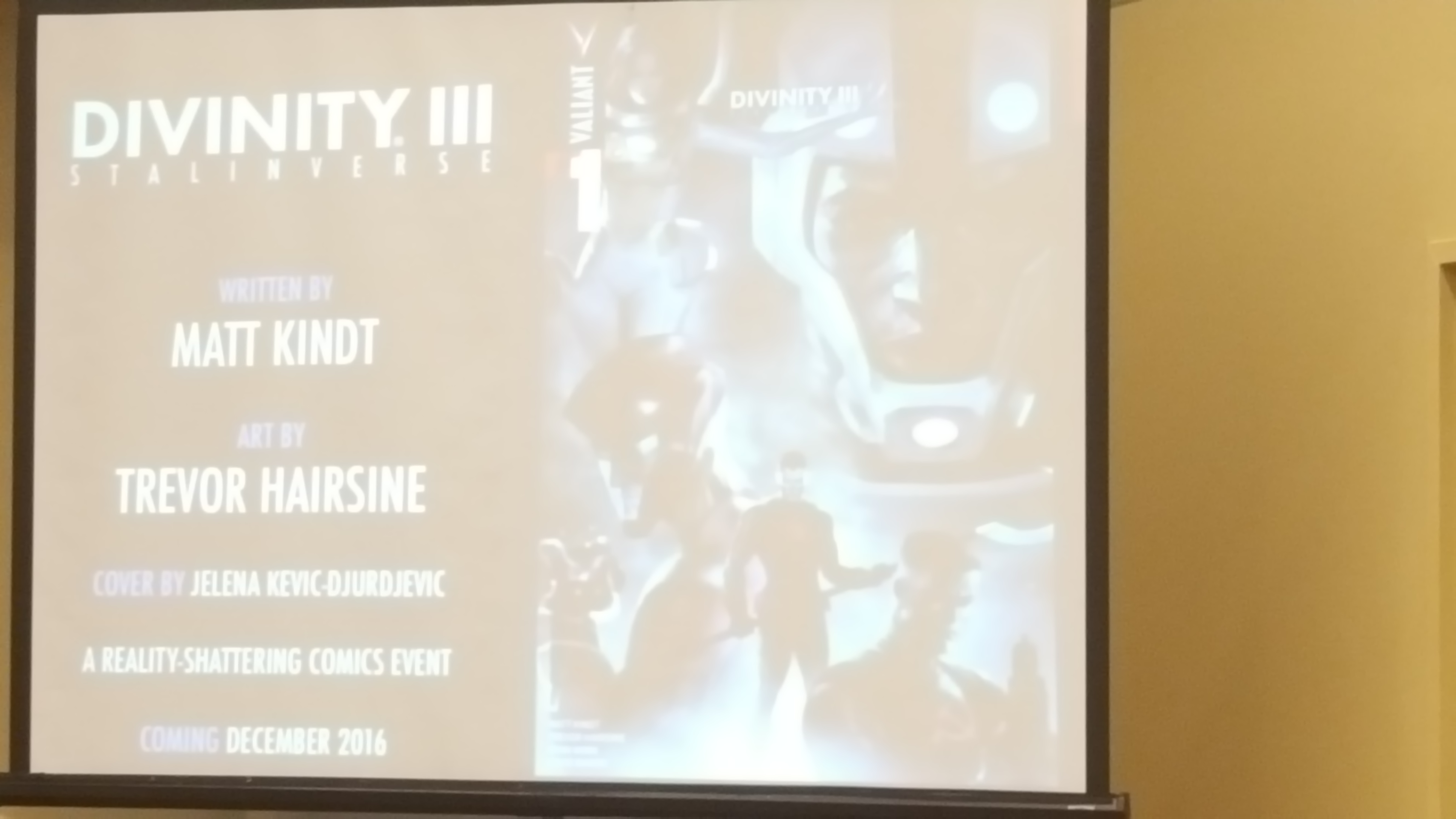 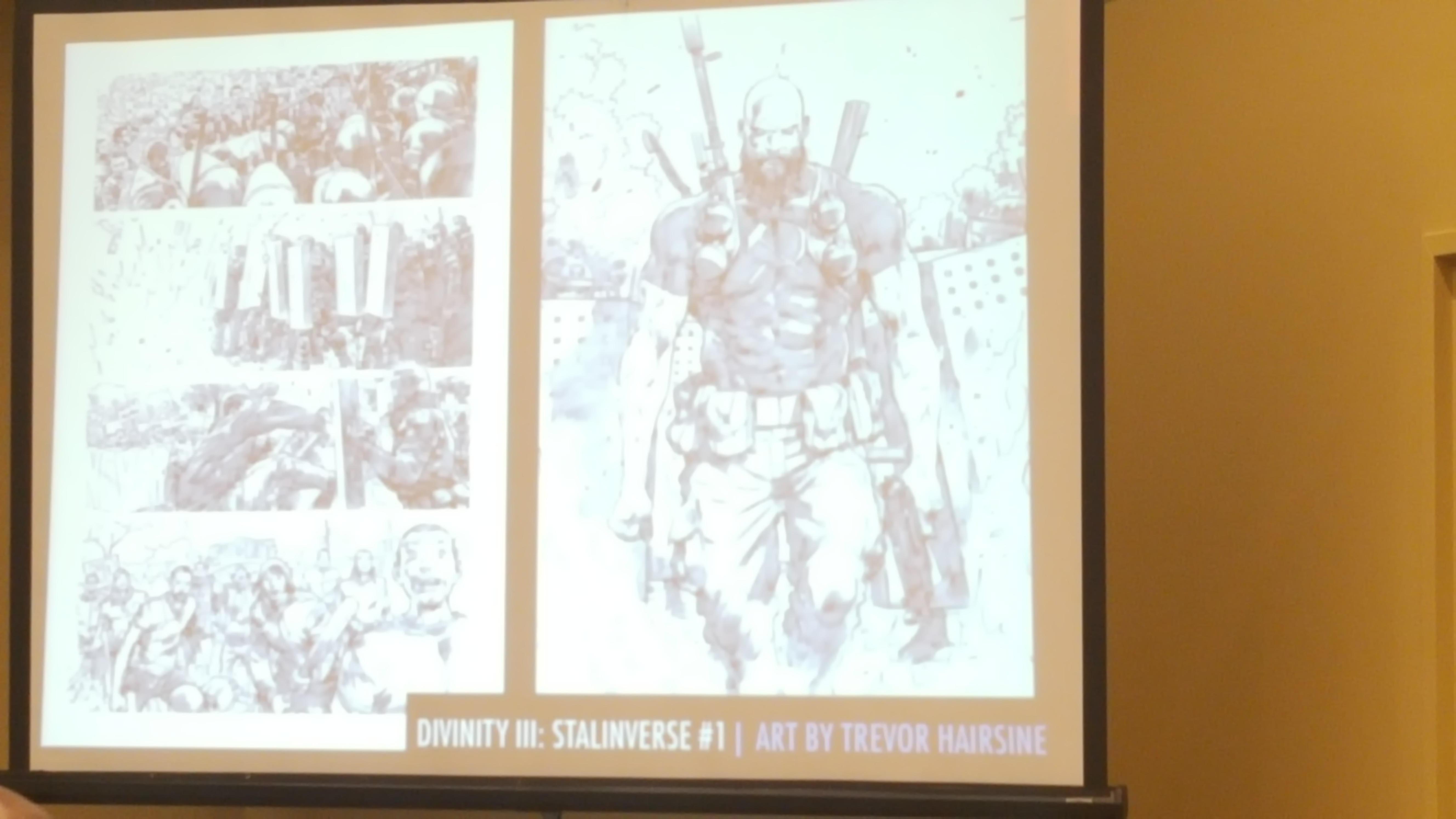 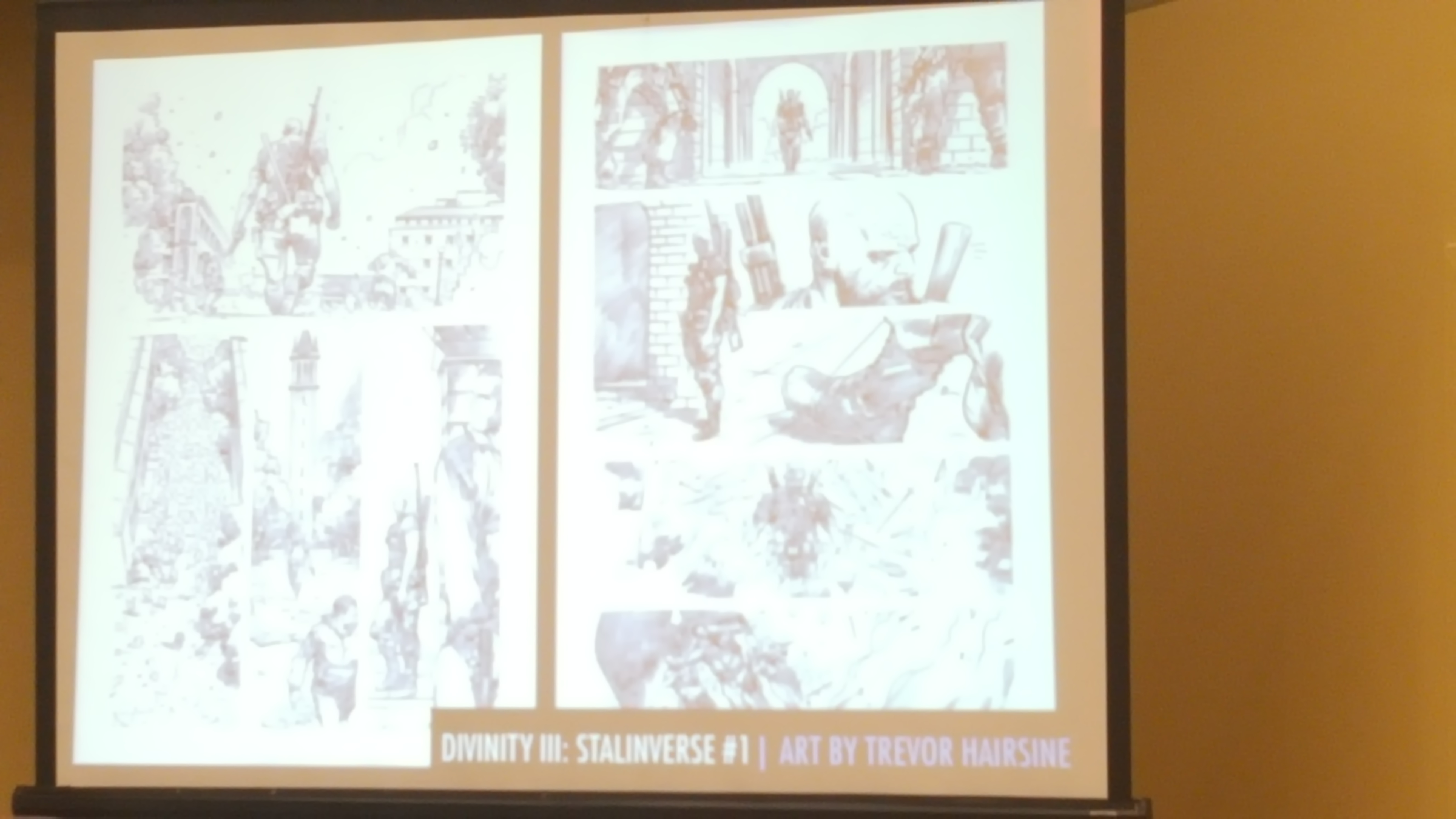