In the War of Jokes and Riddles, Joker savagely stabbed a man to death at the top of his fortified building. While he sliced the man’s arm off and tossed it out of the building, he told this sick and twisted joke.

Why Did The Man Throw His Watch 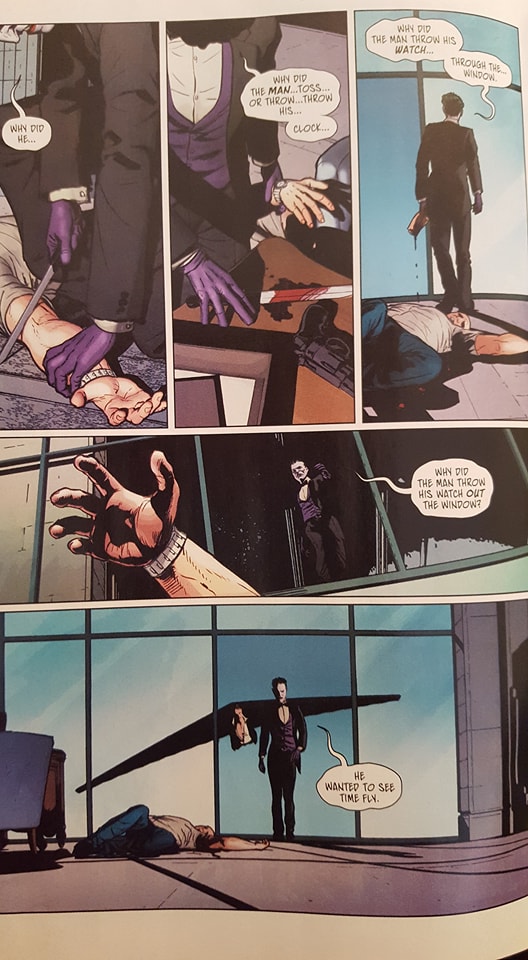 If you liked this joke, you are show to love this one: Joker’s Joke: I Was Hiking Once With Harley Quinn.

Share with your friends and family to get a good laugh from Uncle Joker!