“He asked me if I knew the difference between a joke and a riddle… I said no. He said when I figured that out, I’d understand.”

Batman. The Riddler. The Joker.

Unsurprisingly, these are the ingredients needed for Tom King’s recipe for disaster. “The War of Jokes and Riddles” has played on our heartstrings and our adrenaline. From Deathstroke and Deadshot’s incredible duel, to Kite-Man’s tragic downfall, the story is captivating on every page. Mikel Janin and June Chung are King’s perfect companions. Janin’s clean line-work craft a cinematic and simplified appeal. Together, he and Chung created an epic addition to King’s already incredible script. 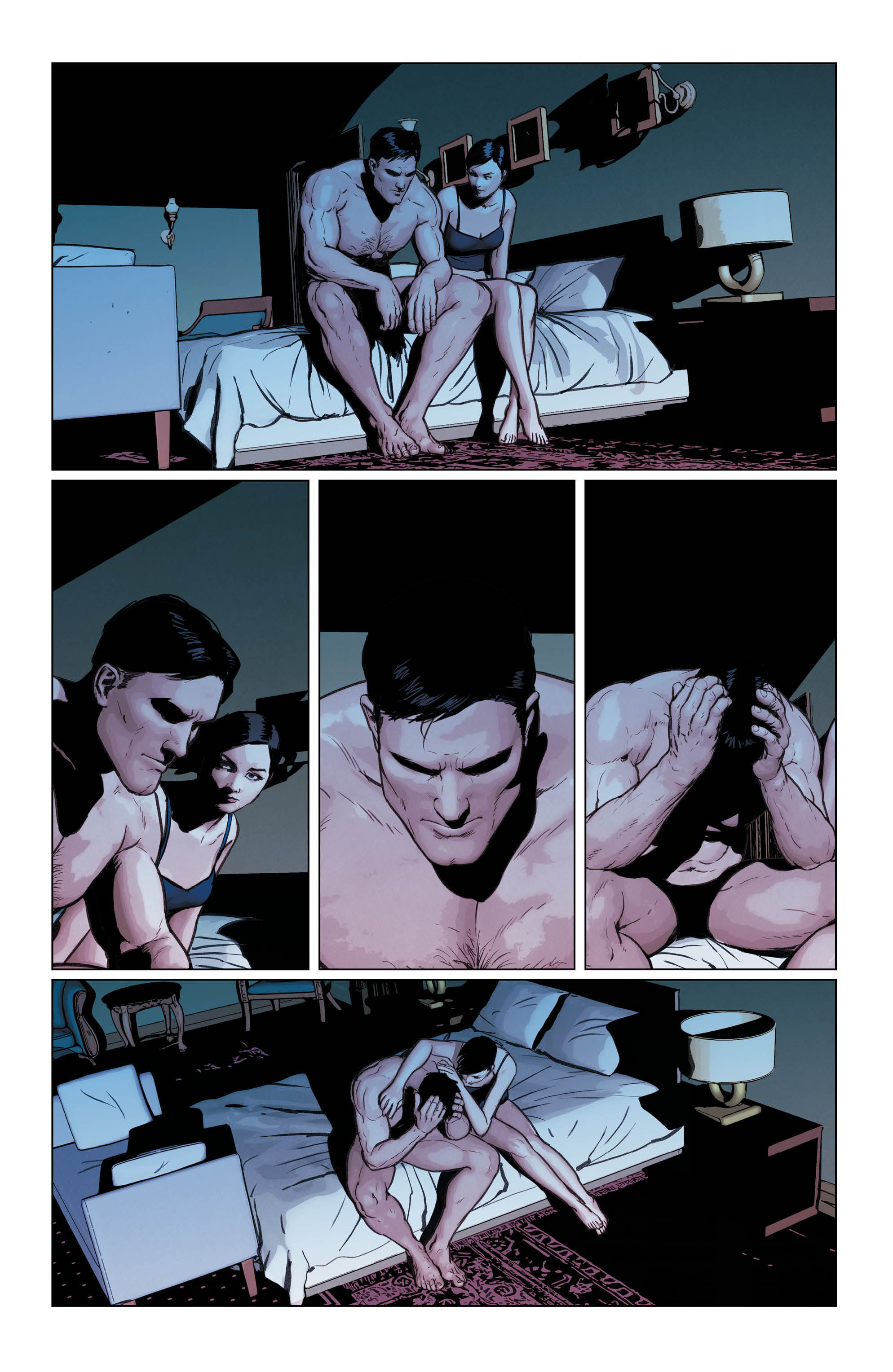 The emotionally engaging ending has already been spoiled. Whether or not Batman and Catwoman get engaged at the end, this is a remarkable conclusion to a great arc. The 3 major players have been Batman, Riddler and Joker. It’s a bold choice for the final moments of this war to be theirs alone. However, the conclusion required many pieces that needed to fall. Both clown and question-mark recruited Gotham’s worst as their personal armies.

King’s crafted a perfect chess board that whittled the game down to it’s finest pieces. Together, they make a perfect finale.

I Want You To Want Me

This entire arc is Batman’s confession to Catwoman. He isn’t the dark knight in shining armor she believes him to be. Accordingly, before she can answer his proposal she needs to know the truth. The passionate display is indicative of Batman’s honor. He’s found love. So has she. But to boldly go where he has never gone before he needs to admit his one failing. His one mistake.

The story adds weight and gravity to the Batman mythology by making him fallible. Tom King has revealed some of the kinks in the mighty warriors’ armor. With them, Bruce is a more engaging and empathetic character. 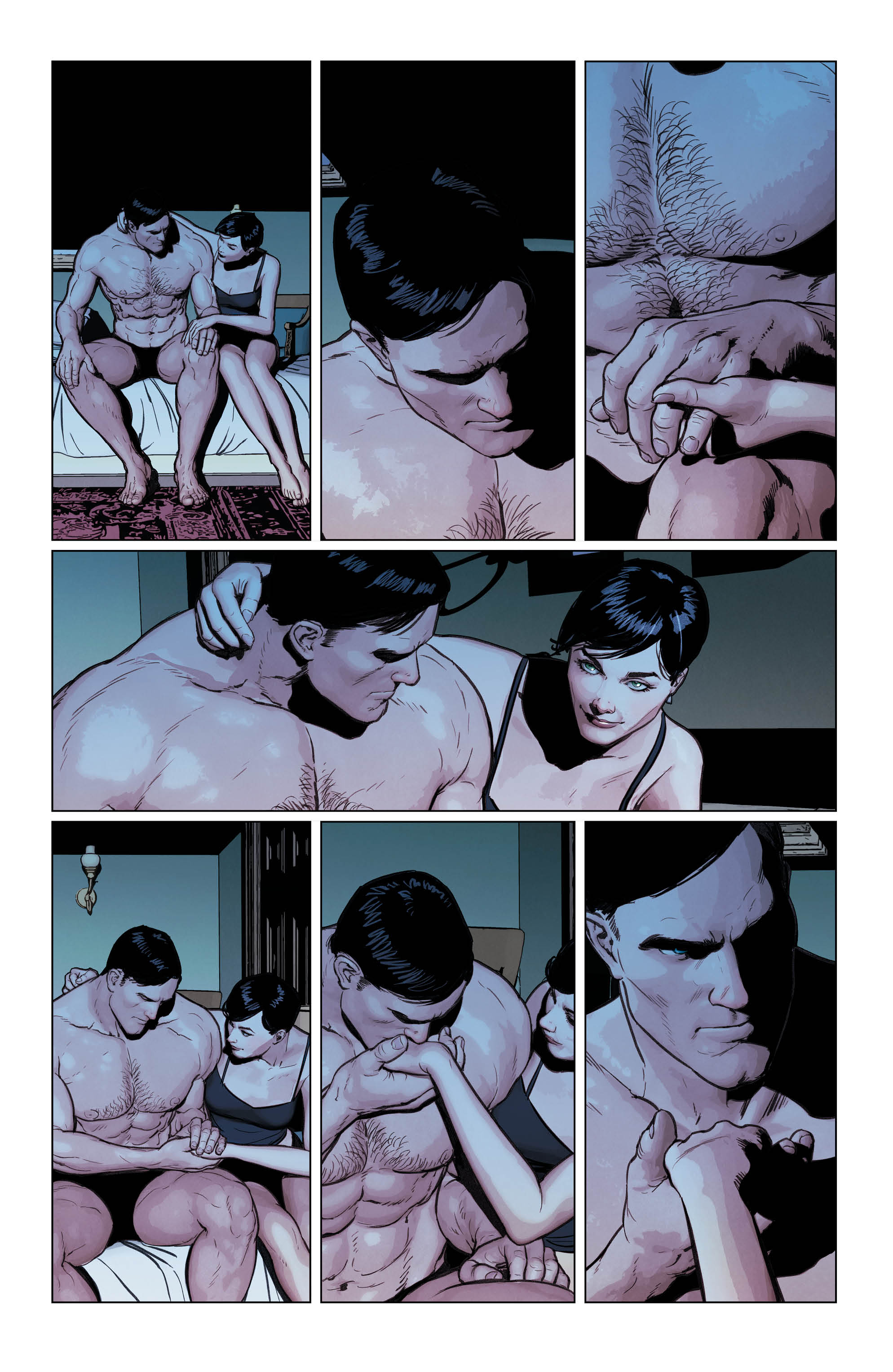 Mikel Janin has been an excellent addition to the Batman creative team. His work on the Batman: Rebirth issue was something to behold. His depiction of Calendar Man is both gruesome and down-to-Earth. June Chung’s colors are a masterpiece in their own right. She breathes new life into Janin’s already electrifying scenes. What made Grayson so wonderful were it’s spy sensibilities and incredible action. Janin has brought that energy with him to Batman and it shows.

Tom King’s run on Batman has been a wonder. From creating new characters, to molding new story-lines the writer has made his mark in comics’ biggest book. “The War of Jokes and Riddles” isn’t his greatest arc so far, but it’s his most entertaining. He deftly moves from the entertaining framework on an action romp to the slow, character work of an indie comic. In the hands of a lesser artist, King’s work could fall to pieces. Luckily, Mikel Janin has been an unbelievable partner.

Their work on Batman #31 left something to be desired. But, it built the perfect stand-off with which to begin this exciting finale. The action was tense and visceral; the dialogue hilarious and witty. The beautiful ending will leave a smile on anyone that knows the story of Bruce Wayne. The tragedy that deserves a blissful end. Much like the War itself, the creative team played their parts perfect to the laughable end.

Batman deserves the type of love and happiness fate and authors took away from him. Together, Bruce and Selina may just make it.