Oh, How The Tables Have…

Sean Murphy is one of the greatest comic artists of all time. In the last decade he’s worked with legendary writers like Mark Millar, Scott Snyder, and Grant Morrison. His incredible pencils, mixed with symbolic imagery, is what makes any issue of his a must-read. Batman: White Night #1 is no exception. It’s a surprisingly relevant take on Gotham’s finest and worst. By tweaking the personalities of two of fiction’s greatest characters, Murphy has created an unique take that begins with a loud bang.

Murphy’s Batman has always been rough. His protruding chin is lined with as much age as actual pencil-lines. His work on Batman with Scott Snyder has been brief, but showcased a determined hero willing to do whatever it takes. That comes to a head in Batman: White Knight #1. Nightwing and Batgirl have had it with Batman’s careless, reckless nature. Apparently, so has the Joker. His greatest plan yet puts Batman in handcuffs and behind the walls of Arkham. 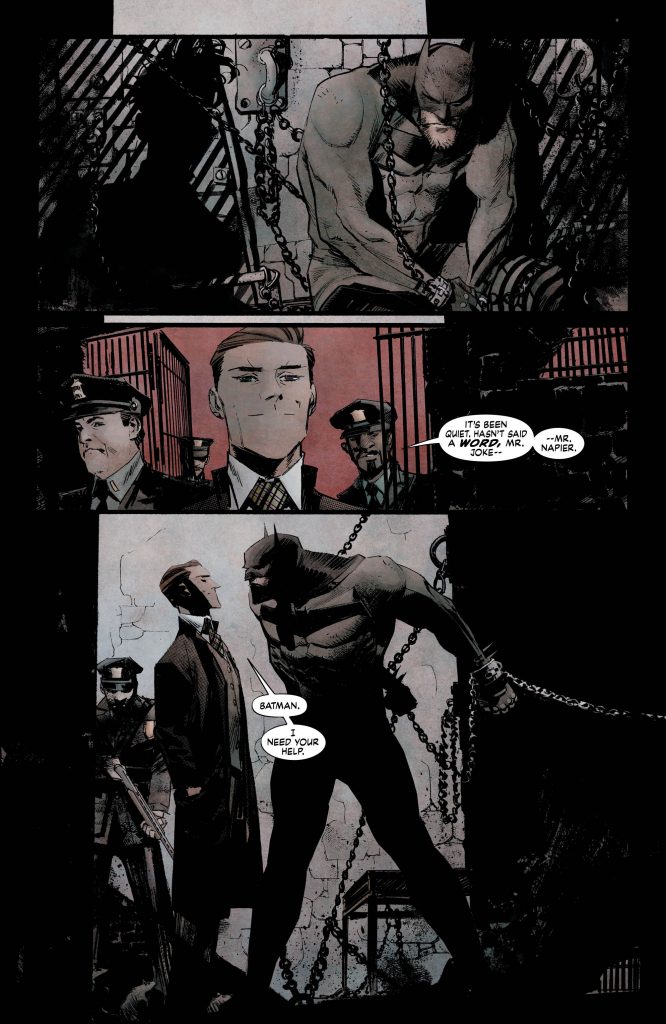 Jack Napier is tired of being the Joker. Thanks to mystery pills he’s cured of his insanity and ready to take on Gotham’s legal system. It’s an interesting concept. Murphy uses today’s views on authority to paint the Joker in more colors than just pale white. Whether or not he’s using the system to manipulate Batman and Gotham is unclear. What is clear is Sean Murphy has created a unique story unlike any of his other works. This is both social commentary and exciting storytelling at their best.

Murphy has learned how to tease a great story. There’s no mention of the overall plot; no villain outside of the rehabilitated Joker. The only introduction in this #1 is to this Gotham, where there’s no Damian or Tim in sight. Dick has left the “robining” to Barbara, becoming a leather-clad Nightwing. This is a creative way to make Murphy’s Batman distinctly rough around the edges. 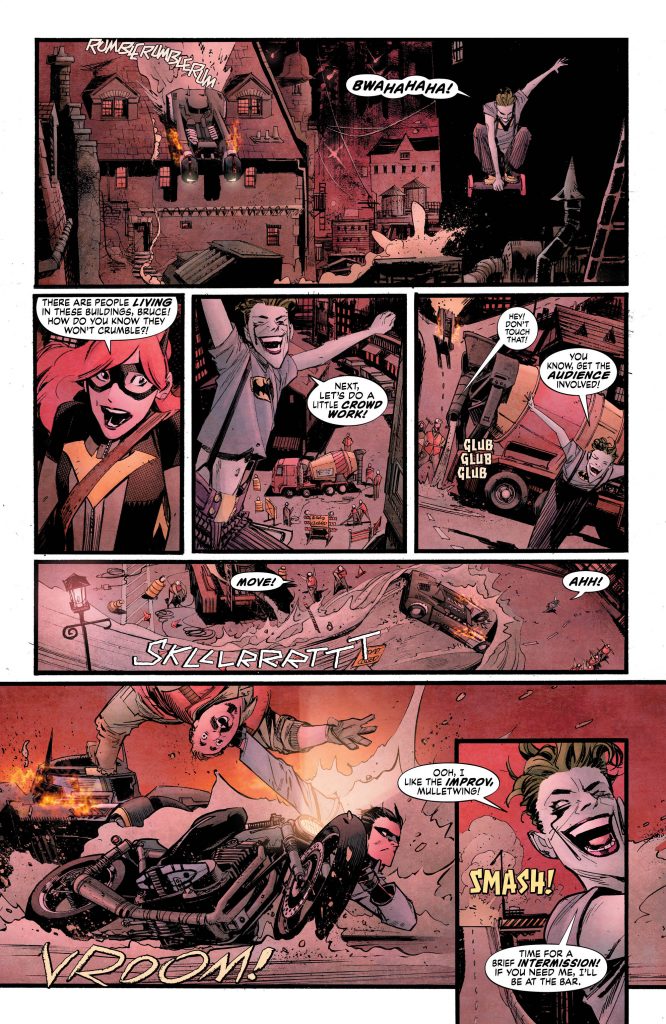 The Call of Duty

The GCPD is also in danger. Having aided Batman all these years, Gordon is just as susceptible to Napier’s legal proceedings as the Dark Knight himself. Again, Murphy’s script is apropos to today’s views of justice. He plays with our notion of Batman’s actual authority to arrest or apprehend his “victims.” The extremes he’s willing to go will work against him in this story, a “hook” not often seen in comics.

Much like the DC films themselves Murphy is delving into the kind of toll a Batman could take on a real world. Do heroes have the mandate to act as police and policy-makers? It’s a question with a surprising amount of punch in these pages. Pages filled with breathtaking art made all the better by Matt Hollingsworth’s enchantingly dark colors. Together, he and Murphy are a dream-team worthy of any comic title.

Batman is, once again, on top of the comic world. With Tom King and Scott Snyder putting their Batman’s through hell, Bruce has his work cut out for him. Sean Murphy is also challenging his caped crusader in another fashion: legally. What seems like a turn to innocence is most likely the Joker’s greatest plan yet. To take Bruce Wayne’s city away from him. As we glimpse the story’s structure has multiples timelines, we are shown the plan is apparently foolproof.

Sean Murphy is his own greatest asset. With Matt Hollingsworth on colors, Murphy’s created a gothic Gotham with the creepiest corners ever seen. His words are wonderful; his lines are legendary. Sean Murphy is making a name for himself unlike any other in comics’ today. Batman: White Knight #1 is captivating storytelling and eye-popping artwork by a true master of both.