Luke Cage looks like he’s going to have some great company! Coming off their rocking first encounter in The Defenders, the pair will again be reunited.

Entertainment Weekly reports Danny Rand will be in at least one episode of Luke Cage’s second season. There is even a photo that shows the Unbreakable Man and the Immortal Iron Fist starring one another down. I cannot tell if they’re going to fight or hug, you let us know. 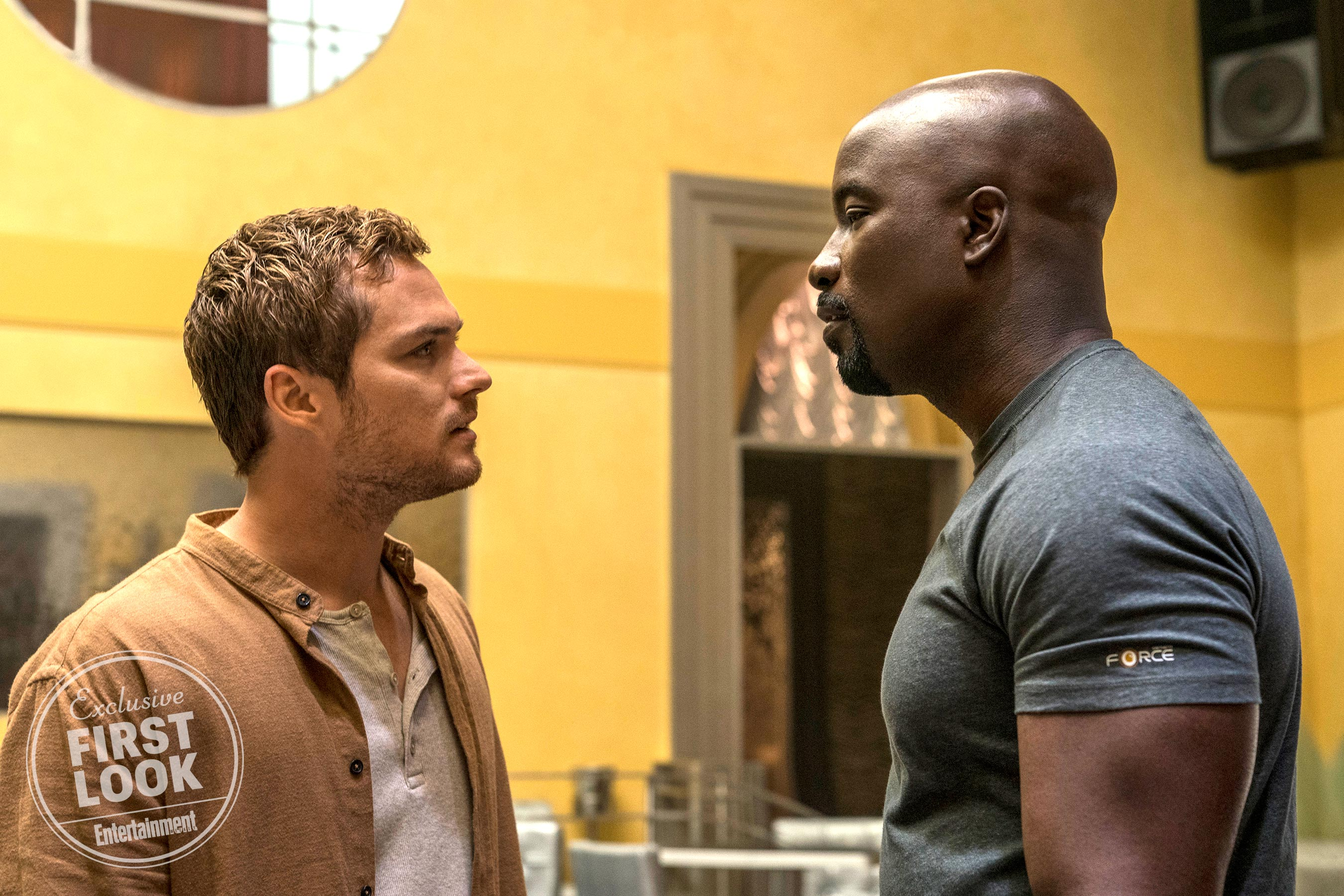 When the two first encountered each other in The Defenders, it wasn’t pleasant for either hero.

After their less than positive introduction, it’s fun to see members of The Defenders appear on each other’s shows. This gives us the idea that even though time has passed since the end of each season, they still interact and are connected.

The relationship between Luke and Danny in the comics is pretty important, and I hope that this is a sign that the shows will be following the rich comics tradition. The pair’s dynamic was pretty good when I watched them in The Defenders and even helped Danny’s character develop a bit more. The two have always been better when paired together than separate. I’m sure the writers aren’t going to follow the comics line by line, but instead, use the source material as inspiration.

This makes me wonder, will we see more crossing over between The Defenders? I could imagine Jessica Jones paying a visit on Daredevil since she’s a private eye and he’s a top notch lawyer. Are there any other combinations you’d like to see?

You can get your next Netflix/Marvel fix with The Punisher, which is set to debut sometime this November.