G.I. JOE: A Real American Hero and The Six Million Dollar Man also known as Steve Austin will team up for a new four-part crossover between Dynamite Entertainment and IDW this January.

Ryan Ferrier will team up with long-time G.I. JOE: A Real American Hero artist SL Gallant for the four-part crossover. Ferrier is no stranger to crossover comics. He’s already working on IDW’s crossover with BOOM! Studios, Kong on the Planet of the Apes. And he’s written Godzilla Rage Against Time and he’s currently working on WWE Royal Rumble 2018 Special. 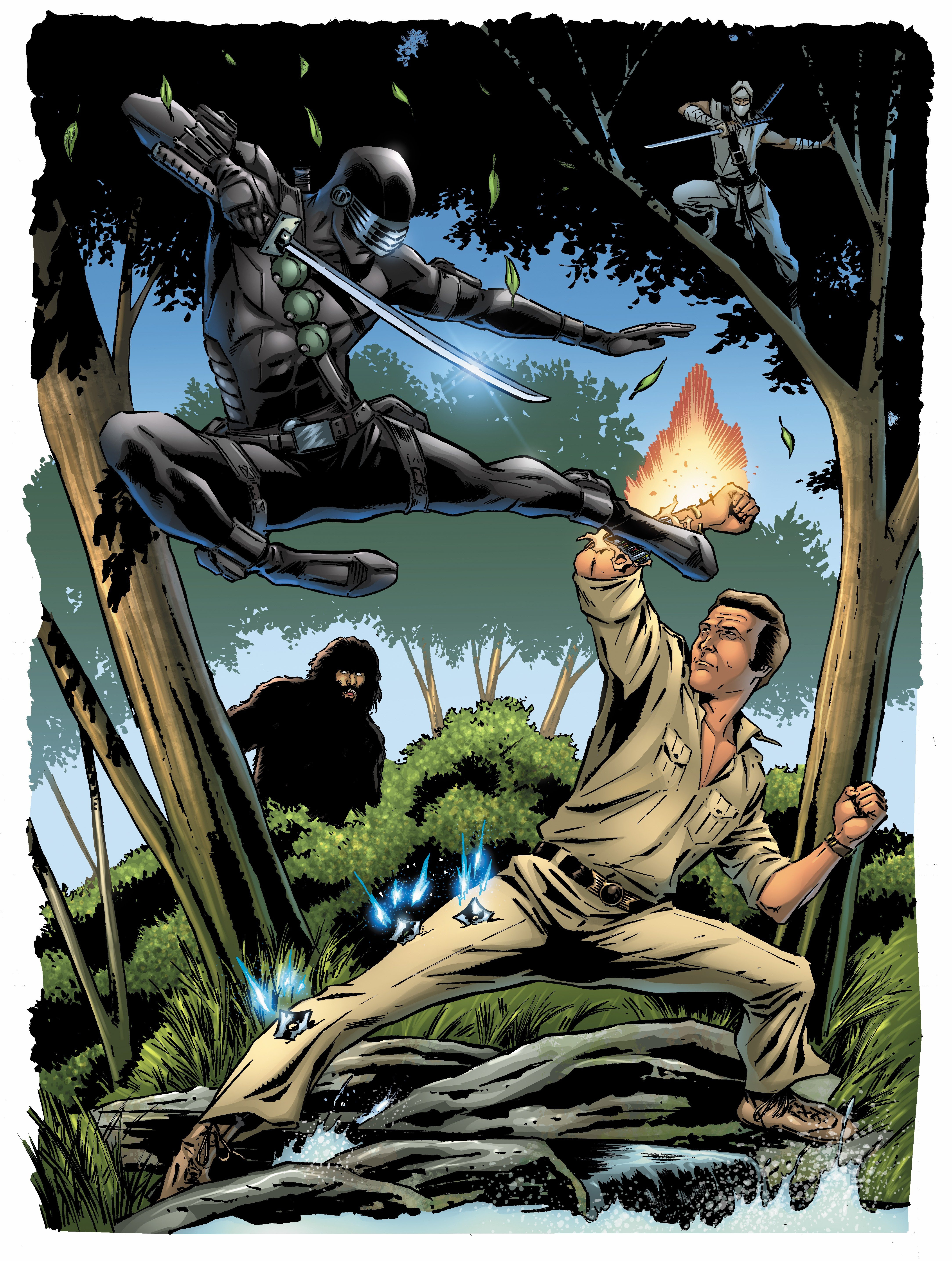 It appears the G.I. JOEs won’t be very friendly with The Six Million Dollar Man when they first encounter each other. Snake Eyes appears to be giving as much as the bionic man can handle. But they won’t stay enemies for long, the two will team-up to take on an as of yet-named foe. It’s possible they might take on Bigfoot as he looks on at Steve Austin’s fight with Snake Eyes. I wouldn’t be surprised if we see Cobra and Bigfoot working together to take down the JOEs and Steve Austin.

The Six Million Dollar Man and Bigfoot have a long history with each other.

“To say Shannon and I are having fun with bringing these two iconic properties together would be a massive understatement,” said Ferrier. “We are going full-tilt and no-holds-barred with this story. It’s everything we love about G.I. JOE, the classic characters, and massive action, colliding face-first with the steel-infused, secret agent coolness of The Six Million Dollar Man. We are chomping at the bit for everyone to read this comic with a kung fu grip.”

“Ryan and Shannon have found the perfect story to tell,” said IDW’s Editor in Chief, David Hedgecock. “Fans both new and old are going to be amazed at what this creative team is putting together. This series beautifully blends all the classic tropes of the characters while simultaneously creating something exciting and fresh. We are thrilled to be working with this team and with the fine folks at Dynamite to bring this series to the fans.”

The G.I. JOE/Six Million Dollar Man crossover will feature variant covers by John Cassaday, Ken Lashley, and Mike Zeck. There will also be special action figure covers that you can order from your local comic shop. The action kicks into high gear January 2018.