“All right then. If you’re all Bruce….That means there has to be some good in you…somewhere.”

Scott Snyder’s Dark Nights: Metal event has been epic. Every member of the Justice League has to face their own counterpart. Every one of Batman’s nightmares or dreams, have come to life. The entire DC Universe is facing a hell unlike anything seen before. It’s been awesome.

However, the plot is beginning to catch up to the series. Incredible designs by Greg Capullo make the Dark Nights interesting, but it’s the story that keeps the reader engaged. In Dark Nights: Metal #3, Scott Snyder begins to pull away the curtain. The plot revealed is one a bit too complicated for its’ rock origins. Whereas something simple would be apropos, instead we have a cross-examination of the entire Universe.

It’s Good to be Bad

Snyder’s horror origins are showing. The obstacles and demons the Justice League are facing is the work of a madman, and writer Scott Snyder is just that. A mad scientist who’s concocted wonderful characters for this worldwide event. However, the fight seems to be a bit more complicated than previously assumed. This issue finds Superman and Wonder Woman fighting the good fight before being whisked away. 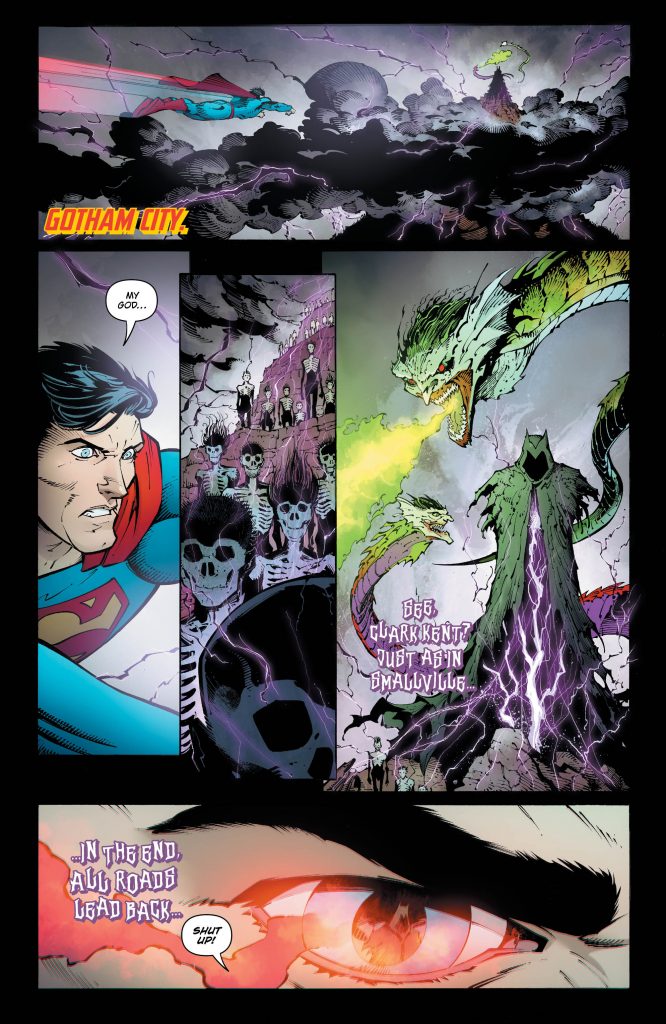 Surprisingly, there’s not much fighting to be had in this issue. Superman takes his fair share of licks; the Dark Nights leave a path of destruction. However, it’s not enough to compensate for an exposition-heavy entry into the story. Snyder’s having fun letting his Dark Nights wreak havoc across the world, but it’d be nice to see some of it.

They’ve Got the Look

Visually, the comic is incredible. Greg Capullo and inker Jonathon Glapion once again make magic. Every panel is covered in exciting action with a heavy metal touch. Since the New 52 Batman days of old this team has been making an incredible impact on DC comics. Their lively and antiquated approach is a good juxtaposition to the realistic work of Jim Lee. 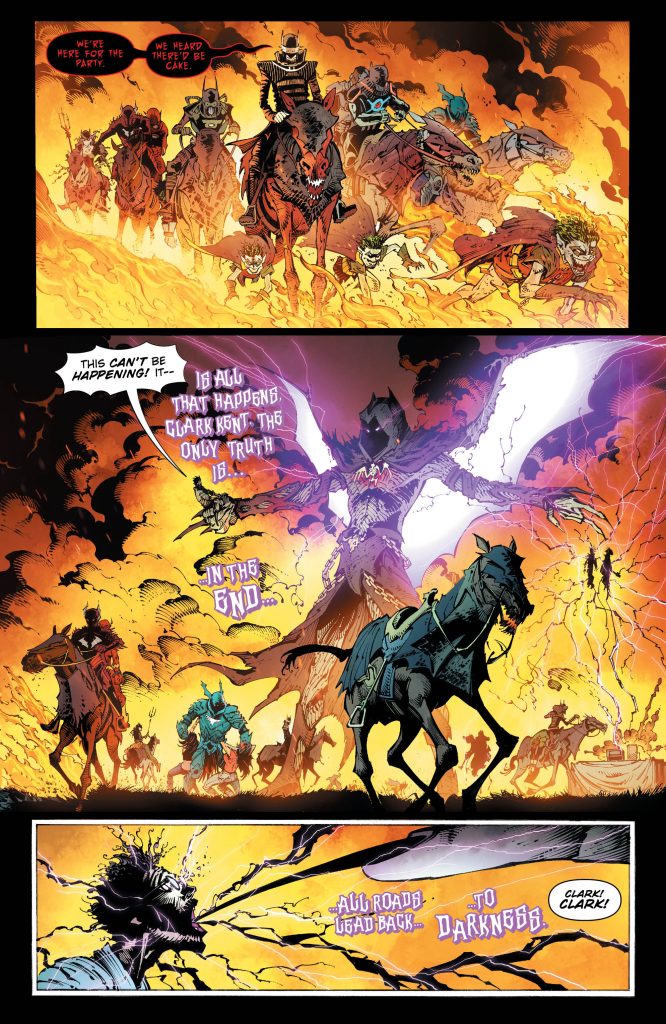 FCO Plascencia is just one of the amazing colorists DC has working for them. Jordie Bellaire, June Chung, Brad Anderson and FCO Plascencia are remarkable artists in their own right. Each one of them elevates the titles that feature their work, giving a vibrant touch to the already eye-popping work of their partners. DC’s books are gorgeous, and Dark Nights: Metal #3 is no exception.

Full steam ahead. The pages of Dark Nights: Metal #3 are, and will always be, engaging. Scott Snyder and Greg Capullo will see to that. Together, they make comics come to life with witty and massive stories featuring awesome and spectacular art. There may be bumps in the road, but the journey is always worth it. The Dark Nights that plague the DC Universe are some of the coolest villains to have graced their pages. But their design alone isn’t enough to make the story engaging.

Scott Snyder knows how to keep the reader reading. His pages mix DC history with modern sensibilities. This event may have more players than his usual works, but he places them well. The story he’s crafted is a little complicated, a little slow. However, Snyder’s operatic approach to storytelling can have imaginative roads and paths. Making minor bumps easily forgivable.